Sialk Hills; An Investigation through the Old Times

Kashan, a city of historical houses, has so much more than classic mansions to offer. Natural sites like Fin Garden and the Maranjab Desert and historical attractions like Sultan Amir Ahmad Bathhouse and Sialk Hills are only a few of the numerous touristic attraction that Kashan encompass. In this article, we are going to describe all the information you need to know to choose Sialk Hills –one of the four Persian Ziggurats- as your next destination.

Where is the Sialk Site?

In the southwestern part of Kashan, right on the Kashan to Fin Garden road, you can find Sialk Hills which is called “Tappe Sialk” in Persian. From a distant view, it is more of a ruined site, while when you look closer you can find marvelous artifacts unfolding the stories of people who lived long ago. It was kept unknown until 1930 when a flood in an agricultural farm unfolded the story of Silak Hills with a history belonging to 7500 years ago for pre-Achaemenid Era. Here the story begins, ….. 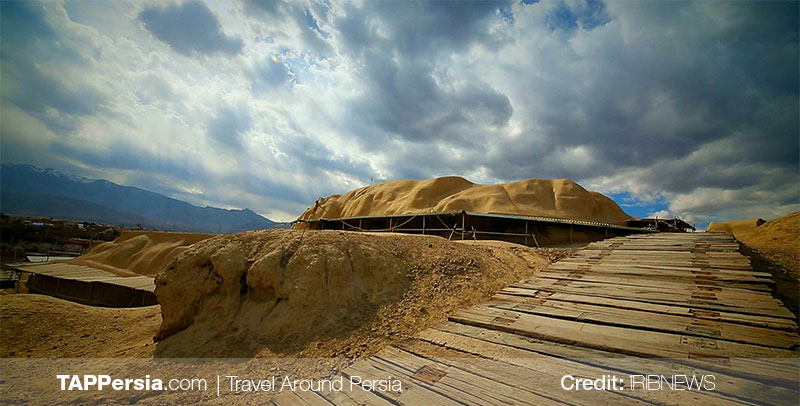 Even before being discovered, something was odd and mysterious about Sialk Hills. The hills were considered as a “cursed place” among the locals where people preferred not to get close to. Unfortunately, that is the reason why it got attention after such a long time.

There are two northern and southern parts with two cemeteries in Silak Hills. The excavations of the north hills document a history belonging to 7500 years where residents have left there about 6100 years ago. On the other hand, people living on the south hills kept living there and so many of the people in northern parts migrated to the southern hills. The two hills have a distance of 600 meters. Archaeologists have excavated two graveyards right next to the hills which date back to 3000-3500 years ago

What is a Persian Ziggurat?

As mentioned above, Sialk Hills is one of the four Ziggurats in Iran. You might be wondering what actually a Persian Ziggurat id?! Well, Ziggurat is a rectangular stepped tower made of clay with a tower on center and top. It was actually a sacred place for worshipping during the Elamite civilization.

The shape of the Ziggurats built in cities of Mesopotamia is in the pyramid. There are four ziggurats in Iran namely Tchogha Zanbil (1250 BC), Susa Ziggurat (1800 BC), and Haft Tappeh (1375 BC). Archaeologists have also found the fourth ziggurat of Iran in Silak Site being built around 4250- 5000 years ago by Elamite civilization.

Sounds quite an adventure, right? Well, it is. Make sure to step in this ziggurat carefully and listen deeply, maybe the winds associate some of the unfolded stories for you! 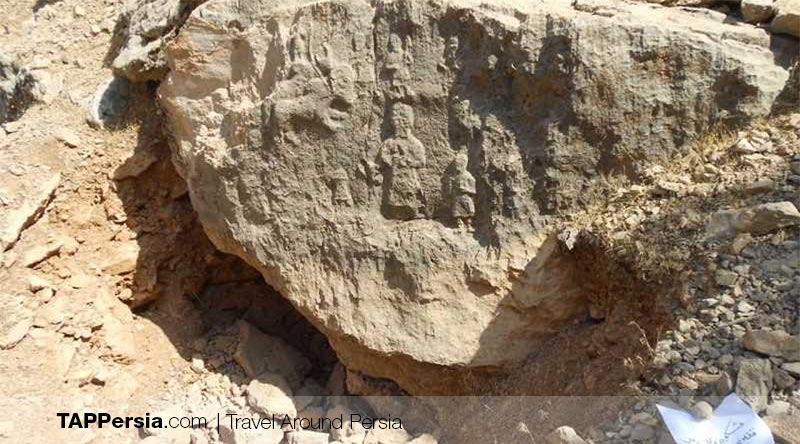 The Discoveries of the Sialk Hills

Well, the story of how this rich ancient society got discovered is quite based on chance. As described above, local people had some superstitious attitude toward this place and took distance from it. But that was right after a flood in the 20th century that a colossal number of ancient artifacts and tools like potteries were found at the surface.

After a while, a group of European archaeologists headed by Dr. Ghrishman from the Louvre Museum came to Iran to excavate this site for the first time. All the excavations took a while and they finally published their findings in two books. Unfortunately, despite all the great work that was done by that team and the amazing results of their findings, the government neglected the importance of this site until 2001. Luckily, in 2001, Dr. Malek Shahmirzadi started new excavations on this site all over again; they took some serious measures for the perseverance of the site and its artifacts. Sadly, they found out that some treasures of this site had been moved to European and American Museums or were sold by local people.

To get a better understanding, the main things they found at Tepe Silak were human skeletons and ancient containers including vessels, chalices, and cups, some of which are kept in the Louver Museum, National Museum of Iran, and Fin Garden Museum. The duct of Spinning and Knitting also support their skill at spinning and knitting.

The Archaeology of Sialk Hills

Unfortunately, the main parts of this site have been destroyed throughout times. The main structure of Tepe Sialk had three floors. It is said that the reason for building this ziggurat was to store a colossal amount of water running nearby. The “Solomon’s Spring” called “Cheshme-ye Soleyman” is the source of bringing water from nearby mountains to the area.

The findings of both excavations by Dr. Ghrishman and Dr. Malek Shahmirzadi are of high importance at Sialk Hills. Dr. Ghrishman estimates that Silak civilization dates back to more than 10000 years ago. He proposes that it has six distinguishing levels in two northern and southern parts. The below seasons are the levels proposed by him.

Silak I is the deepest layer which is also the oldest one. People in this era lived in cottages made with branches and straw. Surprisingly, the cottages were not covered with mud. They had also ovens to make pottery which is quite an equipment during that time.

People added animals and plants to their potteries during that period. Each of them had its own meaning and represented a concept. Haunting, shepherding and farming were their main profession of the people in this era. Evidence supports the idea of people using copper to build jewelry in this era. Sounds quite luxurious, huh?!
The very odd point about people of this era was to bury their loved ones in their house. The dead bodies in houses were covered with red clay.

As mentioned above, about 6100 years ago people living in the north hills of Sialk migrated to the southern parts.

They kept on burying the dead bodies in their houses. The remarkable point about this era is that it was the time when people started using pottery wheel. That is because of a huge increase in population. So it was the best solution to overcome the increment in customer’s needs. Besides, the added using human shapes for their design and decorations in their handicrafts. Additionally, they started using silver for jewelry instead of copper. As the stories go by, they become even more luxurious!

In this time, there were people from different parts migrating to Sialk Hills. The new migrants’ tradition of burying the dead bodies in a cemetery influenced Sialk people. So that they built a cemetery in the south of the city and buried the dead bodies with their valuables since they believed in the afterlife.

There were small changes in the shape of burials in this era. They have about two hundred graves found at this level. 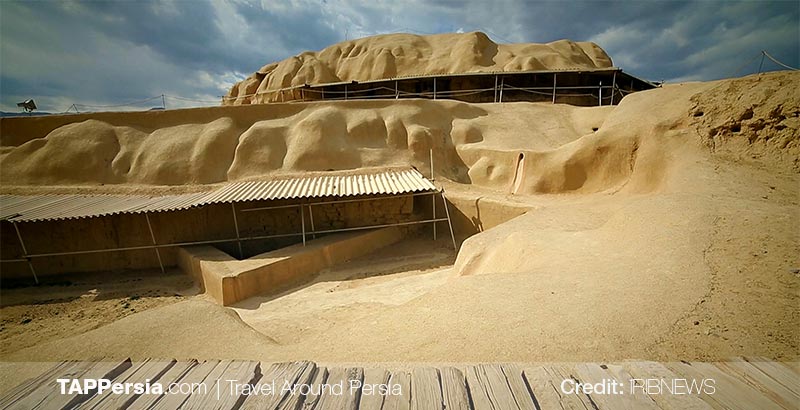 When is the Best Time to Visit Silak Hills?

It seemed quite an adventure. If you are into history or have a sense of adventure, we highly recommend you not to miss Sialk Hills which probably has so many stories and objects unfolded yet. Who knows, maybe if you walk carefully, you will find marvelous objects hidden still there. Not to mention the breathtaking atmosphere of this site.

Since it used to be a sacred place for people where they used to say their prayers, it has a lot to offer. Not only were people living there but also they used to make their prayers and wishes. The whole structure is an ingenious architectural masterpiece and all the ingenuity and intelligence used in this structure are quite moving.

Note that, it is open from 9 A.M to 4:30 P.M during autumn and winter. While you can make your visit from 9 A.M to 6:30 P.M in springs and summers. We recommend making your visit in springs since you will be able to enjoy all the beauties of Kashan city especially the stunning rosewater distillation festival.