Fin Garden; An Evocation of Heaven 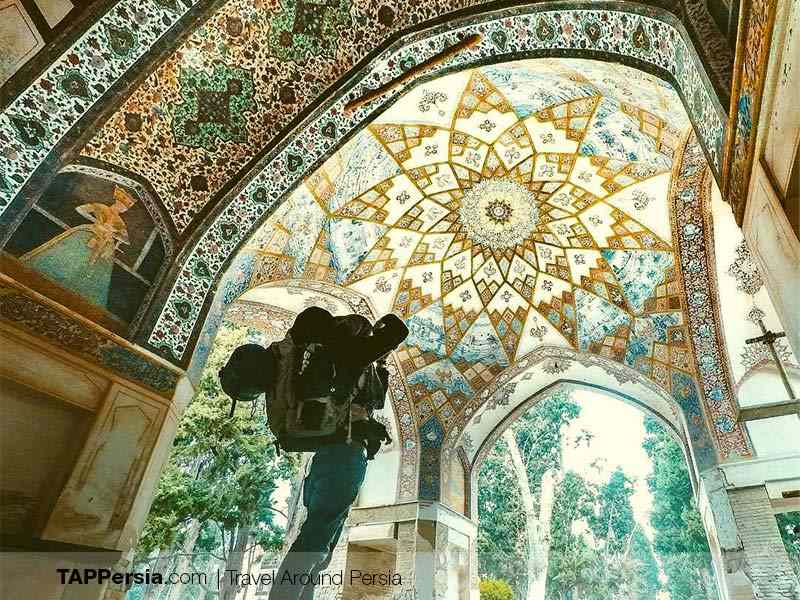 One of the features of astonishing four-season Iran is its magnificent gardens. Truth be told, the garden may not be a suitable term for them. There are more of a piece of heaven -or as they put it “Eden”- on earth. Garden in Persian architecture is a huge concept containing various types of trees, marvelous waterways, ancient buildings with colorful glasses, and a mass of flowers. The architectures of Persian Gardens like Fin Garden and Bagh Ferdows were quite meticulous about every little detail of it. So what you see is different sections having their own unique style and what you hear is the birds singing, a gentle breeze blowing, and the rivers passing by. It is definitely quite a scenery!

The remarkable point is that a great number of cities in Iran have their own style of gardens. So don’t forget to search for the gardens of any city you visit. Narenjestan Ghavam and Eram Garden in Shiraz, Shazde Mahan in Kerman, and Dowlatabad Garden in Yazd are only a few must-see gardens of Iran to mention. What if you have decided to visit the historical houses and the aromatic rosewater festivals of Kashan?

The Evergreen Trees in Heart of Aridity 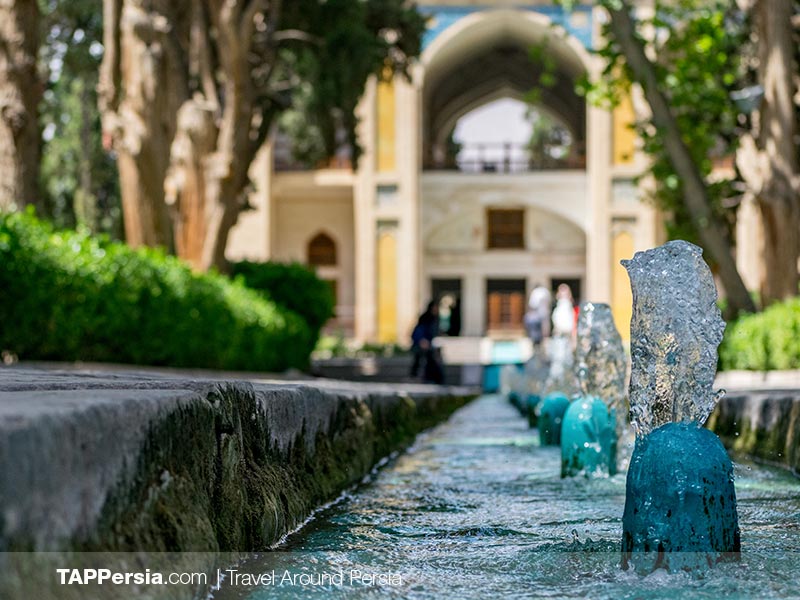 In case you are headed Kashan to enjoy all the historical sites and fragrant ceremonies, visiting Fin Garden, or as known in Persian “Bagh-e Fin”, is definitely a must. Fin Garden is one of the nine Persian Gardens registered in the list of UNESCO World Heritage Sites. In contrast to the arid surrounding, the rivers in the garden rise from the Suleimanieh Spring on the hillside next to Bagh-e Fin. Its water flows through canals and turquoise- tiled pools. Rivers, trees, bushes, and flowers bring tranquility and peace in the heart of the Kashan’s deserted landscape. So if while visiting Kashan, you feel missing greenery, head straight to Fing Garden where you will find it refreshing.

The History behind Fin Garden

Baghe Fin has elements belonging to both Safavid and Qajar Eras. Right in the heart of the garden, there is this beautiful Pavillion -known as Kushk in Persian- that dates back to the Safavid Dynasty. However, colorful paintings on the ceilings and walls are representative of the Qajar Period. In the very beginning, the garden consisted of the entrance building -Emarat-e Sardar- and a small bathroom in the Safavid Era -in which they murdered Amir Kabir. Keep reading! We will get to that story too 🙂 -. After a while, they added various buildings to it like the Hammam (royal bath), Shah Neshin, and Kashan National Museum during the Qajar Dynasty. It is good to know that Bagh-e Fin National Museum encompasses a great collection of astounding calligraphy and ceramic pieces. So it is a place where paleontologists should not miss.

What Awaits You in Bagh-e Fin?

The remarkable characteristic of this garden that catches every visitor’s eyes is the harmonic combination of nature with man-made structures. The garden observes the “four gardens” principle in which waterways have divided the garden into four parts. Each part is representative of a Zoroastrian element -earth, water, sky, and plants-. 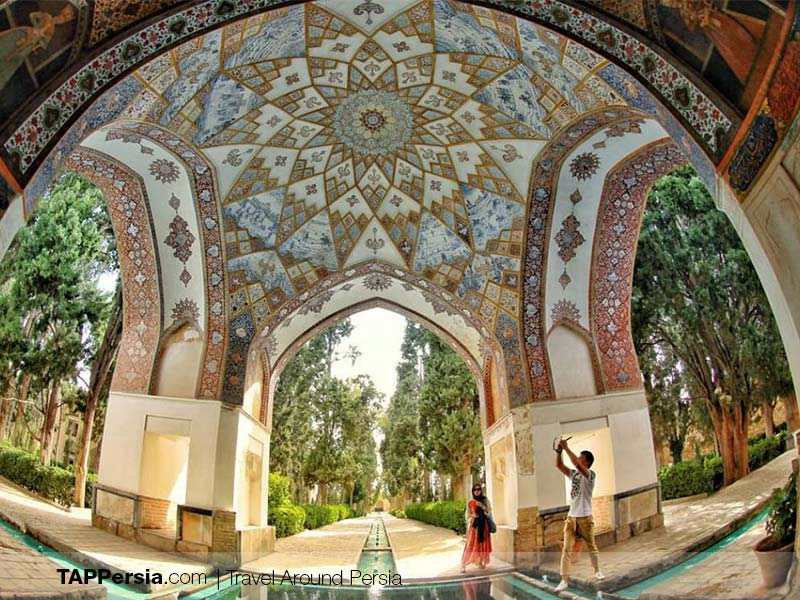 Two significant parts of the garden are Shotor Gelou which is a two-storey pool house and a recreational pavilion which its domes ceiling is decorated with magnificent paintings. So don’t forget to take your camera to capture the beauties of this place. It is good to know that there were some rise and fall in the buildings of the garden. In 1935, they renovated the garden and named it as a  national property.

What is the Mystery of Bagh-e Fin?

To be honest, Fin Garden is not just a “nice” garden like any other one in Iran. There is a very tragic story behind it. Let’s start the story with who exactly was Amir Kabir? Mirza Taqi Khan Farahani better known as Amir Kabir was the prime minister of Naser al-Din Shah. The public admired him and he helped a lot in education and administration in Iran. He was one of the well-known reformers in Iranian history. The trouble causes when the royal family -specifically King’s Mother- were not in good terms with Amir Kabir. As a result, she -king’s mother- provokes Naser al-Din Shah to fire Amir Kabir. After a while king imprisoned him in Fin Garen. 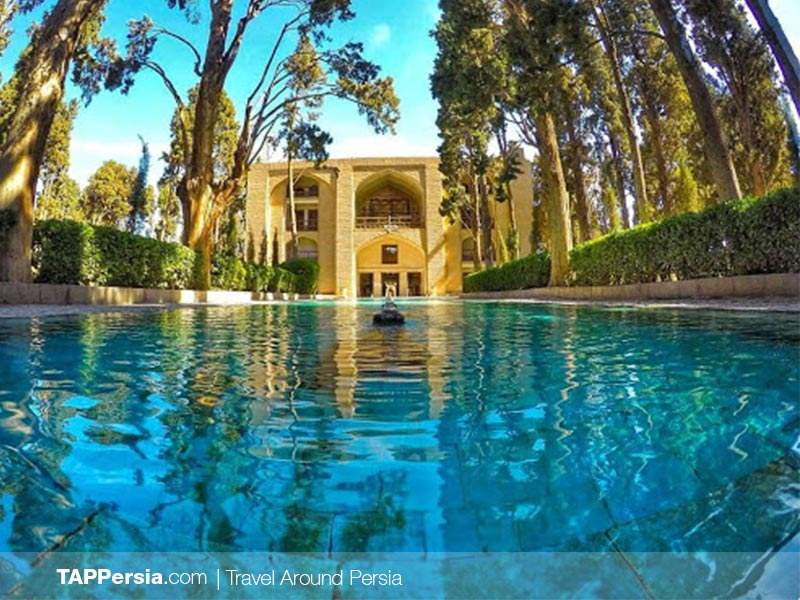 After a while, in 1852, Amir Kabir was killed under the command of Naser-o-Din Shah. There are some other stories behind this too; some believe that Amir Kabir was not killed by anybody else and he committed suicide. But the former story is more accepted among historians. Anyway, if you are into history, wandering around this garden brings about the chance of walking in a place where one of the greatest men of Persian history has lived. Who knows! You may find some evidence of a new theory on who exactly killed Amir Kabir!

What not to Miss while Visiting Fin Garden?

Designed for King Abbas I in the 16th century, the old cedars, symmetrical design, and beautiful fountains make it an appropriate epitome of a Persian Garden. Just right across the spring, there is this beautiful tea- house where you can sit and enjoy a cup of original Persian tea and the scenery as well. The shades of trees and fishes swimming in the river make it quite a scenery.

Note that the garden is open from 8:30 a.m. to 4:30 p.m. So, have your plan arranged beforehand to manage to visit all beauties of the Baghe Fin.

If you have any questions about Fin Garden or have visited it, don’t forget to share your experiences and questions in the comments below with us.