Statue and Cave of Shapur I

In the beautiful Zagros mountains, located in the southern region of Iran about 6 km from the ancient city of Bishapur, you will find one of the numerous mesmerizing pieces of history in Iran. A 7-meter colossal statue of Shapur I, the second ruler of the legendary Sasanid Empire (224-651 AD).

The Sasanid Empire was founded by Ardashir I, the father of Shapur I. This well-known dynasty was the last Persian Empire before the Muslim conquest, about 1400 years ago. The Sasanid Empire was recognized as one of the leading world powers alongside its neighbouring rivals Roma-Byzantine Empire, for a period of more than 400 years.
Shapur I’s rule was marked by successful military and political struggles and two wars with the Roman Empire. During the second war, Shapur captured the Roman Emperor, Valerian and his entire army at the battle of Edessa.

Additionally, people might have respected him even more due to his support of religious freedom. Shapur himself was a strong believer in Zoroastrianism (an ancient religion originated in Persia). However, he supposedly was extremely supportive of other religions as well, especially towards Jews and Christians. Shapur would have allowed Christians to build churches without the need of any agreement from the Sasanian court.

Although Shapur wished to be admired and remembered as a true conquer, he had other impressive talents. He was a great administrator, instituted policies of religious tolerance and encouraged the arts and culture.

The statue of Shapur has been carved from one big stalagmite. Inside the cave, beautiful natural rock formations have been created over thousands of years. Limestone caves like these are formed by various geological processes, for example by the erosion from water, microorganisms, pressure and other atmospheric influences.

The monument of Shapur had collapsed before it was re-discovered in modern times. It supposedly fell down during a powerful earthquake, which happened between the 15th and 19th century. In the 1950s, the statue was raised again, with some needed restoration mainly on the legs of Shapur.

The Shapur Cave has only recently been recognized as a UNESCO site. The benefit of the rather late recognition of this historical site is the untouched and pure feel it still has. There is not a light system set up and no pathway laid out, which will give you the true feeling of you being the very first to discover this majestic place.

Besides the statue and cave being absolutely captivating, the hike up to the monument is also one of the numerous breathtaking hikes you can do around Iran. Most of the time, the pathway up to the cave is pretty quiet which will add to the experience. When you are halfway through your hike, you will have this scenic view over the whole mountain region, you will see a plantation of oranges over at the other side, which makes the overall view absolutely stunning. 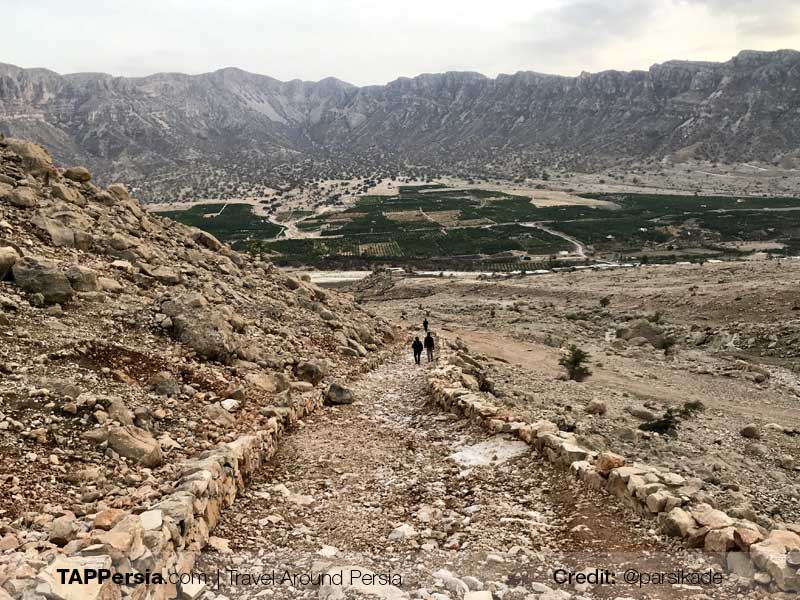 Tips for your trip to the cave