What lures tourists to Paris besides many remarkable museums and the spectacular Eifel Tower? Probably your answer is the Seine River. Let’s get back to Iran, to the glamorous city of Isfahan, where is somehow the same. Isfahan has a really rich history itself, but one breathtaking river, crossing the city is another aspect of its beauties. Zayandeh Rud River is the river splitting the city in half, turning Isfahan to a big great garden. 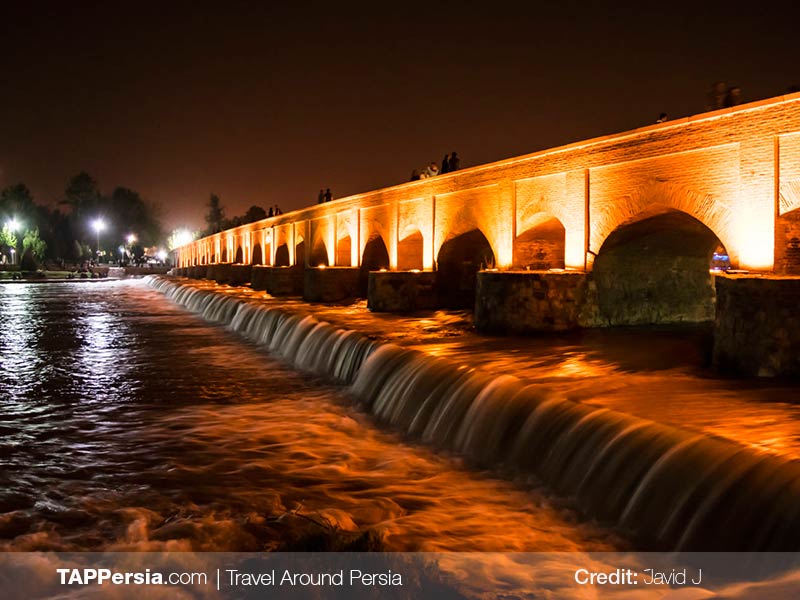 Many tribes were attracted to reside along this river and they gradually formed a great civilization. Zayandeh Rud River is one of the most well-known rivers in Iran. The river bed meets many villages, gardens, and farms. It makes all the lands fertile and that’s why they call it “Zayandeh” or “Zendeh” which literally means alive. The river gives life to wherever it passes by.

Zayandeh Rud is the biggest river of Central Iranian Plateau. It originates from Zardkouh in the Zagros Mountains. The water wells up to a basin called Janan Spring and flows to the east through many cities like Farsan, Daran, Shahr-e Kord, Zarrin Shahr, and Isfahan. There are some branches and springs which join the river on its route and make the water more white and speedy.

The Great River – A Reason for Building Historical Bridges

As Isfahan has been the capital city in several eras, lots of bridges and bird towers exist nearby. In Isfahan, the most famous bridges over this river are Sio-se-pol, Khajoo, Marnan, and Shahrestan. 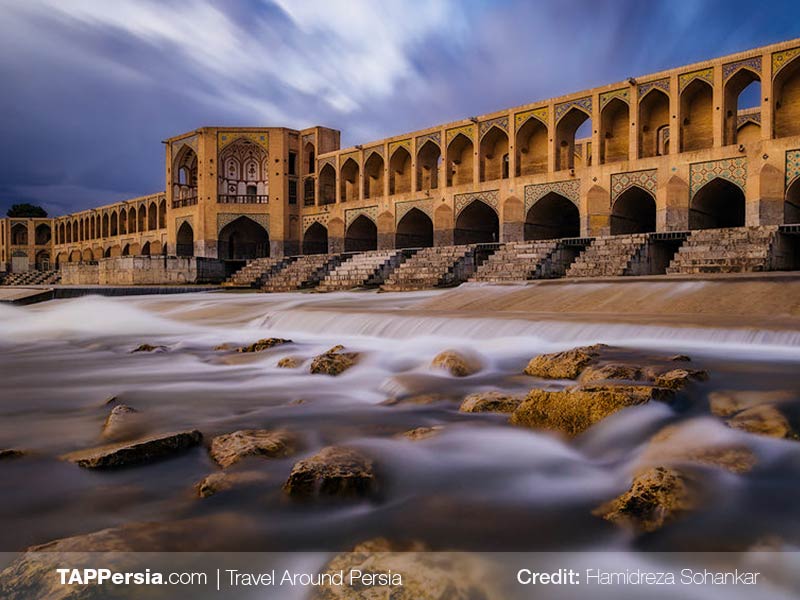 If you want to know one of the entertainments Safavid kings had, simply go to the Khajoo Bridge. You can observe an outstanding building in the middle of the bridge which is decorated with gorgeous tiles. This is the place kings used to accommodate, relax and enjoy the playful waves. Also in the same place, they invited authorities to watch swimming or boat races. 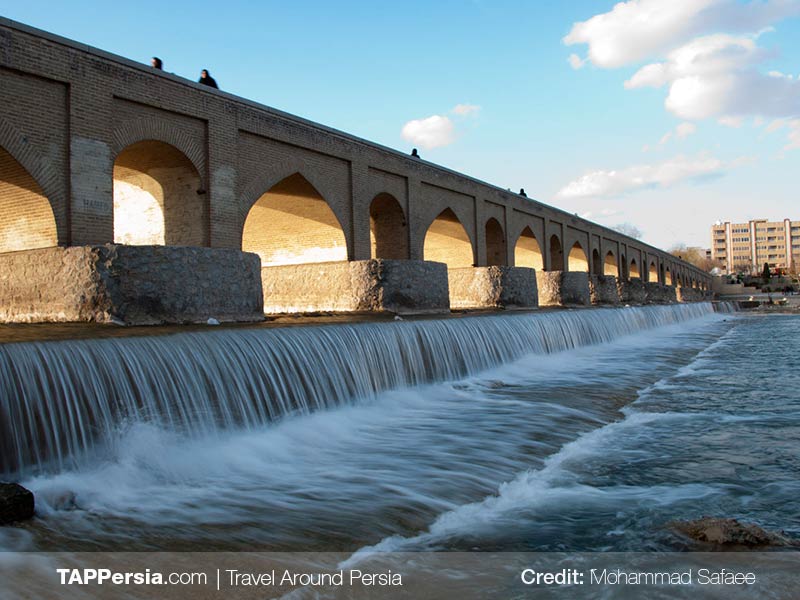 Find Singing Talents Under the Bridge at Night

It’s been a tradition that some people who have a talent for singing started to warble under the bridge, anyone can gather around them to savor the combination of the sprightful watercourse with a pleasant rhythm. Near Sio-se-pol Bridge, many celebrations were held, people used to splash each other with water or rose water in special festivals. The kings, courtiers, and poets also used to have important meetings there. 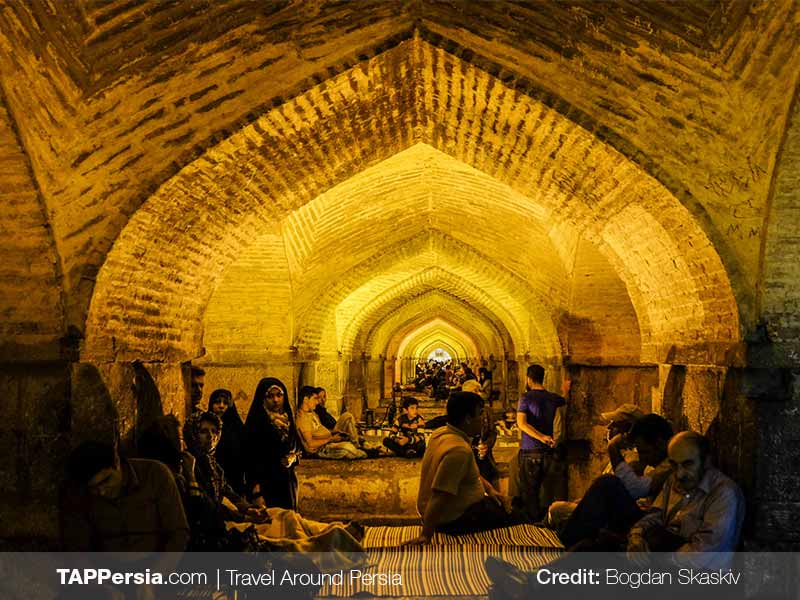 Where Does Zayandeh Rud River End?

After passing Isfahan, the river ends its long journey in Gavkhuni Pond, but recently, due to the lack of water, Zayandeh Rud gets dry in Isfahan for long periods. This hurts any tender-hearted person who has seen the beauties of Isfahan with the river. Also, some occupations related to agriculture are affected by this tragedy. However, it’s still magnificent and can make a person amazed by its enticement. 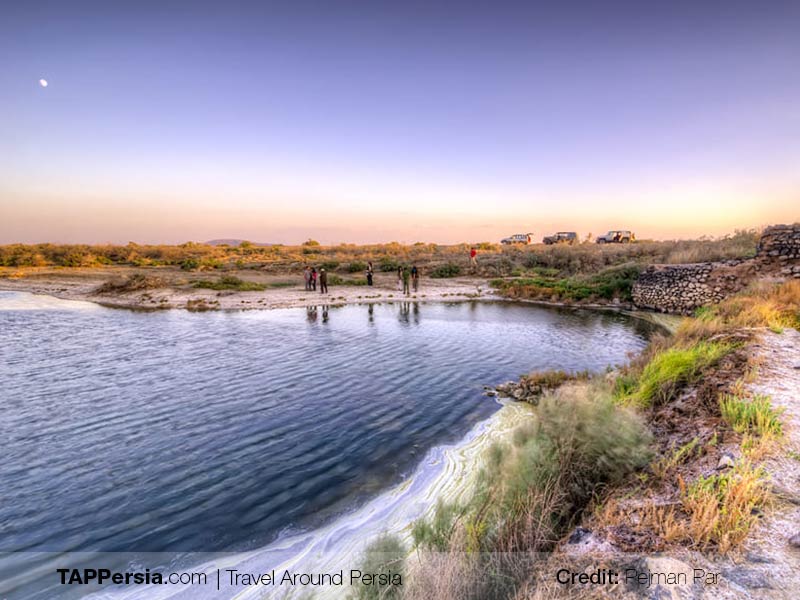 Perfect Picnic Spot by the River

In Isfahan, there are many fabulous parks and meadows near the river. So, people usually have their picnics in the same areas at weekends. This is the time when many relatives gather and share their daily routines with each other. There are also good sites for exercising as you can see groups of people who are playing volleyball, badminton, or skating. 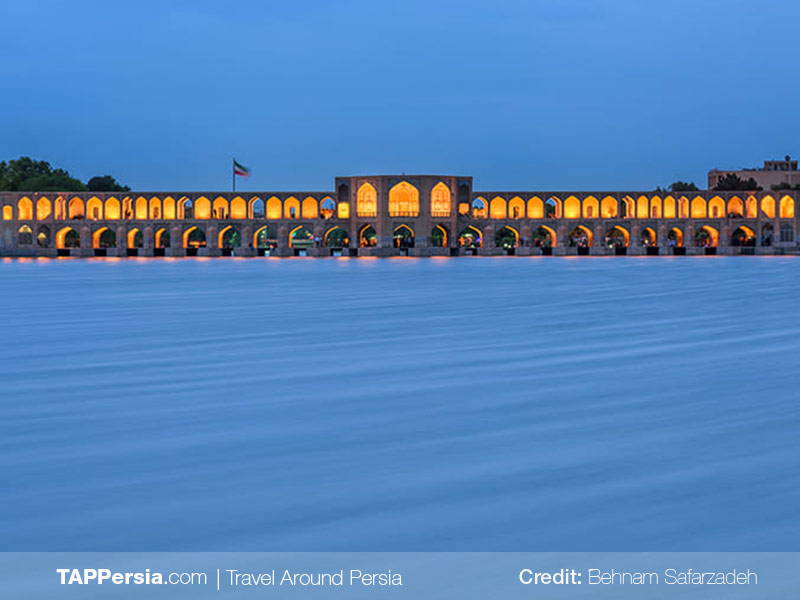 There’s an elegant road called the ‘Health road’, particularly for walking and cycling along the river, you can really relish the rich nature there. It is located in Nazhvan Forest Park. In addition, being in the beautiful parks around bridges are so relaxing and joyful. Finally, after a visit to the city, spending time in green areas without any urban disturbance can make you fresh and calm.