While visiting religious destinations may not seem that intriguing but in a country like Iran, where religion is intertwined with all social and cultural aspects, you’d be missing out quite a lot, if you don’t visit religious sites. In fact, religion has always been so essential to the people of this part of the world, that many of the arts were created to embellish religious structures, most community and cultural events would occur within these locations and even urban planning would develop in the surrounding of divine structures.
Additionally, there is a social side to all religious complexes to Iran, while visiting you can observe the emotions of the people, you can see how they practice their religion and how it differs from other beliefs and countries. Especially, religious sites in Shiraz are adjacent to cultural centers, so be sure to place them on your “religious sites in Shiraz” list. 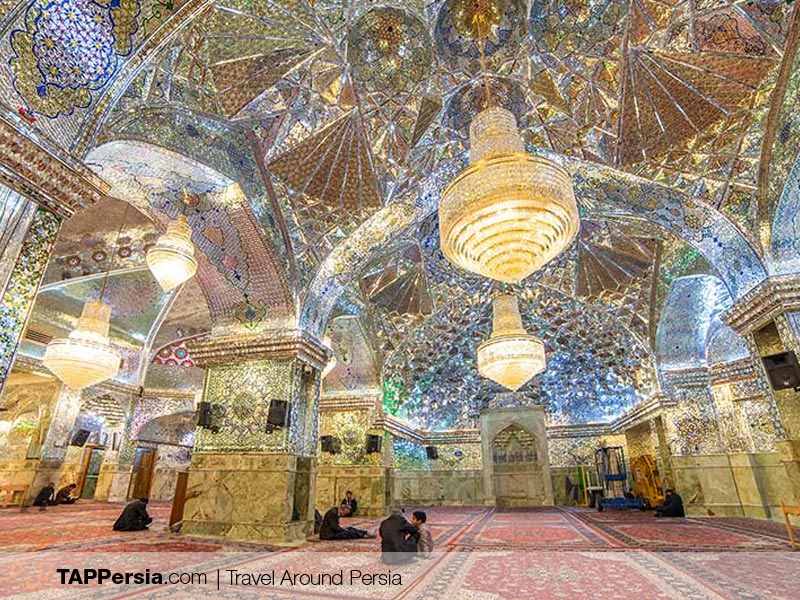 Shah -e Cheragh – The Most Famous Religious Site in Shiraz

I know that Islamic history and figures are quite complex and sophisticated but let me simplify, Iran is a majority Shia country as opposed to other Arab countries and the main difference between these two branches is that Shia spiritualized the 12 descendants of the prophet Mohammad, of which only one is buried in Iran in Mashhad (which is most likely not on your itinerary for travel to Iran) but Shahe Cheragh is the tomb of brother of that descendant. Thus, just imagine the spiritual importance of this tomb.
Moreover, Shiraz city is listed as the third most religious city in Iran because of this tomb. Many Iranians visit Shiraz with the main purpose of pilgrimage to this mausoleum. If you’re lucky to be traveling Iran during religious holidays, such as Tasua and Ashura, you will be in for a treat, massive mourning rituals that will surprise you take place. Nonetheless, the decorations of the tomb especially the mirror work is one a kind in Iran. Another recommendation is to visit after sunset where you will find a very serene spiritual and blissful vast courtyard awaiting you. 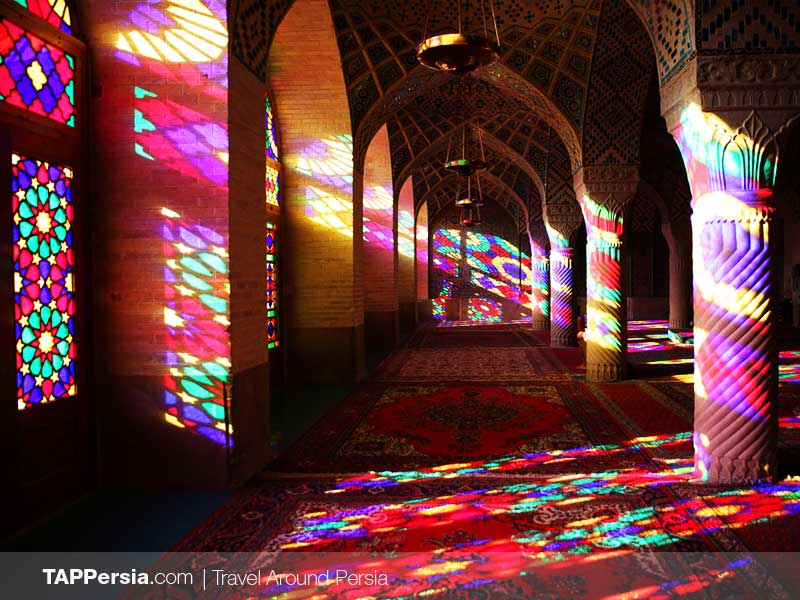 With the worldwide recognition that this unique mosque has already attained there is not much need to express the beauty of this mosque and the necessity to add it to your must-see religious sites in Shiraz. that been said, when visiting pay close attention to the intricate tile designs on the porch walls, you will be surprised to find images of European churches and houses on the tiles.
When this mosque was made, the end of the 19th century, foreign postcards had entered Iran for the first time and seen by the public, the fascination and expression of such images on a mosque shows the unification and integration the architects felt between all spiritual structures regardless of their religion, which is so amazingly pure and fascinating. Also, visit the small tomb on the edge of the courtyard called Imam Zade Zanjiri and ask why it is called that, The story behind it is amusing. 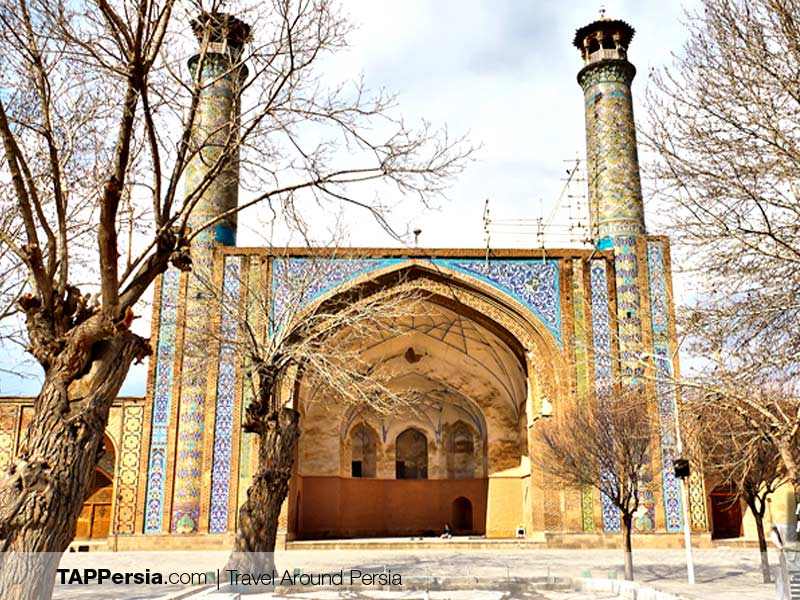 This structure is one of the oldest standing buildings in Shiraz and for centuries it was the main religious center in Shiraz. Standing for more about 7 centuries it is still a beauty and a must-see religious spot in Shiraz. In the court center, you will find an embellished elegant square room that was dedicated to preserving the book the Quran, where you can grasp the importance of this book in the Islamic religion.

Don’t be surprised by the 17th-century church in the midst of the old Sange Siah neighborhood in Shiraz. The spacious hall and delicate wooden ceiling drawings separate it from other surrounding buildings. Furthermore, Shiraz was home to notable communities of Armenians, Jews, and other religions. So do place the Armenian church among the must-see religious sites in Shiraz to feel that diversity.