Do you want to see a house with shining walls and ceilings? Let us take you to a house with an exclusive architecture and design that you cannot find anywhere else. Somewhere that you get to walk in a garden with a big pond in the middle with fountains and you are surrounded by flowers, date palms and sour orange trees. This place is not imaginary and you are not dreaming. Narenjestan-e Ghavam is not just a historical site. It is better to say that it’s the house of mirror work and art. Narenjestan-e Ghavam, also known as Ghavam House, is one of the most remarkable buildings that was built in Qajar dynasty, by Ali Mohammad Khan-e Qavam-ol-Molk.

History of the House

Qavam-ol-Molk was a merchant and the ruler of Fars at the time and he built this place between the years 1879 and 1886 for himself but then it became bigger and turned to a big beautiful building with a great garden of sour orange (Narenj in Persian). Since then it became popular because of this magnificent garden and instead of Ghavam House, everyone called it Narenjestan (garden of sour orange). This building was a suitable place for upper-class families during the 19th century. During the Pahlavi era, this house became the Pahlavi University of Asia Institute which was directed by Arthur Pope and Richard Frye. This fascinating building was used as a courthouse, a place for governmental meetings, department of Asia institute of Shiraz university and now it is a museum.

The beauties of this UNESCO world heritage site starts from its entrance. The bricks around the door are decorated with verses of the Quran and a poem of an Iranian poet named Asudeh Shirazi, which is about the garden and its builder.

The moment that you step into the garden, you will see a big fountain in the middle that starts from the entrance and goes on in front of the main building. On each side of the fountain, colorful flowers and trees of bitter orange add to the wonders of this house. The remarkable Narenjestan gives you a wonderful feeling because of the smell of the trees blossom, especially in spring.

Buildings of the Ghavam House

The garden consists of three buildings on different sides. The main building has two floors, a basement and a big porch which is decorated with mirrors and paintings. The building is well embellished by elegant mirrors, colorful tiles and wood works. All the doors and windows in this building are made with walnut wood and the glasses look like a rainbow. However, it is worth mentioning that all the walls are decorated with mirrors. As you walk in, you will just turn around yourself to see this amazing place. The reflection of the mirrors will grant you a spectacular impression.

The method of uniformity is noticeable in the rooms of this building from the floors to the ceilings. They are all covered with colorful and graceful designs and the remarkable paintings which resembles the paintings of Victorian era in Europe and it was used in Qajar era. 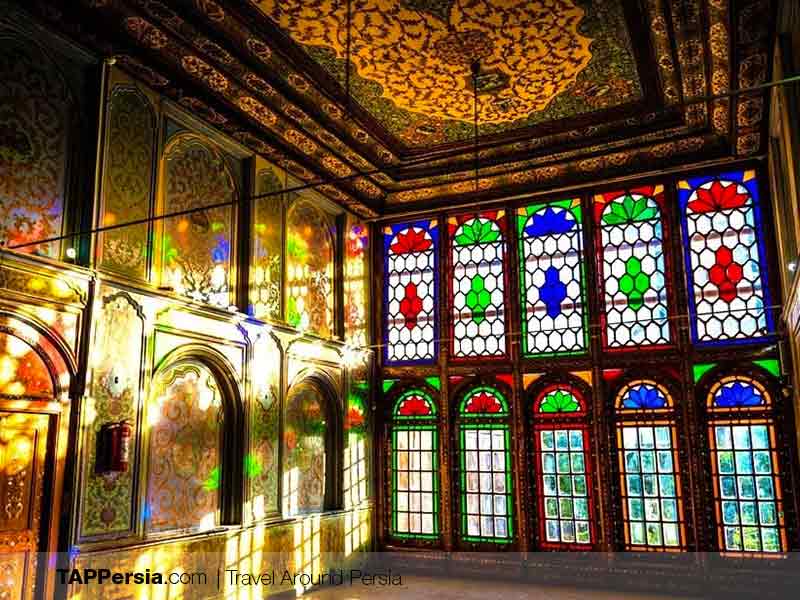 The second building is known as Zinat-ol-molk House. This house is also as beautiful as the main building, but unfortunately, during Iran’s revolution, the eastern part of its porch was damaged by fire and it couldn’t be built like it used to be. In this building, you can see the artwork of paintings, the amazing mirror decoration on the ceilings and also magnificent work of tiles. 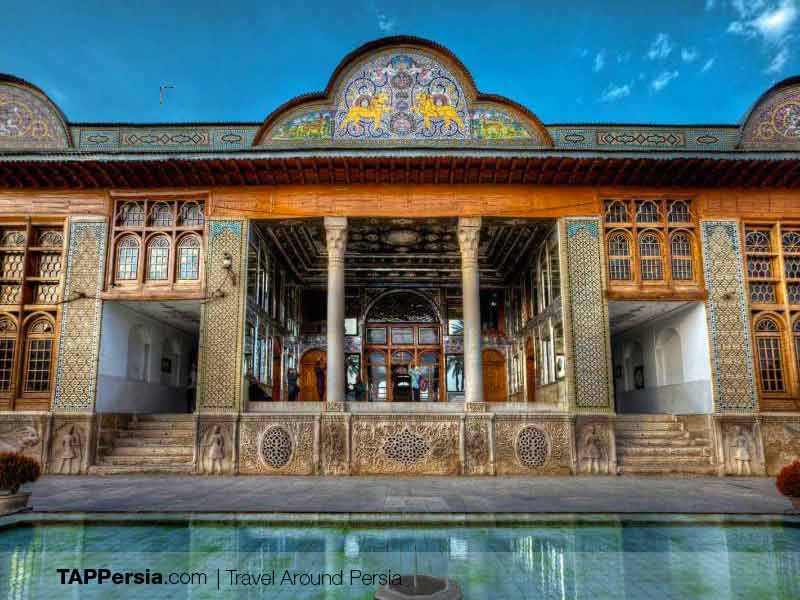 The third building is known as Araqi’s House. The southern part of this building was used as the kitchen. The western and northern parts were the home schools of Ghavam. The structure of this house is pretty much the same but the only difference is its small yard which is in the back of the house. Nowadays this house is used by the University of Shiraz.

You can walk in its fascinating garden, enjoy the unending beauty of it and also visit the building which is now a museum. The buildings and its amazing garden cannot be explained by words, you have to experience it yourself. Visiting this traditional and historical house is recommended in the mornings because of the beauties it shows by colorful windows and its mirror decorations. So, make a plan and put this elegance monument in the list of your must-see places in Shiraz.