I can say that this is the center of justice in Iran; the Arg of Karim Khan is from where Karim Khan, the famous just king of Zand dynasty, controlled the whole country. Shiraz is known for a lot of things; from wine to poetry, from love to bitter orange trees, but we should not forget that Shiraz can also be the city of justice due to Karim Khan.

Architectural Features of the Arg 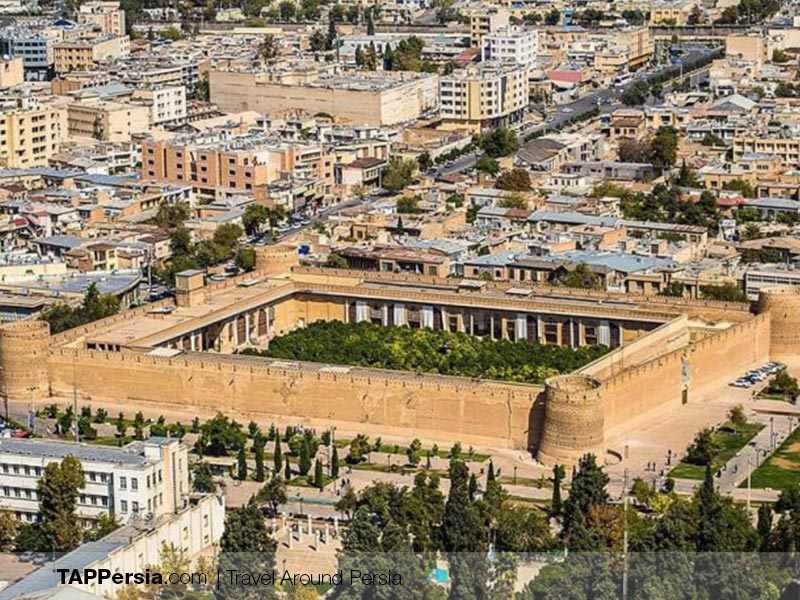 At the first glance, we could understand the strength and stability of the building; a firm building which had different applications at different times due to its unique architecture. Looking at this massive building, our attention is caught by the watchtowers which were places for the soldiers to protect the citadel.

The type of architecture can be easily understood. It had been used for both residential and military aspects; because as a residential place for Karim Khan, the building had to be protected from the enemies. 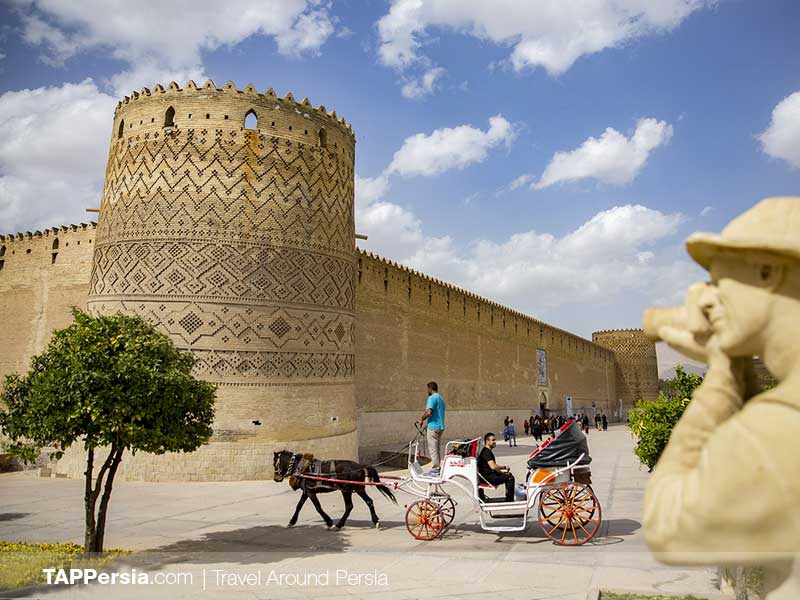 The walls are 12 meters high and so thick that are impenetrable. There are some shelters in the walls where are suitable places for monitoring and shooting during the wars.

You can see 4 watchtowers in different corners of the Arg of Karim Khan the foundation of which is 6 meters deep. The watchtowers include three stories and there are two rooms in each story – one resting room

The design of watchtowers is familiar and you can find that it is similar to the style used in Safavid era caravanserais. You will also find a scene of the battle between Rostam and the White Demon on the entrance of the citadel. I should mention that it was added to the Arg during the Qajar era of course.

Residential parts of the Arg of Karim Khan are located in northern, western, and southern parts of the citadel. There is a hall with two stone pillars and six rooms in both sides. You can also see a pool in front of each hall the water of which was provided by an aqueduct. However, today the aqueducts have been dried up.

An interesting point is that all of the rooms are connected together from inside. I should not forget the point that most of the decorations and beautifications are inside the rooms. In fact, the façade of the citadel is rather simple, but you will find the rooms to some extent different. 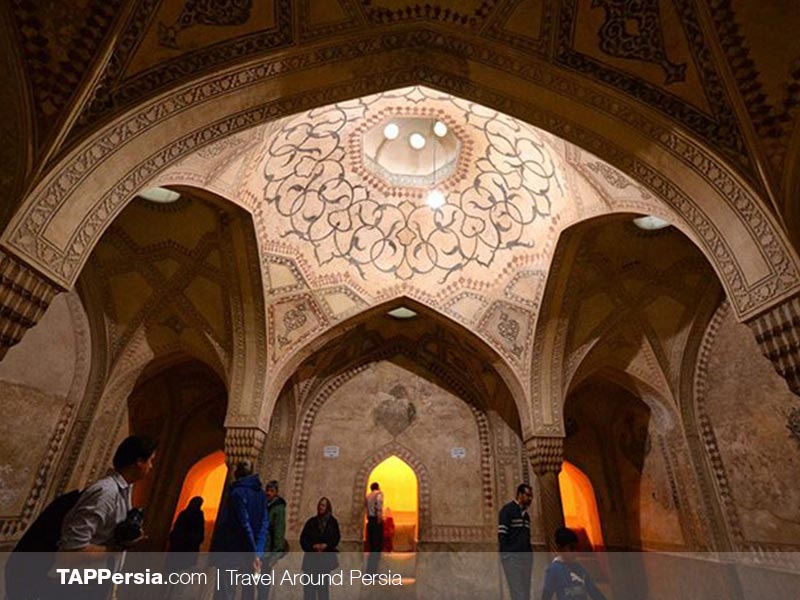 The citadel’s bathhouse includes three parts: changing room, hot-room, and treasury. You will find the changing room in the entrance in the middle of which is an octagonal pool. The changing room is linked to the hot-room by a corridor. There is a huge copper pot as well as two pools for lukewarm water in the treasury part of the hot-room .

In addition to what I have mentioned so far, the Arg of Karim Khan includes some rooms, known as Shahneshin, in different corners. These are some rooms with a higher ceiling used as a resting place for the Shah.

The northern Shahneshin was used in winter, the main Shahneshin is located in western corner in front of which there is big pool and was used during the summer, and a Shahneshin for all of the seasons.

History of the Arg of Karim Khan

After getting into power, Karim Khan selected Shiraz as the capital city of his kingdom, so he gradually built several awesome monuments there. He had a great idea about beautification of the city; a combination of Safavid architecture and monuments of Takht-e Jamshid which changed the countenance of Shiraz.

Arg of Karim Khan was one of the buildings built between 1145 and 1146 AH. In fact, Karim Khan gathered the best architects in order to build a masterpiece for him. It should be mentioned that they bought the high quality building materials from different cities and foreign countries.

When the first Qajar king gained power, the building became the local governors’ house. At the behest of Abd Al-Hosein Mirza, Qajar prince, the miniatures were repaired and the Arg turned into a more fantastic one. 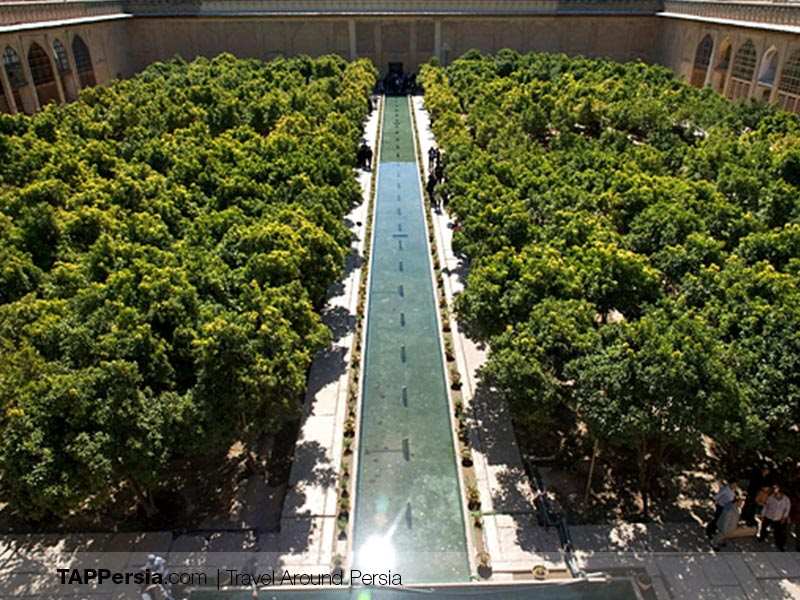 Of course, each governor changed the appearance of the Arg based on his taste; for example, they built some mansions in the yard the result of which was disfiguring the Arg of Karim Khan.

During Pahlavi dynasty era, the Arg changed into a prison, so it went through serious injuries. However, they handed over the responsibility of the Arg to Antiquities Protection Office in 1971.

Houshang Esfandiyari, the supervisor of the restoration of the Citadel of Karim Khan, has done a thorough research on it. Fortunately, he has found some points about the Arg architectural features, the area description, and decorations. Therefore, some parts of this valuable building has been rebuilt.

TAP Persia is ready to offer you high quality services to visit the Arg of Karim Khan and the other eye-catching attractions of Shiraz.