Take your map, GPS, hat, sunscreen, glasses, snacks, and huge amounts of water! We are going to Kharanaq village in Yazd, where people are as warm as the climate. Therefore, fill your backpack as much as possible with love and warmness.

In Yazd, you truly realize how astonishing the art of life can be. People not only have not deserted their hometown, but have also made it a destination replete with artistic and cultural attractions. You got it, they have made it! 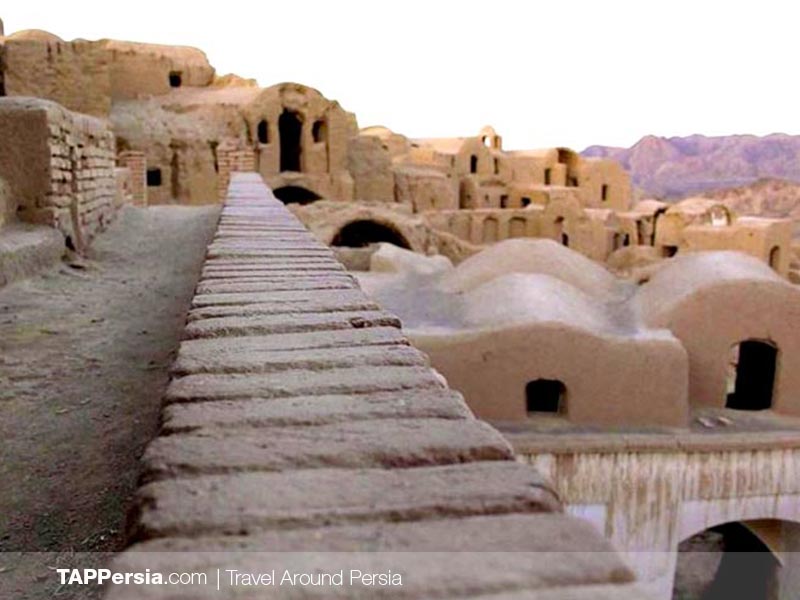 Our destination is a village in the middle of the birthplace of sun, Iran central desert. Here, in Kharanaq village the sun is welcoming us from her birthplace. This is a village filled with historical and architectural attractions as valuable as sun. 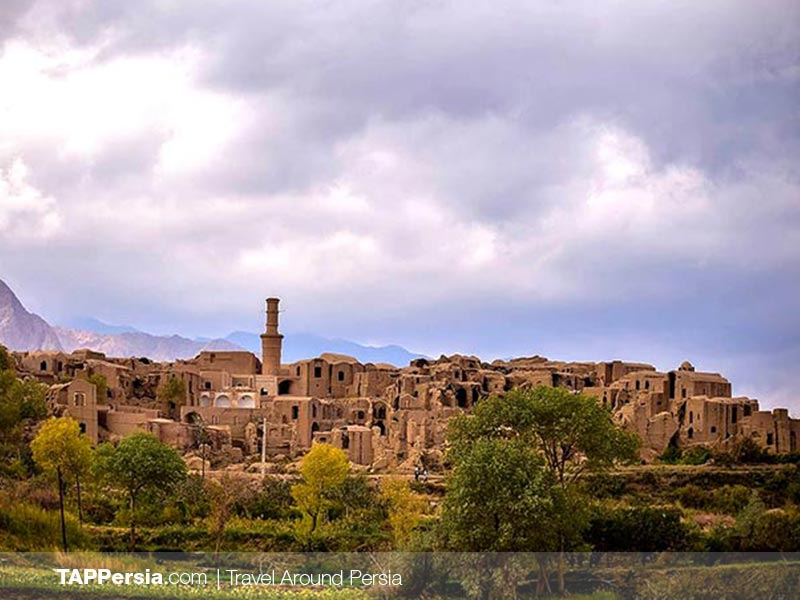 The village has a long history; it is over 4500 years old. That’s why, like the other destinations of the region, enjoys a lot of enchanting tourist attractions such as: Kharanaq Castle, Kharanaq Caravanserai, Kharanq Moving-Minaret, Kharanq Bridge, Kharanaq bathhouse, Kharanaq Central Mosque and Hoseiniye, Baba Khadem Tomb, Kharanaq Cistern, Fig Valley Protected Area, and so on. You are getting familiar with mentioned attractions in the following lines.

The Castle of Kharanaq Village

This is a castle where you can enjoy walking amongst two- and three-stories houses. It is like an exhibition that its booths are built by brick and clay. Here you can smell the pleasant scent of the soil of desert.

I can say that the castle is the most important attraction of Kharanaq village. This is one of the vastest castles of Yazd which has been built in 1.1 hectare of land. The ancestors have dug deep trenches around the castle in order to prevent the enemies from attacking them. There are also 6 watchtowers at different corners. 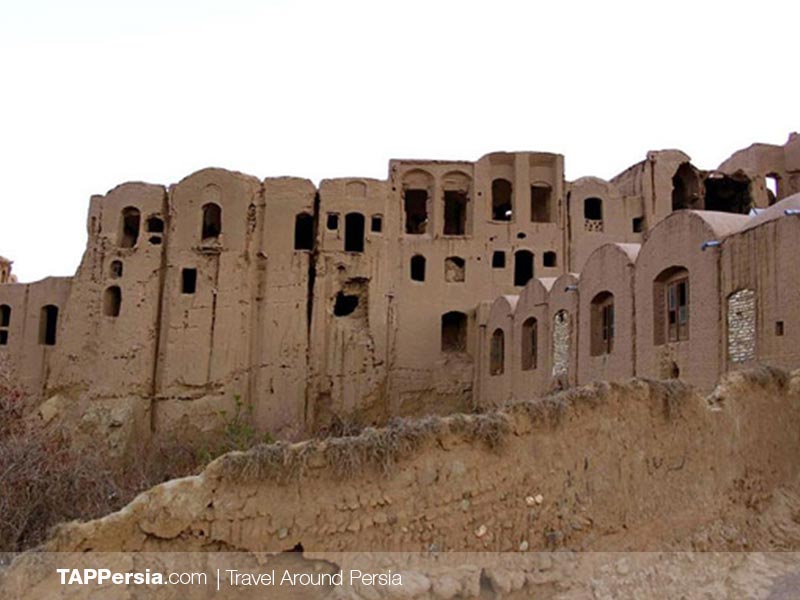 The caravanserai is for Sassanid dynasty period. However, this lovely place was rebuilt under the command of Muhammad Vali Mirza, the son of Fath Ali Shah. They used Kharanq Caravanserai as a resting place for people intending to visit the holy Mashhad.

There is a central yard in the middle of the caravanserai and the rooms are located around the yard. The façade is decorated by brickwork and plastering. Today, tourists can reserve the rooms and spend the nights at Kharanaq Village Caravanserai. 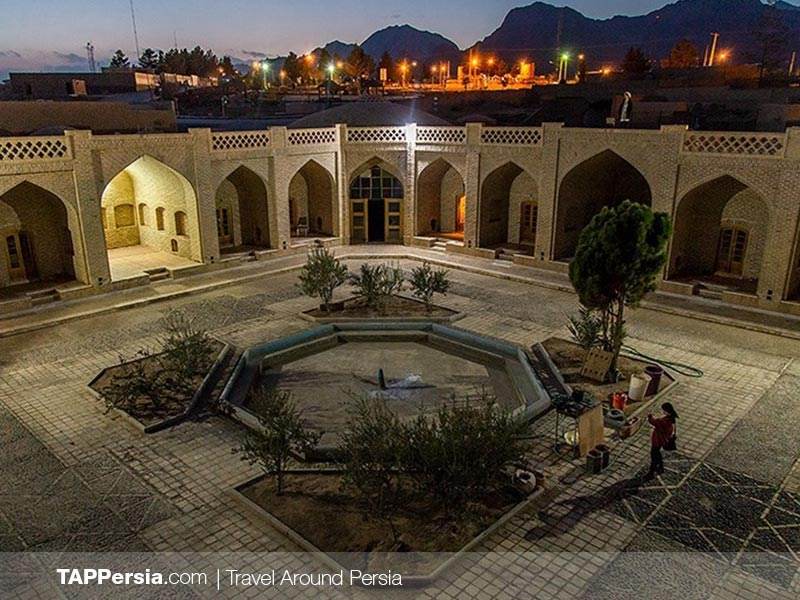 The Moving-Minaret of Kharanaq Village

This time visit the only minaret having the ability of moving which is fully built by brick. Kharanaq Moving-Minaret is one of the most eye candy moving-minarets throughout the world. Sassanid kings have constructed it – so it is even older than the famous moving-minaret of Isfahan.

Although it consists of 3 stories you can force it to move using your hands. There are also two staircases; one of which is for going up and the other for coming down. The important point is that you will feel and see how it moves from side to side. This is the only bridge for transferring water in Yazd. It transferred water from one bank to the other bank of the Kal River. Kharanaq Village Bridge history goes back to Sassanid period; the Sassanid architects built the bridge in 40 meters in order to prevent water shortage in the village. 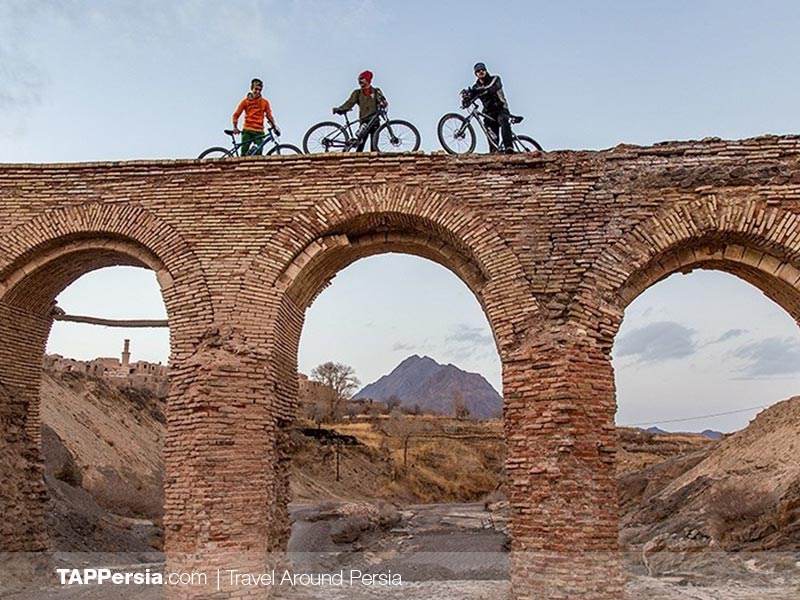 The Bathhouse of Kharanaq Village

In fact, here is the place to wandering among the alleys of a long history. You will find buildings and memorials from different historical periods, from Sassanid to Qajar dynasty. The bathhouse is for Qajar period. Women could use the bathhouse during the days and men could take a shower at nights. There is a mosque in the castle which is for 8th century AH. It is a memorial building from the Islamic historical period. The Islamic architects have mostly used brick and clay to build the Central Mosque and Hoseiniye of Kharanaq Village. This is another religious building in the village. In fact, the blue color dome of the tomb attracts the attention of everybody visiting the village.

One of the servants of Emam Reza rested in peace while they were traveling through the desert. So they buried him in Kharanaq fields and they later built a domical building on his tomb. 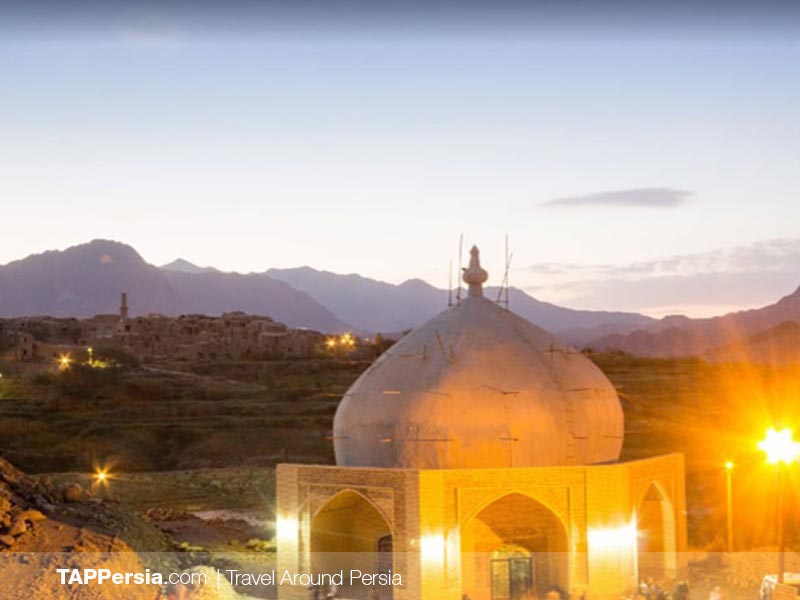 The Cistern of Kharanaq Village

In order to live in the desert, people have to store water. There is a brain candy cistern in Kharanaq village in Yazd which was used to store water of seasonal rainfalls and use it during the hot seasons of year.

Fig Valley Protected Area is a small heaven for wildlife lovers. This is the passing way of Asian Cheetah. You can enjoy watching some other Iranian wild animals in this protected area. 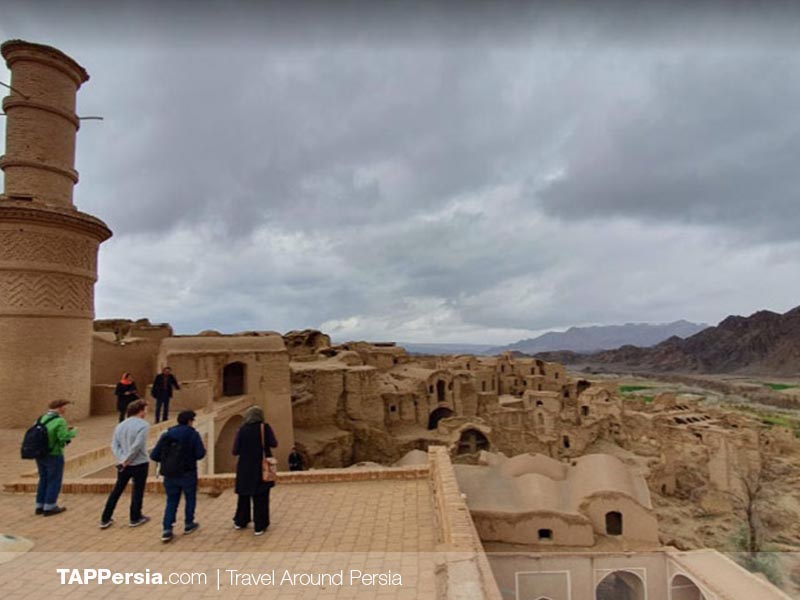 There are also a range of high mountains in the area – a good place for mountain summiting. The highest mountain of the area is Khounza Kouh with 3185 meters height.

Kharanq village in Yazd is a small heaven for tourists indeed. You can walk and enjoy different memorial buildings from different historical periods. TAP Persia has provided every facility for you in order to have a comfortable and affordable travel to Kharanaq village as well as the other tourist destinations in Iran.