Diverse, that’s the best word to describe Iranian people. one of the most unique ethnic groups that you probably never heard of is Afro-Iranians, yes there are Iranian people with Black origins that have chosen south of Iran as their home centuries ago. So let’s dive into the story of Afro-Iranians.

Iran and east Africa’s relations is a tale as old as time itself! it goes back into history, almost 3000 years ago, the Persian empire had trade relations with countries like Tanzania(or Zanzibar) and Ethiopia, after Islam these relations developed more and groups of Africans Immigrated to Iran as well as some Iranian Groups immigrated to the east of Africa(check out Shirazis of Zanzibar for more information). 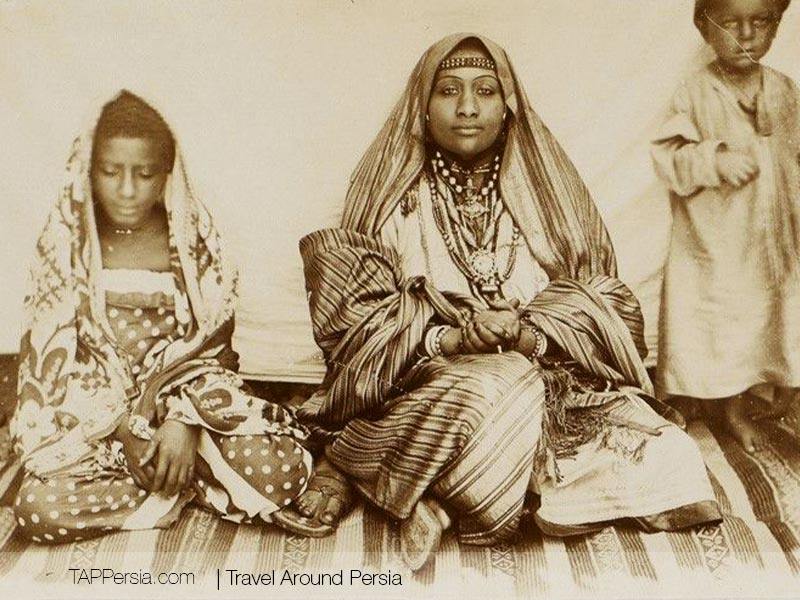 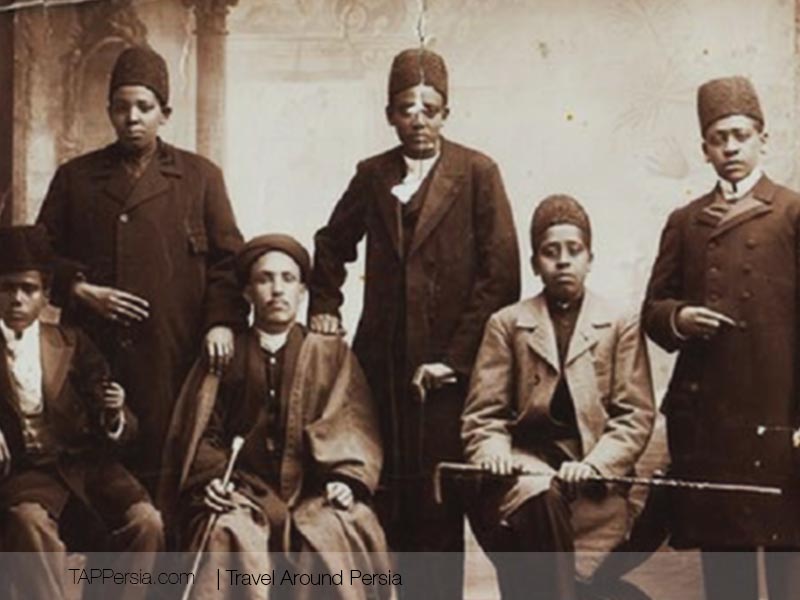 Most of Afro-Iranians have origins in North and Northeast of Africa, from countries like Tanzania, Ethiopia, and Somalia. 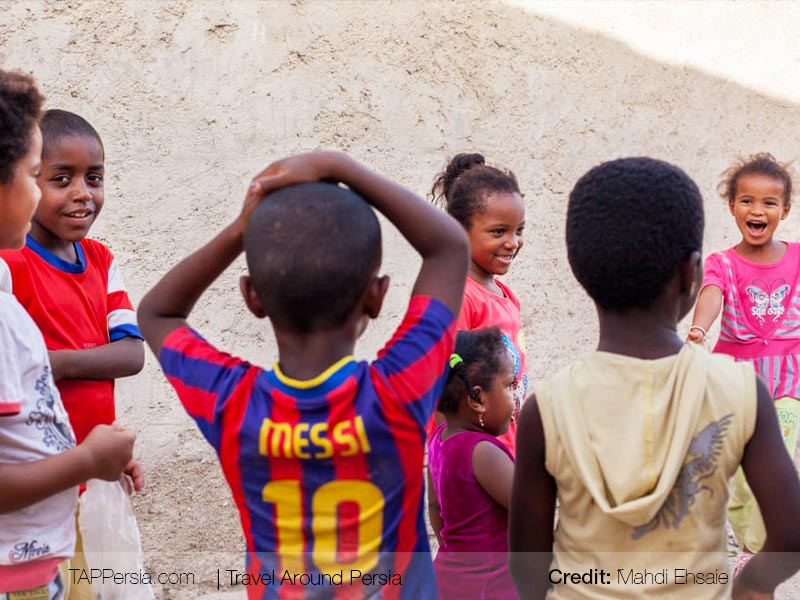 Most of Afro-Iranian people live in southern parts of Iran. in Cities like like Hormozgan, Sistan and Baluchistan, and Khuzestan. Afro Iranians in Baluchistan mostly speak Baluchi but black people from Bandar abbas or Hormozgan speak Bandari and Arabic. 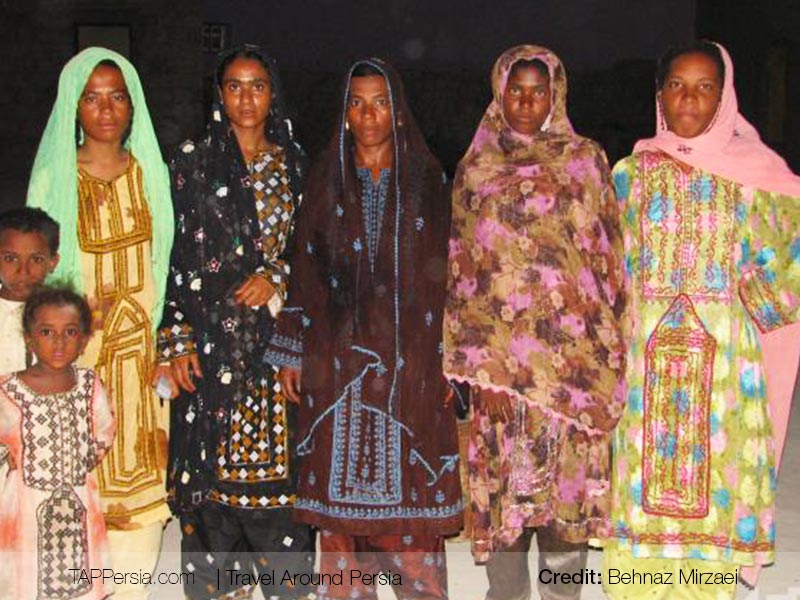 Afro-Iranian’s Music and Culture had a huge impact on the south of Iran Culture, The most famous Tradition among Afro Iranians is “ZAR” ceremony.

In Bandari Language” ZAR” Means devil Winds. the winds that go into Humans body and make them Sick or force them to do strange things.to make the winds come out of their bodies, people of the village make a ceremony with special music and dance movements. They sing special prayers to make devil Winds goes away. This unique tradition mostly happens in Qeshm Island. its famous among Afro-Iranian people. the music instruments, songs, and dance movements are originated from Swahili cultures . there are some great documentaries about ZAR ceremony, such as Baad e Jen “the Jinn’s wind “ directed by Nasser Taghvaie. 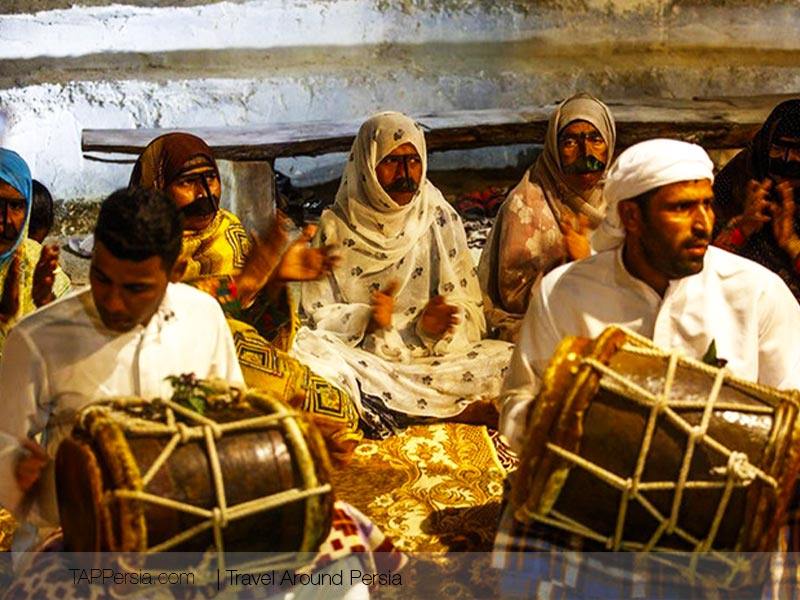 Music is a huge part of South of Iran’s culture. it has its own unique rhythm and instruments and you can not anywhere else in Iran. the Sanbehzadeh Ensemble is a folk music band from Bushehr Iran.they are mostly performing the Music of Persian Gulf region specially Bushehri Music. the lead musician and singer of the group, Saeed Shanbehzadeh is an Iranian Musician with African origins. Their Music has Huge fans across the world. They have performed  amazing concerts  in Middle East and across Europe. 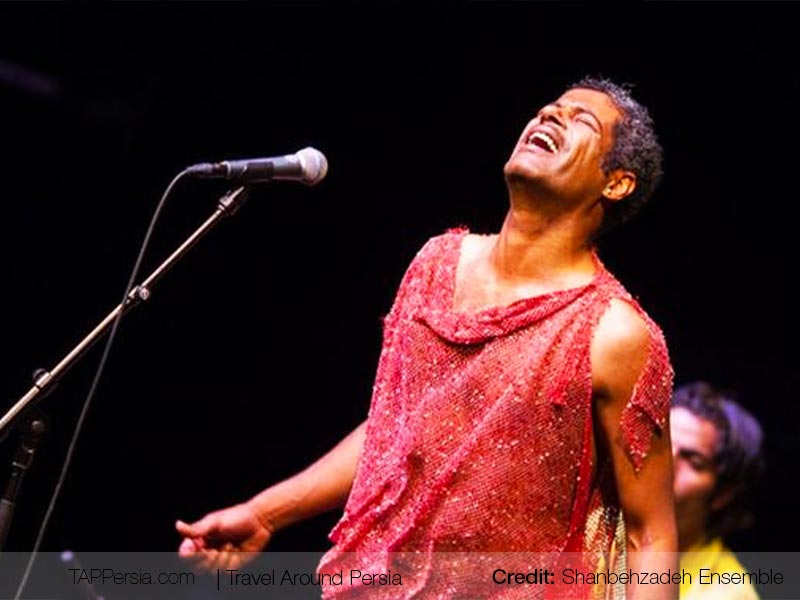 Ney anbaan ( similar to  bagpipe ), ney djofti (flute), dammām (some kind of Drum), Senj (cymbal) and boogh (a goat’s horn) are some of the musical instruments from South of Iran.

If you ever traveled to the South of Iran , You can enjoy their little live concerts by Persian gulf beaches.  in places like Bushehr, Qeshm Island, and Lavan Island. People’s  hospitality , amazing Food and great music will make your Travel to South like a Huge , Endless party! 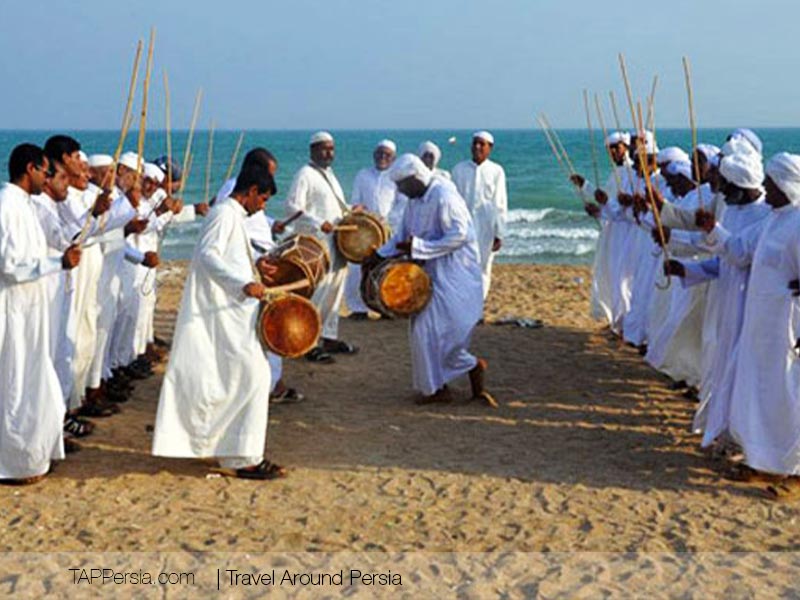 Just Like other Iranian people, Afro-Iranians refer to themselves as Iranian. they are fully accepted and blended in today’s Iranian society. They celebrate and embrace Their unique Culture by Pride . some of the most brilliant Artists and Musicians in Modern Iran have Afro-Iranian background. 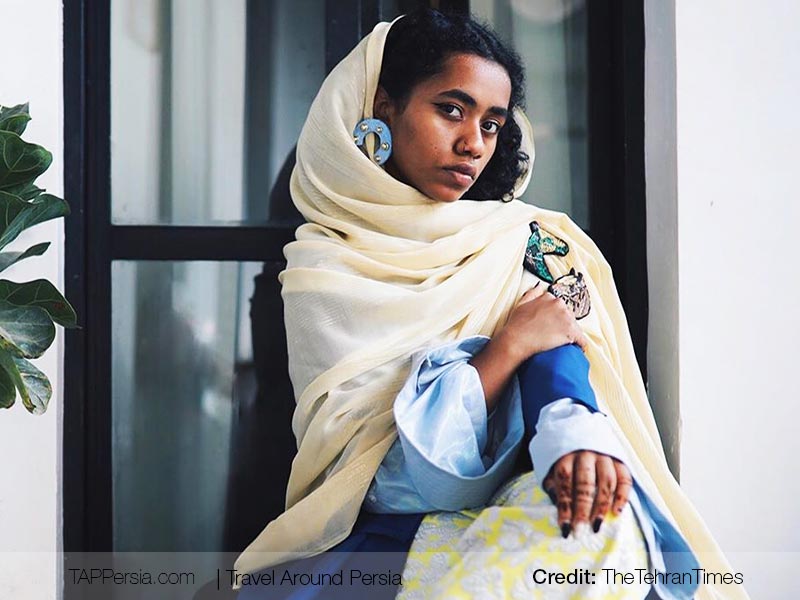 Unfortunately, until recent years there was no accurate portrait of Afro Iranians in media. even other Iranian people was not informed about Afro Iranian Groups . in 2015 a book named “ Afro Iran” got published by Mahdi Ehsaie, a German-Iranian photographer. That Book contains the portraits of today Afro Iranian people  in their homelands like Hormozgan or Baluchistan. 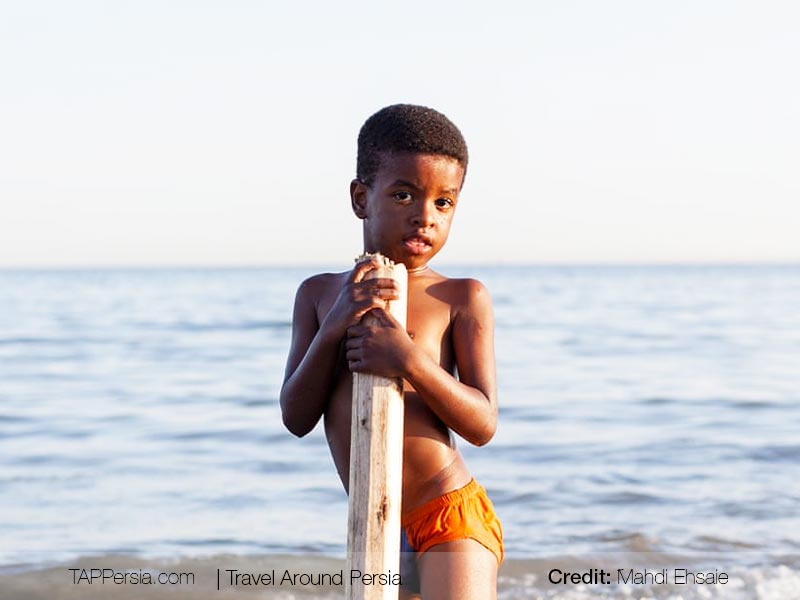 And with Black Iranian Celebrities in Hollywood ( like Yara Shahidi who has black American and Iranian heritage), the world is getting familiar with Afro-Iranian stories. 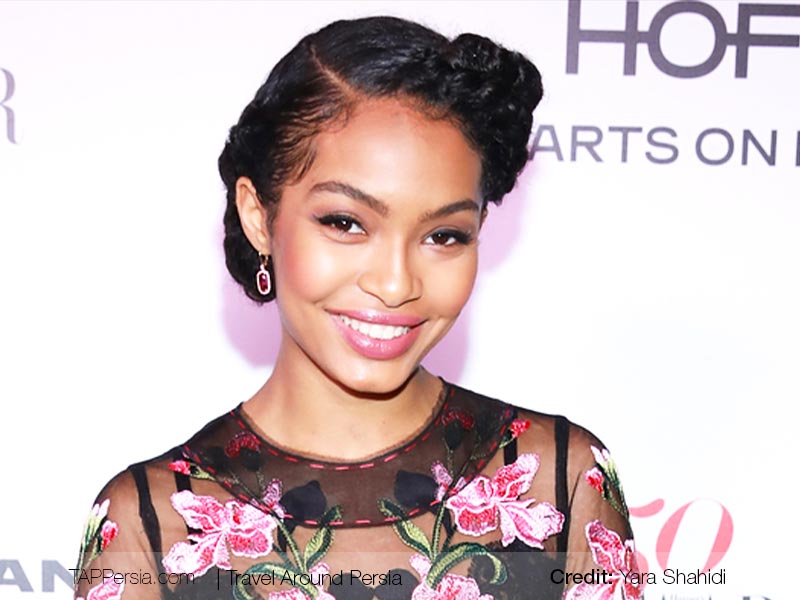 Iran is diverse and full of untold stories. all of them need to be Heard. Just like this one, the story of Iranian people with African heritage.