The Underground City of Noushabad

It was a normal sunny day, a little more than 10 years ago in the city of Noushabad (noush-abaad), when a couple of young guys were digging a well. Suddenly, one of the diggers fell into a deep pit. That’s how Ouyi was found by sheer accident. That young lad couldn’t dream of discovering the biggest hand-dug underground city in the world.

The city of Ouyi, located below the current city of Noushabad, is one of Kashan’s top attractions and is a masterpiece in both architecture and engineering. An underground complex spread over 3 separate levels, the wonders of Ouyi are still being discovered.

It is estimated that the labyrinth city was built sometime within the rule of the Sasanian dynasty (224-651 AD). However, archaeologists and other experts are still trying to understand how these ancient people could construct and excavate such a wonder using primitive tools.

The city has lots of unique attributes. The first thing visitors may notice are the various shapes, sizes and pathways of each corridor. The whole city is a labyrinth of rising and falling pathways which give the city some unique properties.

The city of Ouyi has a unique and ancient ventilation system designed to bring in fresh air, no matter how deep you go. The ascending and descending pathways allow the free flow of air throughout the structure.

However, what makes Ouyi one of Kashan’s top attractions is the city’s defense capabilities. The complicated network of rooms, halls and pathways are connected by small hatches, big enough to allow only one standing person at a time. Some paths can only be accessed by crawling.

It is theorized that when hostile forces would raid the area above, residents of ancient Noushabad and various other local villages would seek shelter within the underground network of Ouyi. Once inside, the city provided quite a few other defensive capabilities.

While traveling inside, citizens would need to travel in a single-file line. The first person in the line would light the wall-mounted torches, while the last person in line would turn off each successive torch, thus confusing the enemy. Furthermore, because of the U-shaped nature of the tunnels throughout different levels, invading soldiers would be forced to attack uphill towards the end of each tunnel. This gave the defending soldiers enough time and elevation advantage to dominate their enemies. 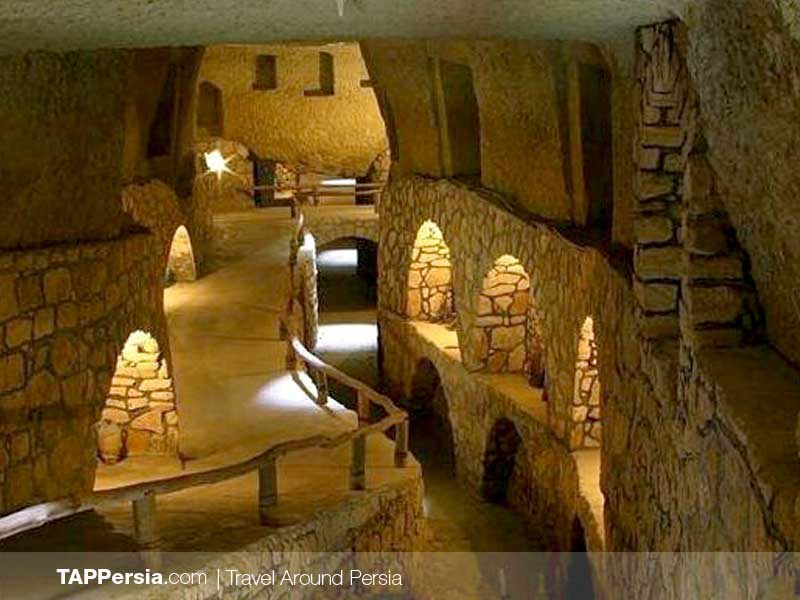 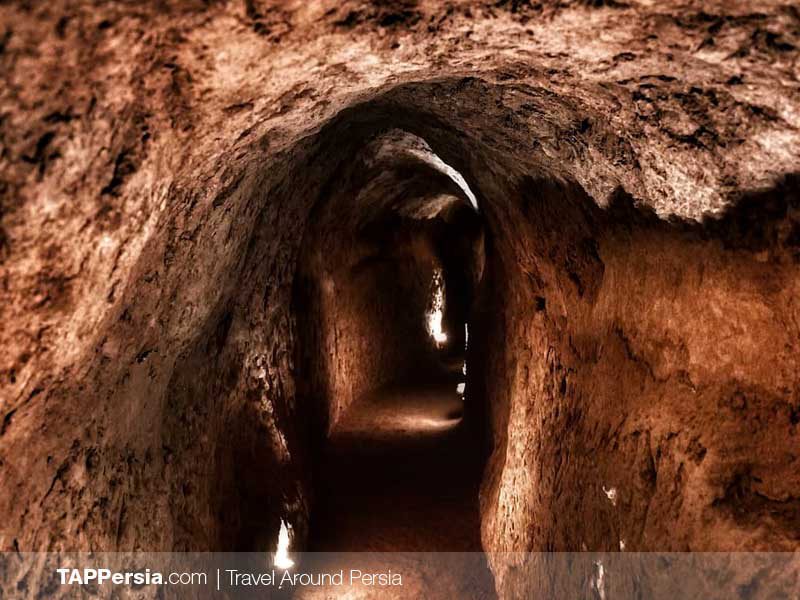 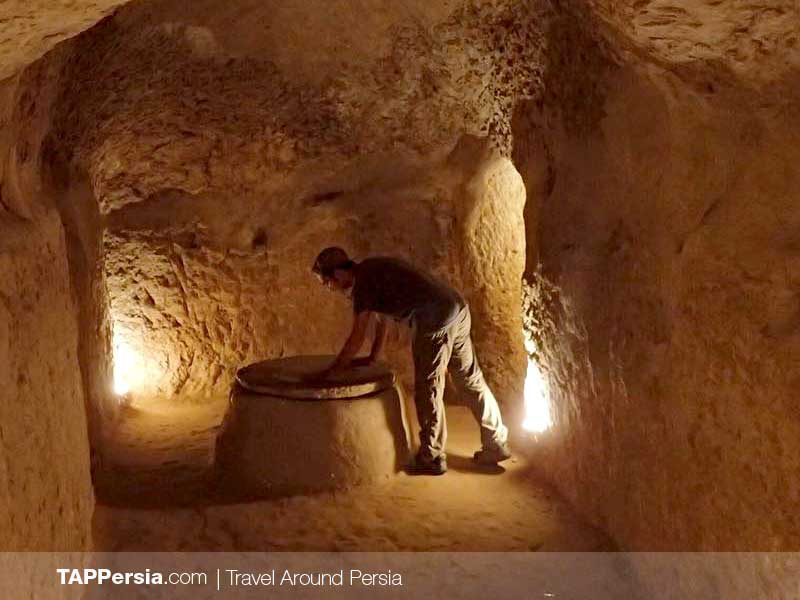 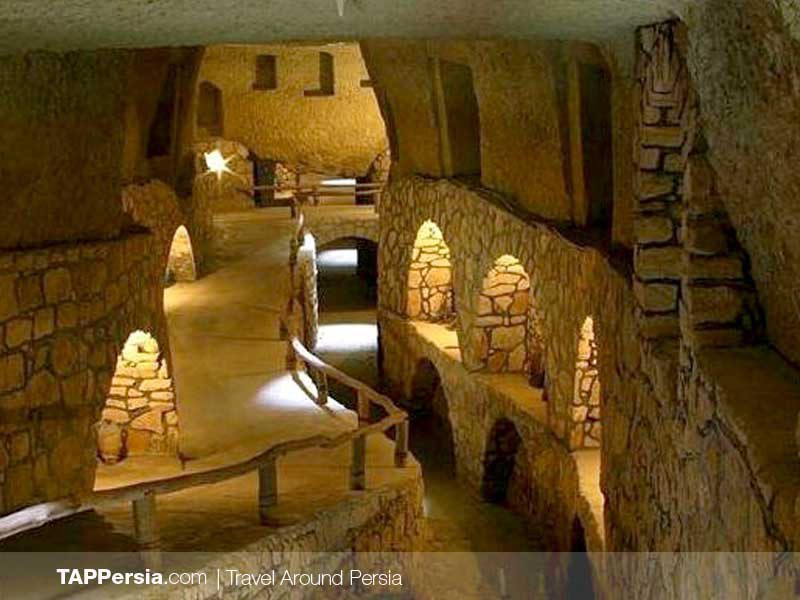 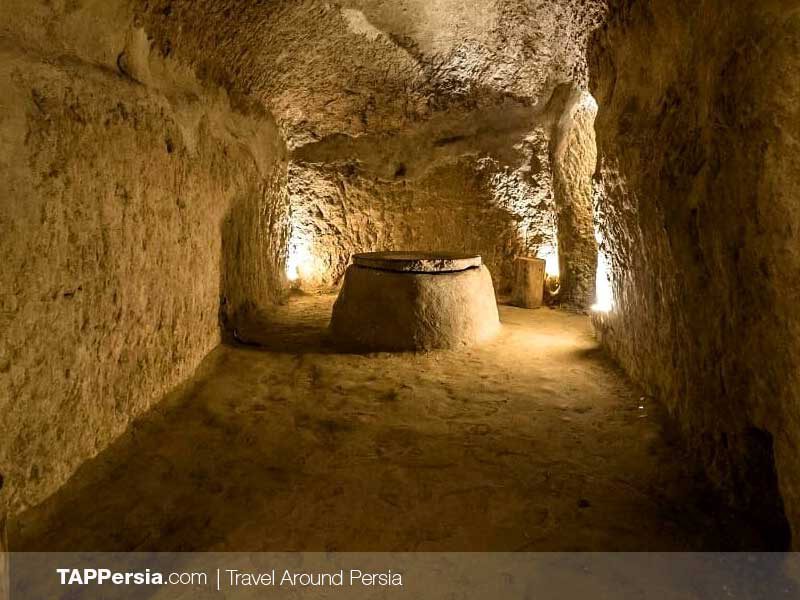 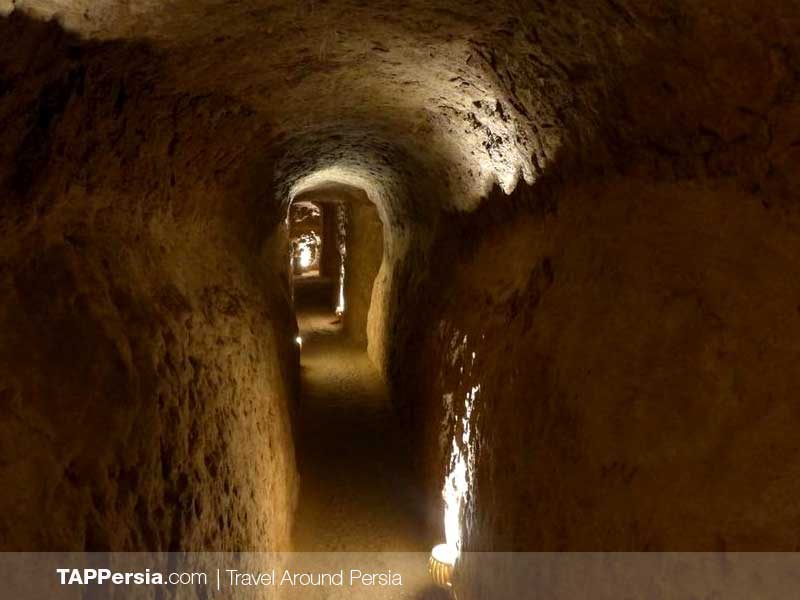