What was on your mind?

Expectation: Iran is a barren land that’s hot all year round
Reality: Iran has four seasons and a variety of landscapes 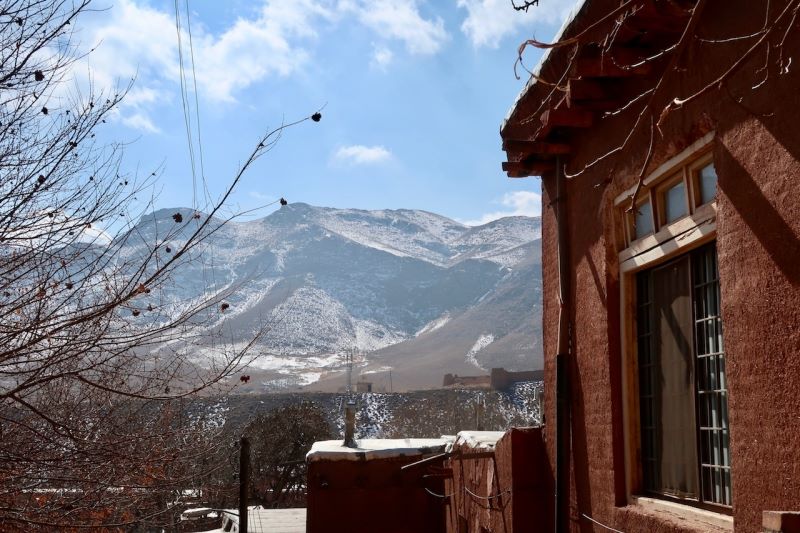 Snow-dusted mountains in the village of Abyaneh. 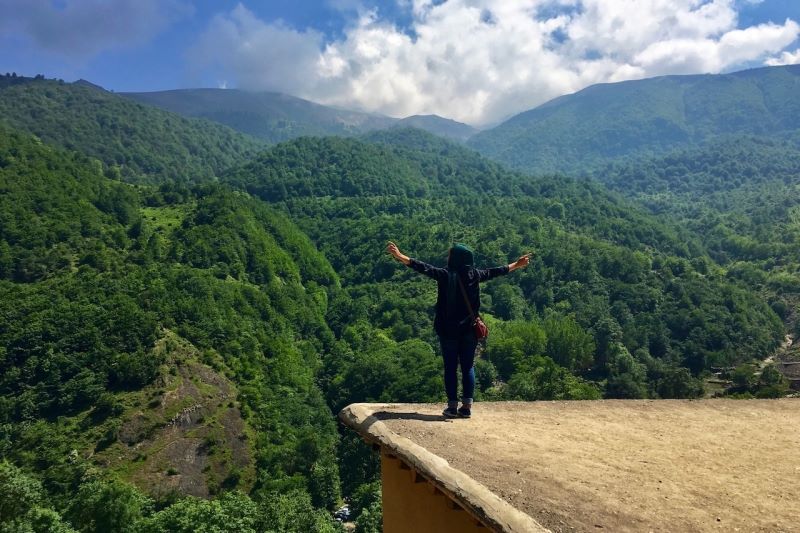 The greenery in Masuleh, a quaint town in the Gilan Province of Iran.

Many of my friends were surprised to hear that it snows in certain parts of Iran. Just a few weeks back, heavy snow blanketed the northwestern parts of the country, including Tehran, causing massive flight cancellations and disruptions over a few days. In March, spring will unfold itself and all its glory; I heard it is the most beautiful time of the year in Iran, especially so in the city of Shiraz. So yes, Iran actually experiences the four seasons! Since the country is spread over such a large area, it’s also possible for one end of the country to be freezing cold and the other end to be scorching hot. 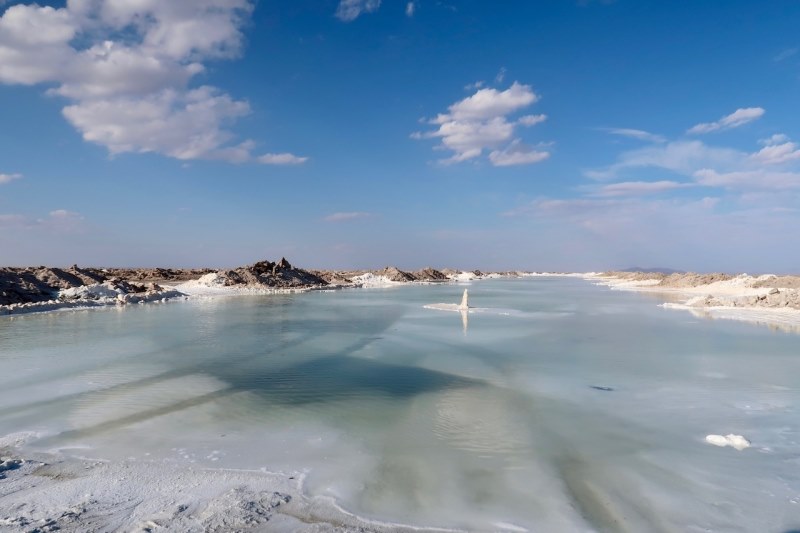 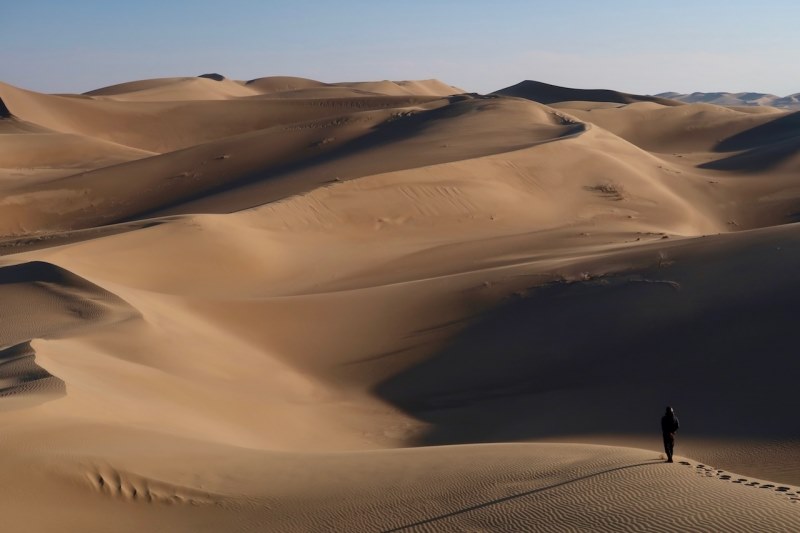 The sand dunes near the salt lake above.

Along the same line, Iran also has a variety of landscapes. There are mountains and rainforests, there are deserts and barren land, and there are also lakes and seas. You can start your trip from the shores of the Caspian sea, hike the hills of the Alamut Valley, climb to the peak of Iran in Mount Damavand, enter the remote wilderness of the Lut Desert, and then watch dolphins swimming in the Persian Gulf. All that in one country.

Expectation: All Iranian women are clad in a burka
Reality: Fashionable women pushing the dressing boundaries are a common sight 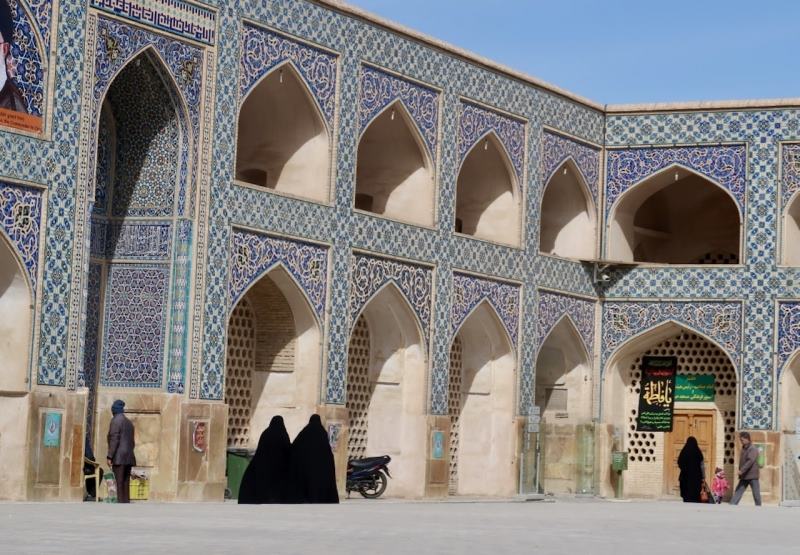 Chador-clad ladies in a mosque.

Some people have the idea that women in Iran are clad a burka, with just their eyes peeking out, when they are in public. This is not true. It is, however, true that wearing a headscarf is compulsory in Iran, even for travellers. And that a lot of women in Iran choose to wear the chador, which is a full-body cloak with no buttons on the front. 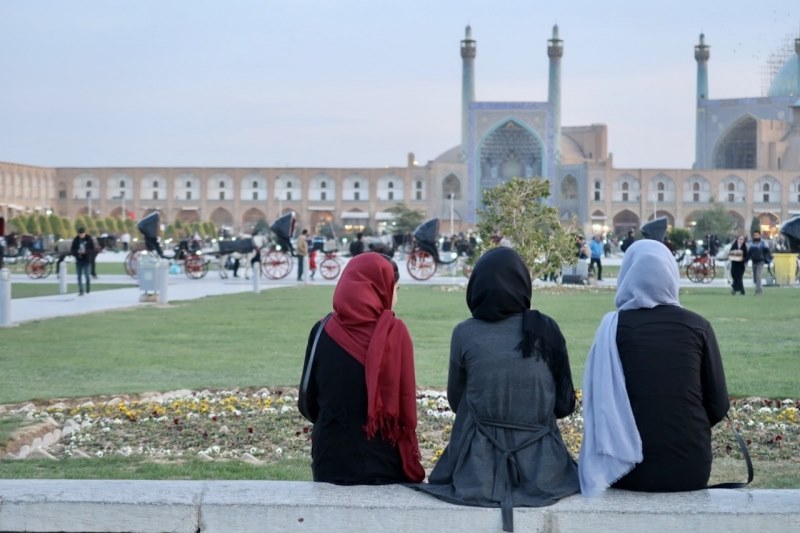 But at the same time, you can also spot fashionable women sporting trendy manteaus with hair spilling out of their loosely-worn hijab, especially in the lesser-conservative cities like Tehran and Shiraz. Along with that comes the so-obviously-dyed blonde hair, fancy nails and high heels, and most surprisingly, the ubiquitous nose tapes that boast a recently-done nose job. So yes, there are women pushing the boundaries when it comes to the dress code. In fact, there were recent protests in Tehran where women expressed their discontent against the compulsory hijab by publicly taking them off. Sadly, most of them were arrested.

Expectation: The masses are deeply religious Muslims
Reality: Restrictive religion-related laws are imposed by the government, but not everyone embraces them

It has been 39 years since the Islamic revolution swept over Iran and converted it to an Islamic Republic. Currently, Iran faces a slew of problems that deeply impact the people on the ground. Among others, they include unemployment, inflation, a high cost of living, weak currency, and income inequality. Many people are discontented with the government for not doing a better job at running the country and also for the widespread corruption. Part of the problem is the allocation of the country’s budget on religious institutions and the influence of religion on politics and subsequently economics. Many of the people I’ve spoken to are not blind to this and are deeply dissatisfied. Much of their anger is directed at not only the government but also the religious foundations of the country. And while not everyone mixes politics with faith, I believe that the imposition of the Islamic rules on the masses as well as the current state of the economy has brewed up some resistance from the ground.

Beyond that, speaking on the matter of just faith itself, I’ve met many non-practising Muslims as well as people who consider themselves Muslims but have unique ideas or interpretations of Islam. There are also atheists, agnostics, and people who secretly denounce religion. It’s a colourful world once you start talking to Iranians about religion.

On another note, beneath the Islamic veil of Iran, you’ll even find extramarital sex, drinking, drugs and underground parties – none of which are promoted by Islam.

“Why are you going to Iran? Are you joining the ISIS?”

This is a common line that I’ve heard when I tell people I’m going to Iran. While it may just be a joke, it underlies the misconceptions that plague Iran with regards to its people and the safety of travellers. 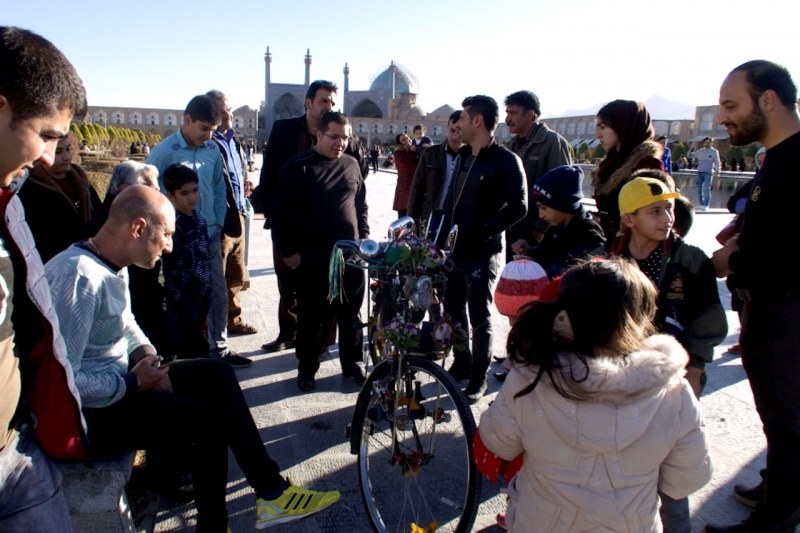 Locals congregating to listen to the radio attached to the bicycle.

But here’s the thing I repeat again and again – Iran is safe! While the Iranian government may have been accused of sponsoring terrorism abroad, Iran itself does not regularly face terrorist attacks, and even less so those that are directed at tourists. There are no bombs and war in Iran; instead, there are families having picnics on green spaces, youths chilling out in cafes, retirees exercising in parks… you get the drift. 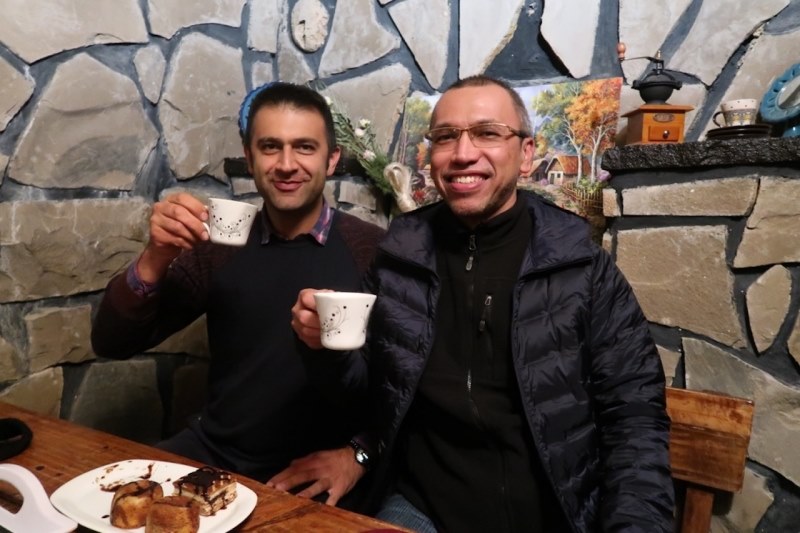 A local in Shiraz, Muhammad, who showed my Dad and me around the city.

The only sort of “terror” you will potentially face is when locals kidnap you for a lavish dinner with his family (and extended relatives) and when you face terrible indigestion after that because they keep topping up your plate. Or when a total stranger insists on taking you around the city and paying for everything, from taxis and meals to entrance fees, without wanting anything in return.

Expectation: Iran is difficult for travellers to explore
Reality: Travelling in Iran is a BREEZE

This may sound like a sweeping statement but out of the 20+ countries I’ve visited, Iran is really one of the easiest places to get around. Bus connections between cities are aplenty – simply show up at a terminal and a local will direct you to the correct booth. Taxis abound outside bus stations and airports, and there’s also an application called Snapp (similar to Grab or Uber) which can get you around the city affordably and without hassle. In touristy cities, there are hotels, hostels and guesthouses from which you can take your pick. And most importantly, when you need help, by virtue of being a tourist and a “guest” of the country, the locals will go out of the way to solve your problems. 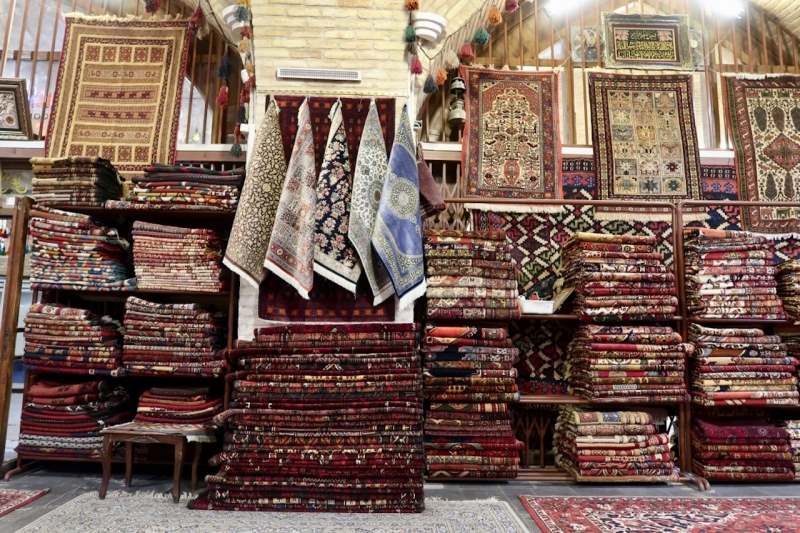 That said, there are a few things to take note of: The web censorship in Iran is high and a VPN is needed to access sites like Facebook and Twitter; most accommodation are not listed in global hotel booking sites – you’re better off booking directly via the website, email or WhatsApp; the official currency is Rial but locals will quote you in Toman, and other stuff you can take note in my list of Iran travel tips.

Conclusion: Iran is a country that surprises

What I love so much about Iran is that it surprises. The reality is far different from what people would normally expect. A trip to Iran will get you questioning other misconceptions you hold of certain countries or nationalities, and it makes you more critical of what you read in the media. Not only that – Iran will warm your heart with its profuse hospitality and when you get home, you’ll be waxing lyrical about the country.