Baloch people are the majority population of Sistân and Balochistân Province in Iran, the remotest area in the southeast of the country with a harsh climate. They live as different tribes. And speak an Iranian language called Balochi which has two major spoken dialects, Rakhshâni and Sarâvani. They live in mountains and places hard to get and this allowed them to maintain their own freedom from neighboring rulers and rules. This also allowed them to sustain their own unique culture and way of living. Baloch people had flocks and lived a nomadic life but nowadays the lifestyle is more of an agricultural one. Still, some of the Baloch people are living a tough life with the least facilities.

Where Baloch of Iran Live 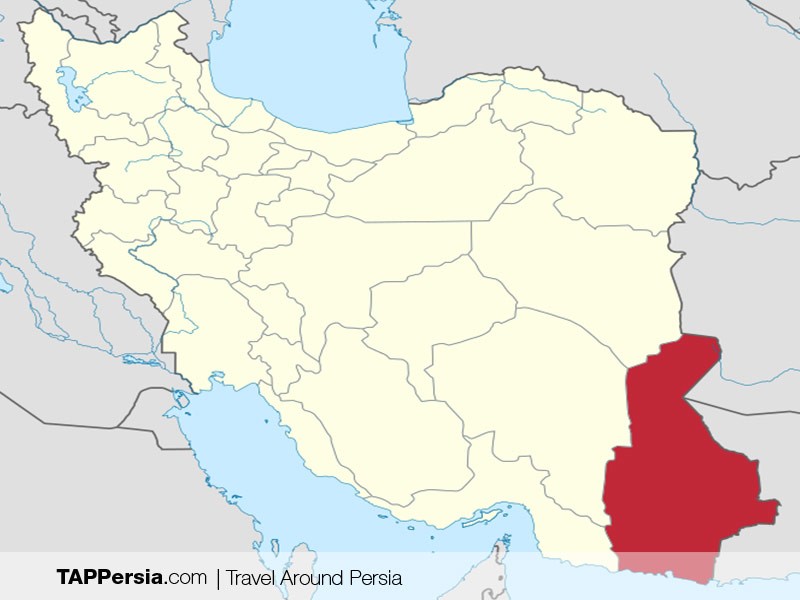 The majority of them live in Sistan And Balochistan, mostly in cities like; Iranshahr, Châbahâr, Nikshahr, Sarbaz, Sarâvan, Zâhedân, and Khâsh. Of course, there are other Balochs living in Pakistan, and southern Afghanistan, too. In Iran, Balochs are two groups Makrâni and the Sarhâdi. Sarhadi Balochs live in Zahedan and Khash which are known as the Sarhad region. The other cities mentioned above like Iranshahr and Chabahar are known as the Makran region where Markanis live. Sistan and Balochistan is a very underdeveloped and poor region that’s why the government has implied new ideas like creating Chabahar Free Trade Zone to reverse the situation. Even most Iranian people see the province as a remote and weird place. But all of these reduces none from its unique culture and natural beauties to explore. It is so, that many of the foreign tourists come to Iran to visit the area only. 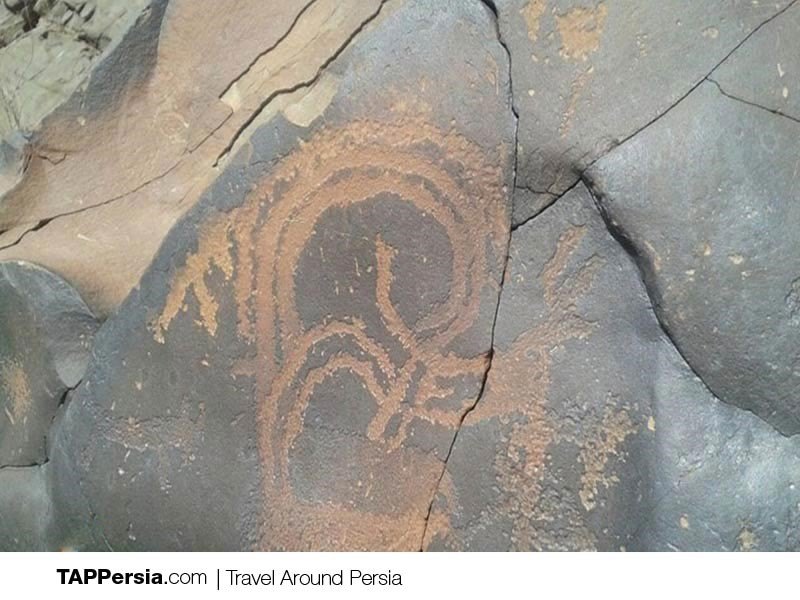 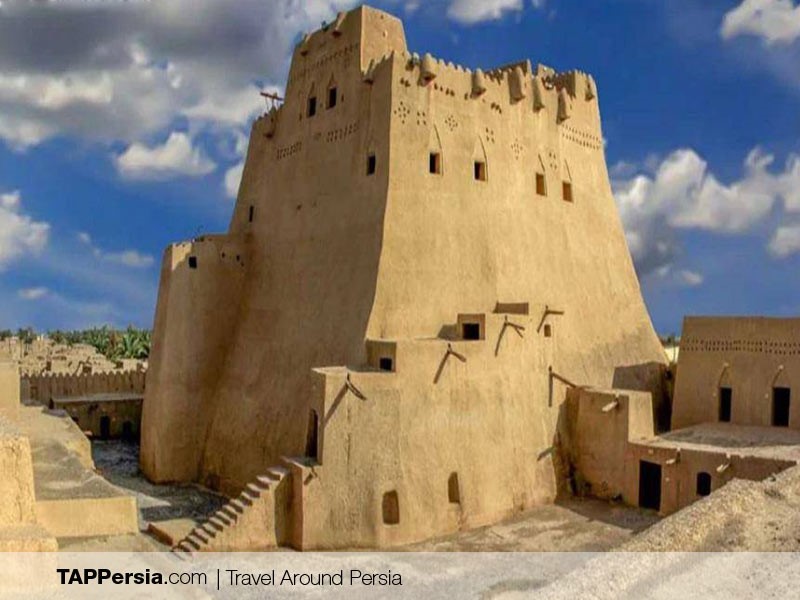 They say Balochs are the people who lived in Aleppo once. Aleppo is known as Syria today. According to them, they are the descendants of Prophet Muhammad’s uncle, Ameer Hamza. It is said these people fled to eastern parts. In fact, there is no evidence of what they claim but according to their language which is a northwestern Iranian one it makes sense that their habitat was the east or southeast of the central Caspian region. The reason why they fled and migrated to Sistan is not obvious but it can be the instability in the Caspian area.
It is noteworthy that Ferdowsi, the grand poet of Iran in the fourth century AH, speaks about Balochistan and Baloch people. Some of the heroes of his great book rise from Balochistan who he describes as “the mountain people”. 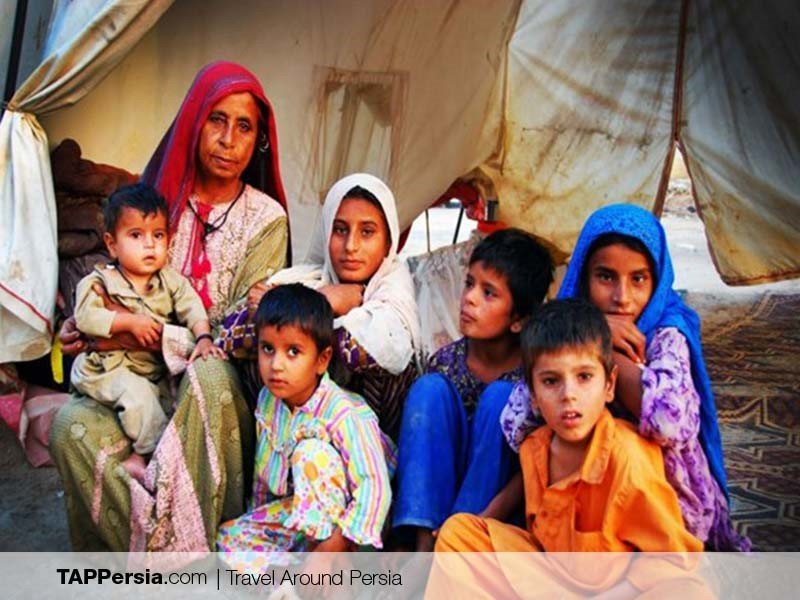 Baloch ethnicity has religious people and they pay special respects to their Islamic beliefs. In any condition, they say their prayers on time and fast in Ramadan, even while traveling.

Miyar means “to find refuge” and Miyarjali means providing protection for refugees. If a sinner or a victim of a tribe flees to a more powerful one and asks them for protection they will give him a hand. First, they try to solve the problem if not solved they will protect him forever.

They are great promise keepers. And when they make a promise they will not give it up even if it costs them their life.

Like every Iranian’s bold common trait, Iranian Balochs are hospitable, too. But these people’s hospitality is unique in its kind.

Living individually has no meaning for a Baloch and it is kind of equivalent with the notion of extermination. Through time Baloch people have experienced bitter unfair battles with the harsh nature and weather. Thus they have learned to live in groups and survive in their tribes. All together they do farming, constructions, digging subterranean, and defense.

“Bejâr” is a Baloch tradition. Of course, we can also notice this tradition in different ways and with varied names in other Iranian ethnicities. Anyways it means to financially help out the newlyweds to start their couple-life together.

Divân is a Persian name for “gathering”. This gathering or meeting consists of the elders of the tribes who get together and make important decisions for their people. To solve the conflicts between people or two tribes is one of the things they gather around for.

Marriage with relatives and the girls of the same tribe is so common among Balochs. Maybe it is a surprise for you that having more than one wife was a routine for them. And yet among the traditional Baloch people, it is. By all means, women have important roles in their families and play a significant role in making decisions. Nowadays as the modern lifestyles have stepped in and more women are getting familiar with the new cultures they tend not to marry married men. And thankfully men have started to shift their approach to living with only one wife. 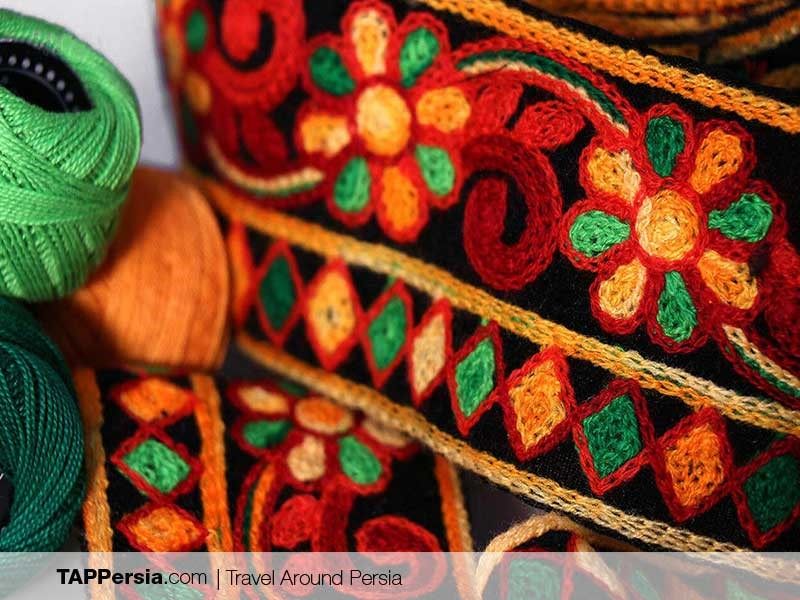 Handicrafts And souvenirs of Baloch People

One of the most original arts of the Baloch is their Soozan-duzi or needlework. Every Baloch woman grows up learning needlework that’s why they are so skilled in it. Every girl sews her own dresses and applies any needlework pattern as she wishes. But the interesting thing is every tribe has their own style of needleworking patterns snd designs. Meaning if you know the tribes and their designs, you can tell which needlework belongs to what tribe. And let me remind you of a nice tip that some of the greatest tailors of the world are from this land.

Kelim is a kind of rug that mostly nomad women weave. Black, red, crimson, and sometimes white and yellow are the dominant colors they usually use in their kelims. 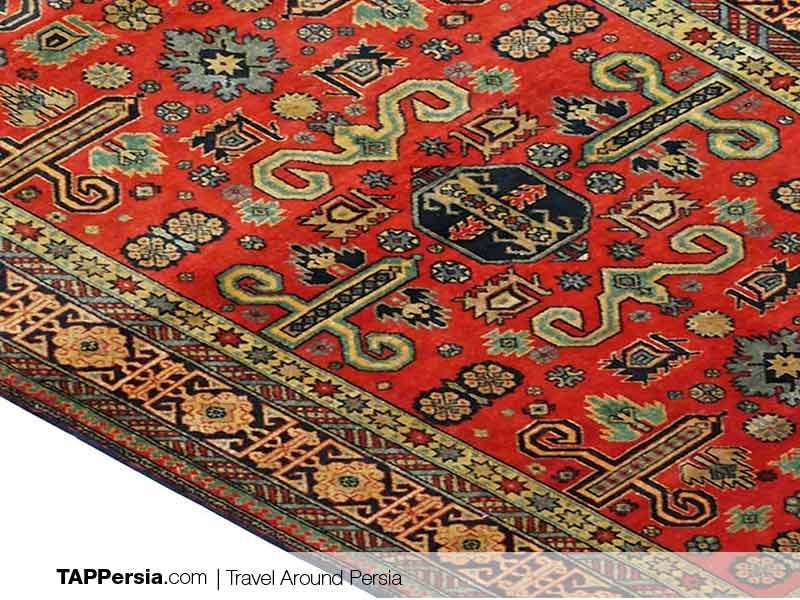 Sekkeh in Persian means coin. But necessarily they do not use coins, any kind of shiny beads and spangles would do. Baloch women use their coin embroidery products mainly for decoration purposes. They hang it on the wall or use it as the bed cover and sometimes wear around the camel’s neck at weddings. 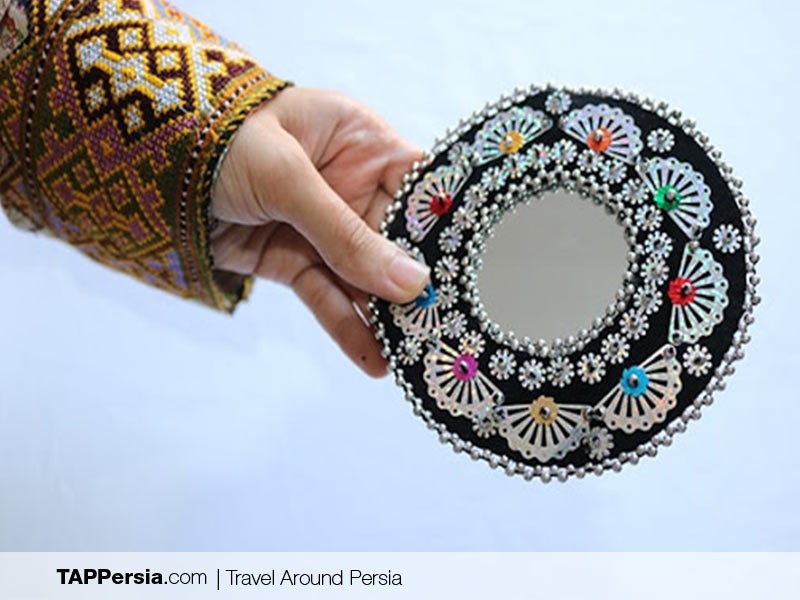 Khâmeh-duzi is so much like needlework with some differences. First, they use white thread in it only, and second, the patterns are kind of different from what you see in needlework. 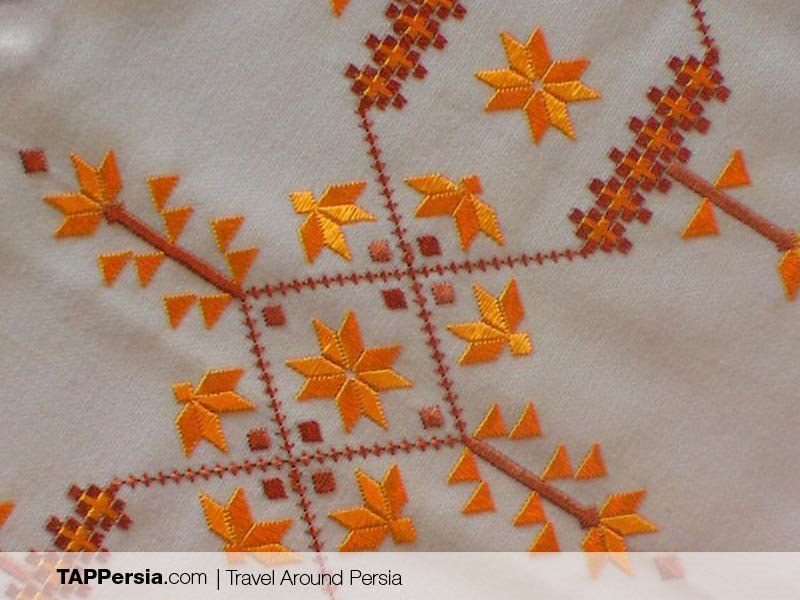 The center of pottery in Balochistan is Kalpurian. Baloch women draw special patterns on the potteries. These patterns are exclusively for this area and you do not see it in other parts of Iran. 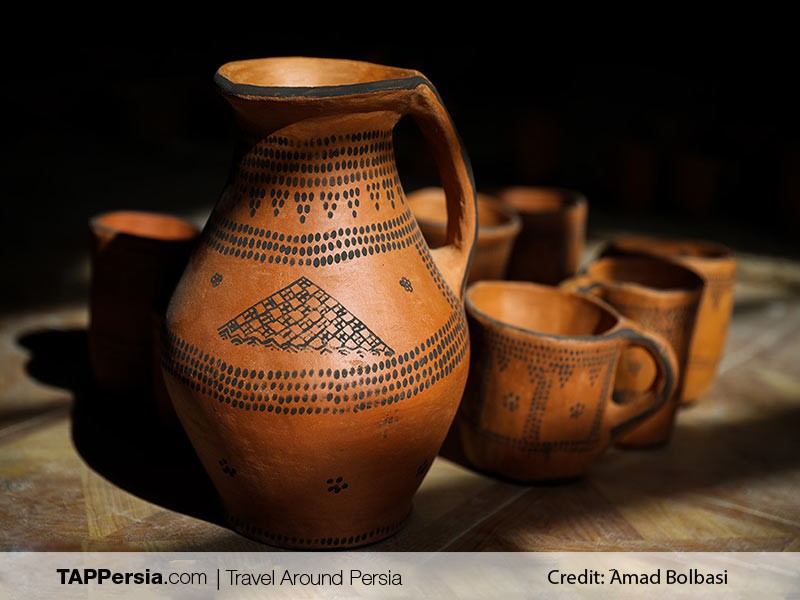 Hasir is a mat, made of some plant fibers like Palmyra fibers. Here Baloch men and women make the mat from long date tree leaves (Daz). They make baskets, curtains, small chests, and mats by matting. 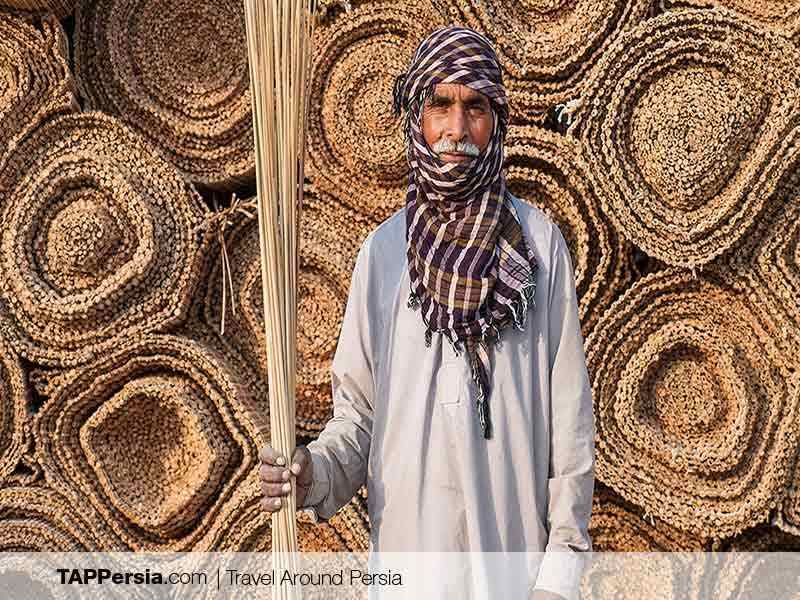 Balochi foods are so varied and unique to their own area here we are going to take a sip of some.

Growing sheep and goats is a major job among Baloch people so mutton and goat meat is one of the main ingredients in their foods. Tanoorcheh is a popular delicious Baloch food that they serve with or without rice. Either way, it is so tasty. First, they cut the meat into big pieces and then put them on wooden sticks made of date trees. Afterward, they put the sticks in a Tanoor. Tanoor is a traditional fire whole to cook food and bake bread. 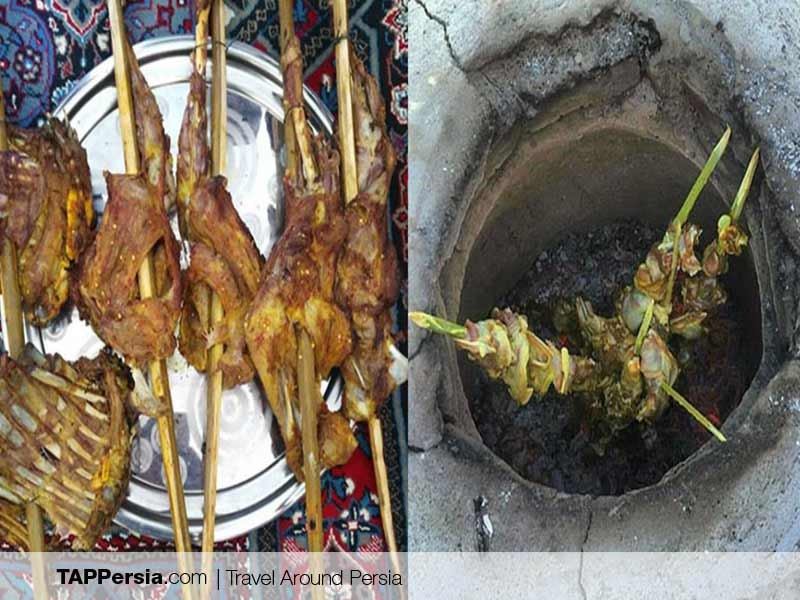 South of Iran is kind of known for its dates. Baluchistan is not an exception. They grow different types of dates. So it is predictable that dates play a strong role in their tables. You can see it in the ingredients of many of their dishes. We will learn about one of them here, Landoo! Landoo is made of dates, wheat, and sesame. First, they take out the date stones then they add fried wheat and sesame to it. It needs to be rested for 10 hours and then it’s ready to shape and to serve.

This omelet is like any other omelet but with soozi vegetables. Soozi is a local vegetable that only grows in the area.  In parts where soozi does not grow, they make the omelet with spinach but soozi has its own unique taste.

Sistan and Balochistan is located next to the Oman Gulf, therefore, fish and fishing have found their way to their everyday lives. Lanjoo is a stew with fish. They cook it in two ways one with water and two with doogh (made of Yogurt, water, and salt). They add water or doogh to the mixture of fried onion plus spices and then let it boil afterward they add the fish. The skill is no let the fish smash! It’s an art itself!

Baloch people cook this rich food in Ramadan and in cold months of the year. It is highly recommended for those who have a cold. Mash is “mung bean” in Persian. They add water to fried onion and then boil it. Afterward, they add the soaked rice and soaked ground mung beans to it and let most of its water evaporate. Before serving they pour some animal oil on it.

Some believe the culture and traditions of Baloch ethnicity are mainly inspired by India and also Pakistan. And that’s because of the years of sharing borders and all the communications they have had.  Anyways when we study the traditional dances we notice some similar occasions in all ethnicities, but with different dances and performing customs. You can noticee the moves and the rhythm vary in different Iranian ethnicities but the content they are trying to convey is kind of the same. For example, Baloch people have dances to pay their gratitude for the abundance after harvesting their wheat farms. And we see such customs in other ethnicities, too.

Although the Baloch people of Iran are fighting for their lives in the harsh environment they are living in, their traditional music is so soft and ear-catching. One of their most amazing instruments is Rubâb. Its heart-warming sound is unbelievable. Make sure you google it and listen to it online at least, in case you are not planning to visit Balochistan and listen to it in person. 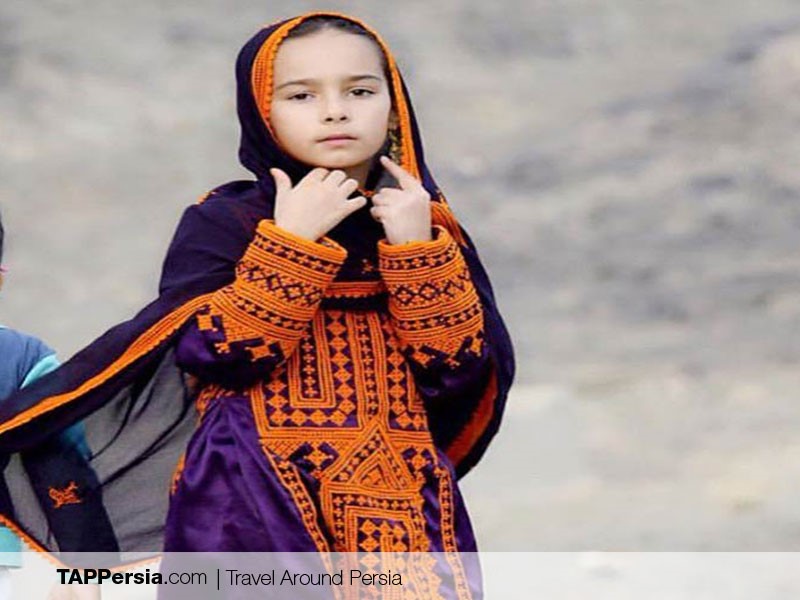 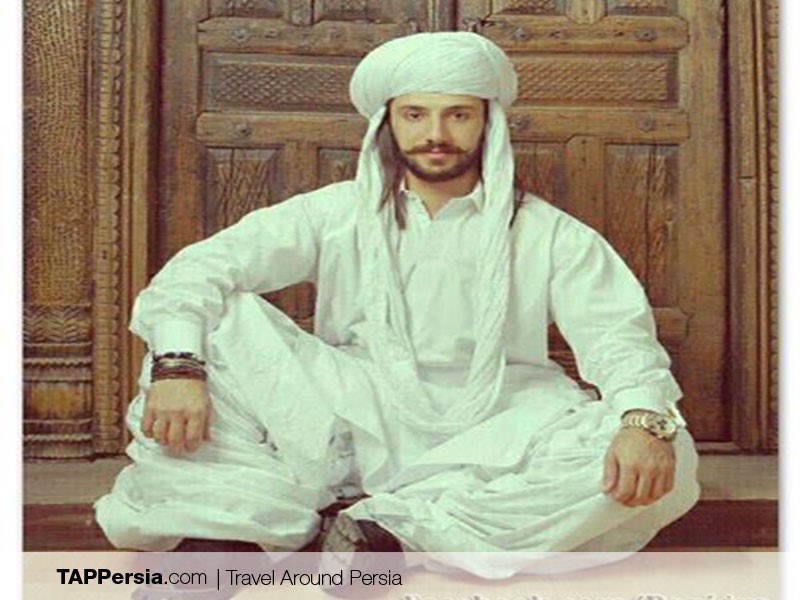 Due to the hot climate men’s clothing is almost white and baggy. With a sash and Turban to protect their waist and head.
Baloch women wear long dresses plus panties and a scarf, all with astounding designs of needlework. The interesting thing is the importance of the pockets on Baloch women’s clothing. They have big pockets which are a symbol of bravery. It is exactly like a mustache and beard for men in some ethnicities.

I hope our articles on different ethnicities in Iran have given you some new interesting information. To learn generally about more known Iranian ethnicities click here and to learn about each in further detail click on each ethnicity you are curious about Gilak and Mazani people, Iranian Kurds, Iranian Azeris,  Turkmens, and Lurs.