Iran is just a word but what it has to offer in its borders is beyond words and imagination. I am not talking only about the astonishing culture, history, unique architecture or even its outstanding nature but about the many ethnicities, it holds within. It is so strange that these many different Iranian ethnicities have managed to come together and to survive here. But maybe if you take a short look at Iran’s history, this diversity would not appear that strange. They call it one of the Cradles of cultures. During the history, Iran has touched many lands from Italy to China, from Egypt to Russia. So let’s get to know nowadays different ethnicities in Iran which are a souvenir of thousands of years. 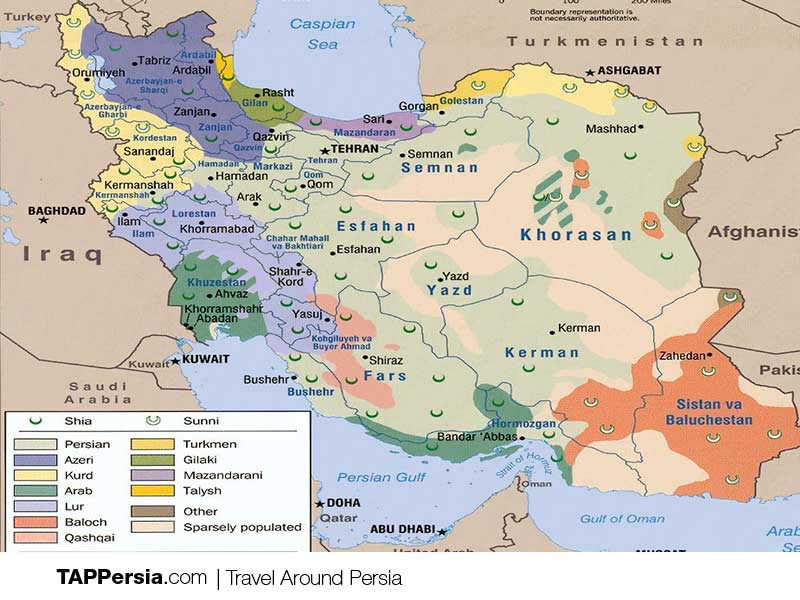 First, let me tell you some interesting general tips about Iranian ethnicities;

The major religion in Iran is Islam besides Iranian Muslims are two kinds, Shia and Sonni. Which vary in numbers in different Iranian ethnicities.

Each Ethnicity in Iran speaks their own language, though some believe some of them are only dialects. Anyways the strong idea is the opposite. 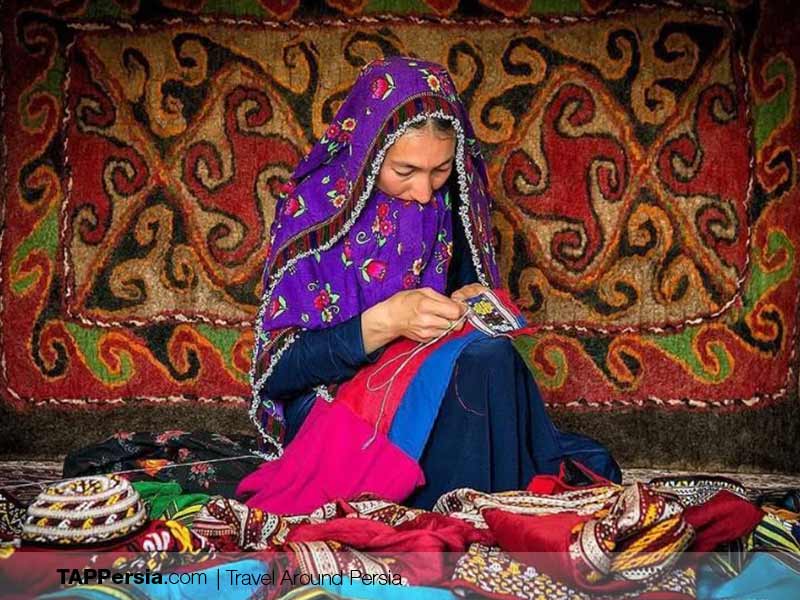 A very compelling subject to follow about Iranian Ethnicities is their clothing. You know why? because of the absorbing, fascinating, happy colors, you can see in what they wear. This is kind of crazy since you can find this colorful theme almost in every Iranian ethnicity. It’s so appealing that you will find scarfs for women and hats for men in all of them. Plus long gather skirts for women, pants, and sash belts for men. 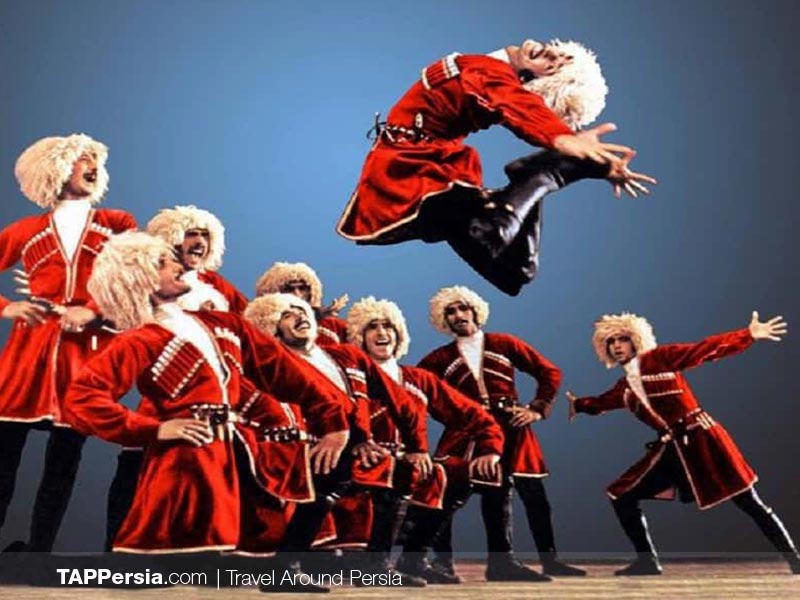 For traditions, I can tell you if you dive in, there will be no bottom for it as there are so many of them in each ethnicity in Iran. Each tradition has a long amusing story behind it. Dance is one of the core traditions of all these ethnicities, dance with their own traditional songs and musical instruments. And don’t make a mistake, not only each ethnicity has got a totally exciting different dance and melody for itself but they have a particular dance for different occasions, too.

Persians; All Iranians are not Persians

Once Iran was called Persia, so long ago. Originally people living around the Caspian Sea were called so. And later on, it got more general. Today Persians are the largest in number among the whole Iranian ethnics around 61%. They speak Persian or Farsi. You can find many of them in big cities like Tehran, Yazd, Isfahan, and Shiraz. And they are Shia Muslims. 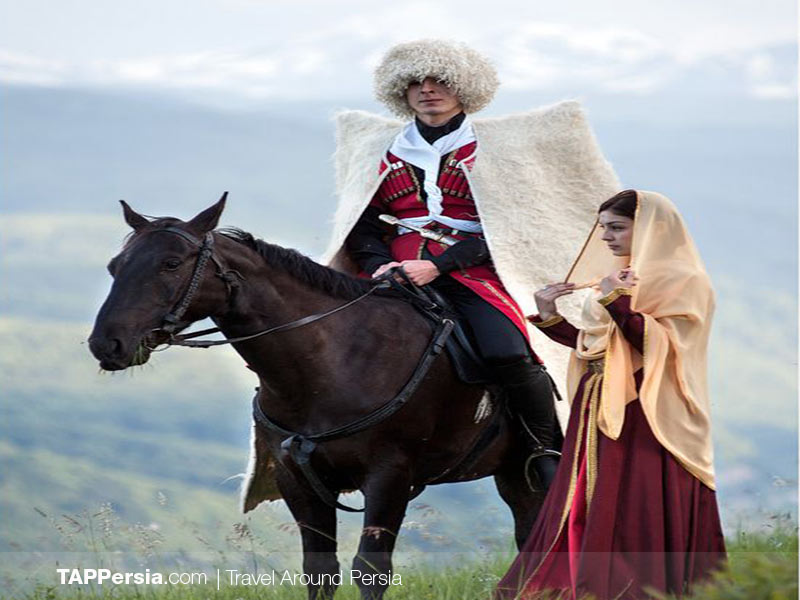 Iranian Turk people consist of different groups such as Azeris, Turkmens, and some other Turks who are living as divergent tribes in different parts of Iran. These tribes are the minorities of the Turkic-speaking people including Qashqai people, Khorasani Turks, Afshar people, and Qarai Turks. The majority belongs to Azeris who occupy most populations of these provinces; West and East Azerbaijan, Ardabil, Qazvin, Zanjan, and Hamedan. Almost all Azeris are Shia Muslims. 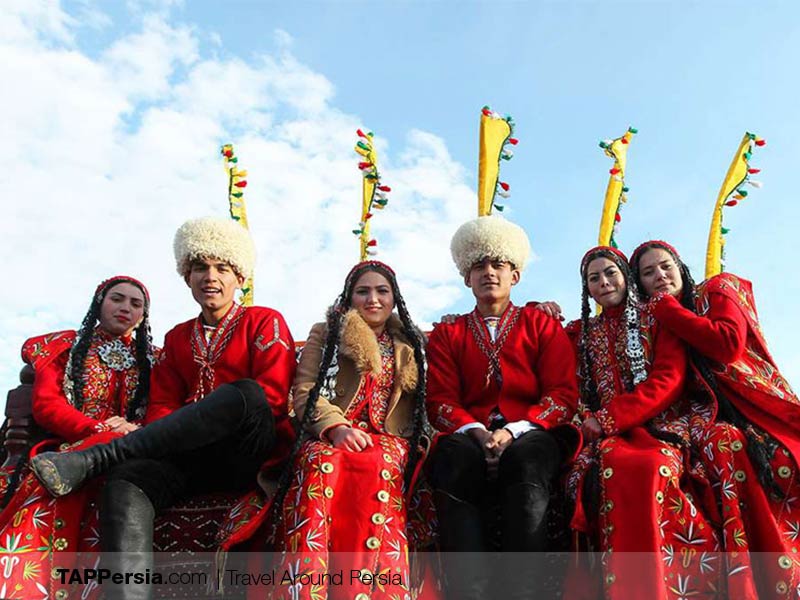 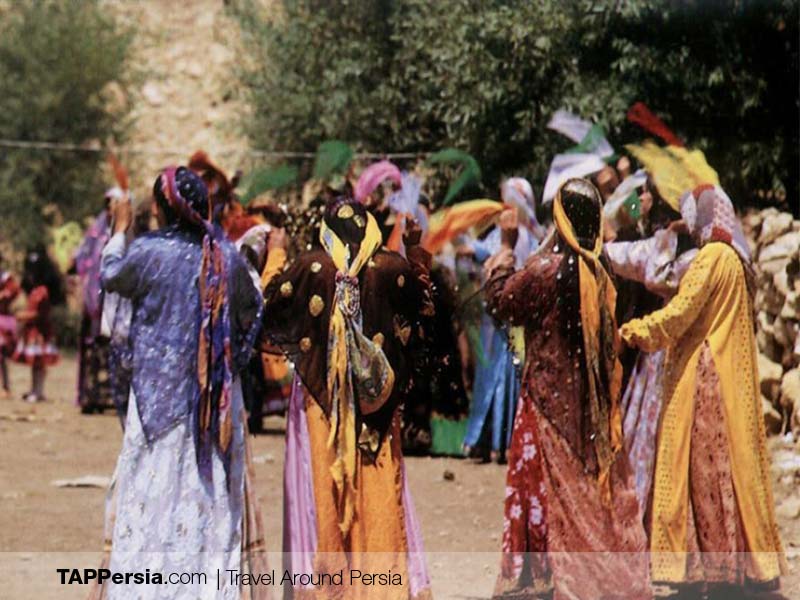 Qashqai people were Nomads but today most of them live a sedentary life. Yet a small part of them has remained the same. Their nomadic lifestyle has so much changed, though. They speak Qashqai language which roots from the Turkic language. Qashqais are really happy people seeking any excuse to throw their own traditional parties and enjoy themselves. They enjoy partying, singing songs, drinking tea and smoking Huka.

There is a common story about Azeris, especially those from Tabriz. The story goes like they have an outstanding trait to insist on not talking Farsi to other Iranians. And when you tell them you are not a Turk and do not know their language they open up, speaking Farsi: “Learn Turkic.”!! 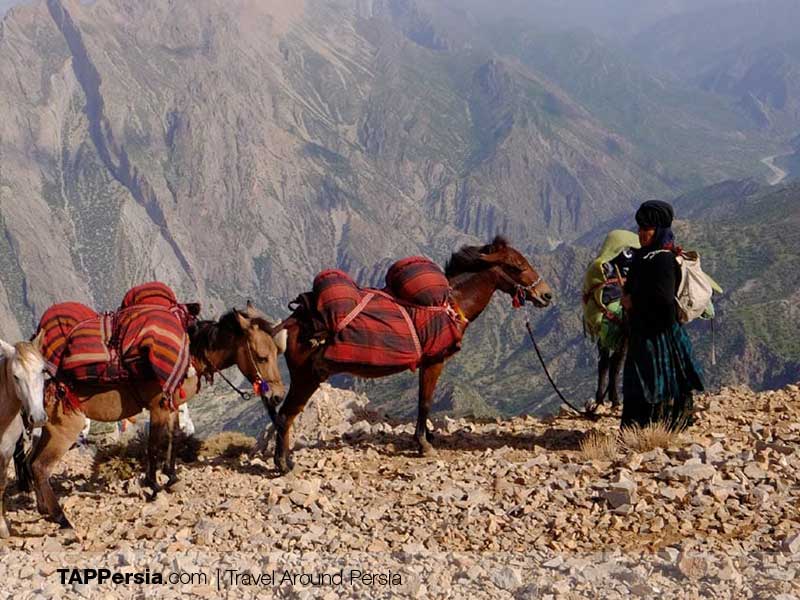 Iranian Kurds are mostly Soni Muslims. They speak Kurdish. Their majority, live in Kurdistan, Illam, and Kermanshah. The interesting thing is some of them have a nomadic life. They have cattle and herds and immigrate in different seasons of the year. This is good to know, years ago before the Pahlavi dynasty, these people played one of the most important roles in the protection of Iran’s borders. The reason is they were armed to protect their families and herds from wild animals or unwanted invades. As you know they were most of the time in the wild or on the roads. When you look at them and their lifestyle you can find them so bonded with independence and courageousness. 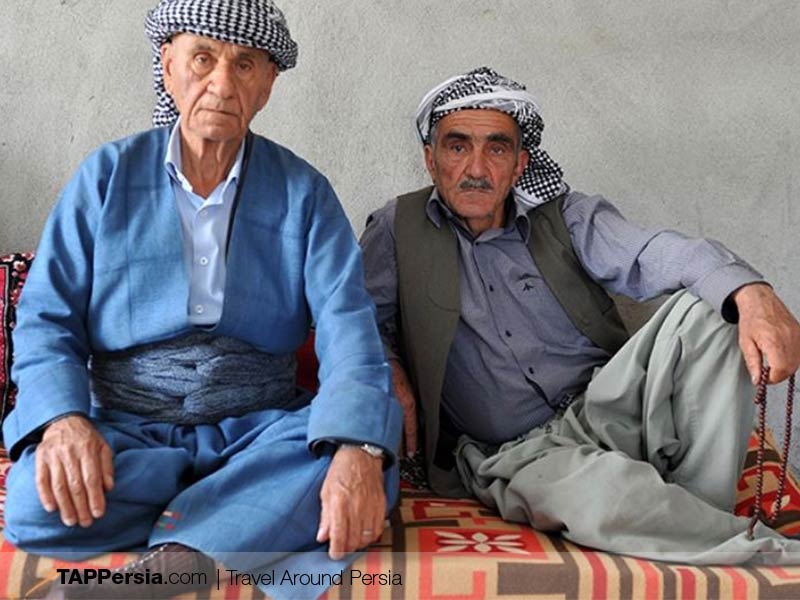 Men wear baggy pants with plain shirts and a jacket on top. They wrap a sash belt around their waist and a turban around their head. 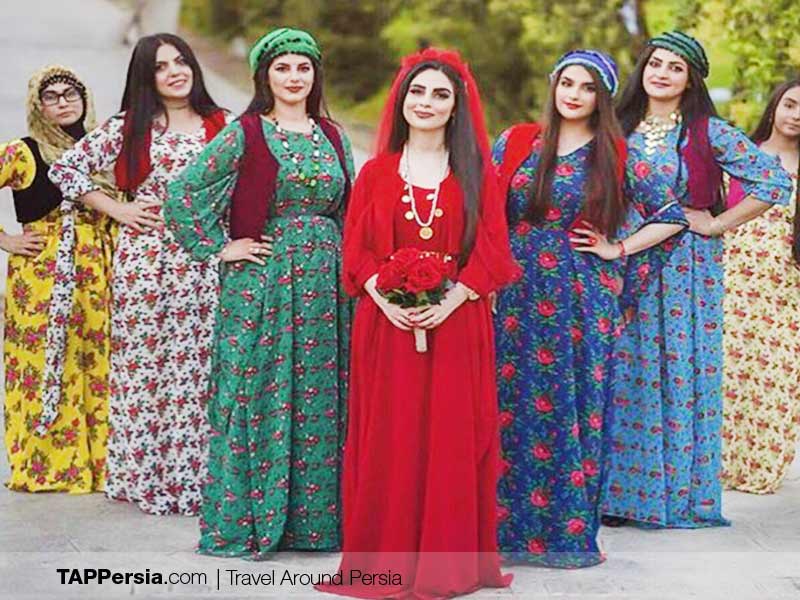 Women wear a long dress with a vest on top. They wear scarves, too. Their clothes are embroidered with beads, old coins, and other shiny stuff to double its beauty. 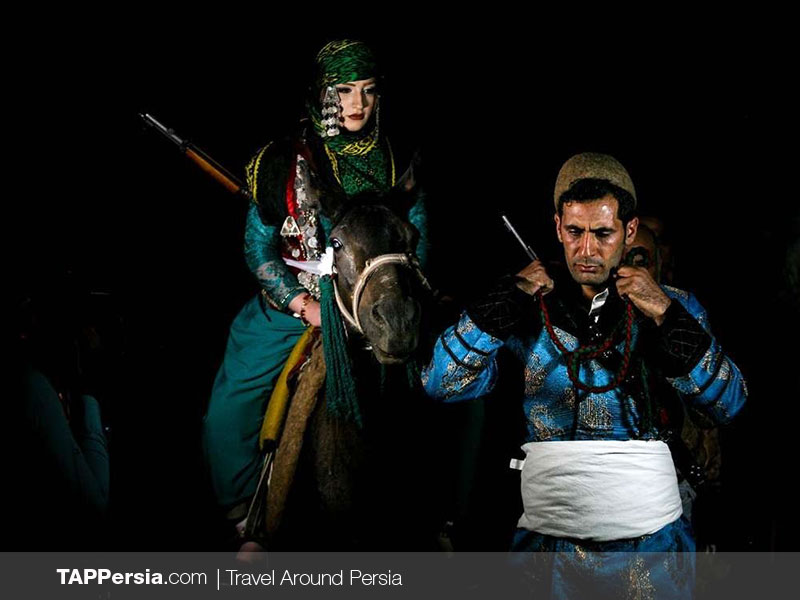 Lurs are mostly Shia. They speak Luri which is an Indo-European language. They are spread in Lorestan, Khuzestan, Bushehr, Fars, Kuh-Gilu-Boer Ahmed, Chaharmahal and Bakhtiari, and Isfahan provinces. It is said that they are originally Kurds but years ago little by little the divergence kicks in. 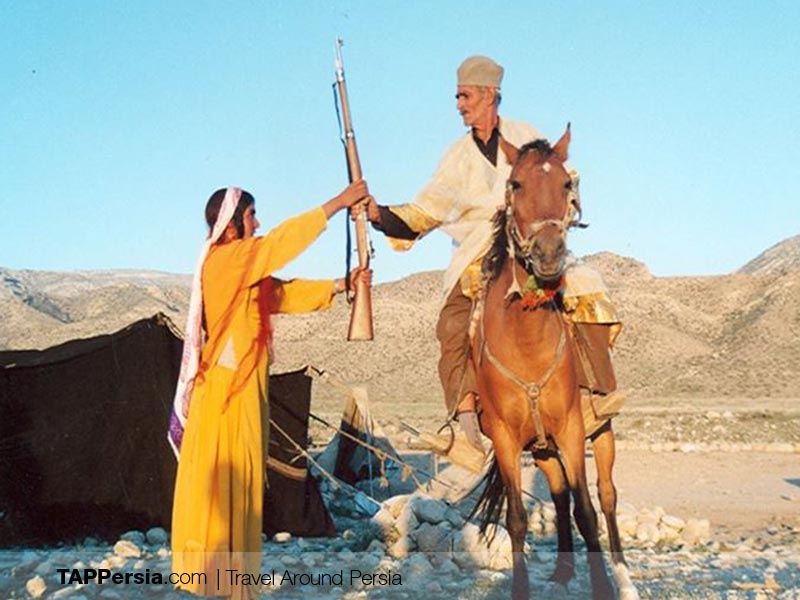 The same as Kurds and Qashqai people,  some Lurs were nomads, too. You might have heard about Bakhtiari tribes. They are Lur people with nomadic life and with a similar history as other nomad people. And now the majority are concentrated in Masjed Soleyman city. They speak the Bakhtiari dialect, which is a branch of the Luri language.

Mazandaranis used to be called Tabari people and their homeland, part of the Caspian Sea coast was known as Tabaristan. They speak Mazani but almost all of them know how to speak Farsi. Farming and fishing are their main ways of making a living. 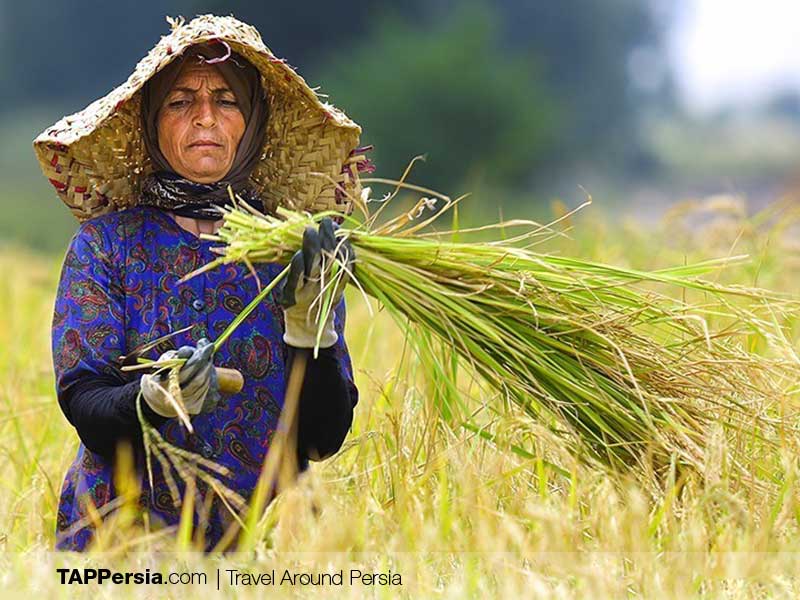 Gilak people have so much in common with Mazanis. Though they speak different languages, the root is the same. In Iran, the whole area along the Caspian Sea used to be called Tabarestan which included Gilan and Mazandaran. Therefore it is very normal that their languages, traditions, clothing, and their lifestyles be so much alike. 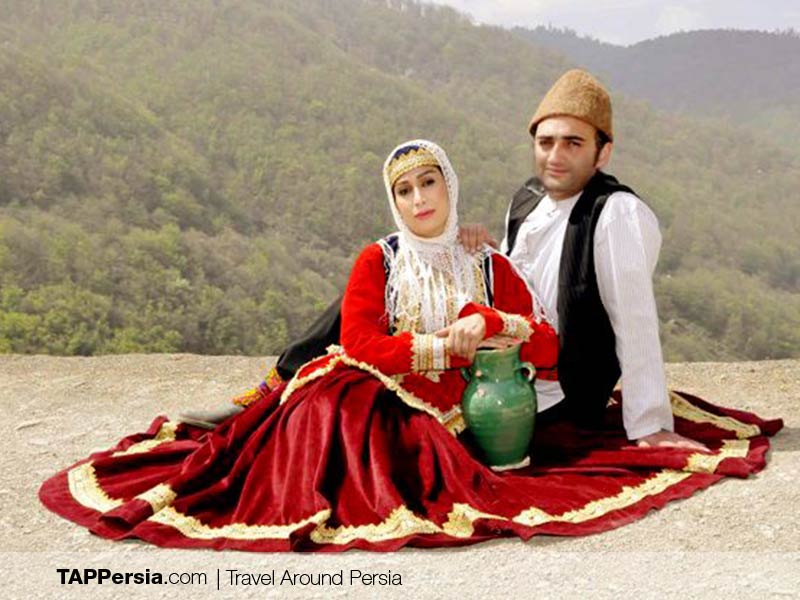 The first group living in the altitudes is called “Deylam”. Some of them used to have a nomadic pastoral lifestyle and the same story went on as other nomads.

There is a difference between Deylam nomads and Qashqai and Bakhtiari nomads. Deylams didn’t have to go as far as Qasgqais and Bakhtiaris to find someplace with good weather and grasslands for their herds. Since the Caspian Sea area is green as heaven.

Deylams who are not nomads do animal husbandry or grow wheat on their farmlands. 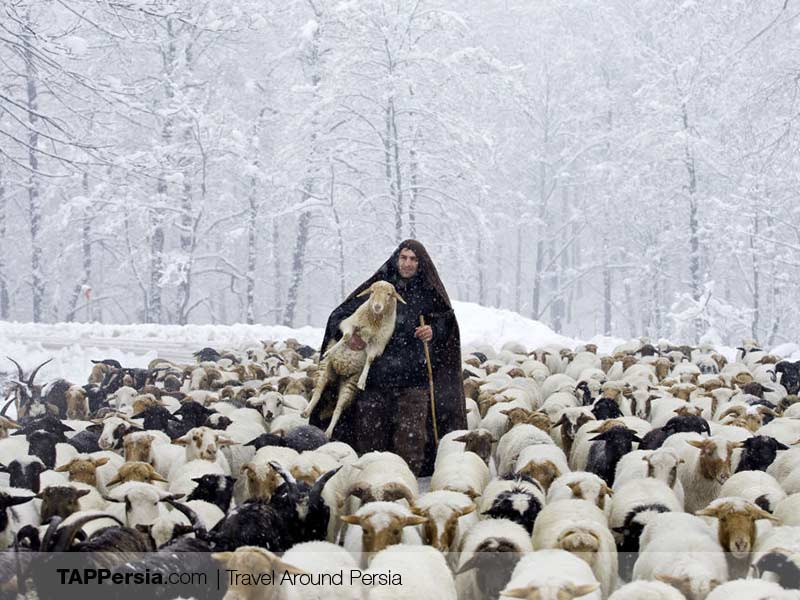 The Second group living in the plain lands is called “Gil” and their major job was farming. Today yet mosts Gils work on their farmlands but unfortunately as the result of every-day expanding growth of urban life, many farms are being left to be barren. The old farmers put them for sale. And the farmlands turn into a place to build houses. As the number of houses increases, the number of farms decreases.

These are all happening for the reason that the young workforces have left the small cities and are not available for farming anymore. On the other hand, the population is increasing, the new generation who do not have any tendency to work on the farms but behind the desks. 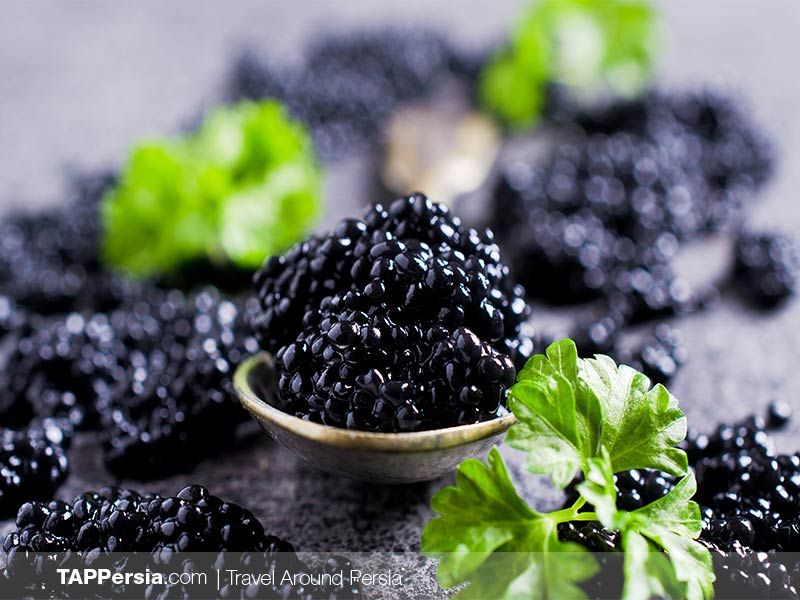 Anyways the good news is Gilaks are still the big suppliers in the country for rice, grains, tea, tobacco, and silk. They share their position in fishing and Caviar exports with Mazanis, too. 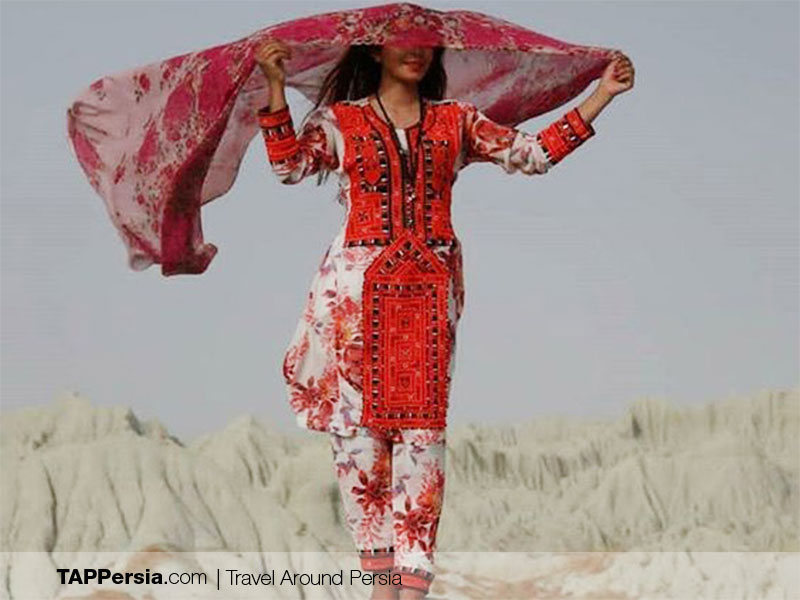 A small proportion of Iran’s population belongs to the Baluch Ethnicity. They are Sunni Muslims, living in Sistan and Baluchestan province. They share the province with Persians who are Shia Muslims.

This province is so isolated and remote in the eyes of many Iranians. Although the area is red in many countries’ safety travel plans, it seems like many tourists regardless of their country’s travel safety announcements, visit this area and come back with a mind full of beautiful memories of the super kind, hospitable people and a heart full of new experiences.

These are the most known ethnicities in Iran with a considerable population. There are more that are less-known or have fewer populations. 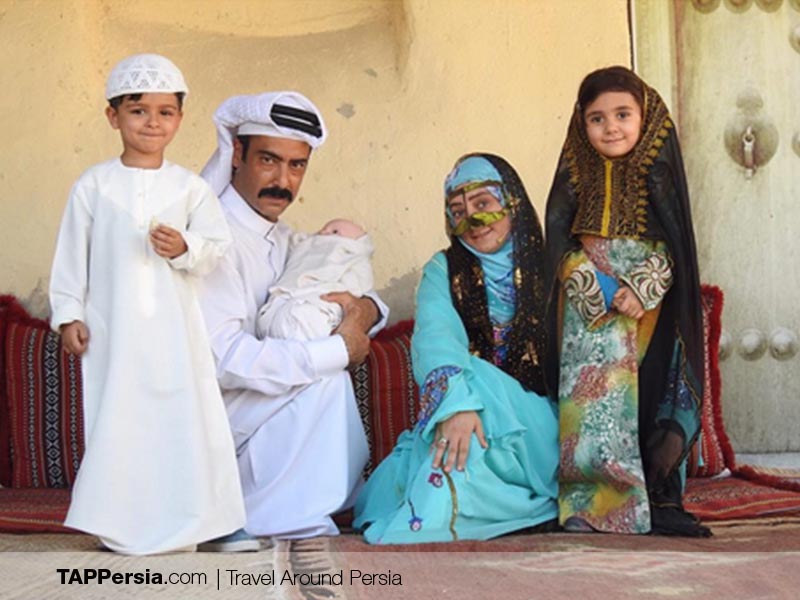 Arabs and Armenian people live in Iran, too beside some other nationalities. Arabs live in most border-cities in the south of Iran.

Armenian people immigrated to different cities in Iran years ago. Armenians speak Armenian and Farsi. They are Christians, therefore, pray in their own churches and celebrate Christian new year. Normally they call any Armenian neighborhood in each city, “Jolfa”.

Lat’s bring our short trip to an end by letting you know after Turkey, Iran has the second rank in the population of Jewish people. And yes they live in big cities like Yazd, Isfahan, Shiraz, and Tehran. Around 10,000 Jews live in Iran.