The historical Kashan has a wide range of attractions to offer to cultural enthusiasts. Despite all the fancy historical houses like Tabatabaei House and Ameri House, the adventurous Abyaneh Village, and convoluted Kashan Bazaar, the fabulous Agha Bozorg Mosque is awaiting you to make you even more surprised. It is a wonderful embodiment of Persian mosques where the ingenuity in the architecture surprises you.

Innovation is always risky and adventurous. The soul should have the bravery to stand before the criticism of common people. Superstitious beliefs are always hard to break but that is exactly what Ustad Haj Sa’ban-ali, the master architect of Agha Bozorg Mosque did in his time. The Agha Bozorg Mosque has been one of Kashan’s top attractions for almost 300 years.

In the 18th century, it was quite uncommon to find mosques and schools in the same building. Although mosques have always housed as learning centers, they have been extensions or even special chambers attached. Besides, they were on the same ground level as the mosque itself. Sa’ban-ali changed years of traditional design by building a multi-level structure above and below ground in order to house the school (Madreseh) and the mosque in one full complex. Although many people, including the Shah, did not entirely approve of building a school underneath a mosque, the finished building got a very warm reception. 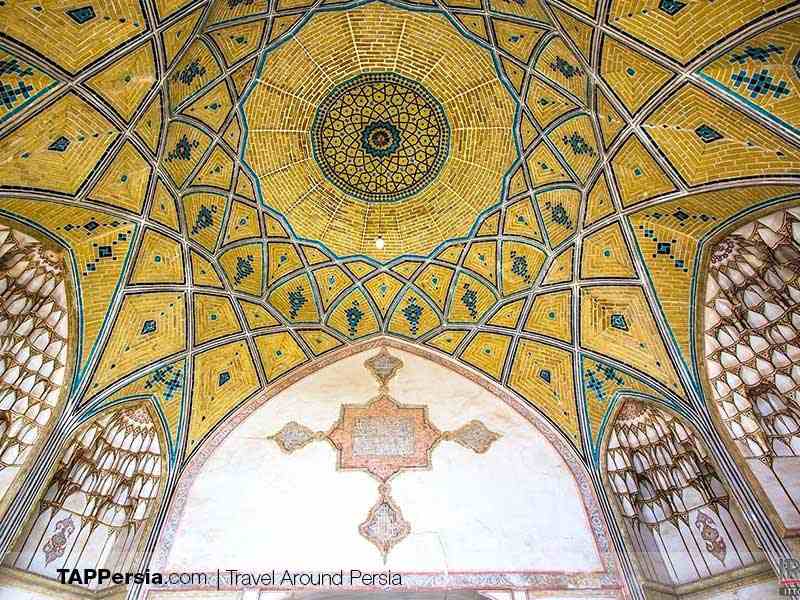 What makes the Agha Bozorg Mosque such a top attraction in Kashan is its unique construction and attributes. The mosque is a gorgeous example of Kashan’s 18th-century tilework and design, a carpet of elegant, symmetrical patterns woven on plain bricks. It consists of both above-ground and below-ground structures.

The entrance to the complex features two separate levels as well as two massive Wind Towers (Badgir, baad-geer). These are desert-based towers, specific to Iran, that help draw cool air into the structure of the building. In essence, they act as a type of natural ventilation.

After the entrance, the above-ground portion features a large rectangular pathway surrounded by arched porches. Each porch serves as a potential resting and gathering point for worshippers or students wishing to escape the hot sun. Below the porches, there are rows of chambers that still act as theological classrooms. In the center of classrooms is an elegant and classic courtyard, featuring a massive geometric fountain along with 4 separate gardens. The design of this lower-level green space was for cooling the air brought in from the Badgir’s in the front part of the building. 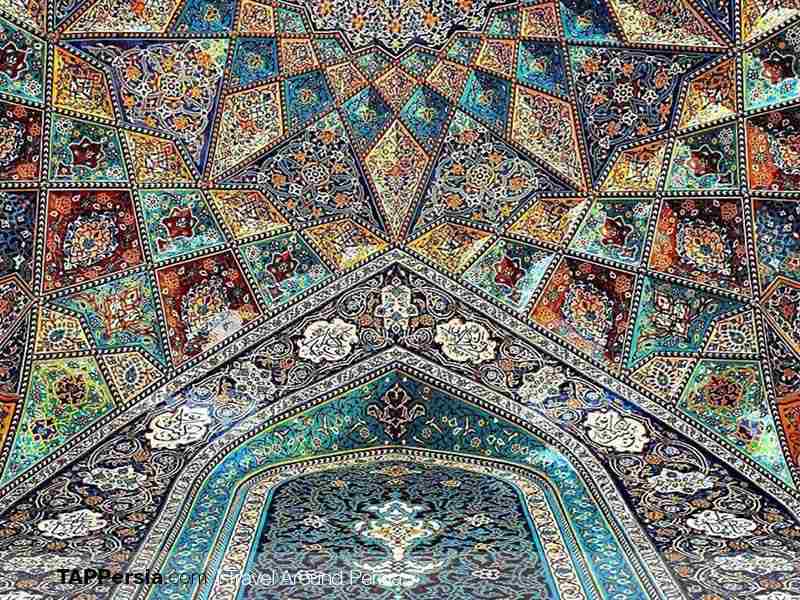 The Wonders of the Basement

The basement is itself a top attraction of the Agha Bozorg Mosque; it features an ancient refrigeration system known as a Yakhchal (yakh-chal). A large pit buried several layers below ground and covered in a sort of mud and straw igloo, the Yakhchal was ancient Iran’s means of saving Ice in the wintertime for future hotter summer months. The Yakhchal would also serve as a great food storage facility throughout heated times. The system has been in use for thousands of years since even before the ancient Achaemenid times in the 5-6th Century BC. 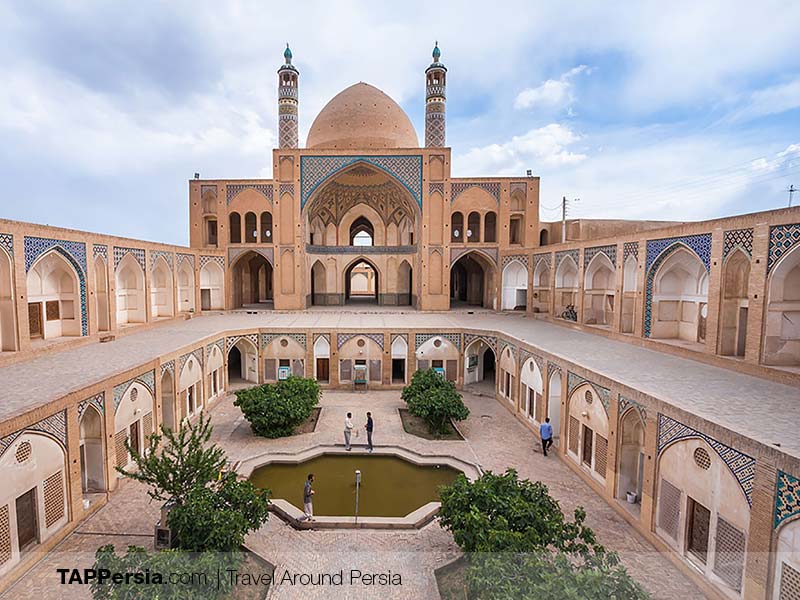 The end of the structure houses the mosque itself. It has two towering Shia minarets and a magnificent brick dome; the Agha Bozorg Mosque features three levels and its own courtyard. Its wooden doors have pins inside them for more resistant to termite as well as elemental damage.

Agha Bozorg Mosque is definitely one of the wonders of Kashan that you must visit. Whether you are an architecture enthusiast or not, you will be amazed by the ingenuity of this magnificent structure.