If you are more of a culture seeker, roaming around houses might be the most fulfilling experience in which you get the opportunity to see where and how the local people lived. Houses are the best representative of the culture behind a city and help you know the exact personality, traits, and interests of a community. It has a story unfolding the old days of political, economical, historical, and social interests of a city and in general the country as well.

Kashan is a city of fancy and historical houses that were built by renowned merchants and businessmen. Fortunately, some of these amazing houses have been preserved well and are the main tourist attractions of the city. Choosing the best among all the glories is quite impossible but Tabatabaei Historical House is definitely one of the most outstanding ones. The symmetric architecture with meticulously detailed embellishment astonishes every visitor’s eyes. The yards, cooling and warming system, water canals, and colorful windows are only some of the characteristics of Tabataei Historical House. 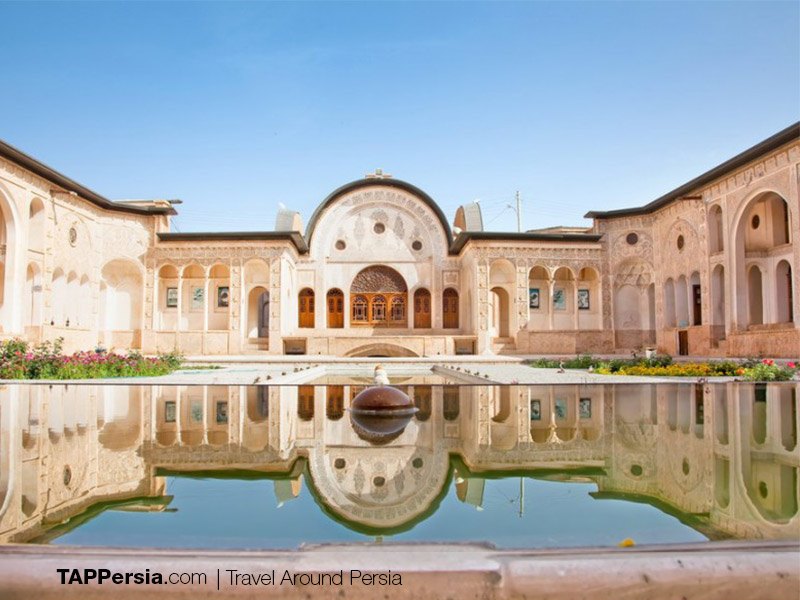 The Love Story behind the Tabatabaei House

Tabatabaee Historical House is a famous Kashan attraction dating back to 19th century. This house is a magnificent representative of the lavish lifestyle of Kashan. The delicate embellishments and astounding architectural features are the reasons why you should visit Tabatabai House. Seyyed Jafar Tabatabaei Natanzi built this house in the name of his wife. He was a famous international carpet merchant from Natanz who was living in Kashan. So many designs in the shape of Sphinx on the walls may have raised questions for you. Well, Spinex in Persian is called Homa; Home was the name of the merchant’s wife with whom he was madly in love. After so many years, the Cultural Heritage Organization bought the house and the municipality of Kashan took responsibility for the renovations of the house. 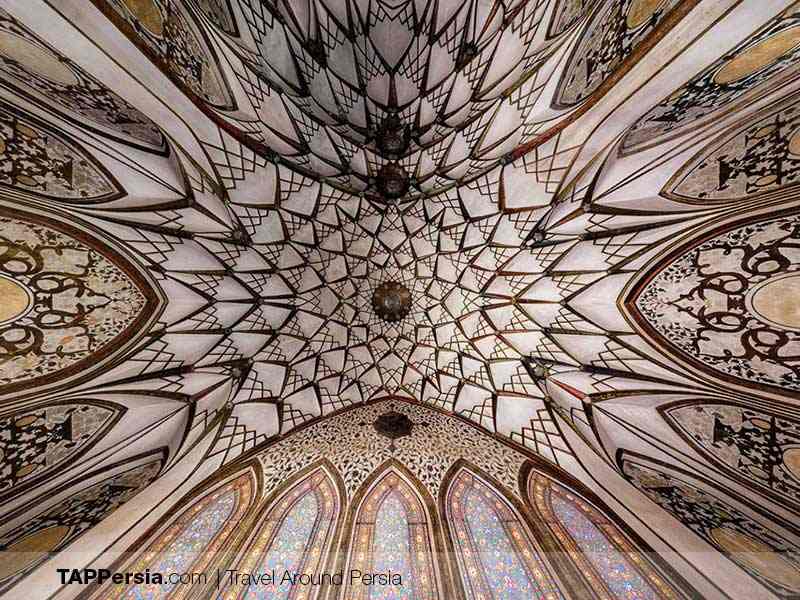 Ostad Ali Maryam, a famous architect of Qajar Era, has built so many architectural masterpieces in Kashan; Amin-ol Dowleh Caravansarai, Kashan Bazaar, and Boroujerdi House, and Tabatabaei House are some to mention.  This house is a great representative of an authentic Persian residential complex. Additionally, ancient Persian houses were introverted houses in which they separate private from public life. These houses consisted of two yards Andarooni, a women-only area. It is an Islamic style for keeping the privacy of the interior section of the house. The second yard is Birooni, a public yard where almost everybody had access to it. Constructing Tabatabaee House took almost 10 years. This complex entails four yards, two of which belong to Andarouni and the other two are in Birouni. The 5000-square-meters house consists of 40 rooms! No wonder why it takes so much time visiting!

A bit like Nasir-ol Molk Mosque in Shiraz, the multi-colored windows of Tabatabaei House have turned it into a fascinating spot for photographers. So don’t forget to put on your colorful dress or Shirt and do take your camera with you. 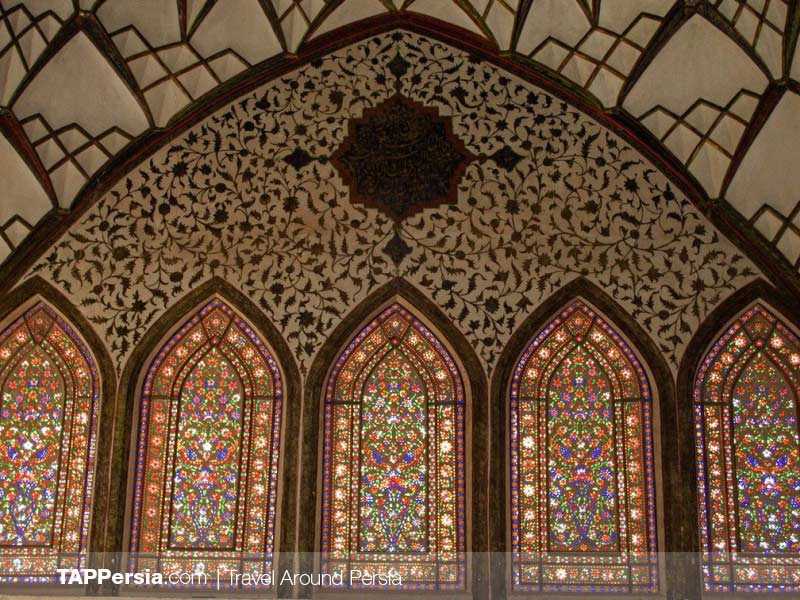 There are also three Badgirs -wind towers or wind catchers- as an air conditioning in the complex. You can also see two Qanats -Persian water canals- in the house. They distributes water from fountains and pools to the courtyards. Have the structure of Persian houses amazed you? The remarkable point about them is providing all the needed facilities like water, cooling, and heating systems in the house.  Wooden doors and windows, colorful mosaic windows and paintings, and stucco and plasterwork ornaments are also some of the beauties of the Tabatabaee House that catches ever visitors’ eyes.

What do the Symbols in the Designs Represent?

Besides all the Sphinx shapes, you can also see designs of Persian carpets’ elements on the walls. Those represent the owner’s occupation as a carpet merchant.  Known as the bride of Persian Houses, the walls of Tabatabaei House are decorated with flora and sky patterns. These patterns reflect the flows of life and changes in nature. These decorations accompanying the sound of birds and the fountains in the yard take you to the old times when everything was much simpler. 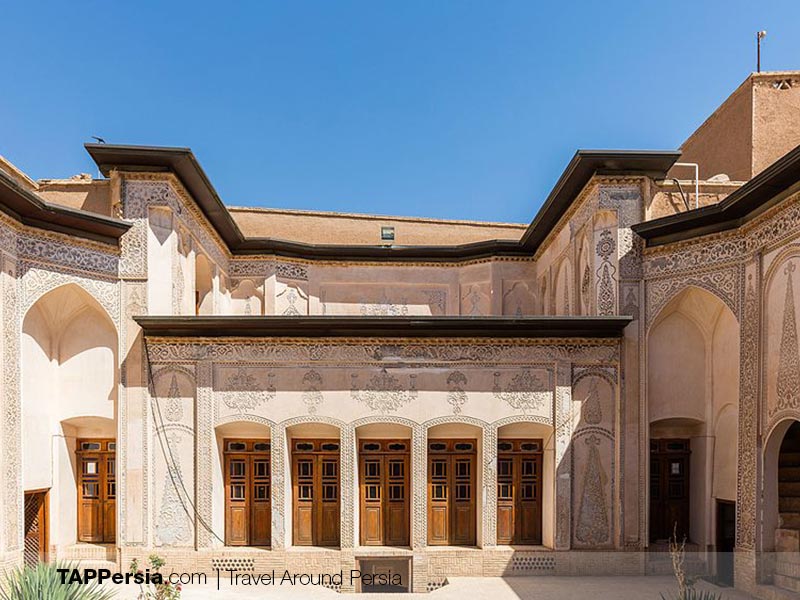 Kashan is not a very big city. Fortunately, you can reach other touristic sites within a 15- minute walking distance. Ameri House, Boroujerdi House, Kashan Bazaar, Sultan Amir Ahmad Bathhouse, and Aqa Bozorg Mosque are some of the nearby sites of Kashan which you should not miss. 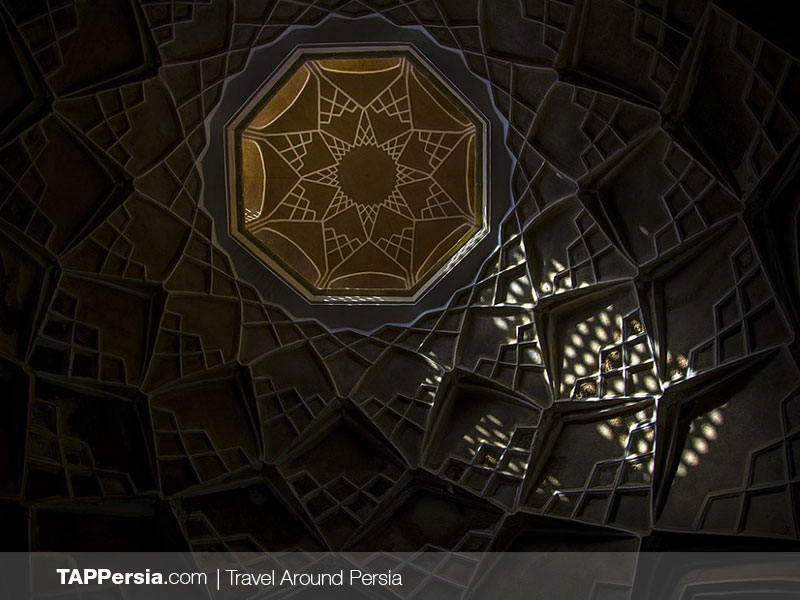 Bear in mind that the historical Tabatabaei house is open from 9 a.m. to 6 p.m. So have your plan arranged to get enough time to visit the whole place. Due to the ingenious architecture of this house, the weather is quite pleasant; no matter how hot or cold the outer space is. 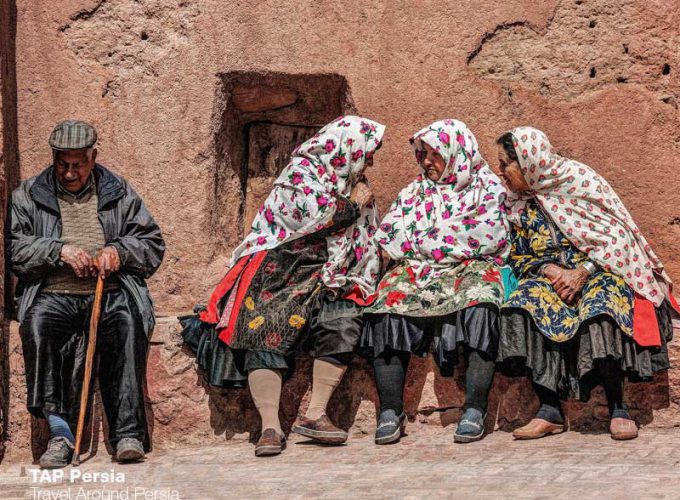