Lut literally means plain, bare, waterless, and grassless. And Lut Desert has all these qualities. And “Dasht” means “a plain”. Lut is a desert in the southeast of Iran. A location between South Khorasan, Sistan and Baluchestan, and Kerman. 175 thousand square kilometers wide, it includes one-tenth of Iran’s area. Lust Desert is the 25th largest desert in the world. That’s why experts believe it should be called Lut Plain (Dasht-e Lut) since the desert is just a part of it. It is the first Iranian natural phenomenon nominated as Iran’s National Heritage in UNESCO.

The Hottest Spot On Earth! 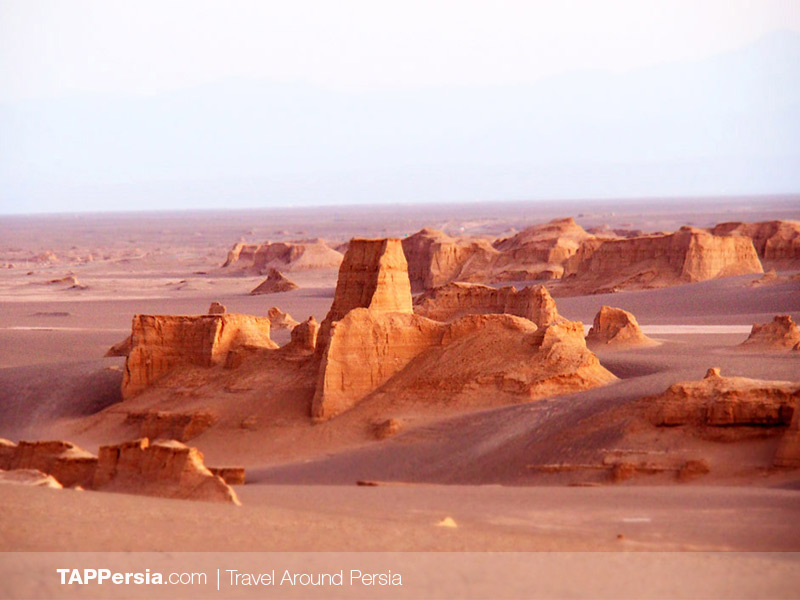 Have you ever heard about the hottest place in the world? It is right here in Iran with about 71 Centigrade degrees which have been recorded in 2009 by the satellites. Since the Lut desert is rich in iron and has a blackish surface, it absorbs and sustains a lot of sunlight. According to experts the hottest spot in the desert is the Central Lute Hole, 75 kilometers away to the east of Shahdad city.

The Geography Of Lut Desert 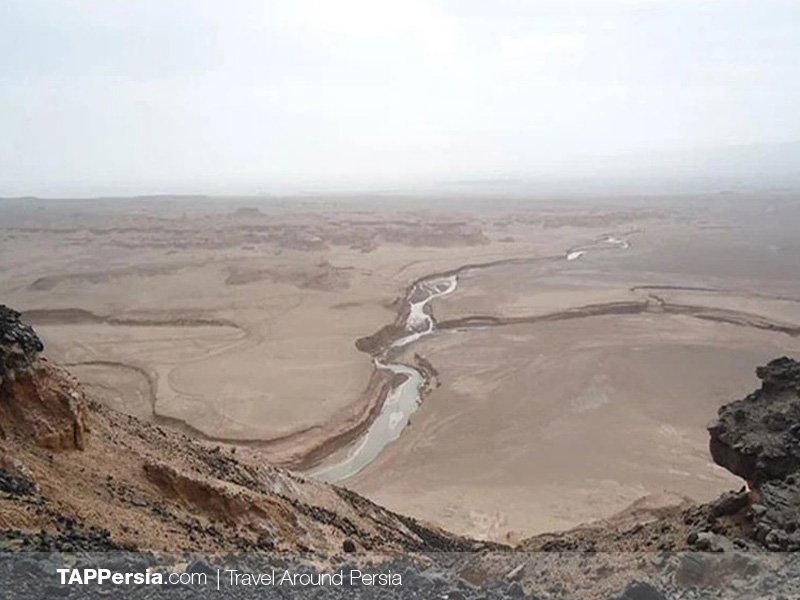 Northern Lut is located in Khorasan Province that’s the reason they call it “Khorasan Lut” also. The elements and ups and downs of this area of Lut Plain are mainly gravel, and pebble. The south part of the area ends with a river, “Rud Shur” in Birjand city. Shur means salty and Rud means river. So as the name reveals the river is salty. In fact, it is one of the saltiest rivers in the world. Sounds totally reasonable since this ever-flowing river passes 200 kilometers through the salty lands of the desert.

It is interesting that there are sedimentary and volcanic mountains and hills in the area and they cause earthquakes from time to time. 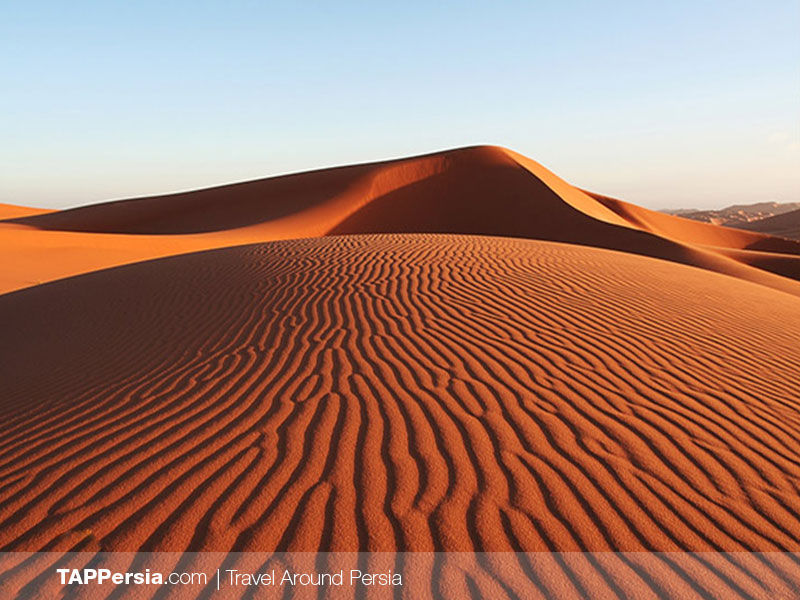 Central Lut with 162 kilometers length and 52 kilometers width is also known as “Chaleh Lut”. Chaleh Lut is uniquely beautiful. The area includes big sand dunes. Moreover is home to some scattered deserts of salt and gypsum. 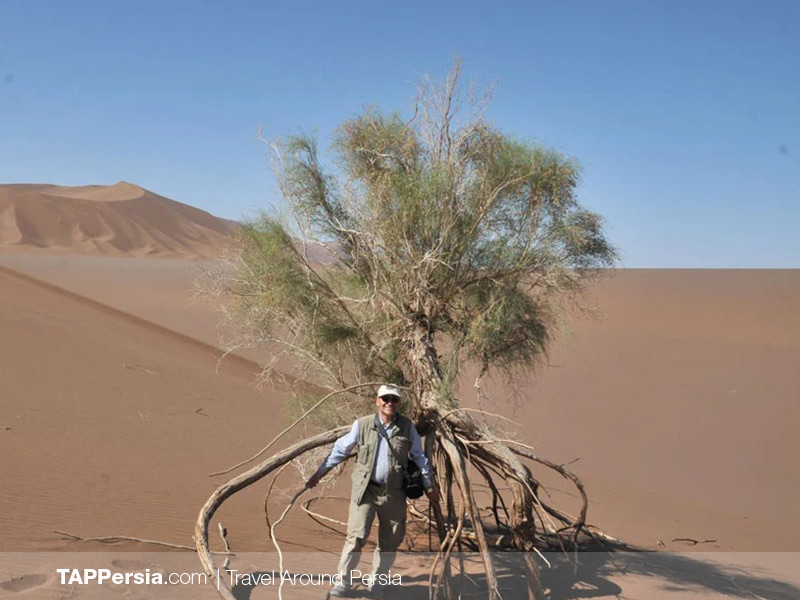 South Lut has got the richest vegetation and civilization tracks in Lut Plain. The bigger proportion is located in Kerman province and a smaller proportion in the north of Sistan and Balochistan Province.

Geomorphologically speaking we can notice three enormously quirky structures in the Lut desert that deserve a review; 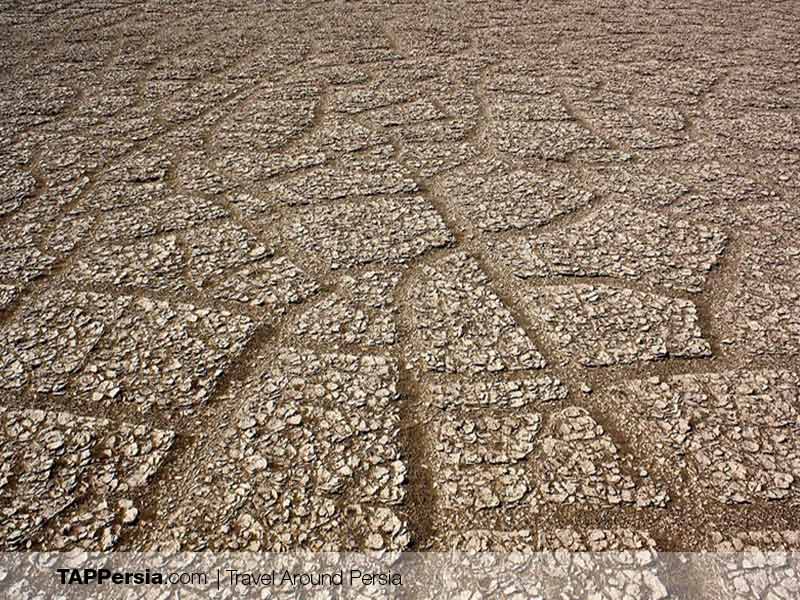 This area of the desert seems skillfully cobbled with small and big stones. For this reason, they have named it paving desert. Erosion by wind, the river flows, and extreme temperature changes are the factors responsible for this especial face of the no-vegetation area. 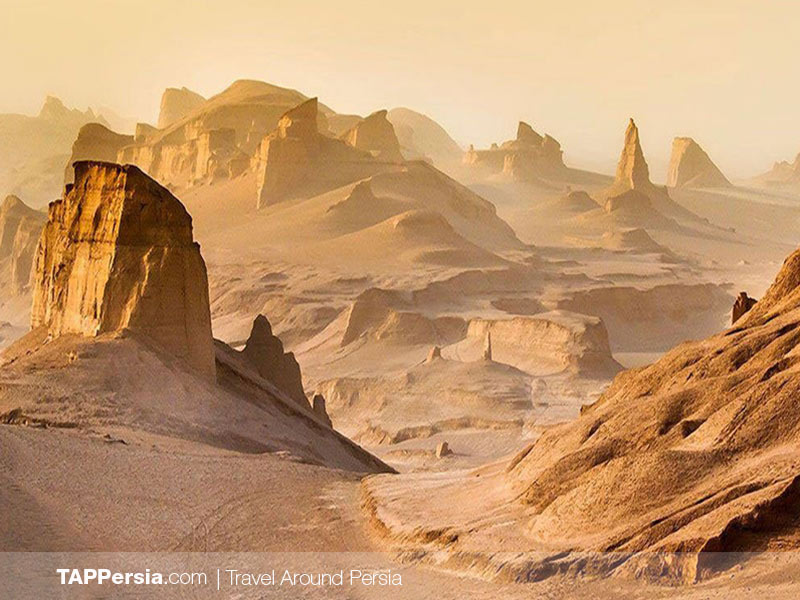 Kalut is a local word attributed to deep ditches and huge sand pyramids and is regarded as a unique phenomenon in the world. These uniquely marvelous structures are the result of 20 thousand years of erosion by two important factors, wind, and water. The wind carries the sand and hits these structures and this, therefore, makes them so smooth. And Rud Shur dissolves softer ingredients of these structures in its salty water.

There is a 120-day wind blowing from Sistan which takes the credit for creating the Kaluts and also for moderating the temperature between day and night. 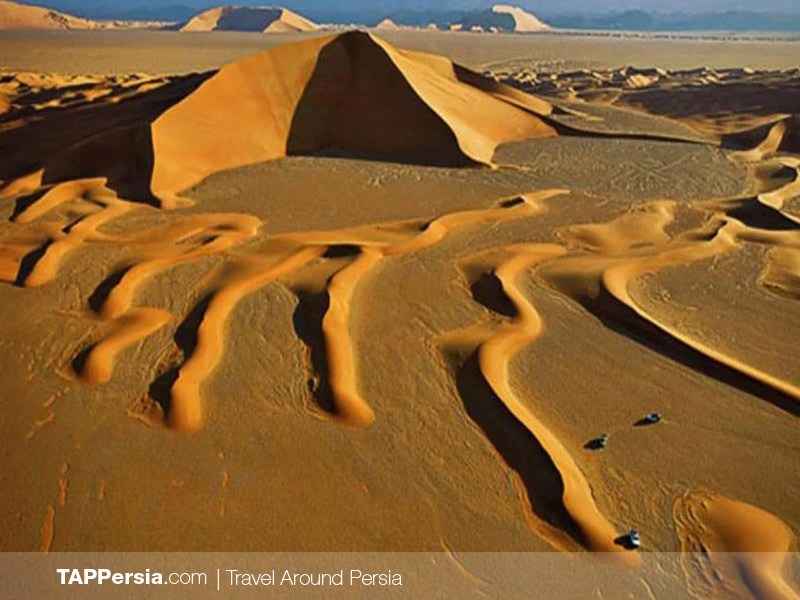 In central Lut in an area of 50 thousand hectares, sand dunes show off their greatness with heights up to 500 meters. 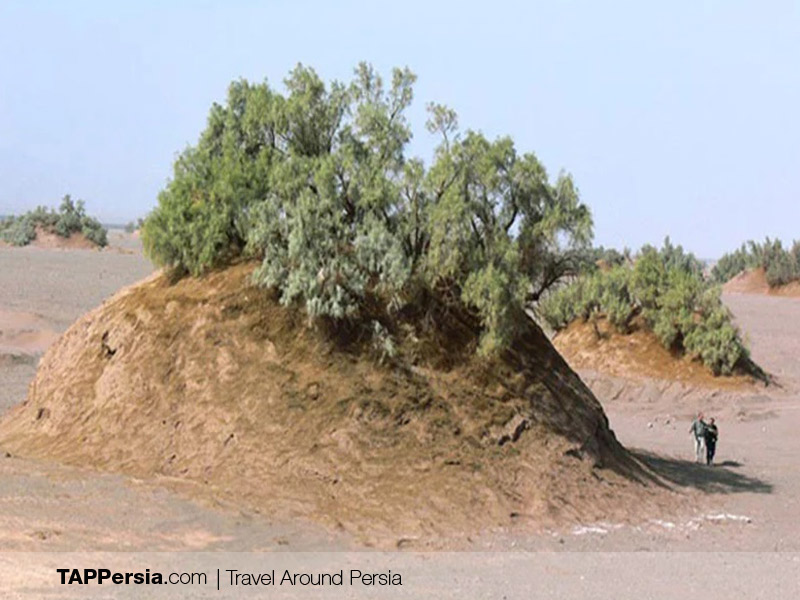 Nebka is a local name for round sand dunes up to 10 meters on which tamarisk trees and shrubs grow. They are the vases of the desert. These Nebkas are other amazing features of the Lut desert. Just to compare, the Nebkas in Sahara Desert of Africa stand up to 3 meters tall.

The Secrets Of Lut Desert

Throughout history, people were used to making spooky stories around every undiscovered thing. Lut Desert is the same. Due to harsh conditions, it is not possible to go deep into the desert, and yet there is a lot to uncover. That’s why a lot of stories have found their way among locals. 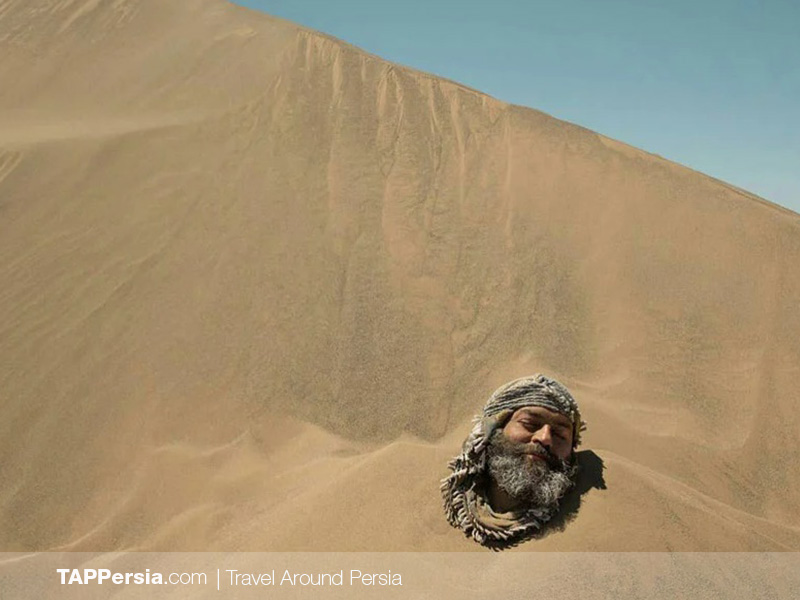 In the heart of the desert, near Shahdad city, lies a civilization, 6 thousand years old. The oldest iron flag of the world has been found there in the ancient cemetery of Shahdad among many other potteries and statues. There have been other discoveries such as the fossil of dinosaur’s nails and Pieces of meteorite.

Some believe the ancient civilization traces found in the area belong to Lot people. And the name Lut is the transformed form of Lot. According to the old stories the Lot People were turned into stone and buried under mudstones. 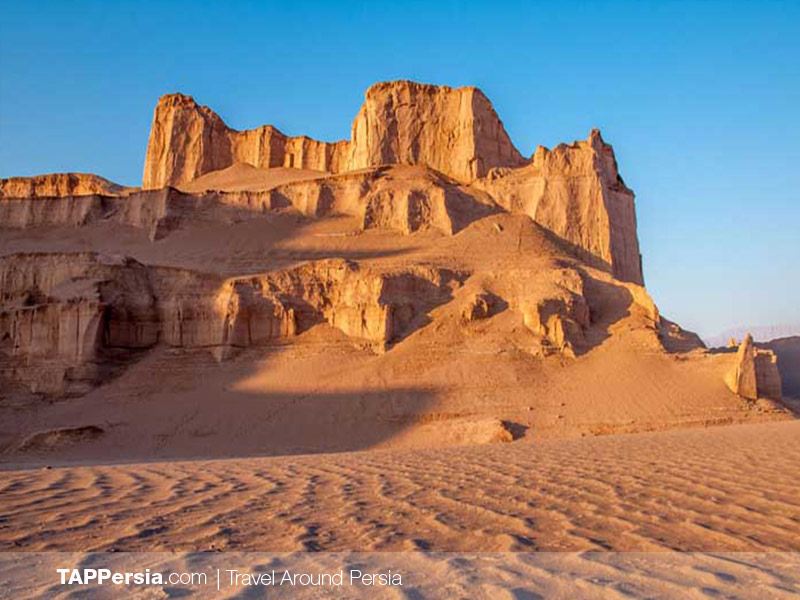 One of the most amazing things in the Lut Desert is the hair-raising Kaluts in Shahdad. As the longest sand structures in the world, from distance, they look like a city of skyscrapers. People have given it different names such as “City of Ghosts”, “Imaginary City” and “Lut City”.

With 11 thousand square kilometers, Shahdad Kaluts are still curious, spooky, and intriguing. They say there is no life among these breathtakingly glorious Kaluts. And yet no living soul has explored the whole area. In 1986 they found a dead cow. Although it had been dead for 15 years, the carrion was not decayed. According to the experts due to the extreme heat, the body had been dried and the salty environment had stoped the decaying process.

And the last interesting thing about Shahdad Kaluts, the deepest spot of the Plateau of Iran, 56 meters above sea level is located in this mysterious desert. 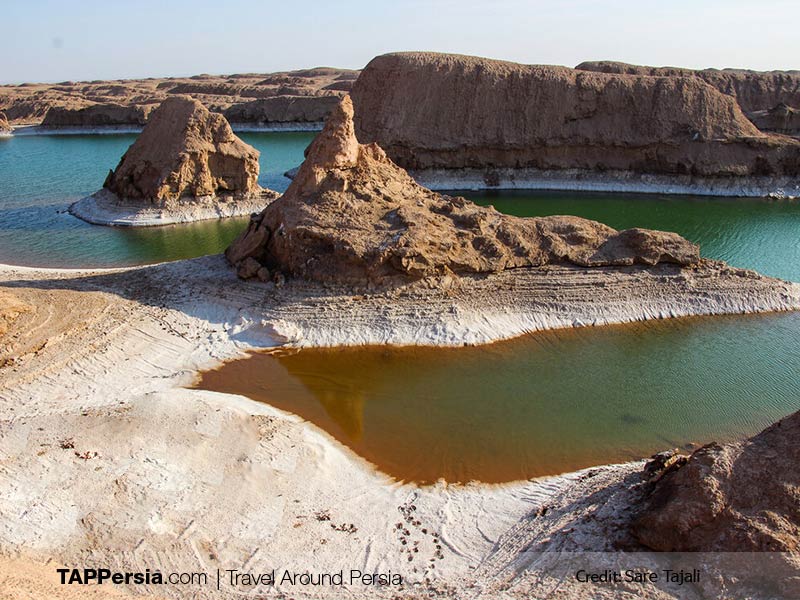 with hearing the fact that Lut Desert is the toughest in the world to pass through, it is not easy to imagine there are flowing rivers in the area. Stranger that the numbers are not few especially on the edges of the desert. The remaining dried-up river banks are evidence of the fact that one day there were a lot of big rivers flowing there. And most probably, nowadays, they still get wet during the rainy seasons. 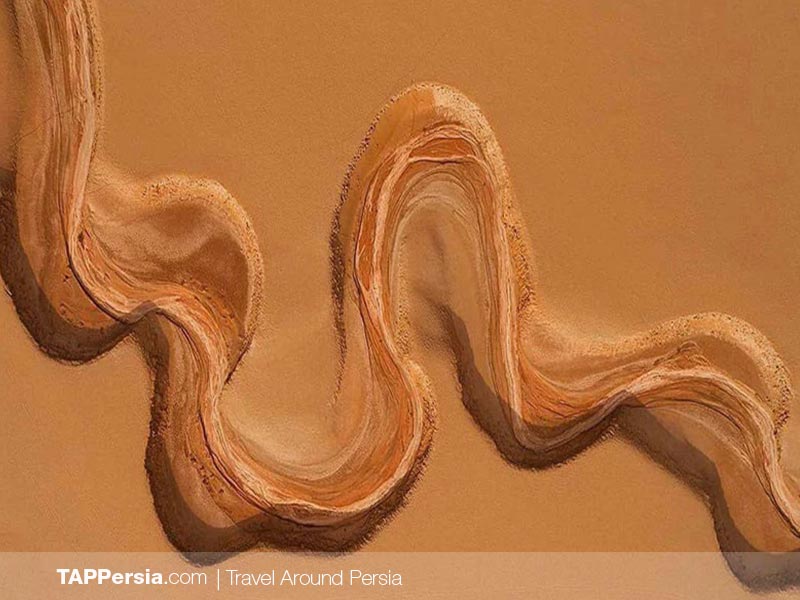 Some rivers flow down the Kerman mountains to this plain. They are almost lush all months of the year and keep the grounds around wet. The good seasonal rains during the last recent years have created a lake which is incomparably beautiful.

The vegetation in Lut Plain is tamarisk trees and shrubs growing on Nebkas. They consume the underground water sources.

Rüppell’s fox, Sand cat, Rabbit, Arrow snake, Golden and Black Scorpion among many other species are the animals in the area. 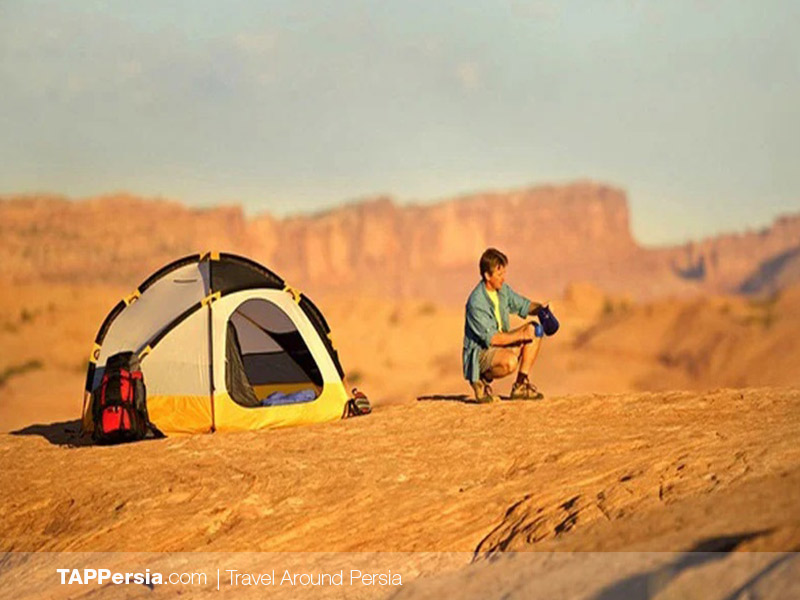 Despite the lack of touristic facilities, the unique charm of Dasht-e Lut draws a lot of tourists to it. Except for the mesmerizing natural beauty that will make you forget all about yourself, you can engage in adventures such as safari, motorcycling, camel riding, and watching the greatness of the space at night.

Shafiabad Castle, Shahdad water reservoir, Shahzadeh Garden and a bit further Arg-e Bam are the near attraction you might like to visit.

I hope you have enjoyed reading the article. We will be delighted to read your lovely ideas in the comments. If you have any questions regarding the subject or you want to visit Lut Desert and Shahdad Kaluts our expert guides would be glad to help you.