What Are the Special Days in Iranian Calendar?

There are special events in the Shamsi (Solar) calendar that make this calendar unique and one of a kind. What makes these days special is that all of them entail a special occasion in Persian culture; some of which are religious and others are traditional occasions. 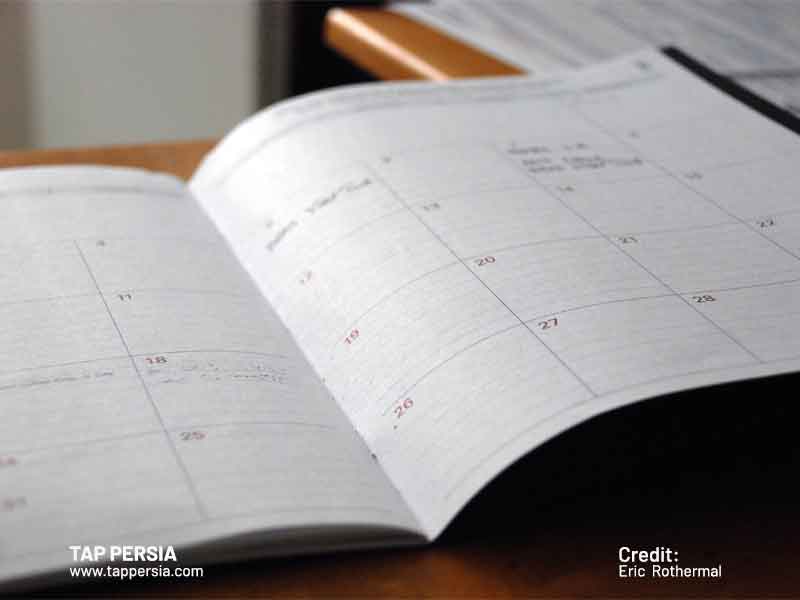 Let’s take a close look at some of the special days in the Iranian calendar:

Iranian calendar starts with Nowruz, the rejuvenation of the earth. Nowruz is the equivalent of Iranian New Year’s eve which each year is celebrated between March 20th and 22nd.

Nowruz holidays extend for the first 13 days of the first month of the year, Farvardin, in which Iranians enjoy their spring holidays. 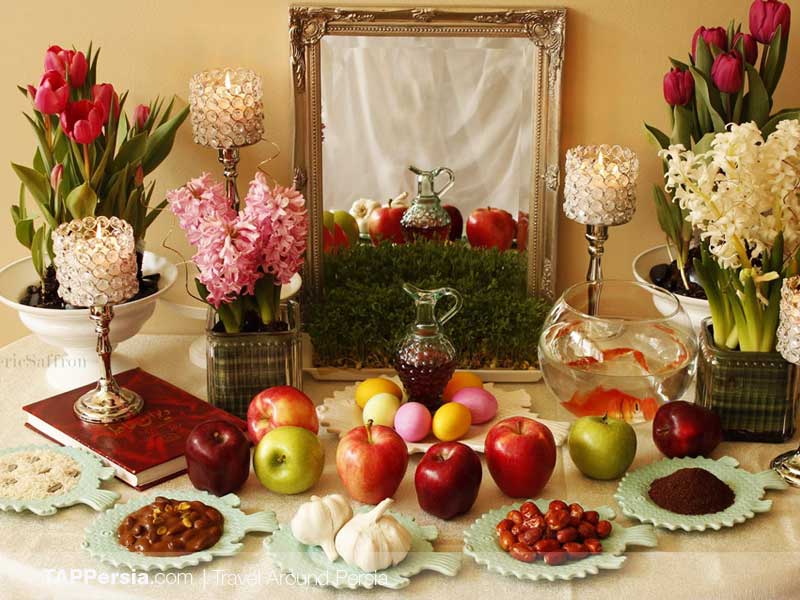 Nowruz is an ancient Persian tradition in which the renewal of the earth, the delightful weather, and the abundance in the land that occurs after a fight with a long cold winter are celebrated.

Traditionally, Iranians clean their houses and renew their lifestyle before approaching the New Year to welcome the New Year with open arms. They throw a feast on Nowruz evening to celebrate the coming of New Year with their loved ones.

The dinner that is served on New Year’s Eve is called Sabzi Polo ba Mahi (Fish served with rice and vegetables) which is specifically designed for this night of the year. One of the top favorite traditions during the Nowruz holidays is Eidi Dadan (giving money) to children.

The older members of the family usually pay the younger member some money to congratulate them on the coming of the New Year and to wish them prosperity and abundance in the coming year.

Since Iranians visit their families and spend some time together during the Nowruz holidays, it is the perfect opportunity for them to showcase the hospitality for which they are known around the world.

Farvardin the 10th marks the day for the Abangah celebration (celebration on the 10th of each month which is called “Aban” the father of water) in ancient Persian tradition. On this day, people used to pour water on each other to hope for lots of rain in the coming year.

The first Saturday and the first Wednesday of the year which is a tradition derived from Abangah are still celebrated in some parts of Khorasan and Chahar Mahal Bakhtiyari province.

Sizdah-be-Dar (Outing on Farvardin the 13th):

Iranians have a traditional holiday on Farvardin 13th in which Iranians choose to leave their houses and spend some time in the nature. Since the number 13 is considered a bad omen in many cultures, the purpose of Sizdah-be-Dar is considered to release the negativity associated with this specific day of the month.

Because of the healing powers of nature and the purity for which most elements of nature are recognized including water and soil, spending this time in natural landscapes can relieve one from all physical and spiritual ailments and one can start the new year afresh. 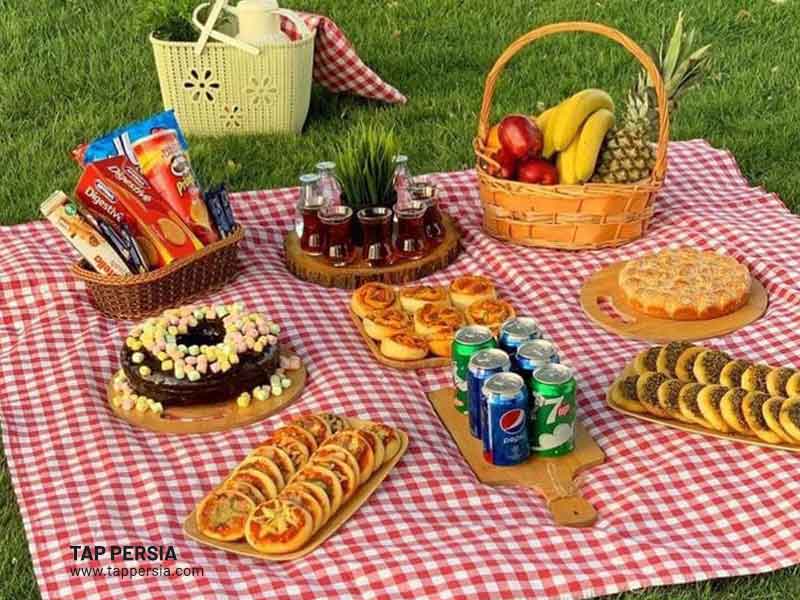 One of the most interesting traditions in the Sizdah-be-Dar holiday is “Sabzeh Gereh Zadan” (tying greens together).

This specific tradition is suggested for young maidens who wish to marry in the new year or anyone else who has high hopes for the coming year and wants to see his/her wishes fulfilled. Farvardin 13th is also called the “Nature’s Day” to celebrate and safeguard nature for the coming generations. 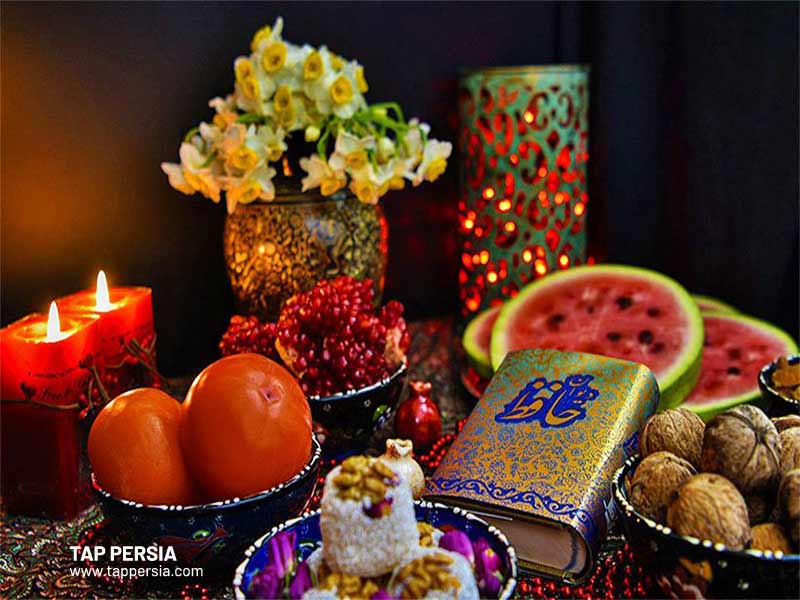 Iranians celebrate the last day of autumn by staying up the entire night and gathering around their loved ones. Some traditions that usually take place on Yalda night, include Hafiz and Shahnameh Khani (reading the poetry of Hafiz and Ferdousi, two great poets of Iran).

Iranians throw a feast on this night by serving fruits, especially watermelons and pomegranates, and nuts. The main reason behind choosing these two types of fruits is their red color which reminds one of the colors of the sky at dawn and before sunrise indicating a new chapter of life. 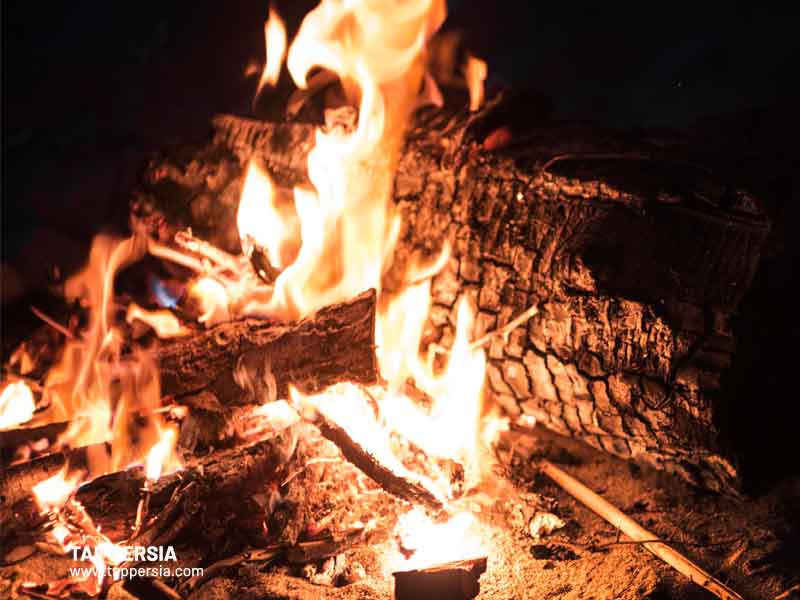 On the last Wednesday of each year Iranians welcome the coming year by burning coal and wood. In ancient Persia, fire was considered a sacred element that was celebrated all around the year.

On Chahar-Shanbe Souri day, Iranians make large fires and try to jump off them as a tradition to benefit from the healing and purifying powers of fire. 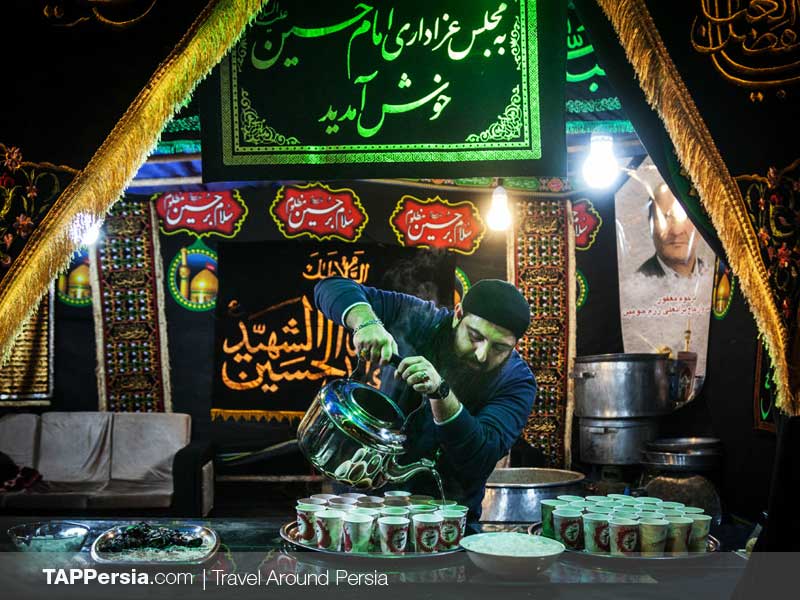 On the 9th and 10th day of Muharram in Iran, the first month of the Hijri calendar, Iranians mourn the martyrdom of Imam Hossein (to whom the highest praise is regarded) who was the third Shia Imam.

On the 10th day of Muharram, the historical battle of Ashura took place in which Imam Hossein and some of his followers were martyred in their attempt to gain back the Imam’s right to power.

Safar 20th marks the 40th day of the killing of Imam Hossein and his followers in the Ashura battle. Iranians visit Karbala on this specific day and some even travel to the holy shrine of Imam Hossein on foot to show their respect to His Holy Highness.

Birthdate of the last Holy Prophet of Islam:

On the 15th day of Shaban month, Iranians celebrated the birth date of the 12th Shia Imam, Mahdi, who is currently alive and will summon the world to his calling on the right day.

Ramadan: The ninth month of the Hijri calendar, Ramadan, is a month in which all Muslims around the world, including Iranians, start fasting. During this month reading the Holy Quran and keeping one’s soul pure as well as one’s stomach is highly recommended.