There is a traditional house in one of the oldest streets of Isfahan which dates back to the Safavid era and Qajar dynasty. This house was actually the merge of the Safavid era work of art. This historical house is a delightful space including a library, gallery and elegant halls. The Moshir-al-molk Historical House is a monument that shines in Isfahan while reflecting the Islamic art.

Moshir-al-molk Ansari Historical House, also known as the Museum of Islamic Heritage is located in Hatef street in Isfahan. It shows some of the most valuable attractions of Islamic arts including collections of painting, Persian calligraphy and the timeline of Islamic architecture. The Moshir-al-molk House is one of the aristocratic structures of the Safavid dynasty.

The family of Moshir Ansari were ministers (Mostofis) and secretaries (Monshis) of Safavid government who came to Isfahan from Shiraz during the ruling time of Shah Abbas. Mirza Habib Allah Moshir-al-molk Ansari can be referred to as the most influential figure in the family. After obtaining education under the supervision of Jaberi Ansari, Moshir-al-molk was assigned to different positions and finally was posted as the vizier (minister) of Masud Mirza Zel al-Soltan, the eldest son of Naser al-Din Shah of Qajar.
After the death of Moshir, the building turned into the consulate of Kingdom of Prussia (which is now parts of Germany, Poland, Russia, Lithuania, Denmark, Belgium, Czech Republic and Switzerland). Later, during the Iran-Iraq war, the house was used for the accommodation of refugees who came from Khuzestan. The house’s decorations suffered a great deal of destruction in that period. However, the building was repaired and reconstructed in 2017.

The Moshir-al-molk Historical House is one of the valuable architectural masterpieces in Iran. This mansion excels its Qajar counterparts in terms of unique and royal architectural designs. The jewels of the house are the spring room and the alcove in which the Iran’s largest sash window (Orosi) was built inside. The historical house of Moshir-al-molk Ansari is superior to other Qajar structures in two ways. One is that the royal design and construction and the other one is being the predecessor of the art of architecture. The shahneshin and the Howz Khaneh (pond house) of this building are themselves treasures at the heart of a treasure. The shahneshin of this house has the largest and most historical Orosi (sash window) in Iran. This monument was registered as a National Heritage on 2009. 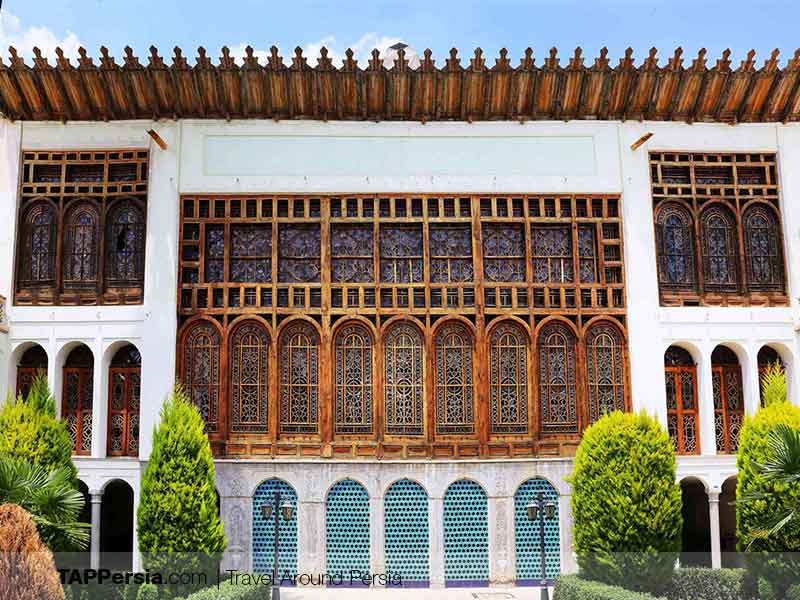 The Islamic heritage museum includes, library, gallery and halls. The library contains structures of the collection. The gallery is the basis of relationships among the museum and other artists. People can exhibit their work of art and decorate the walls of the gallery with their fantastic arts. Halls contain three arts including architecture, calligraphy, and the melodiousness shown graphically with valuable works that can get so much attention. Museum of calligraphy is actually a museum of Iran’s grand masters, from Mir Emad to Gholamreza Isfahani, which can show the artwork and beauty of Iranians’ calligraphy to the whole world. Another amazing part of this house is the Music Hall in which melodious and natural tunes can be heard.This place is the first Islamic museum which reflects the Shia Islamic effects in different fields. 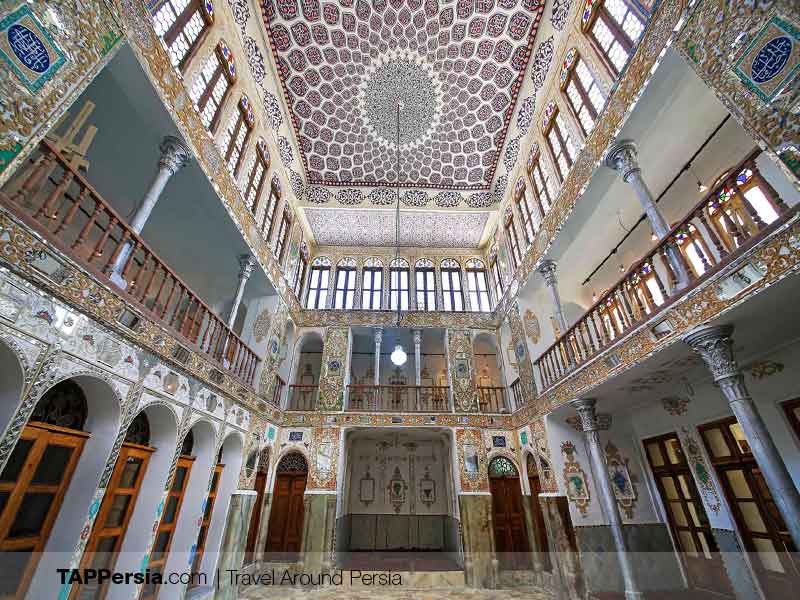 The historical house of Moshir-al-molk Ansari is a valuable monument in the history of Iranian architecture. It is truly a museum of valuable and magnificent heritage. It is a place that reflects both history and beauty all together. Try not to miss this amazing work of art in your visit to Isfahan.