A medieval European Neighbor In The Middle Of Iran 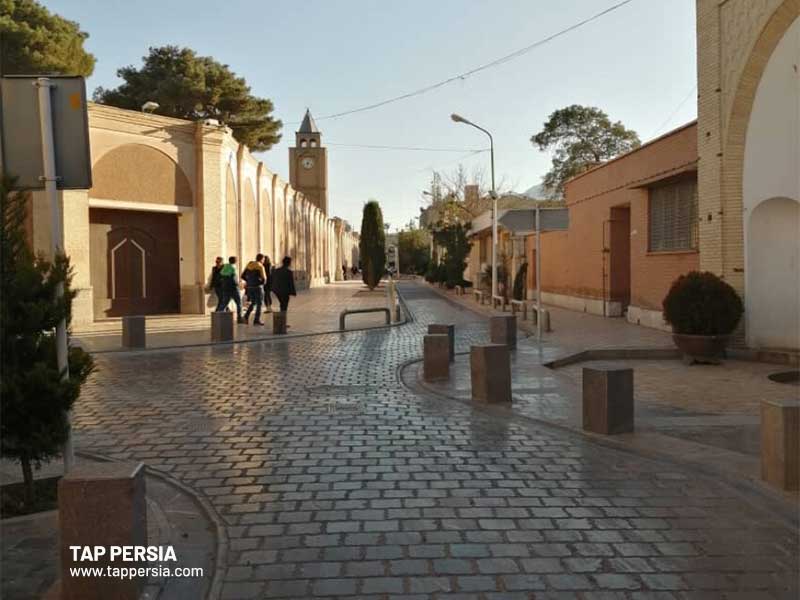 There are more cafes in Jolfa than anywhere in Isfahan! Cafes in European style with western music! The cafes are cozy and crowded as you have been in Paris. There are cluttered wooden chairs and crowded cafes. You can see a lot of young people in Jolfa drinking and listening to music on the stone platforms and stairs of the squares. On the narrow street of Jolfa, you are unlikely to see cars.

Vank Cathedral, Jolfa Central Church has an hourly bell. If the car does come up, it will pass through very calmly and carefully. It is indeed a great pleasure to walk through the Jolfa neighborhood and be attracted by the old Armenian houses with the sound of church bells; within this neighborhood, both Muslims and Armenians reside peacefully one next to the other.

Those who visit the Jolfa neighborhood of Isfahan are astonished by its many old shops, old houses, and antique monuments. Jolfa in Isfahan stands out and is different from any other neighborhood in Iran with its unique architectural design and beautiful alleyways and streets, so you must visit this neighborhood when visiting Isfahan. 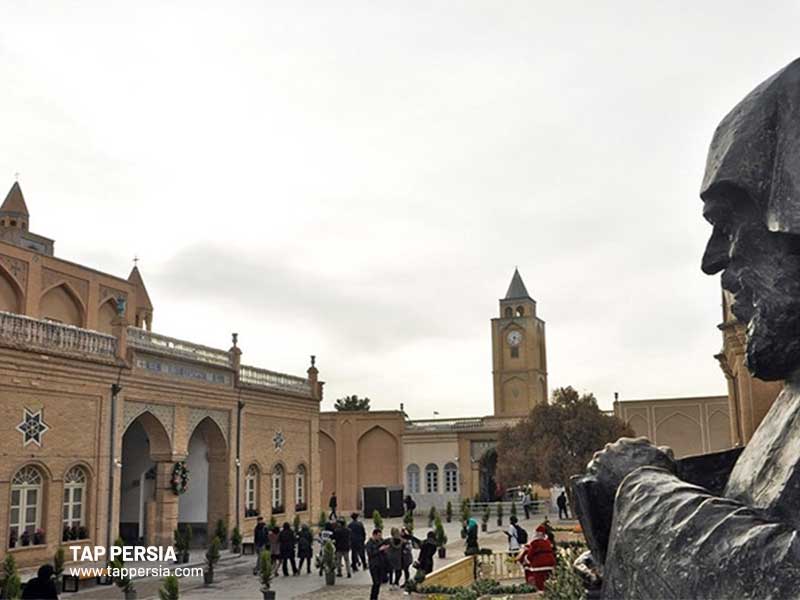 On the square, nowadays called the Great Square, there used to be a large caravanserai with two-story buildings on either side. One of the sides of the caravanserai was a place for keeping horses, and other things. The caravanserai is no longer there. 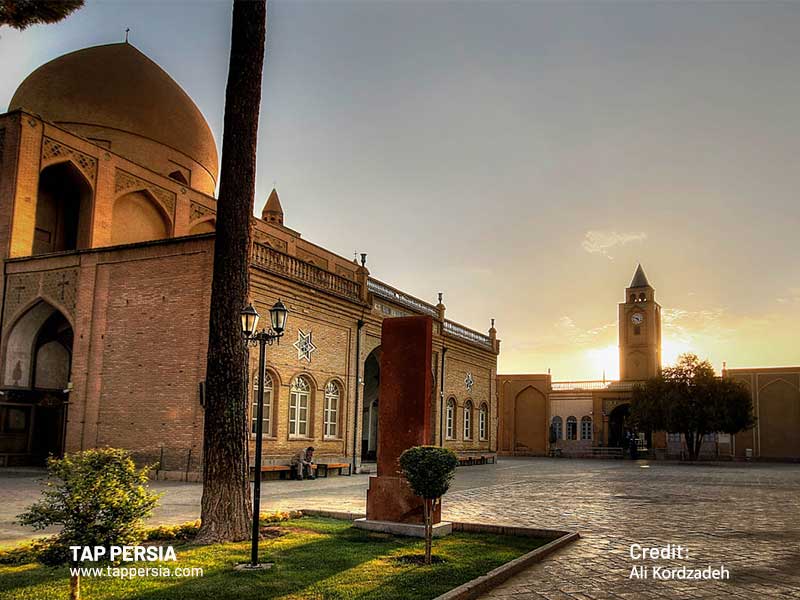 There are many attractive things to see and do in Jolfa, including its unique and elegant churches and cathedrals. Aside from these churches, among the most famous are Beit al-Lahm Church (Bedkhem Church) and Vank Cathedral, which attract many Iranian and foreign tourists every year. Those interested in art can be mesmerized by the wonderful and beautiful murals inside the Beit al-Lahm Church.  Vank Cathedral is indeed more famous than Beit Al-Lahm Church, and in fact, it is the most important church in Isfahan, which is one of the top touristic attractions in the country. It is in this ancient church where there exists a very calm and spiritual environment, and one can be entertained for hours by beautiful paintings. 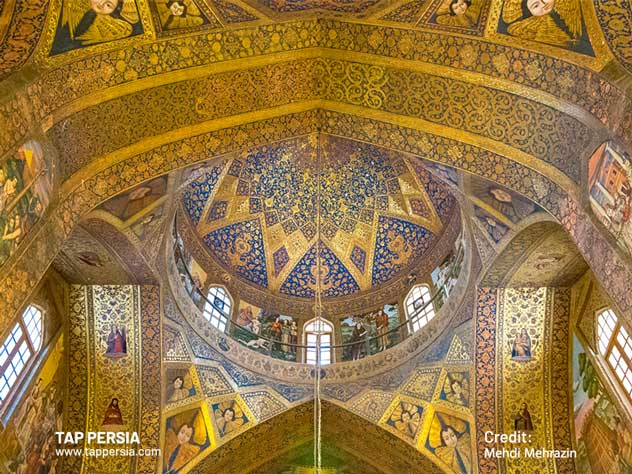 It is perhaps fitting to mention Vank Cathedral, Beit al-Lahm Church (Bedkhem Church), Saint Mary Church, and Saint George Armenian Church among another important group of historic churches of the Jolfa neighborhood of Isfahan. The Vank Cathedral hosts a historical museum which can be found on the north side of the church. These halls contain numerous historical displays as well as objects of interest. Building the museum in 1905, Armenian merchants from around the world donated several artworks to the church.

Bedkhem or Bet Al-Lahm is a famous historical church in Jolfa built by an Armenian merchant named Khajeh Petros. This church is located on Jolfa Square only a short distance from the Saint Mary Church.

By building a bigger church than their original one, the Hakop, the Armenians of Jolfa managed to expand their first church or to give it a name, The Saint Mary Church. St Mary Church’s four-square structure is free of columns, and its paintings rank among the finest examples for church paintings at the time.

One of the oldest churches in the Jolfa neighborhood in addition to the Hakop Church is Saint George Armenian Church. It is called Gharib Church by the locals. An old painting on the altar is the only thing on the interior of the church, its simple interior.

Siahpoosh is someone that wearing black, and the monastery’s name is given from the nun’s black dress. In the Chaharsooq neighborhood, near the Huans Church is the Nun monastery, sometimes also called Siahpooshan monastery. 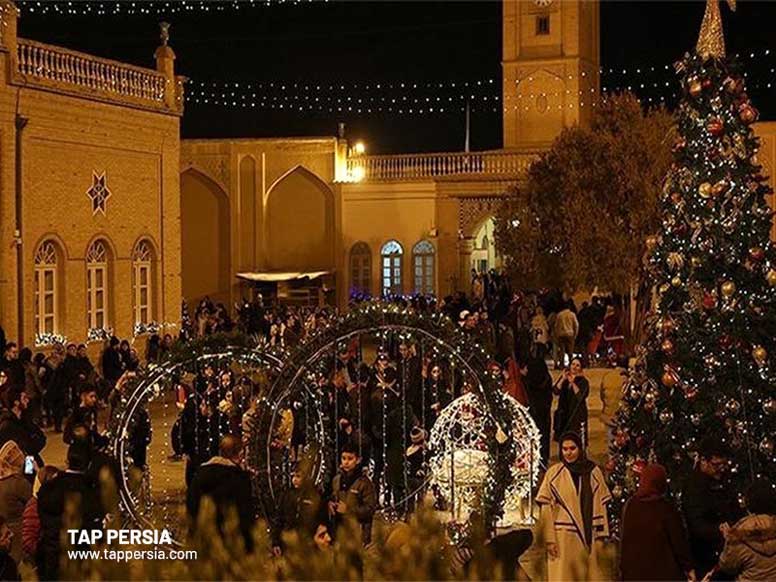 Jolfa Neighborhood Was a Refuge For Armenians 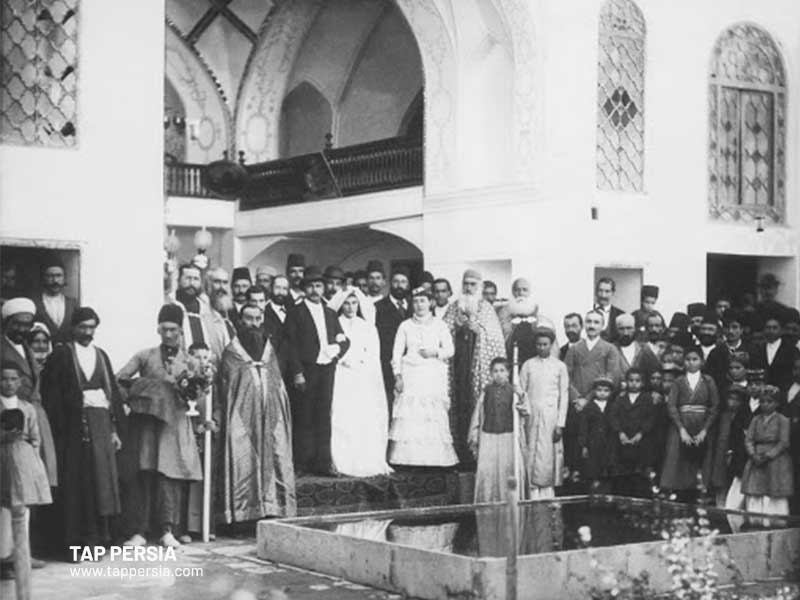 The Armenians of Isfahan are a group of Armenians of the ancient Jolfa tribe (Jogha) who were brought to Isfahan after the great migration from Jolfa in 1605 by the order of Shah Abbas I and settled there. The number of Armenians in Iran is about 120,000, and a significant portion of them live in Isfahan. 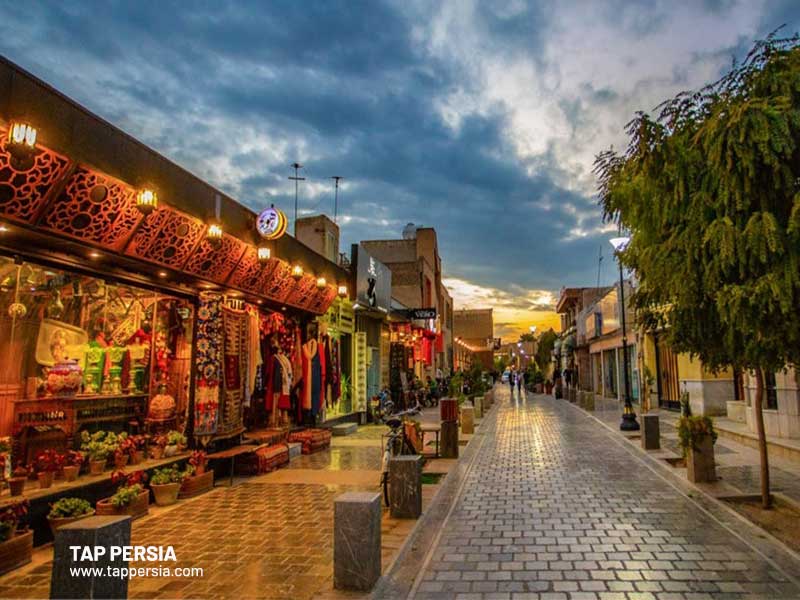 There is always a question in the minds of any visitor to the Jolfa neighborhood of Isfahan: should they visit the historical sites in this vicinity or shop at the several great shopping centers in this neighborhood? This neighborhood has a diverse range of stores and shopping malls for all your shopping needs. Good for buying cool souvenirs! 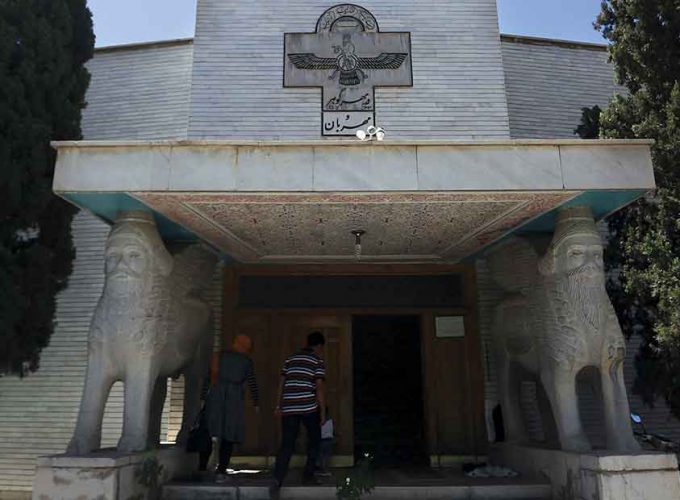 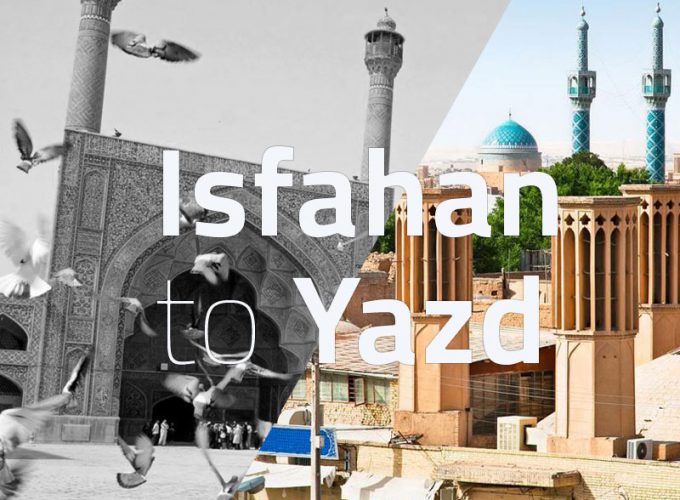 Isfahan to Yazd Pick Up Tour