Exploring Iran with Train: Something Interesting to Know about Iranian Version of Train travel

The transportation system in Iran covers various means of traveling. It includes traveling by trains, airplanes, buses, and taxies. Trains are one of the common ways to travel around Iran. They’re the best options for the long journies if one does not want to pay for the hefty airplane tickets. Train stations connect different areas of the country to each other, north to south and east to west.

Some of the main cities, which provide train services include Tehran, Mashhad, Semnan, Sari, Zanjan, Tabriz, Esfahan, Yazd, Shiraz, Kerman, Arak, Zahedan, Bandar Abbas, and Khorramshahr. Iran has amazing natural landscapes such as green jungles, huge deserts, wild mountains, and massive plains. Train travel makes it possible to have a direct connection with all of them. Here are some interesting points about the Iranian version of train travel.

In a general view, traveling in Iran is very safe for everyone(safe for women). Women in all parts of the world sometimes need some specific traveling conditions. In Iran, women can travel in a woman-only compartment train. This condition is provided by the train travel system, so it is more comfortable and safe for women, to travel by train. Foreign travelers, particularly ladies who travel alone, can enjoy this facility if they feel insecure being among unfamiliar men and families. 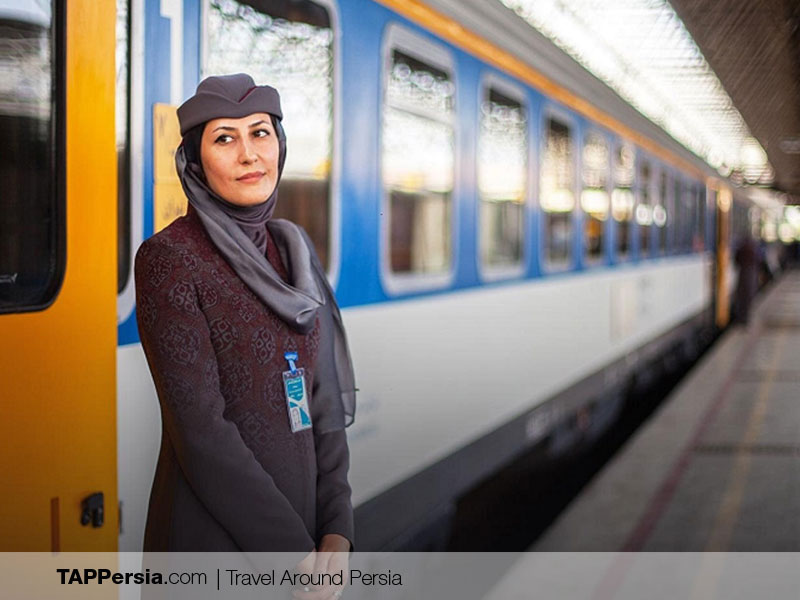 Family travel by train in Iran

Family is considered as the first and the basic social institute.  In a general view, family gatherings are so important in Eastern culture as compared to Western culture. In Eastern culture, people are more family-oriented and prefer to travel with families and peers. Iranian people love to travel and explore all parts of the country. Family travels are so common in Iran, and trains are the means which make it possible to happen.

Traveling by train in Iran has some advantages which make it very convenient for families. Train compartments play the role of a family sanctuary where everyone feels at home. Train compartment services can vary as four- board cabins or six- board cabins. There are also hall seat trains which are similar to the bus system design.

Most of the trains in Iran depends on its class divisions including first class and second class, are equipped with inside train services like restaurants that provides breakfast, lunch, and dinner, washroom systems, drinking water, monitor inside cabins, boiling water for making tea as some Iranian have their family tea flask with them while traveling.

Another different point about Iranians travel by train is to have home-cooked foods. Some of the passengers may order lunch and dinner from the train restaurants, or they get it on the way stations. However, many people, particularly when they are in a group, have home-cooked dishes with them, and they share food with each other. They eat together, meanwhile, they talk, laugh, and also sometimes dance. If there is one stranger traveling along with a family, they share food with that person to express their courtesy and hospitality.

According to the budget and internal programs, some of the universities in Iran conduct college tours for the students. Traveling by train with all friends together is so popular among students. People are excited to visit the destinations, and at the same time traveling by train is a big part of the rejoicement for peer groups. They can enjoy a lot, talking, laughing, dancing, and eating together. Government and Non-Government organizations also have training workshops and official missions to other cities, which are managed by the train travels. Traveling by train itself is a joy and vacation for officials, despite the fact they are on job missions. 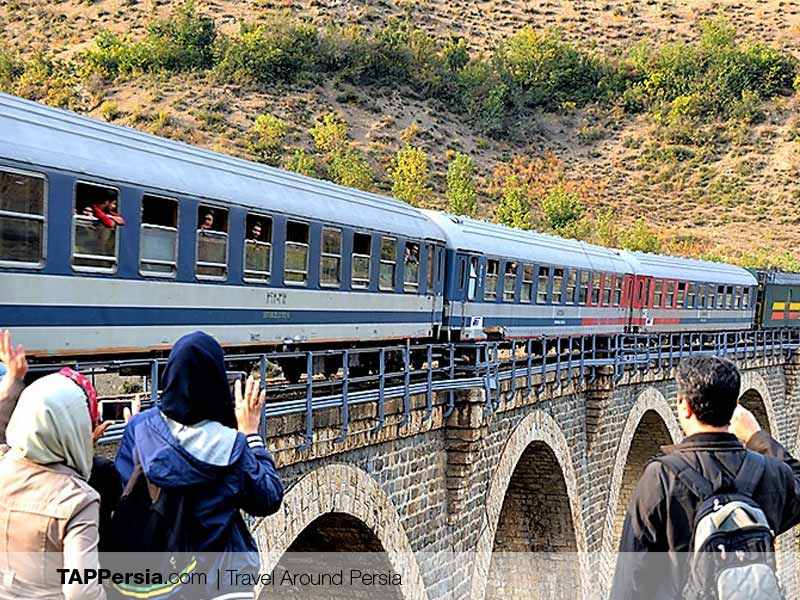 Trains Stop for the praying time

Trains stop at different stations according to the passengers’ destinations. There is one thing different about traveling by trains in Iran. They stop at praying times, which mostly happens for the morning prayers. Passengers are alerted at the time of praying, which is called the time of “Namaz”. Trains’ staff are supposed to knock the doors and say, it is time for Namaz, but there is no obligation that one has to wake up. There is a stop of 20 to 30 minutes for this purpose.

Passengers get up early in the morning at 4 to 5 am, as it may vary depending on the time of “Azan. So, passengers try to get off the train quickly and get back before the train leaves the platform. Some times at one station two trains stop, and everybody is in a hurry to find the mosque and do praying. In such situations, there might be little anxiety among the passengers that they do not miss their own train. It especially happens when the praying hall is a little far away from the train station. Foreign Travelers might see people are running from one place to another in order to do “Namaz” and to be back on time.

Train tickets relatively are cheaper than airplane tickets but they are more expensive than the lavish bus tickets.

Do not miss to travel by train inside Iran. It is so fun and you will see different and interesting scenes of family gatherings and friends enjoying together.