One of the world’s oldest civilizations took part in Persia or old Iran. Living in a group caused people to exchange their ideas and develop the quality of life. As a result, Persian civilization discovered many things for the first time. We may consider these discoveries of Persians a normal part of life, but they relieved humans from many difficulties and caused lots of other improvements as well. Here, you can see the 10 best Iranian inventions. 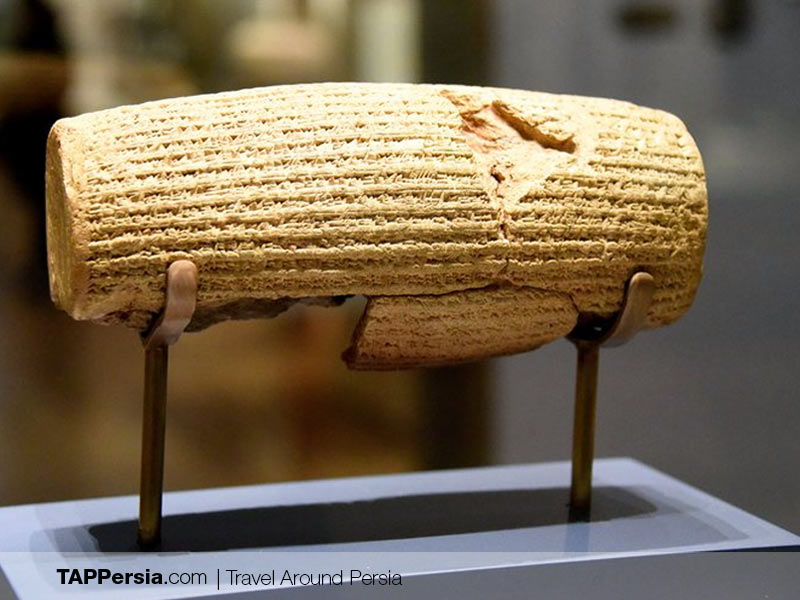 One of the best Iranian discoveries is the basic rights a human can have in society. You may have heard of the Cyrus Cylinder, known as the world’s first reference of human rights. The charter was first discovered in Babylon (recent Iraq) in 1879. After lots of archeological research, they realized it belongs to Cyrus the Great, the Persian Achaemenid King.

He defined his just ideas into a pack of rights and ordered to inscribe them in Akkadian cuneiform script over a clay cylinder in 534 BCE. Amazingly, it’s even one and half millennium (1700 years) older than Magna Carta. Nowadays, the cylinder is kept and shown in London’s British Museum. 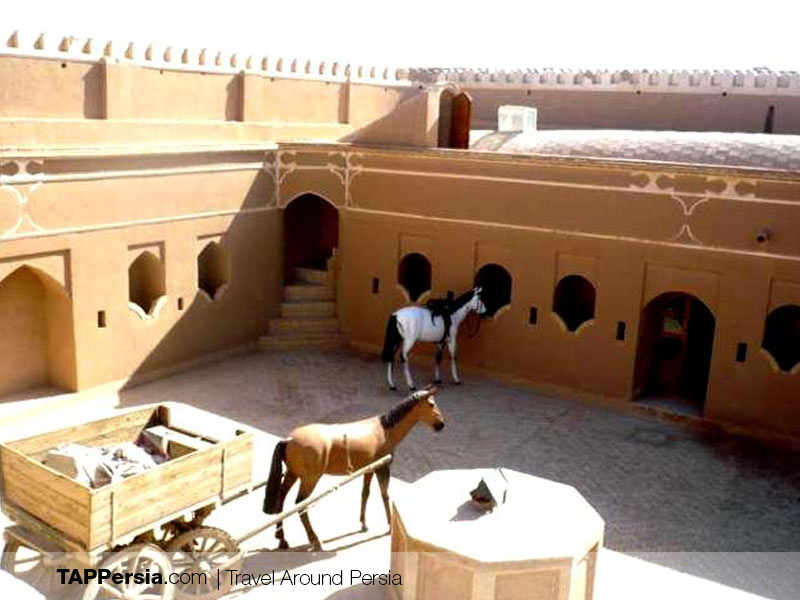 It’s one of the most important Persian civilization inventions. The Persian term for the first postal service was ‘Chapar Khane’. Cyrus the Great, Persian Achaemenid king, was the first person who created this facility. In fact, it was a way of communication through Persian territory.

Later, Darius the Great, the next Achaemenid king, developed this system even more. He extended the post stations along 2,500 km road all over the empire. The ‘Chapars’ were considered people who used to ride the horses to get or deliver the postal items. 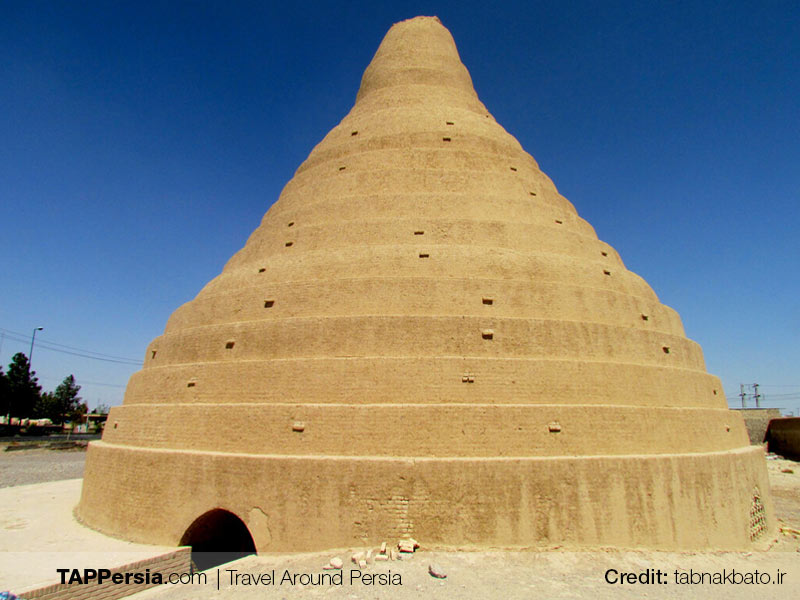 The ancient Iranians created the world’s first refrigerator. It’s absolutely one of the greatest Iranian inventions. Of course, it wasn’t electrical with a motor, but the idea came up since then. Yakhchal is the Persian word for the fridge. If you translate each part, Yakh, and Chal, in Persian, you get the word ice pit. Yakhchal used to have an egg-shaped structure like a small hill, made of adobe bricks. Persians used to store ice and edible things inside it. 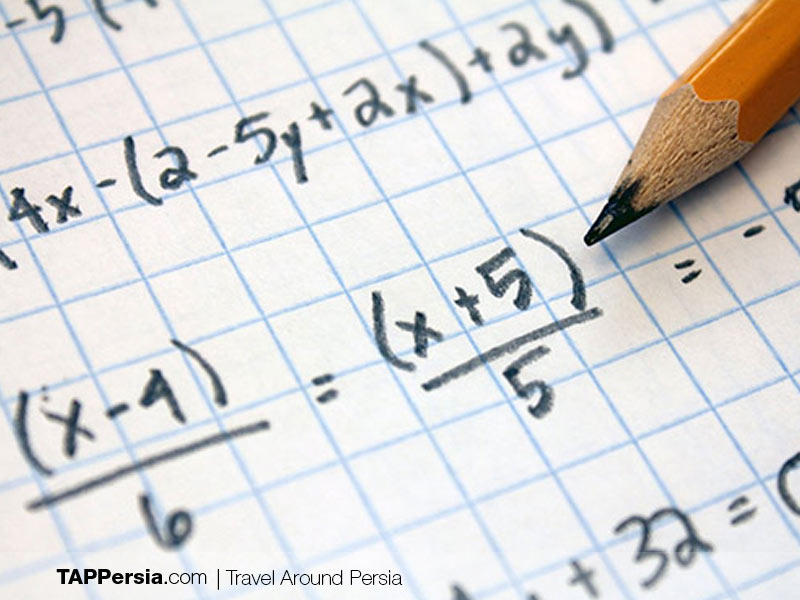 The Persian ancient scholar, Musa Al-Khwarizmi, lived between 750 and 850 AD in Baghdad. He was a mathematician, astronomer, and geographer during the Abbasi caliphate time. Khwarizmi is well-known because he invented some mathematical concepts and taught them as a distinct field of study called algebra. The words ‘Algebra’ or ‘Algorithm’ are derived from his name Al-Khwarizmi. Without any doubt, algebra is one of the most significant Iranian discoveries. 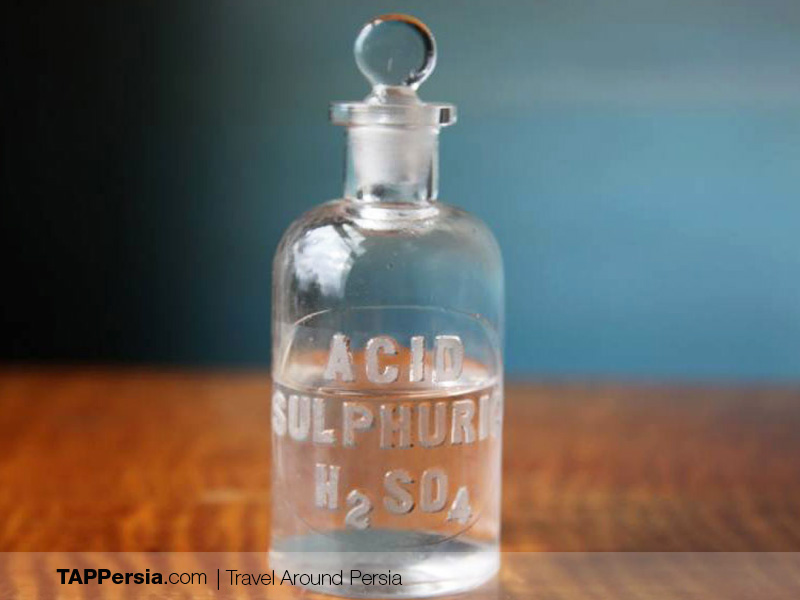 Zakariya Razi (865-925 AD), a prominent Iranian scientist, who first discovered sulphuric acid and alcohol. On one of the tests, he extracted Sulphuric Acid via dry distillation of minerals with iron sulfate and copper sulfate. Later, the European Chemists did the same test after the translation of the script. This element is nowadays used in different applications including drain cleaner, the electrolyte in lead-acid batteries and in other clothing products. 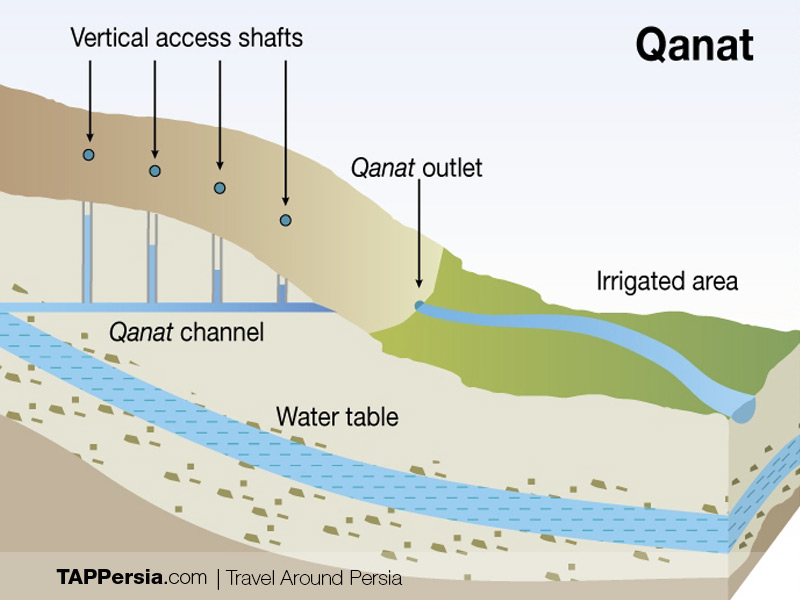 Qanat(Persian Civilization) is a Persian term for managing underground water. Qanat basically consists of an underground tunnel horizontally which connects to a mother well. There are also some vertical channels that conduct the water up the ground. It could be used for irrigation or other purposes.

The system dates back to before Achameinid’s time. It was first innovated in Yazd. As the city is dry and located in the desert, locals created Qanats to solve this problem. Nowadays, it’s considered as one of the most significant Persian civilization discoveries. 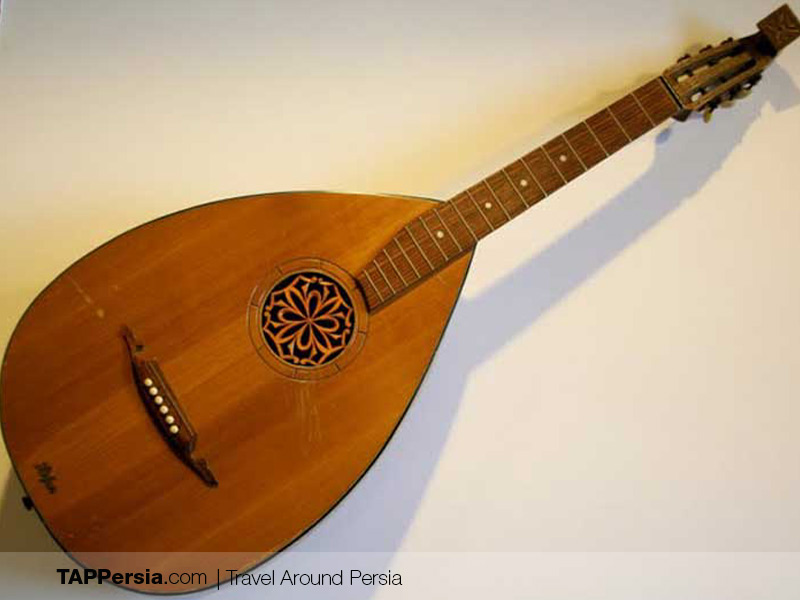 There are different sayings about guitar history. Some people believe that a guitar originated from Egypt. Some think the Romans took them to Spain and others suppose that guitar has been inspired by Greek Assyrian Cithara. However, the guitar system is the result of ‘Lut’ evolution. Lut is a wooden instrument that has strings pulled over it. Zaryab Darabgari was the person who took Lut to Andalucia and since then it became popular in Spain and other parts of Europe. The word guitar is Persian and tar means string. 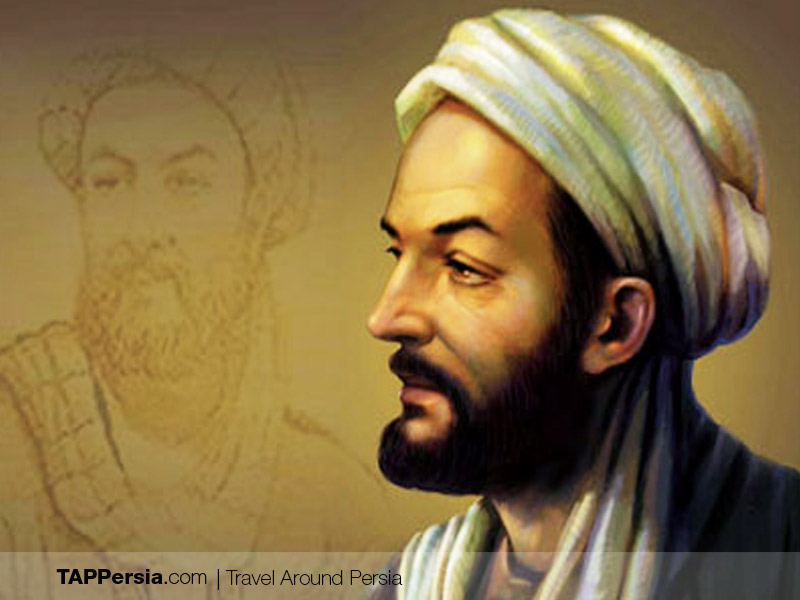 Ibn Sina was a Persian physician, astronomer, and philosopher of the Islamic Golden Age (8th-13th centuries). His fame isn’t limited to Iran, but he’s world-known and in Europe, people know him as Avicenna. Ibn Sina got lots of experience as a physician when he was only 18, so he started to record his most important works including an encyclopedia of medicine, the Book of Healing, and the Canon of Medicine. These medicine methods were definitely the most amazing Iranian discoveries. 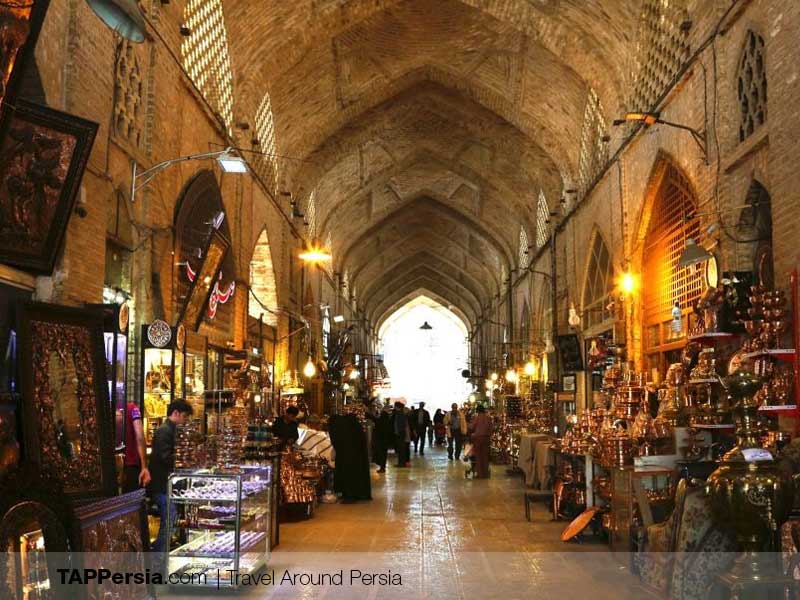 Bazaars in Iran have been shopping centers, located near the gates of the city, congregational mosques, and the main squares. They connect different high ways and make the places closer to each other. Bazaars used to be extended and as they got larger, new atmospheres and constructions including the mosques, workshops, traditional bathrooms, cafes, and other public places arose. Specifying a place for all different shopping purposes is a new idea these days while it first came true 4000 years ago in Isfahan. Naqshe Jahan Square is the first business recreational center all over the world and it’s in a league of its own. 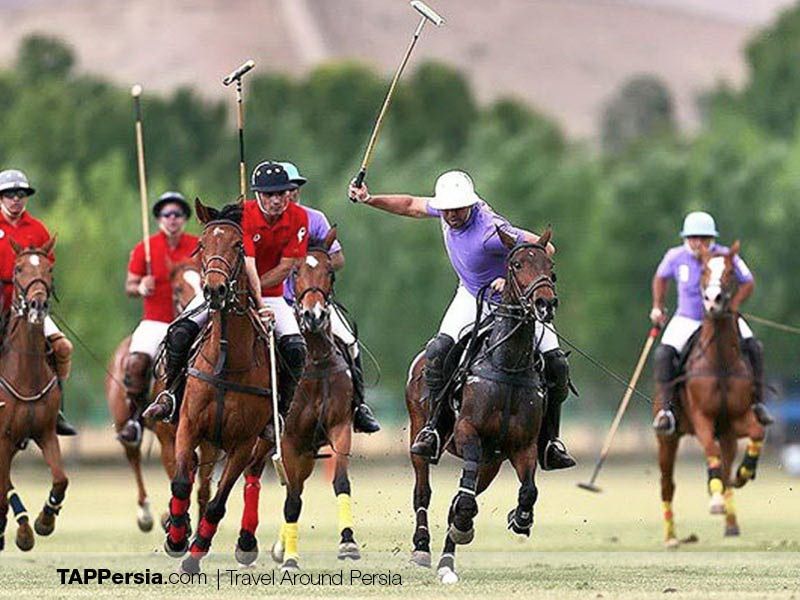 This game was first created in Persia in 600 BC and ‘Chogan’ is the Persian term for it. In other words, Polo is the world’s first team sport. It was actually a practice for reinforcing the army in the Achaemenid time but became very popular in the Parthian era. Due to the relationships with other countries and Persians’ immigration, it turned into a world-known sport in the Sassanid time.

In Ancient Persia, Chogan had two types: one was without any horse for kids and the other with horses for youngsters. The most important difference of polo in comparison to other historical sports like wrestling or footrace is it had its own rules since the beginning and the challenge has been over the ball.