Wojtek: the Persian Bear that Joined the Polish Army

The story of a soldier bear in the Polish army can’t be told without a brief introduction. When Poland was simultaneously invaded from both sides by Nazi Germany and Soviet Russia in the first weeks of World War II, both sides started the mass exile of Polish citizens, sending soldiers away first. Approximately 200,000 of them were sent to the most distant places in the Soviet Union and countries like Iran and Iraq.

After Nazi Germany attacked the Soviet Union in 1941, Stalin was forced to look for allies and after accepting the Allied forces’ offer, he re-established diplomatic relations with Poland. So, Polish soldiers were released from their Soviet prison camps and were allowed to reunite under General Władysław Anders. Despite mysterious obstacles and sabotages from the Soviets, the army was formed and informally named “Anders’ Army”. Unsurprisingly, one of its first decisions was to evacuate the Soviet Union and join the Allied forces. On their way to Italy via Iran, Iraq, Syria, Palestine, and Egypt, they picked up one more amazing recruit.

In 1942 an Iranian child in Hamedan found a little brown bear that hunters had killed his mother. The little boy took the bear to their house and after a while, he sold the bear to polish soldiers.

As a symbol of luck, the army took the bear with themselves. The soldiers treated the little bear as a baby, perhaps because their own families had been torn apart by the war.

They fed him fruits, honey, syrup, and marmalade. The little bear grew up so fast and became a beloved character among the Polish troops and that’s when the epic journey of the bear began.

When the polish army was in standby to go to Italy, they had to get on ships. Because the Polish army didn’t allow animals on their ships, it seemed they should depart from their friend. So, they hired the bear in Andres’ army and called him “private Wojtek” (which is Polish for fighter).

After that, Andres’ army was sent to Italy to fight the German army. During the Battle of Monte Cassino, Wojtek was seen on the front lines carrying ammunition to help load the guns. The story of Wojtek in World War II, fighting alongside the polish army and his sacrifices became so famous, especially in Poland and Scotland. After this battle, Wojtek was featured in 22nd army flag (it is the bear carrying a shell).

Amazingly Wojtek was a fan of drinking and smoking, although, Wojtek ate cigarette instead of smoking them. Wojtek enjoyed wrestling with the soldiers and swimming whenever he had the chance.

When the war finished, the 22nd army moved to Edinburgh, Scotland. It was then that Wojtek was moved to the zoo in Edinburg and soon became the most visited animal there. Wojtek passed away in 1963 at the age of 22, but he continues to inspire admiration not only in Poland but also for many British veterans of the Second World War and also in Iran which was his hometown. 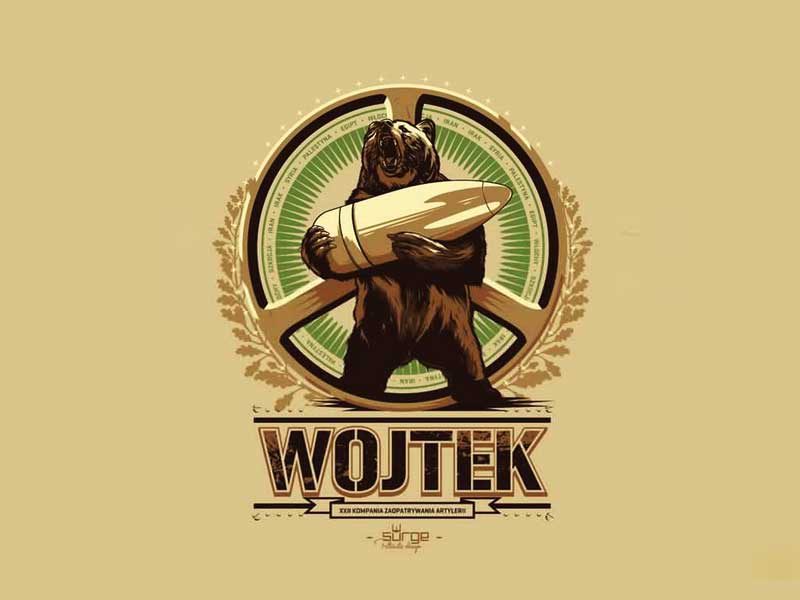 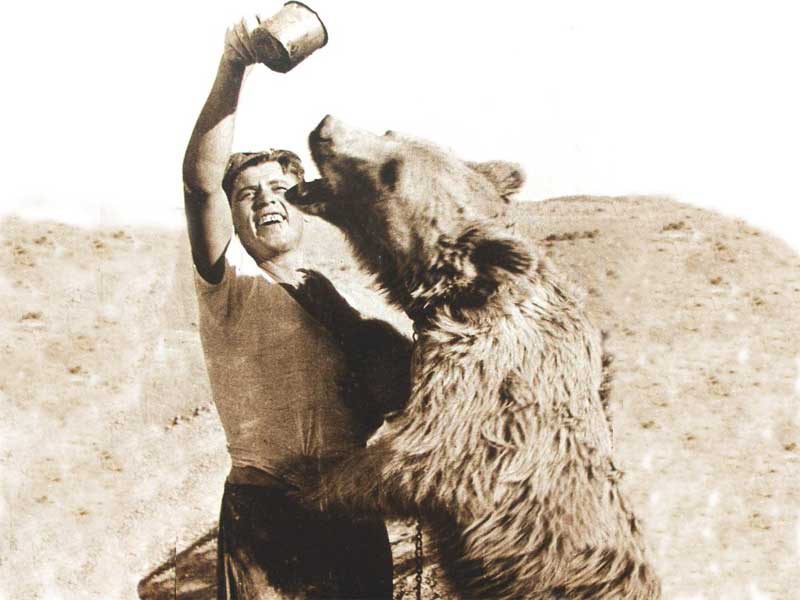 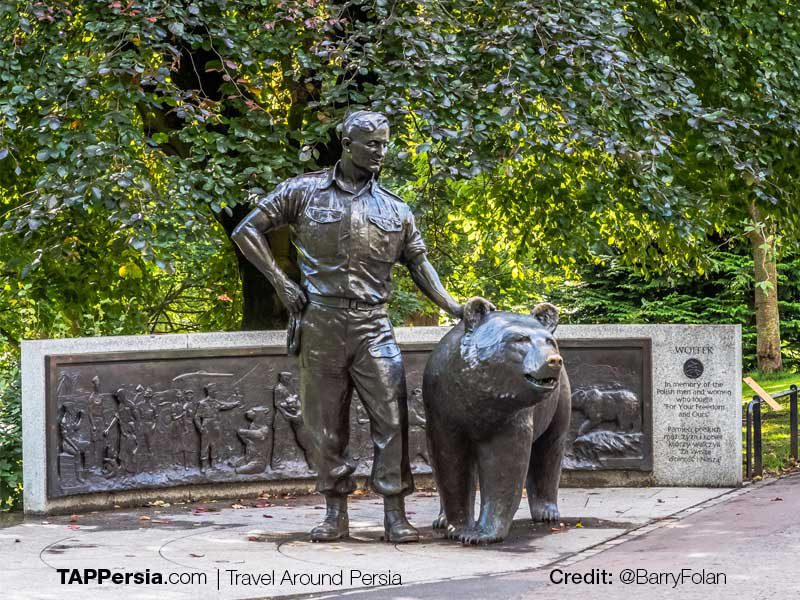