Traveling to Iran with Children

After the Islamic Revolution in 1979, the type of tourists visiting Iran changed radically. Until less than a decade ago, Iran was simply not an option for many travelers, especially the ones with kids. However, In recent years we are experiencing a new generation of visitors to the country. Younger travelers and families are willing to come to Iran more than ever. There could be many reasons why more people are finally swimming against the stream and experiencing the beauties of Iran regardless of what the media is portraying.

In the following paragraphs, we are going through a number of tips and opinions to hopefully make traveling to Iran more accommodating for families.

Is Iran Considered a Kid-Friendly Destination? 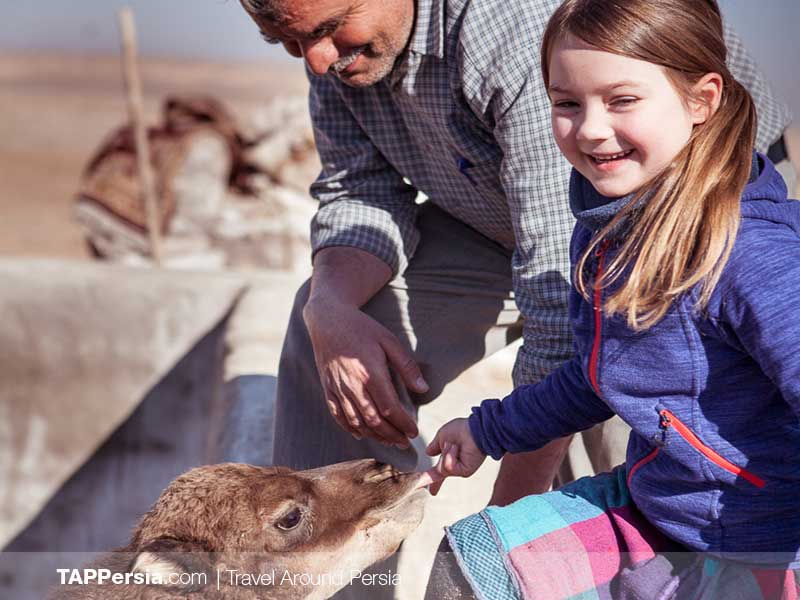 The answer to this question really depends on who you are asking it from and which country you are comparing Iran with. In my opinion, Iran is definitely among the countries which you can visit with kids.

Here are some examples to give you an idea of what to expect. In big cities like Tehran, it is common to have changing rooms for children in metro stations and malls. Also, most restaurants in the bigger cities usually have a limited number of high chairs and changing rooms for children. In cities, there are many playgrounds in parks that are good enough to make most children happy. Ultimately, Picnicking is a defining part of the Iranian culture, many families spend the warmer days of spring and summer in parks where kids can play and have fun together. 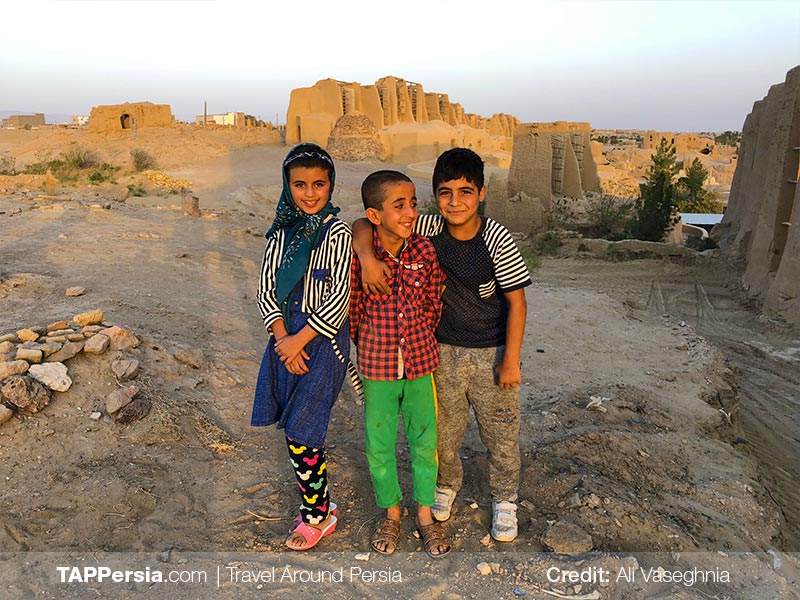 Besides all the above, what makes Iran an even more suitable destination for travelers with kids might actually be the people. It is a fact that most attractions for tourists in Iran are historical landmarks which might be boring for most kids, though I’ll soon explain how people can make traveling with kids to Iran more convenient. Most Iranians love children and for this reason, many people will try to entertain your kids and maybe give them little treats like nuts and candies. 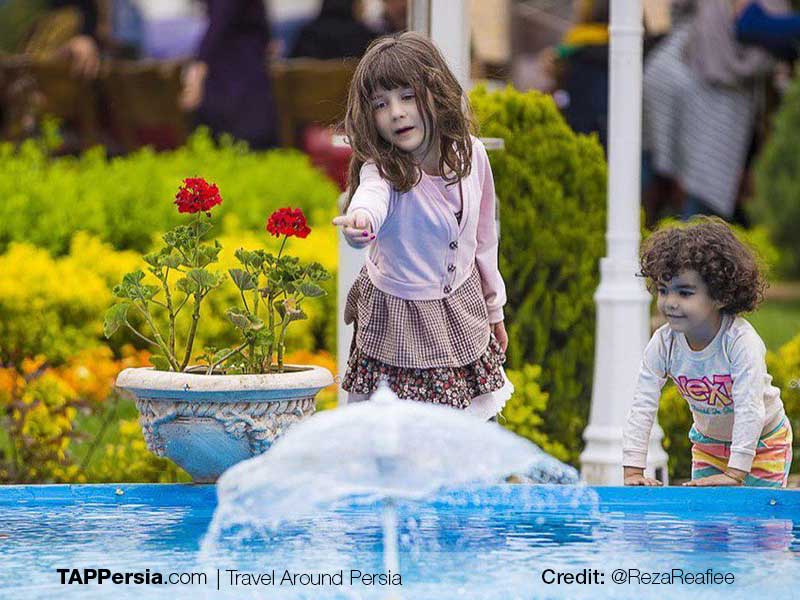 You always hear a lot about the dress code for Iran. However, for children the dress code is pretty relaxed compared to the rules in place for adults. There are no specific rules as what children should wear in public. To be more specific, girls are not obligated to wear hijab before their teenage years. However, for girls above the age of seven, it is advised to wear clothing that covers their legs and upper arms. For boys, it is not uncommon to wear shorts in bigger cities.

Don’t panic if your kids throw a tantrum in public. It is common for some families to bring their little kids to theaters and cinemas and happily watch the show while their little kid cries the whole time! I am definitely not advising anyone to do so, but I think it is good enough to assure you that people are usually aware of the fact that kids might sometimes not be easy. Thanks to the love most Iranians show for kids, you do not have to feel uncomfortable if you see someone else trying to soothe your child. Talking about Iranian’s love for children takes us to the next tip.

People Will Try to Hold Your Kid 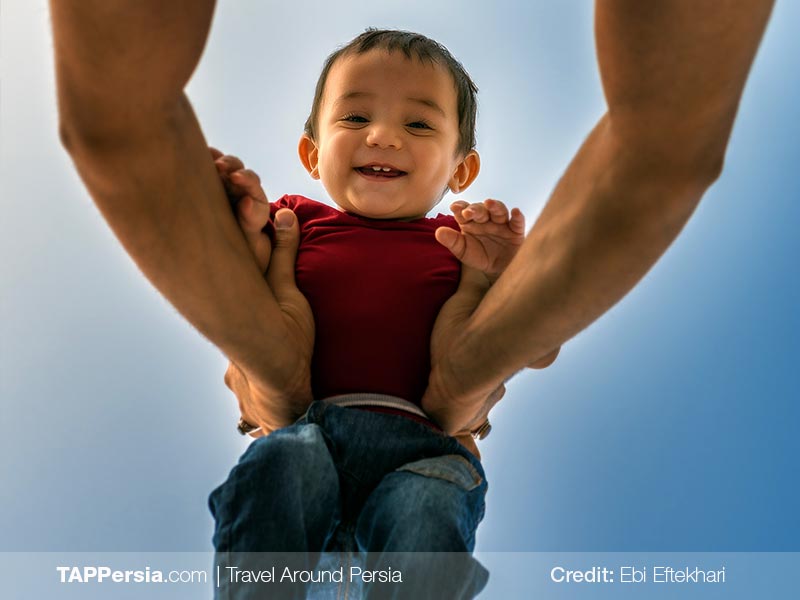 Walking around the city with your lovely children will attract the attention of the countless people with love for kids. It is very common in Iran for people to hold babies or pinch their cheeks for the sake of entertaining them. It is understandable that this gesture might make some parents uncomfortable, but you should know that in most cases, this is just the way people show their love to babies.

Hopefully, knowing this will help prevent any misunderstandings, but if you don’t feel comfortable with other people holding your kid, it is indeed better to smile while asking them not to do so.

Breastfeeding in public is very common in Iran, in fact many mothers feed their newborns in public when needed. However, the breasts are always covered as much as possible. This can be easily done by your headscarf. There are no laws banning women from breastfeeding in public, so there is nothing to worry about while doing so.

In most cases, sidewalks are somewhat suitable for strollers. Although, usually numerous obstacles have been placed to prevent motorcycles — and as a consequence strollers — from entering the sidewalks (yes, motorcycles go anywhere they can in Iran). All in all, if you put this subtle inconveniences aside, it is definitely a great idea to bring a stroller.

A Note About the Weather 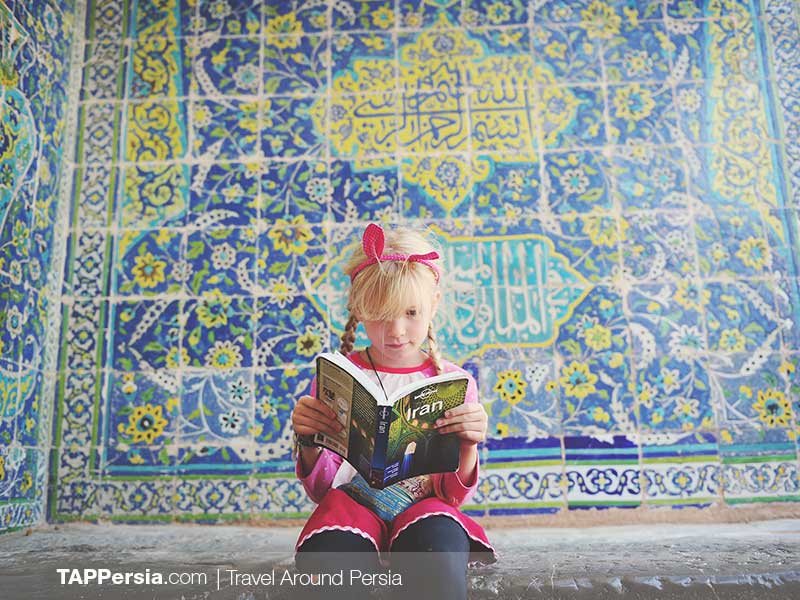 Iran has a diverse range of climate zones. You can experience every four major seasons at all times in the country. For example, in the North you will experience a humid and sunny day by the Caspian sea, whereas driving for less than 20 kilometers to the south will take you to a mountainous, cold region. If you are traveling to different regions of Iran, it is always smarter to have both summer and winter clothing ready for your kids (and yourself).