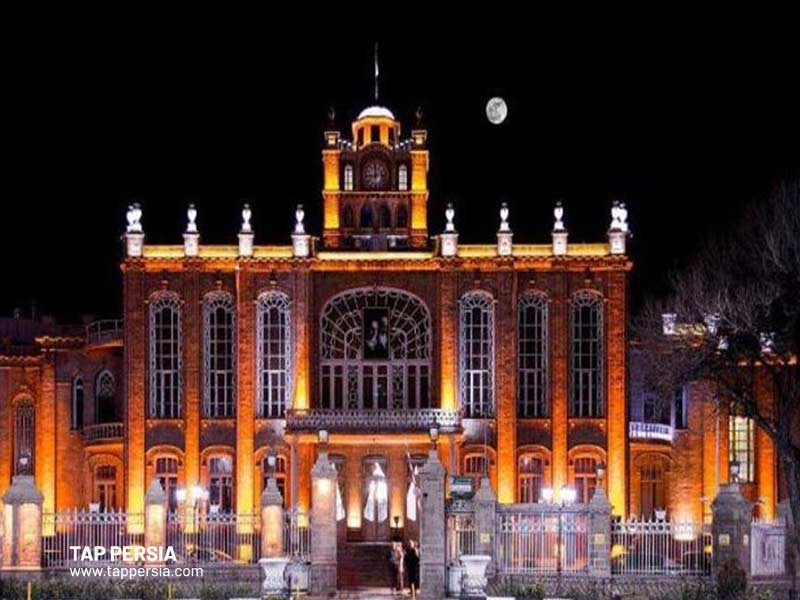 Tabriz is a city with many historical attractions, each of which has a story hidden in its heart. Tabriz Municipality Palace is one of the most spectacular buildings of this city that has lots of interesting works to show off. Today we are going on a trip with Tap Persia to this great city. We will pay a visit to this palace, or Tabriz Clock Tower that is also a museum. Tabriz Municipality Palace is the first and the only museum of history among Iranian municipalities.

But before we start let’s see Why Tabriz Municipality Palace is a substantial destination. And why you should put it in your travel plan: Firstly, it is one of the most attractive and spectacular attractions of Tabriz. Secondly, the architecture and construction of the mansion are interesting in their own way. And if we look at it from above, it looks like a flying eagle. Thirdly, you will find the chance to watch the largest carpet in Iran. This carpet is 111 square meters which are woven with a special herbal dye.

General Information of the Municipality Palace of Tabriz 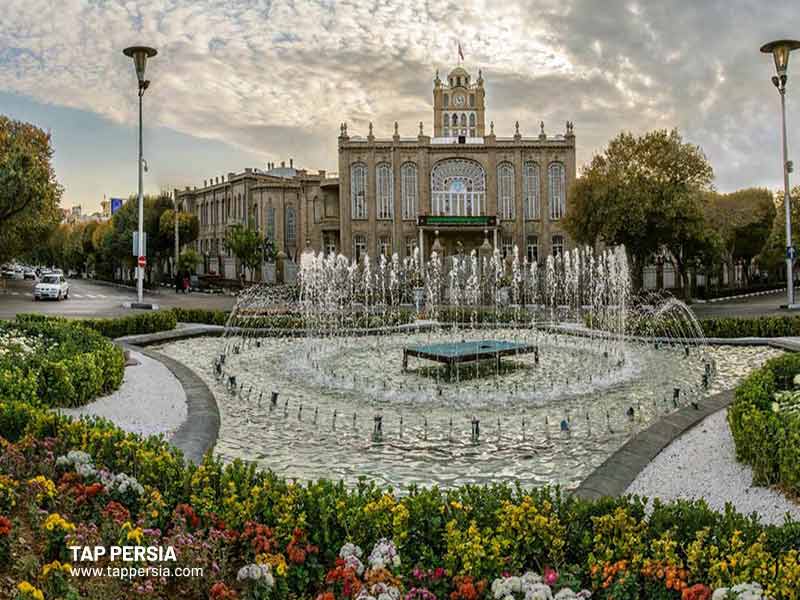 In the same year, they held a party due to the 100th anniversary of the first municipalities of Iran in Tabriz. It was then that this mansion started its work as a museum. And therefore, became the first and the only museum of history among Iranian municipalities.

When you enter the museum, you will see objects belonging to the first municipality of Tabriz. There are valuable objects and documents that show the culture and art of the people of this city. A part of the museum is in the basement. And other parts are on the first and second floors. The museum includes various halls with different subjects such as the Old Cameras, the Holy Defense, Printing and Publishing, Carpets, Contemporary Art, Calligraphy, Wisdom Hall, and several other halls.

The Tabriz Municipality Museum, which is also the first municipality museum in the world after China, has been on Iran’s National Heritage List since July 20, 1998.

The Palace of Municipality

One of the beautiful, strong, and spectacular buildings of Tabriz is the Municipality Palace. Reza Shah Pahlavi ordered to build this palace. They built it in ​​the abandoned and ruined cemetery of Nobar Alley from 1935 to 193. This project was done under the supervision of German engineers. This palace has been the Municipality building of Tabriz since the beginning of its construction. The City Municipality has a clock tower 31 meters high. 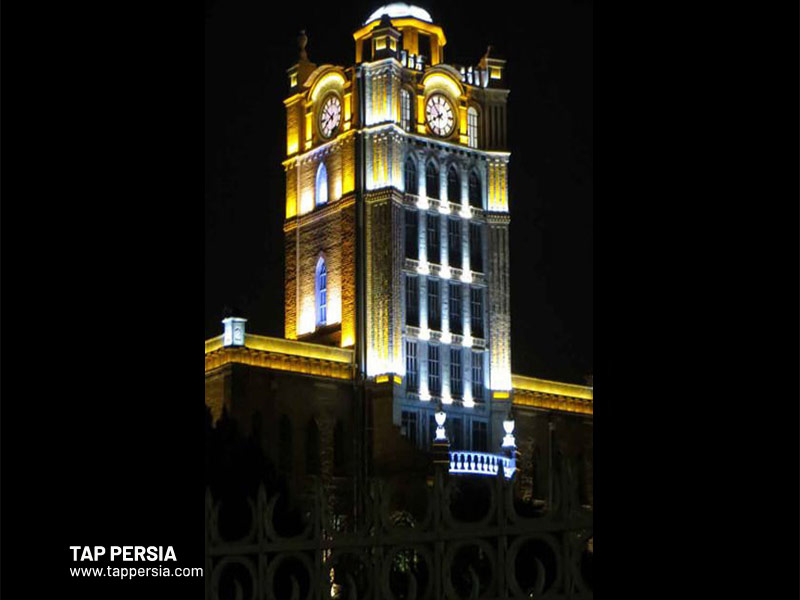 Every 15 minutes this clock rings and reminds people of the passage of time with a rhythmic ringing of its bells.

This building stands out in the most central part of the city. And its clock is similar to the clock of the Big Ben Tower in London. As you know, the Big Ben clock is unique in the world. Exterior, interior, courtyard, and garden are some of the charms of this mansion. For sure, they will immerse you in its nostalgic and pleasant feeling.

The exterior of the building is carved out of stone. And its building plan is similar to the design of a flying eagle. Interestingly, it corresponds to the example of buildings in Germany before World War II.

In the southern part of this museum palace, there is a pleasant and clean environment. You can notice it by its pretty flowers, trees, and a blue pool. The roof of the mansion is decorated with Iranian motifs. And all the windows are colorful and traditionally beautiful.

The museum has several halls that are classified and belong to a specific group of objects and documents. Your visit starts from the basement. Here is the ticket office, the shoe museum, and the fire station museum. Follow us to learn more about these forums. 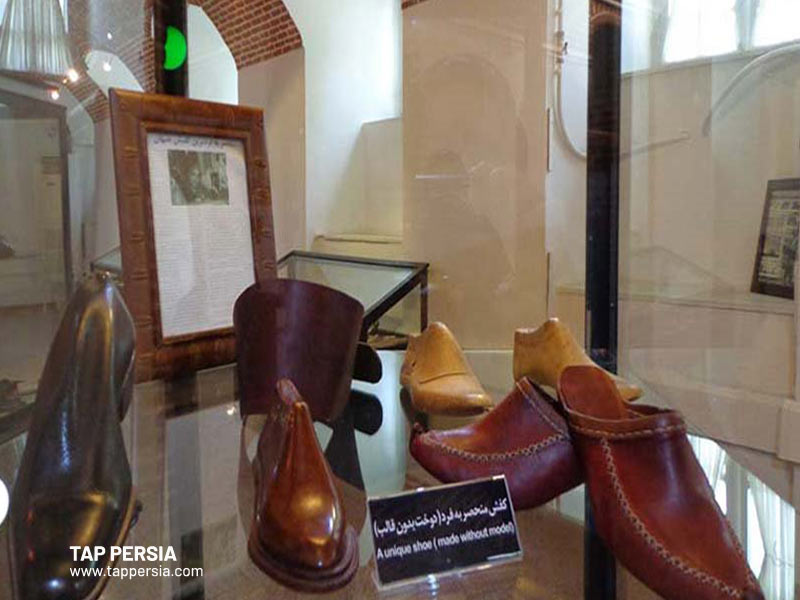 From the distant past, Tabriz shoes and their high-quality leather have been famous. This part of the museum displays shoes made with basic equipment. Due to the high quality of Tabriz shoes, they have shoe export to some other countries, as well.

It is interesting to know that the first fire department in the country was built in Tabriz. In this section, you will get to know about the old firefighting equipment and how it works.

After visiting the basement halls, you can go to the main building and visit the halls of the Municipal Museum.

The Hall of Old Cameras 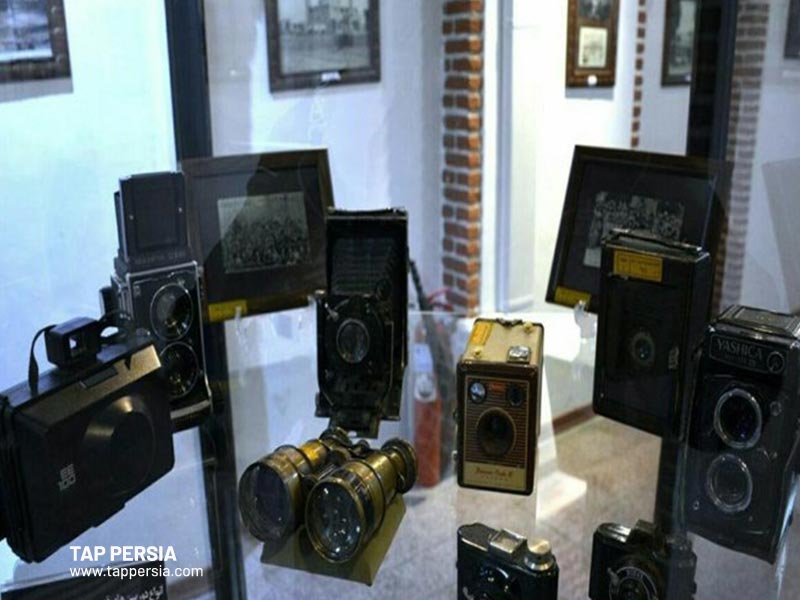 In this forum, you will learn about the history and formation process of the old generation cameras from 150 years ago to the border of digital cameras. Most of these cameras have been donated to the Tabriz Municipality Museum by a famous photographer and collector of Tabriz, “Mohammad Ali Jadid al-Salam”.

In this hall, there are books, manuscripts, documents, and historical objects related to the municipality and the letters of the old mayors of Tabriz.

Also in this section, there are pictures that narrate the contemporary history of Tabriz. It includes  78 historical documents. Moreover,  you can see the utensils of the first mayor, people’s gifts, old appliances, municipal property, and special safe for the time of Qasem Khan Wali, mayor of Tabriz in 1907, written documents including books and manuscripts and documents related to Tabriz municipality.

In this section, there are documents, photos, and manuscripts of the martyrs of Tabriz and documents of the stability and resistance of the Azerbaijani people in the 8-year war(holy defense) between Iran and Iraq. 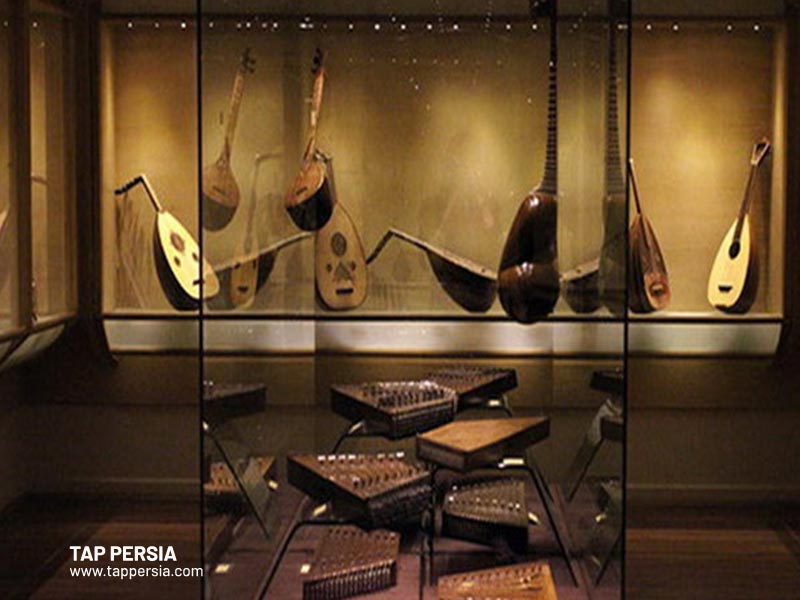 Sound Hall is a private and personal collection of one of the Tabriz artists named Hossein Sajedi. In This part, various types of classical, national, and local instruments are exhibited. In addition to these, you can see the national, indigenous, and classical instruments, including Iranian Tar, Setar, Azerbaijani Tar, Balaban, love instrument (Gopuz), Bagpipes, southern dutar, Khorasan dutar, and classical dutar. It is worth mentioning that there are all kinds of bells and percussions in the Safavid and Qajar periods, ritual instruments, religious instruments, rails, apparatus, old radios, telephone samples, and school bells of the last century, and other sound-related devices in this section, as well.

The Hall of Wisdom

In the Hall of Wisdom, there are photographs and the works of three famous Allamehs of Tabriz, Allameh Amini, Allameh Tabatabai, and Allameh Jafari. They were active in the fields of mysticism, wisdom, and philosophy. 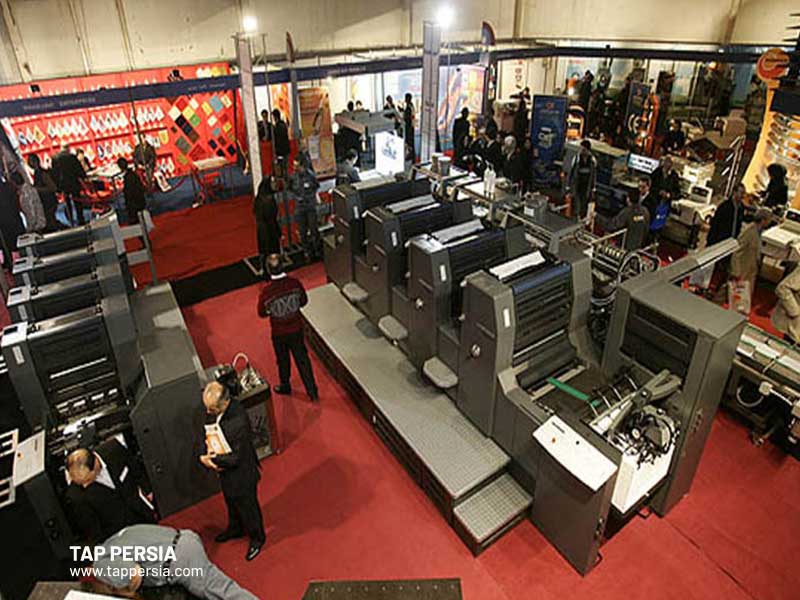 In this section, you can see the first printing tools. The purpose of this hall is to introduce the city of Tabriz as the cradle of printing in Iran.

On the second floor, there is the Carpet Hall. The most unique part of the palace is here. In this part carpets and tablecloths of Azerbaijani artists are on display. They are all handmade and unique carpets. Their designs reflect the artistic nature of their weavers. In another way, they represent the quality and turbulent but proud history of contemporary Tabriz. Each of these carpets has a name and identity card. 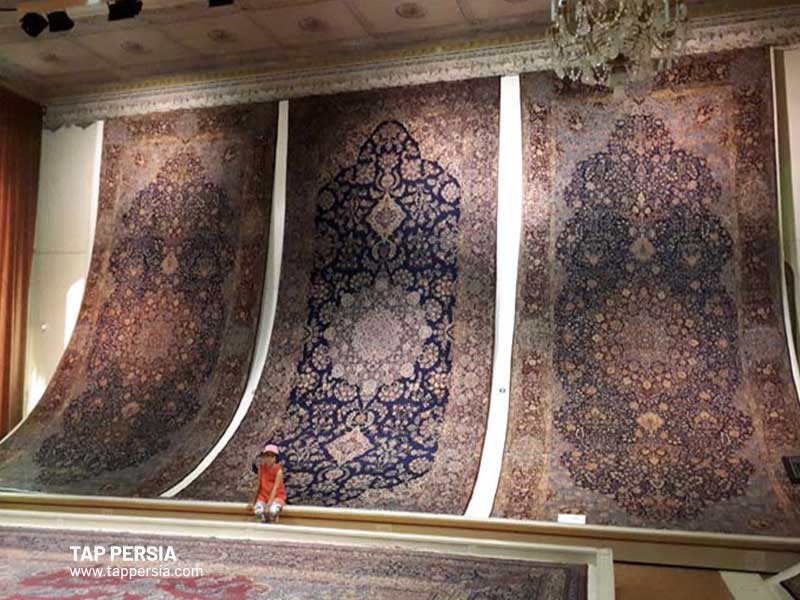 The works of this hall are about 110 years old. Arfa Al-Molk, as the first mayor of the mansion order to weave some glorious carpets. 12 of them are in this section. Among the special examples of this section, we can mention the largest carpet in Iran. It has 111 square meters in size. They wove it with a special herbal dye. Other great examples are the Twin Sister carpets. They wove one in 1933 and another one in 1941. They call the largest carpet, the mother carpet. Moreover, there are two carpets with crowded designs, as brother carpets in this hall. You can also see a carpet related to Parvin Etesami in this museum. She was one of the greatest female poets of Iran.

Other Objects Exhibited in the Museum

There are lots of other stuff in the museum to see and enjoy. Here is a list of some: 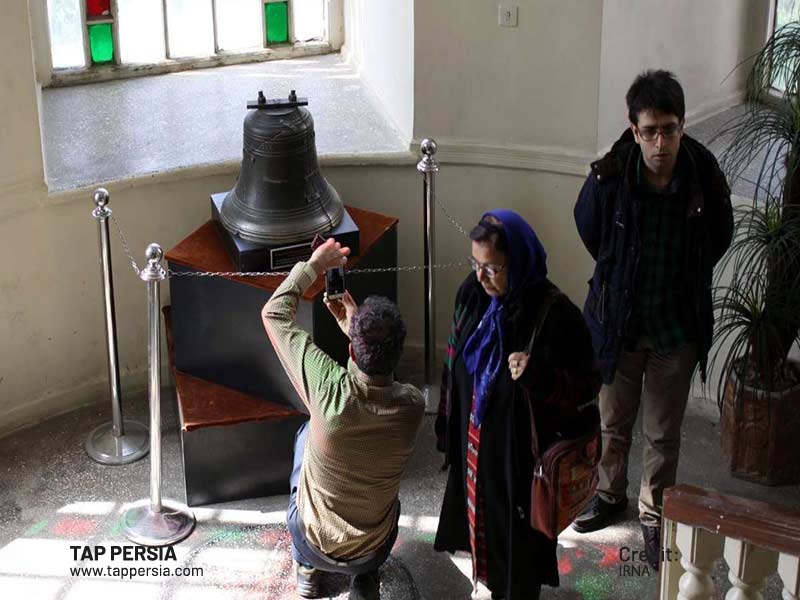 How to Get to The Municipality Museum

The Municipality Museum is located inside the municipal building, right in the center of the city. That’s why it has many access routes. By taxi or city bus, you can easily reach the museum. First, from everywhere you are head towards the city center, to the clock square. Then, in the clock square, you will see the palace of the municipality museum in front of you with its amazing grandeur. The municipality building has several entrances, but its main door is on the Maghsoudiyeh sidewalk.

Sights Around the Museum

Visiting the Municipality Museum has a very high spiritual, historical, and cultural value. It shows the ancient history and culture of Tabriz. We hope you have enjoyed joining us on this short trip to this glorious place. If so let us know in the comments. Your words are worth the world to us.  If you wish to read more bout Tabriz and the top attractions visit this ADDRESS. In case you need more information or you would like to book a tour with Tappersia you are just a message away. You can reach our experienced guides via the contact information below the same page.

Before we say goodbye, tell us “Have you visited Tabriz Municipality Museum Palace? If yes, How did you like it?” 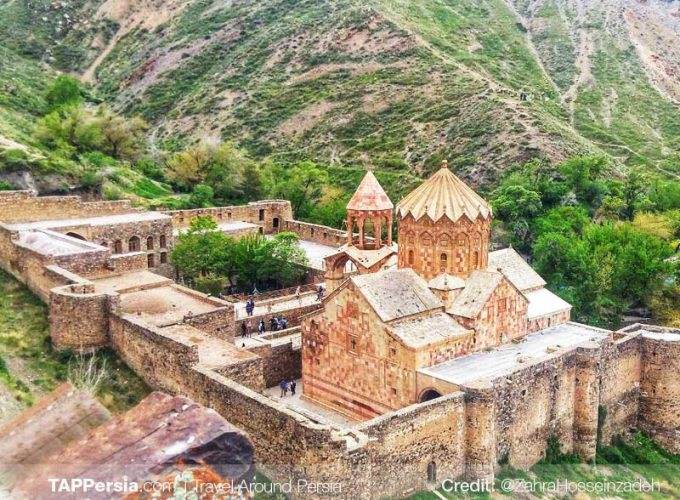 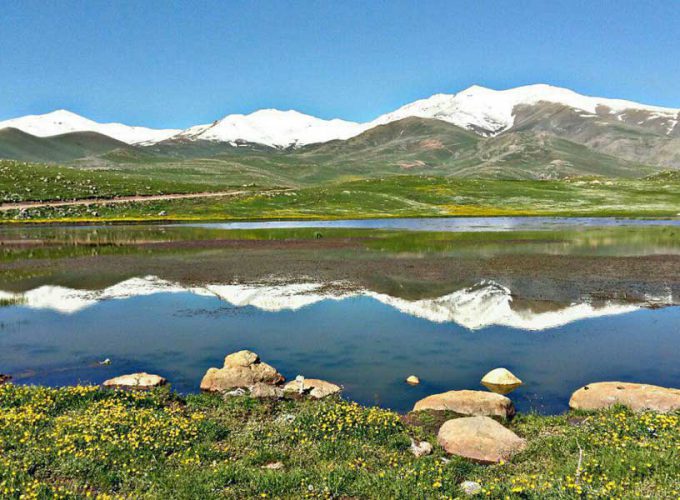 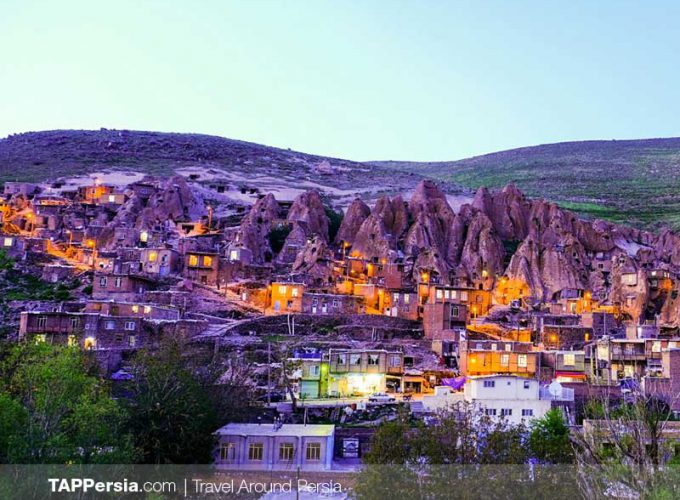 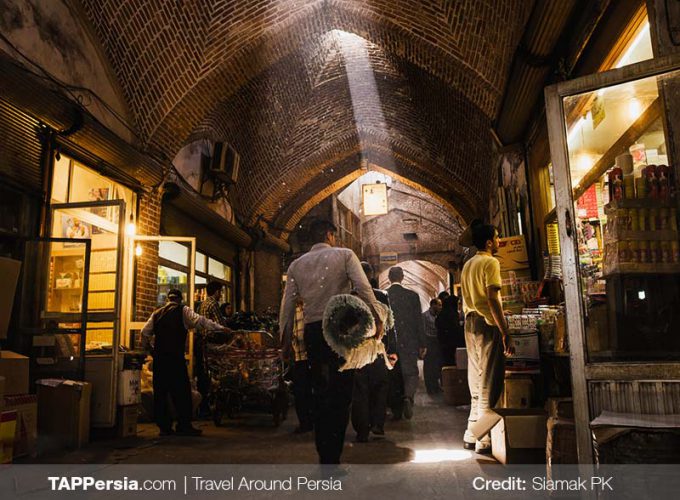 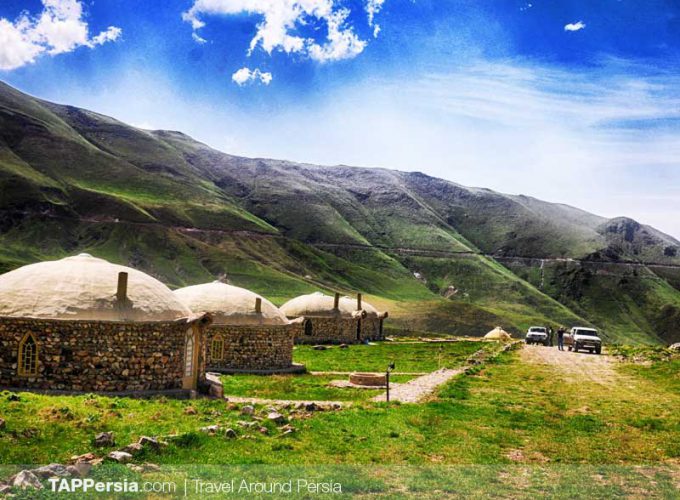