Mashhad is Known for the “Imam Reza Holy Shrine”

Mashhad is one of the biggest religious cities in Iran. The holy shrine is the main tourist destination. Many people visit this place on a daily basis. There are always some people who visit this holy shrine. So, one cannot find this place empty from its lovers. Annually Mashhad city witnesses about 27 million pilgrimages from the inside country, and about 2 million pilgrimages from outside country. 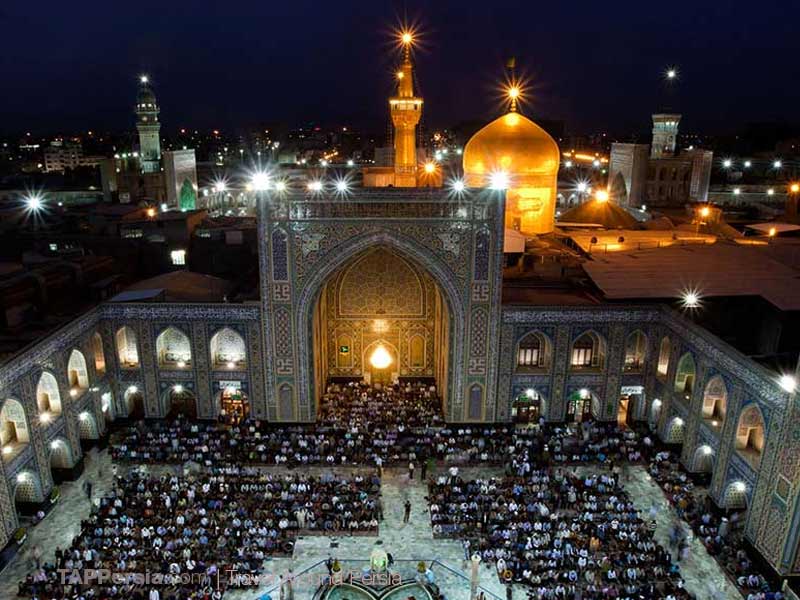 Besides the main tomb Inside Imam Reza holy shrine campus, there are different buildings or complexes as well. As there are a hung number of people to come for visiting, there are various pilgrimage and tourist religious attractions on this campus too. They include other mosques, tombs, cemeteries, courtyards, museums, libraries, etc. The campus covers a very big area. There were so many reconstructions during last year, and the total space has increased from 12,000 square meters to 1 million square meters to the present status. It is one of the biggest religious places in the world. Here come the details.

Courtyards are the open spaces that have no roof on it. They work as the entrance to the main halls. There are about 9 courtyards. At the time of praying or “ Namaz”, most parts of these courtyards are covered with carpet in order to provide a comfortable space for the visitor to do praying. Inside the main hall which shrine is located is so crowded. So, people can sit in these courtyards with family members and enjoy praying and having spiritual moments.

Medical Service for the Visitors

The outpatient treatment center of the Imam Reza holy shrine is providing services to the visitors on the 24 hours basis. It is located in the “Shirazi” courtyard. This center has 5 medical bases inside the holy shrine campus. 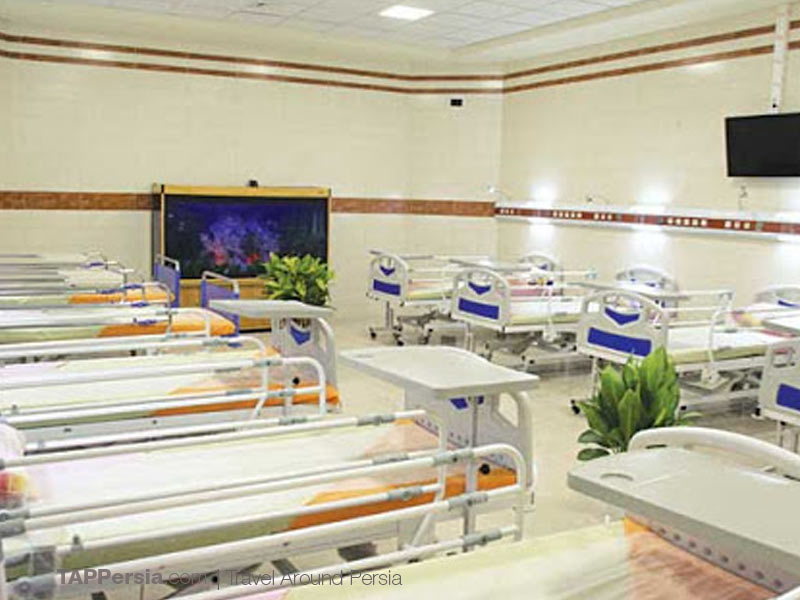 As visitors may spend a long time being in the holy shrine, some may need medical services. Different groups of people, including youngsters, old people, children come to visit the holy shrine. So, some may face some difficulty and needs help.

This center provides daily food for the holy shrine servants and workers. There is also a program for visitors to enjoy free meals in this center. As this place is considered a holy place, everything which is related to Imam Reza is considered so blessed. People are so eager to have a meal in this guest house. Sometimes they take this meal home and give it to people who are sick. They believe that it has healing power and call this food ”Motabarrek. 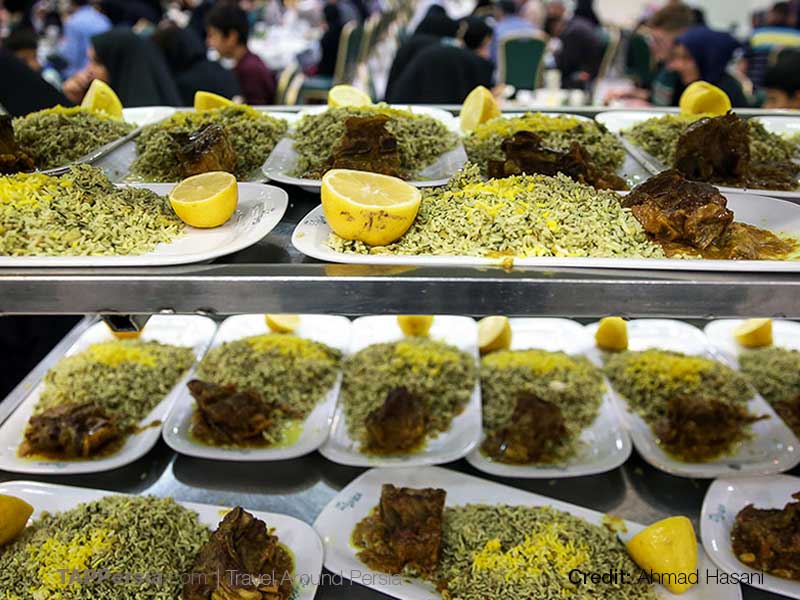 There is an online application for the people who like to eat one meal in this guest house. It is called “Saman-e Rezwan”. One needs to go to the mehmansara.razavi.ir and install this application. Enter the mobile number and wait for the daily selection program that can be announced for the daily meal.

The University of Islamic Religious Sciences of Imam Reza

This university is one of the universities in the field of Islamic and Humanities sciences. There are majors in the bachelor, master and Ph.D. studies. Students study religious subjects besides the main subjects. This university has no dependence on the government, and studying is free of charge.

There is special attention to the non-Iranian student at this university in order to expand the Shia-Islamic studies to other nations through this channel. Students from different countries studied in this institute. They include China, Busoni and Herzegovina, Pakistan, Bahrain, Saudi Arabia, Uganda, Afghanistan, Azerbaijan, Tajikistan, Syria, and some other countries.

“Quran Museum” is one of the richest museums in the world. There is an old handwritten Quran in this museum. Another one is the museum which is related to the gifts and presents given to this collection. They are gifted by great scholars inside the country or outside countries. The third option in this list comes, the history of the holy shrine museum. This one gives you enough information on the changes of the Mashhad city and holy shrine itself. The fourth one in this group is the specialized carpet Museum which demonstrates the old, hand- made carpets. The Museum of Anthology is the next option you have. 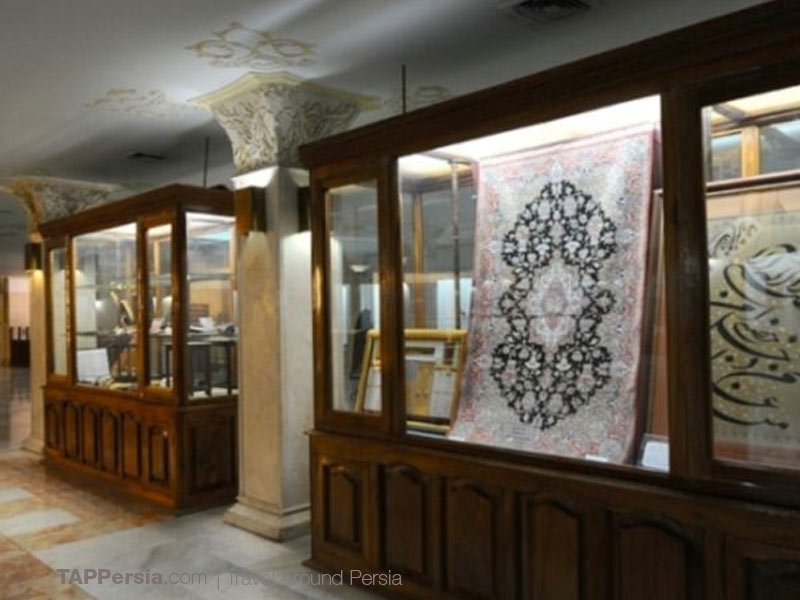 Besides the main tomb which refers to Imam Reza, there are some other notable burials around the main campus. They are the tombs of great scholars in which people visit them as well.

One of these refers to “Sheikh Mohammad Aref Abbasi” who is known as “Pir- e- Palandooz”. He was one of the great mystics and scholars of his time. His tomb is located in the Northeast of the holy shrine. “Sheikh- e- Tabarsi” is the next person on this list. His name is “Abu-Ali Fazlebn-e Hasan-e Tabarsi” who is known as “Sheikh Tabarsi”. His tomb is located in the North area of the holy shrine.

“Sheikh-al-Mohaddesin -Muhammad- ibn-e Hasan” who is known as “Sheikh- e- Hor- e- Amoly” is another Shia scholar. He is the author of the famous book “Wasaello – Shia”. His tomb is located in Northeast of the “Enghelab” courtyard. The last scholar in this list is “Sheikh Bahaudin Muhmaad Amoly” who is known as ”Sheikh Bahaee”. His tomb is located in the north part of the “Imam Khomeini” courtyard.

The Most Crowded Time of the Year

The holy shrine is always a crowd. One cannot find this place empty of Imam Reza lovers. But there are some occasions which are too much crowded.

The New Year holidays which is called as “Nowrooz” is one of the times when people all over the country come to visit the holy shrine. They love to be present at the delivery moment of the New Year. They like to start the New Year by receiving a blessing from Imam Reza. They wish the best things to happen for the upcoming year. They believe that if they ask anything from Imam Reza, it will absolutely be fulfilled.

Another religious occasion is “Muharram Month”. It is the month when “Imam Hussain” the third Shia leader has been martyred by the opponent. So, people come to the holy shrine and mourn on this day. In a general view, this place has so much crowed on religious events. 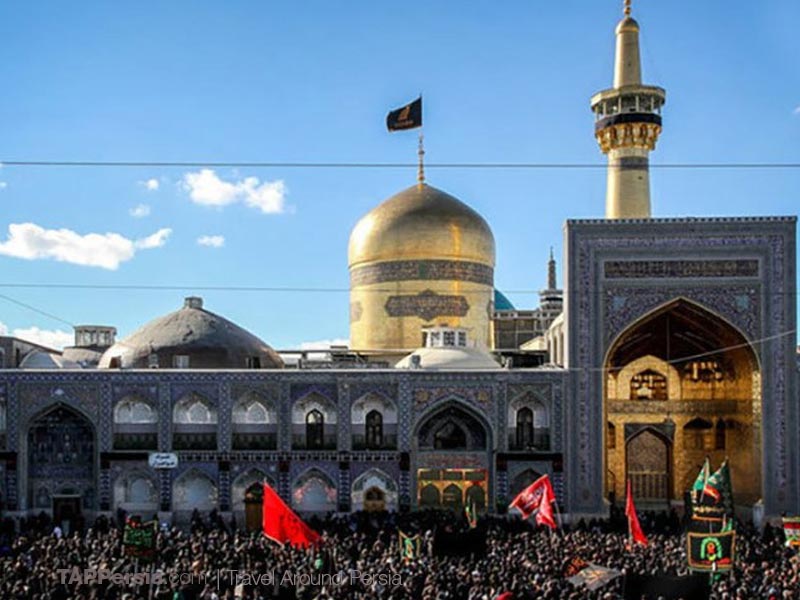 The summer season is also the crowd time of the year. During this time schools and universities are closed.  So, families get free time to travel and visit different destinations. On a daily basis, times of praying is also crowded ones. Shia- Muslim prays three times a day. They include early morning, noon and evening praying.