The Guilan Rural Heritage Museum is a small but accurate depiction of the lifestyles, cultures and traditions of the rural areas of Gilan. The idea of opening such a museum began with the Rudbar  earthquake (a city in Gilan Province, northern Iran). The Rudbar earthquake occurred on June 21, 1990 in which a somewhere between 30,000-50,000 people lost their lives. At the time, 700 villages were completely destroyed and more than 300 villages, mostly in Gilan Province, were critically damaged.

Dr. Mahmud Taleghani, the founder of the museum, was assigned to study the economic, social and cultural effects of the earthquake. Later on, he came up with the idea of opening the Gilan Rural Heritage Museum to preserve everything about life in the rural areas of Gilan. It took him more than a decade to open the museum. Under the support of UNESCO, Saravan Forest Park was chosen as the location of the museum. Saravan Park is situated 18 kilometers away from Rasht (the capital city of Gilan Province) in Khalije-e Fars highway.

The museum has 9 sections. Each section presents a village with its own unique culture and architectural style. Gilan Rural Heritage Museum is the biggest eco-museum of the middle east and is the first of its kind in Iran. In this museum, you can see details about the lifestyle, work, housing, souvenirs, local foods and everything else you need to know about life in the rural areas of northern Iran. Due to the massive size of the museum (2,600 sq.km) it could take many hours to visit the entire collection. 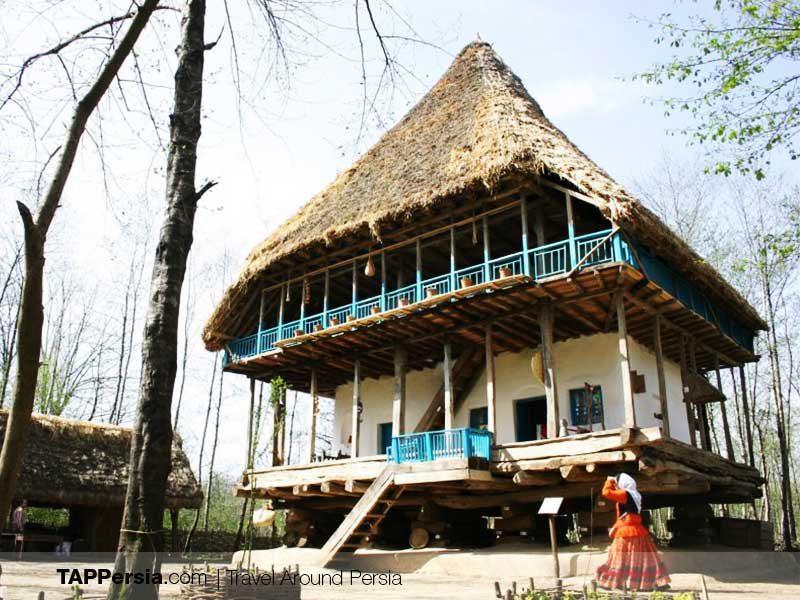