Ferdowsi, “Who is Most Shrewd and Honest in Iran?”

“Sahname is nothing more than Rostam’s biography,” Sultan Mahmud said “while there are thousands knights like Rostam serving in my army.”

“God has never created and will never create a hero like Rostam.” Ferdowsi answered and left the court.

After a while Sultan Mahmud said that, “But he accused me of lying and I didn’t understand.” So he ordered to murder Ferdowsi. However, Ferdowsi could escape. 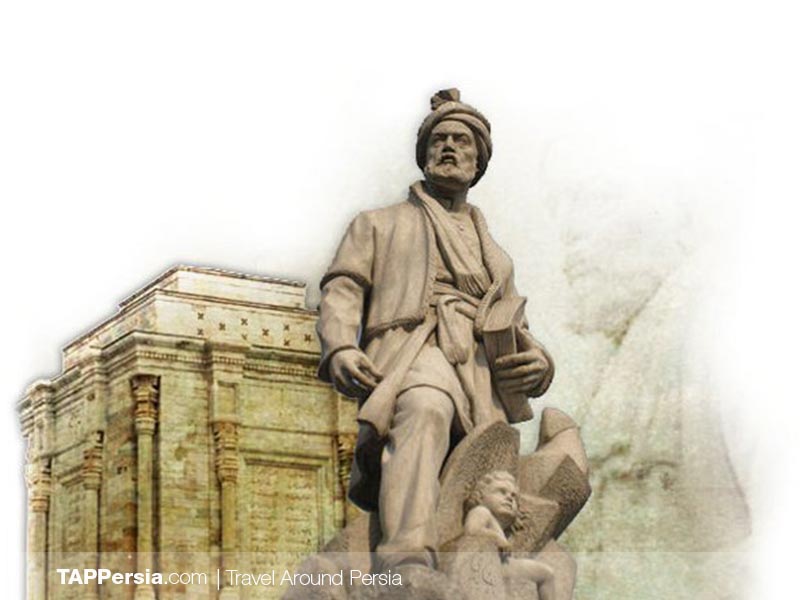 After years, when Sultan Mahmud attacked India and besieged a castle there, he sent a messenger to the castle and told his minister that he did not know what answer he would receive. So, his minister cited a couplet of Shahname in answer.

The sultan asked the poet’s name and they answered it belonged to Ferdowsi. Sultan Mahmud regretted his inappropriate behavior and promised to compensate.

When the war finished, Sultan sent 60 thousands dinars to Ferdowsi in order to appease him. But when the caravan entered the city where Ferdowsi lived, people were bringing out his corpse. Ferdowsi’s daughter also rejected the gift and the caravan went back.

Ferdowsi was a truly Iranian figure. The composer of the longest epic in the world suffered from many inhumanities because of being a sincere Iranian and a lover of his homeland.

Shahname is the real preserver of national traditions and Iranian ethnics’ identity. Iranians would have lost a great number of their positive cultural features if Shahname had been lost in the mists of time. Ferdowsi embodied the Islamic and Iranian cultural confrontation in the best way.

Shahname is a detailed epic consisted of 60 thousands couplets. It contains three periods called mythical, heroic, and historical periods. Ferdowsi established a high palace on the old remaining resources that neither storms nor thunders can damage it – as he himself indicated. 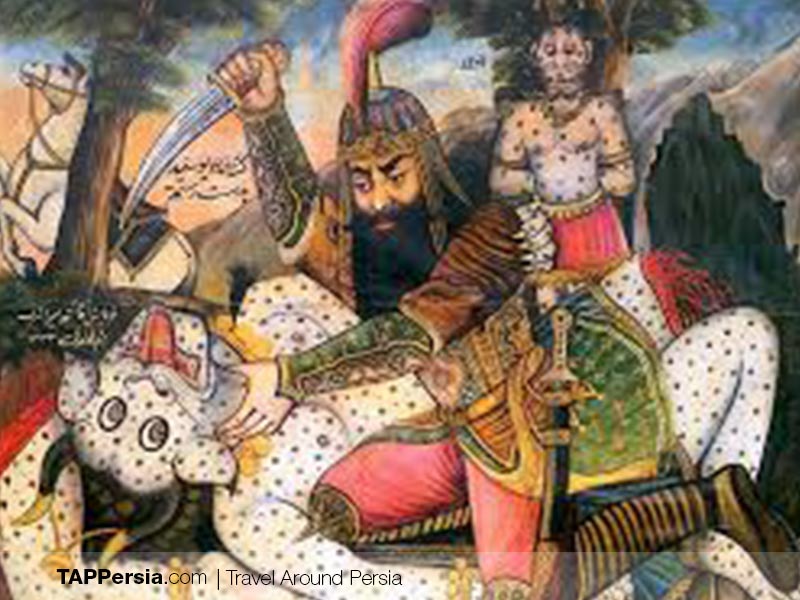 The language of the mythical tales is filled with symbols and mystery; therefore, neglecting the mysterious meanings of the myths can reduce their glory and richness.

Shahname is a narration of conflicts between virtue and vice and heroes are the eternal fighters of the conflict. The war between Kave and Zohak, the revenge of Manuchehr form Salam and Tour, Siavash murder by Soudabe’s conspiracy, and … are the embodiments of this conflict.

Ferdowsi is always defending virtue against vice and cruelty. Iran, the land of freedom, is constantly under the attacks of its neighbors. The beauty of Iran exposes the country to different kinds of tragedies. That’s why the heroes always defend the existence of Iran and Iranian deep values.

Some of the heroes of Shahname are the paragons of humanity who spend their lives defending human beings; for example, Heroes such as Fareydoun, Siavash, KeyKhosrow, Rostam, and Tous. 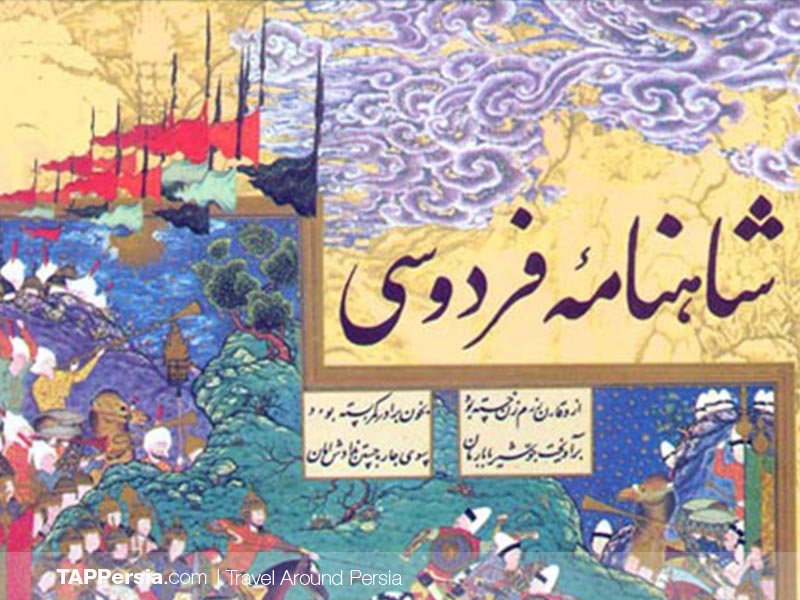 Imagery plays an important role in Persian poetry. The poet takes the readers to the heart of the events context by illustrating the story adventures; as if the reader is watching the story on a silver screen.

Imagery and imagination is very powerful in Shahname so that most of the natural depictions such as sunsets and sunrises, days and nights, and … contain a kind of heroic form and image. For example, consider the following poem:

Much have I labored, much read o’er
Of Arabic and Persian lore,
Collecting tales unknown and known;
Now two and sixty years are flown.
Regret, and deeper woe of sin,
‘Tis all that youth has ended in,
And I with mournful thoughts rehearse
Bu Tahir Khusrawani’s verse:
“I mind me of my youth and sigh,
Alas for youth, for youth gone by!”

(Translated by R. A. Nicholson)

One of the main features of Ferdowsi’s poetry is music. Selecting a symmetrical rhythm, in which the use of long syllabuses is fewer than short syllabuses, has augmented the music of Shahname.

I turn to right and left, in all the earth
I see no signs of justice, sense or worth:
A man does evil deeds, and all his days
Are filled with luck and universal praise;
Another’s good in all he does – he dies
A wretched, broken man whom all despise.

The theme of this epic masterpiece consists of Old Iran history, form the beginning of Iranian civilization to oversetting of Sassanid dynasty by Arabs. It can be divided into three periods – as I mentioned in the above lines: mythical, heroic, and historical periods.

The period is from Keyoumarth’s age until Fareydoun’s emergence. In this period, kings such as Keyoumarth, Houshang, Tahmoureth, and Jamshid are depicted.

In the mythical period, Iranian civilization formed, fire was discovered, iron was separated from stone, and agriculture began.

All of the wars in the period were civil wars; war against dragons was the main problem of the mythical period. Zohak, the enemy of virtue and the symbol of vice, ascended the throne; however, after one thousand years, Fareydoun and Kaveye Ahangar defeated him and a new period began. 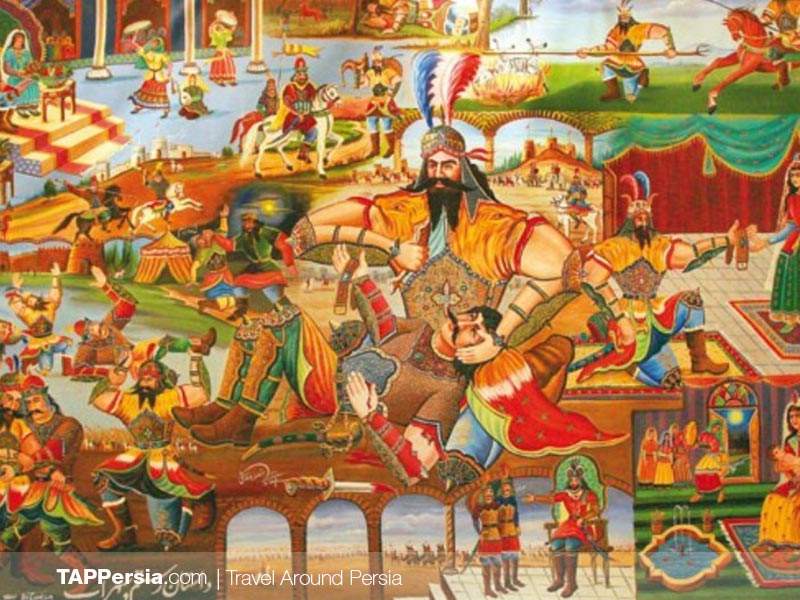 Fareydoun’s kingdom is the beginning of the heroic period. In this period, Iraj, Manouchehr, Nowthar, and Garshasb could ascend the throne respectively; and the wars between Iran and Touran began. Heroes such as Zal, Rostam, Goudarz, Tous, Bizhan, Sohrab, and the others all lived during the heroic period.

Siavash, Keykawus’ son, was murdered by Afrasiab and Rostam went to Touran in order to get his revenge; he finally came back successfully. Zoroaster, the Iranian prophet, appeared during the Gashtasb’s kingdom and Esfandiar was killed by Rostam.

After killing Esfandiar, Rostam was also murdered by his brother, Shoghad; the land of sistan was razed to the ground by Bahman, Esfandiar’s son; and the heroic period is over by the events.

The period began by Bahman’s emergence and then Homay, Darab, and Dara (Darab’s son) got into power. Alexander the Macedonian attacked Iran in this period and killed Dara, who is Darius III, and ascended the throne.

After Alexander, Parthian dynasty began, and then Sassanid kings ascended the throne; after a while Arabs attacked Iran and the Shahname is over by Iranian defeat.

In Ferdowsi’s biography you will read: Hakim Abolqasem’e Ferdowsi was born in “Tous,” where is located at the today Khorasan province, in 329 AH. He has been called Abolqaseme- Ferdowsi, but you can find the name Hasan in elder resources as well. 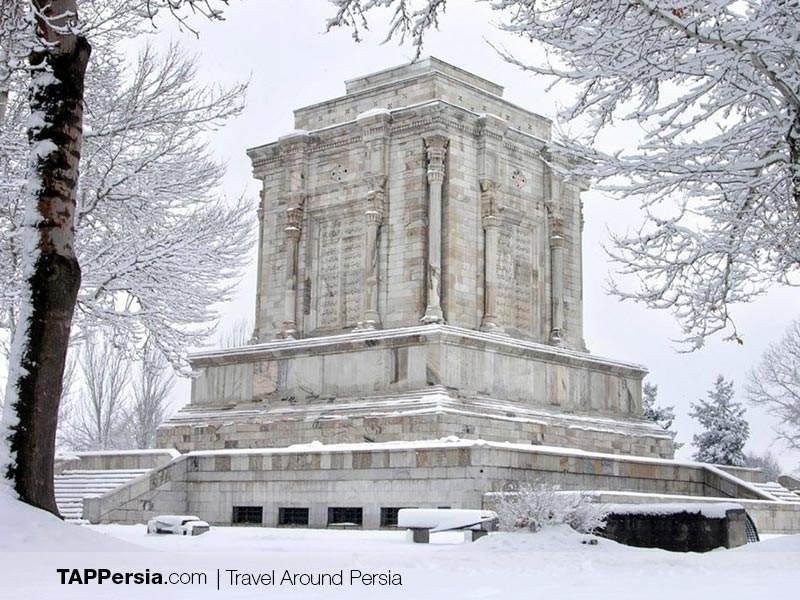 His father was a peasant from Tous who possessed a large wealth. He became interested in reading stories when he was studying. As you may know, peasant formed a social class that lived during the Sassanid period. They were the class of land-owners – poorer than aristocrats but wealthier than rustics.

They lived in palaces that they had built in their own lands. The peasants employed the rustic people to use their lands and cooperated with Sassanid and then Islamic governors in order to gather the lands’ taxes. They gradually extinct and couldn’t survive in different historical chaos and turbulences.

There is no authentic information about Ferdowsi’s childhood and adolescence. However, if we consider the language structure and historical-cultural texture of Shahname, we may recognize that Ferdowsi spent his adolescence reading and studying his ancestors’ works. We can also discover that he could read in Arabic and Pahlavi as well. 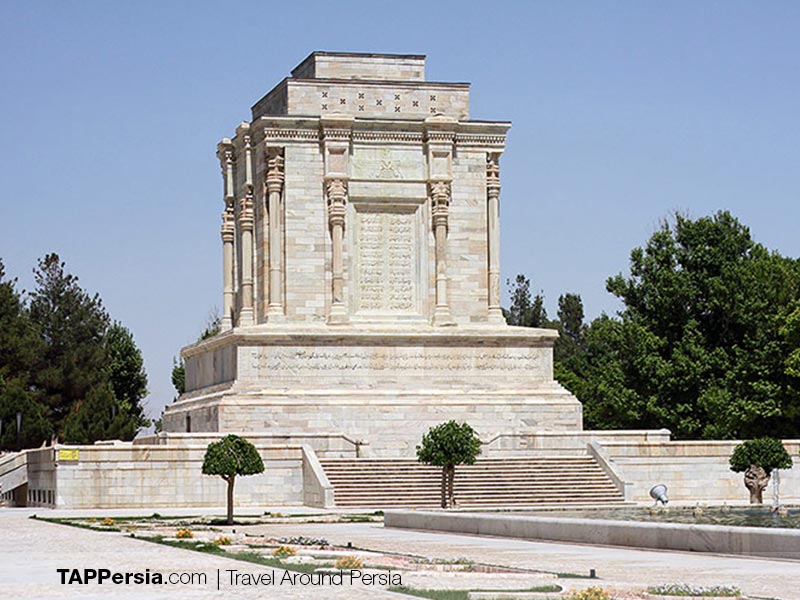 Ferdowsi lived during Samanid dynasty and Samanid kings were real poetry-lovers. We can say that Ferdowsi composed some poems during his early youth age. It is considered that some stories of Shahname such as Bizhan o Manije, Rostam o Esfandiar, Rostam o Sohrab, dragon Ecvan, and siavash story were written during his youth.

Ferdowsi spent his life composing Shahname. He encountered too many difficulties in his life for defending Iranian people culture and traditions. He finally rested in peace in 416 AH.