Nowadays life is so busy in big cities and house life in Iran has changed as well. And in small cities, life has changed in some aspects compared to the old days. The apartment life has come into fashion and the old structure of the houses has changed as well. One of the factors which might impact the quality of life is related to the territory that one lives. Some people may live in a house and some others in an apartment. Iranian people mostly like to live in a house setting. Living in a house setting provides some advantages including having a relatively big space, enjoying family gatherings in the courtyard, dealing with only family members, and etc.

Living in an apartment building or in a house setting requires its culture and rules and can respond to people’s expectations in a different way. There are some reasons why people choose apartment life. Population increase, monetary concerns, and high- safeties are some of the reasons behind this choice. It is about 4 decades that apartment life has been in fashion in an Iranian city lifestyle. This article goes through the differences between house life and apartment life in Iran.

Tehran as the Symbol of Apartment Life in Iran

Apartment complexes, tall towers, skyscrapers are the common landscape in big cities all over the world, and Teheran as the capital city is no exception in this regard. The main reason, behind this, is the huge population which needs enough space to live. The population of Tehran is about 13 million people. 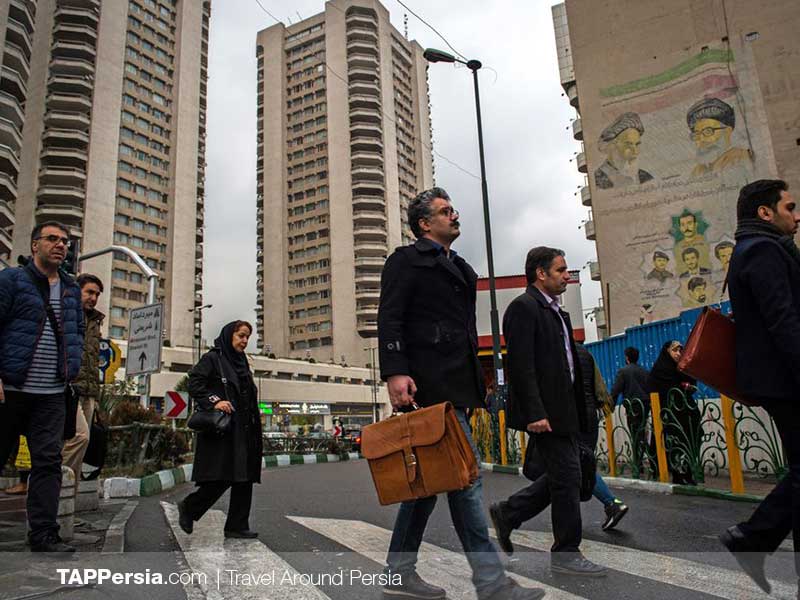 Tehran as the capital city provides so many opportunities including, social, economic, cultural, educational, and from a total point of view, livelihood chances. People from different parts of the country migrated to Tehran and it has become a too crowded city nowadays. Apartment life is one of the responses to this big population problem.

Talking about the structure of the old houses, in the best way we can say there is a big courtyard or a garden in outdoor space. There are dining rooms or reception rooms inside. Bedrooms are also available. In a general view, old houses have lots of rooms with windows that open to the yard campus. 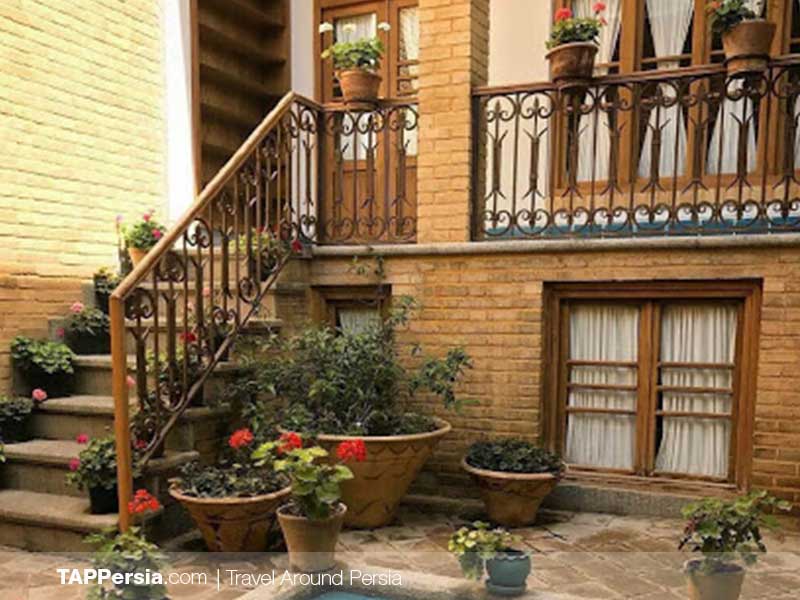 In the old-time, many families used to live in one house. Iranian people are very family-oriented. One can see such houses rarely, as modern life dominates the traditional lives in cities. Some of the old houses are preserved by the culture ministry. They become one of the interesting destinations for foreign visitors.

In big cities, there is modern life everywhere. Some of the modern houses which are constructed according to the new design have both qualities of old and new houses. These houses might not be as big as the old houses but they have a yard or Persian garden in the outdoor space. Other parts of the house are located in the internal design. 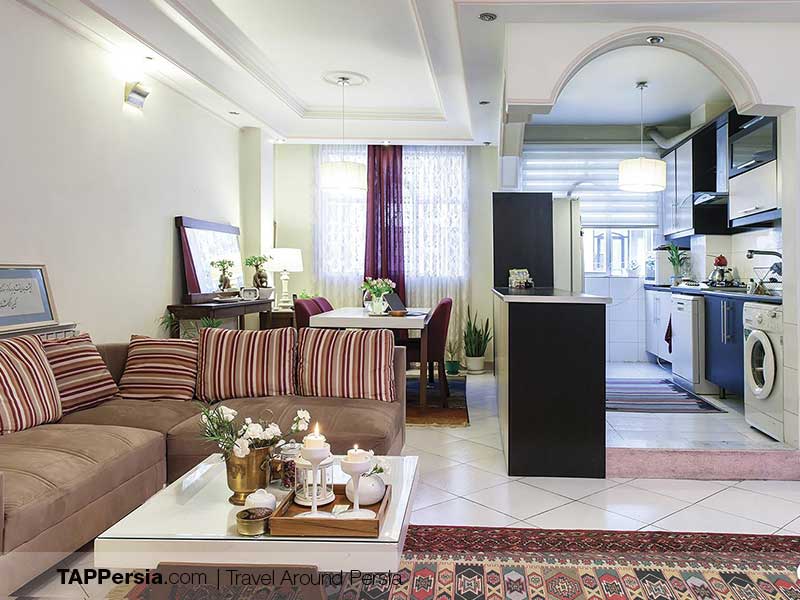 In apartment life, based on the cost and size of the apartment, the internal arrangement can be different. Various apartment complexes provide different services. Generally, in apartment design,  there is a dining room or the reception room. There are bedrooms as well. A kitchen might be attached to the dining room. The bathroom is available. A small backyard is also available as a window to the sunshine.

Children in the House Life in Iran

In a house life setting, as there is a yard or garden, children can play inside the courtyard. They can be in direct touch to nature and to the sun. Families provide bicycles to children. Kids have communication with neighbors and they play in the safe streets. But in a flat, as there is no separate courtyard for each family, consequently children are trapped in the inside spaces of the flat. They might go to the park nearby. But most of the time they will be staying inside the house.

Iran’s social and Islamic culture is recognized with lots of gatherings. Women cook different dishes for big gatherings. Religious events like ”Muharram rituals” is one of the activities in which religious families prepare ”Nazri”, a meal which is distributed to other people. Cultural events like the new year, which is called ”Nowruz”, is a time which people get together and enjoy cooking tasty dishes to welcome the new year.

This event can easily happen in the house lifestyle as there is courtyard space. People do such gatherings in apartment life as well. But they may face difficulty arranging for all the cooking programs in a small flat.

The difficulty for The Elders in Apartment life in Iran

Elders might have difficultly living in an apartment lifestyle. Due to apartments being multistory type, so going out to a nearby park or going out for daily needs and works can be difficult for them.

In a house setting, there is the possibility of having trees inside the courtyard. It can be a fruit tree or it can be an evergreen tree. Trees make cool shadows on the hot days of summer. Families can sit under a tree and have a nice family gathering drinking a cup of tea together. At nights  Iranian families tend to have their dinner in the yard and sleep in an open-air in the summertime. On the other hand, apartment life requires apartment plants. Iranian families decorate their back yard with apartment flowers. 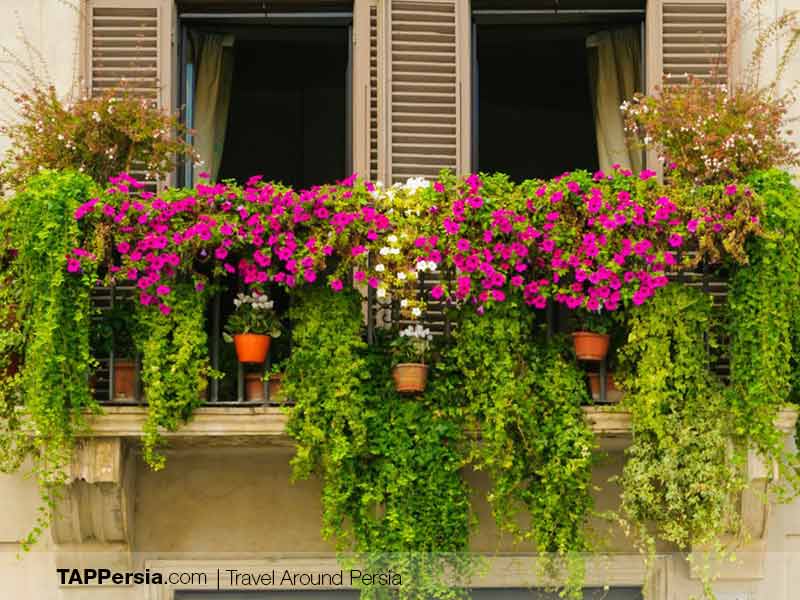 Persian Water Pond in the Courtyard

In most of the traditional old houses, there is a water pond in the center of the yard.  There might be some goldfish, moving in the blue water. The surface of the pond is painted with blue color and it reflects the color of beauty and life. The water pond is decorated with a vase of flowers. 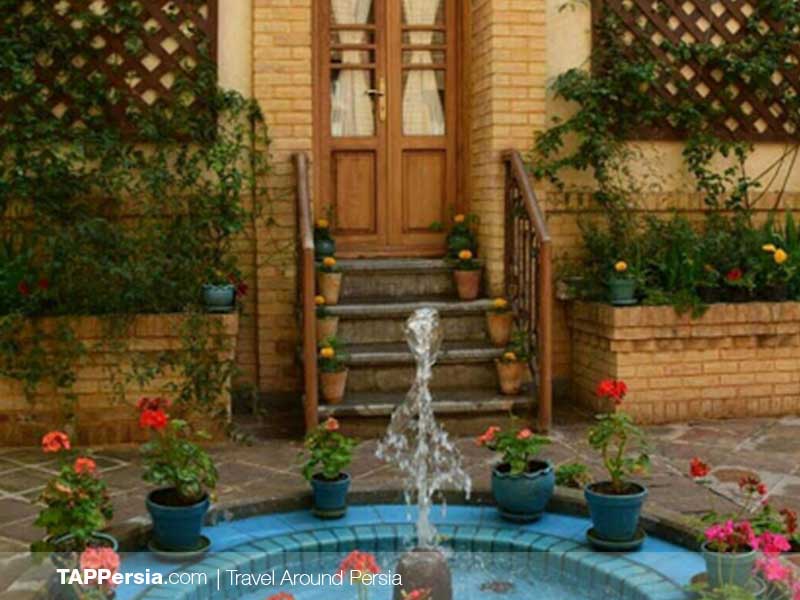 Following the Appropriate Attitudes and Behavior in Iranian Houses

In a house life, one needs to deal only with the family members and all the people that she/he knows well. However, in apartment life, people need to follow appropriate rules and cultures. The numbers of people who live in a 10-floor residence complex need to cope-up with each other on a daily basis.

Traditionally people in Iran like to live in the house style. In Tehran due to the mentioned reasons, people live in big apartments and tall towers. There are difficulties and challenges for such people. The reason is that people live in an apartment setting with the house life mindset. So, they behave in the same way as they are living in a private house. Many people are not happy and satisfied due to this problem. There should be educated about this issue and people need to learn how to live in a group of apartment communities. 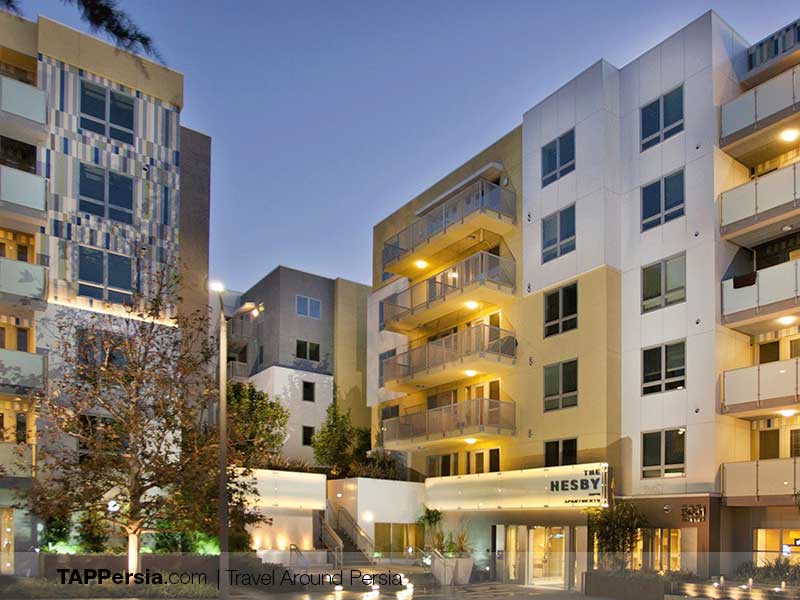