Ali Gholi Agha Hammam is a traditional bathhouse which is located in the historic district of Bid Abad in northern part of Isfahan city. Ali Gholi Agha who was a courtier of two Safavid kings, Soleyman and Sultan Husayn, was the creator of this place. He constructed the bathhouse, bazaar and mosque in the quarter with the same name in 1713 AD.

Bathhouses played an important role in Iran’s history. This Hammam was more than just a simple bath, it was also considered as a social hub and it was built in the center of the quarter where people could gather and talk about different issues. As this bathhouse was a great place for exchanging informations and important people spent a lot of time in it, the design and architecture of this bathhouse was as important as its practical role. Nowadays the use of hammam actually has faded and it has been turned into anthropology museum.

The architecture of this magnificent Hammam follows the Isfahani method. The bathhouse contains two main baths with a howz (little pool) in them. Each of these bathrooms consist of a Sarbineh (locker room) and a Garmkhane (a place for cleansing). The elegant decoration of the bathhouse was purposely designed in a way which the reflection of the lights from the tiles brightened the building. In 2004 the Hammam was renovated and began its role as a museum. 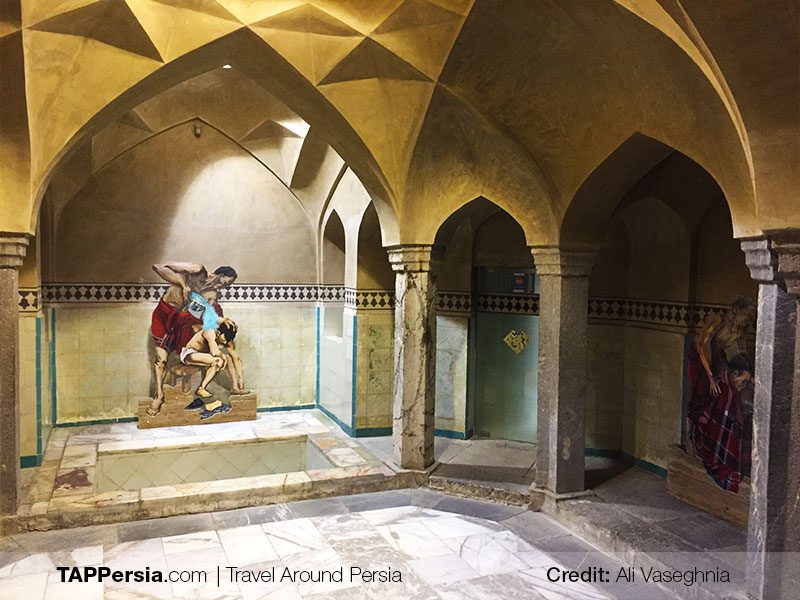 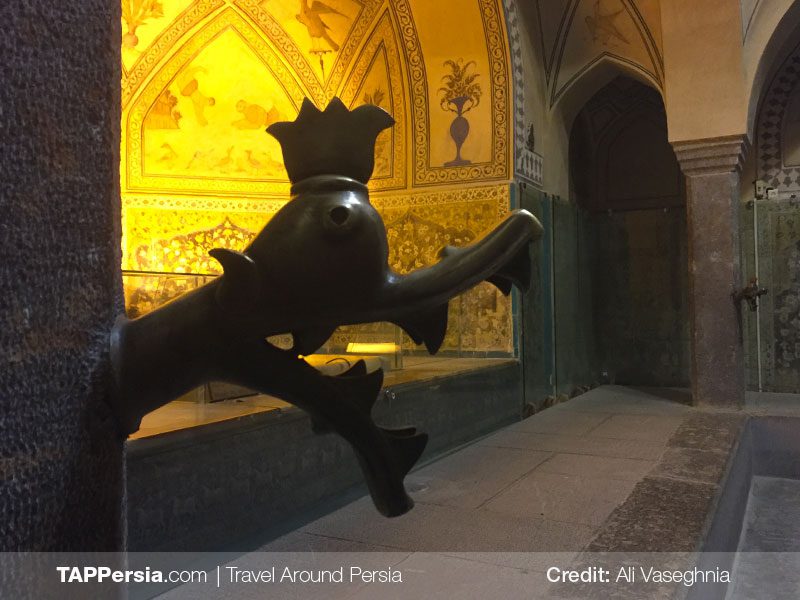 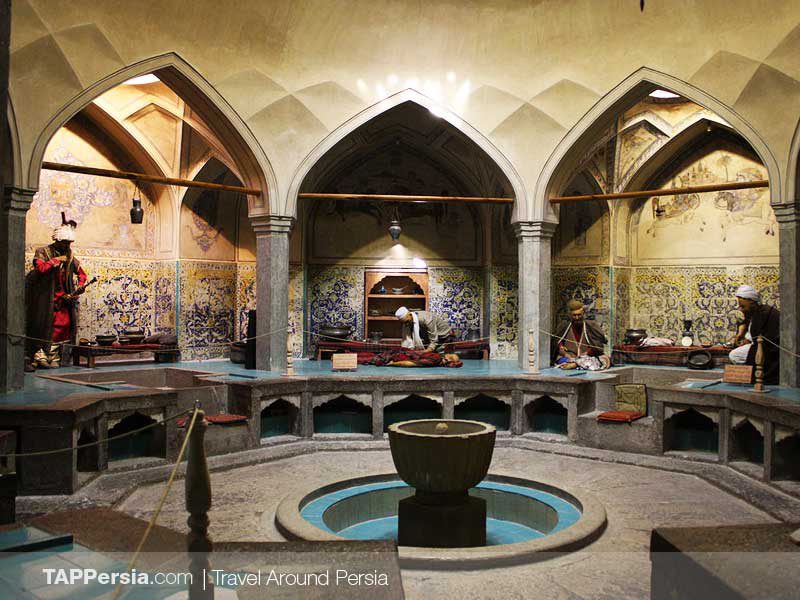