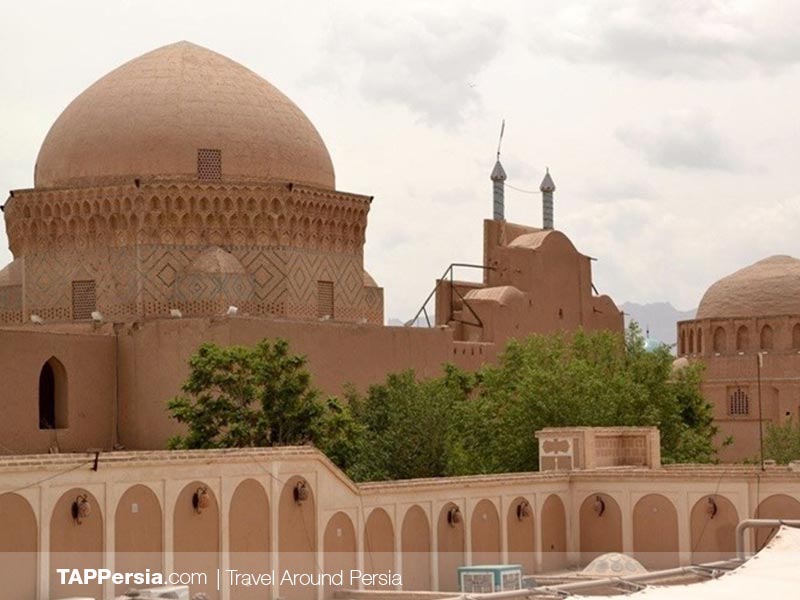 In Fahadan neighborhood of Yazd, you will meet an awesome building which immediately attracts your attention. The design of the building is really simple but, at the same time, unique and eye-catching. I can say that it is an epitome of the beauty of Iranian architects’ art indeed.

It seems that they did not use any tiling decorations in the building. In the other words, you are visiting a tourist attraction which is completely built by raw clay.

The architects used raw clay to construct the dome of the Alexander’s prison in Yazd; however, they had decorated it using blue and golden watercolor. Unfortunately, we have lost most of the watercolor in the mists of time and there remained a part of it on the white plastering of the dome. The dome consists of 4 high walls – the height of each of them is about 8.8 meters. 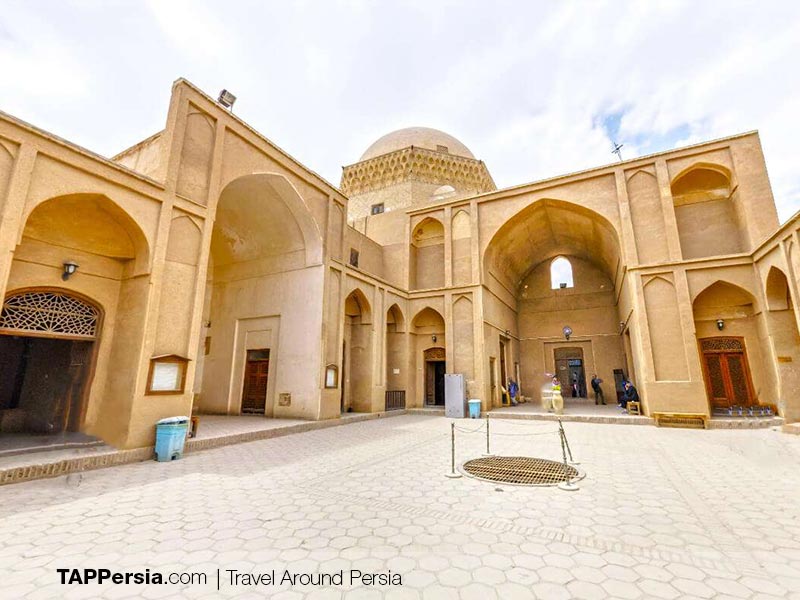 The Yard of Alexander’s Prison in Yazd

There are some porches in different positions around the yard. These are some roofed spaces which at least one side of them is closed. Therefore, the residents could protect themselves against seasonal rainfalls as well as hot sunlight of summers.

The porches located at the western part of the yard are more spacious and there is an altar made of plaster next to them. At the yard of the Alexander’s prison in Yazd, there are also four higher halls.

The Well and the Cellar

I can say that one of the wonders of the building is a well located at the middle of the mansion’s yard. There is a cellar at the end of the well which consists of 38 steps; that’s why experts estimate that the depth of the cellar is about 5 meters. There is also a small pool at the end of the cellar. It seems that the cellar and the pool had been used to secure the drinking water for the residents of Alexander’s prison in Yazd.

There is a hole in the well that makes different opinions about the building’s well possible; one of the opinions comes to explain it as the oubliette of the exiled prisoners. However, according to experts, the hole is due to collapsing part of the well during the time.

The Windbreak Room of the Alexander’s Prison in Yazd

So, you should not expect that there not be a windbreak at an awesome building such as the Alexander’s prison.

You will find a room at a corner of the yard of the Alexander’s prison in Yazd which is known as the windbreak room. Enter the room, stand exactly under the windbreak, and enjoy the breeze even during the hottest season of the year. 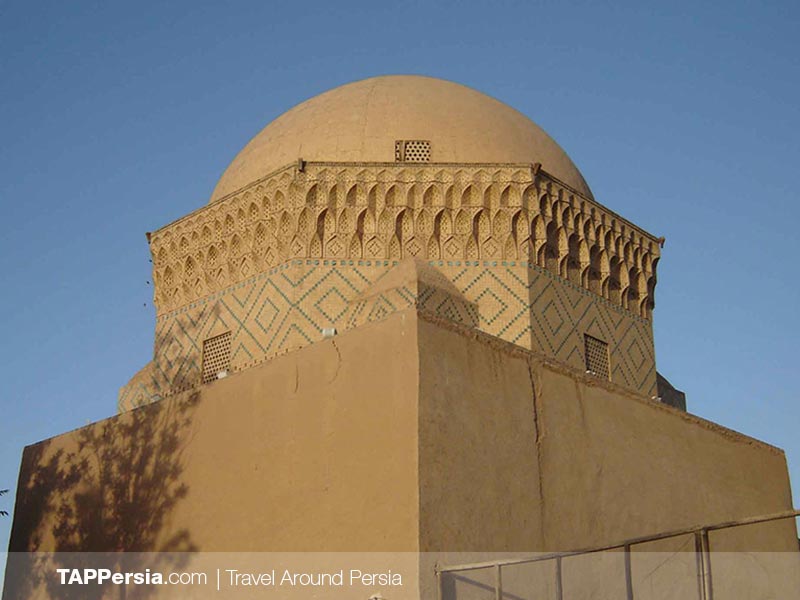 There is an historical building in the middle of the yard where workshops and stores are doing their jobs. In fact, the building is a fantastic and colorful place in which you will enjoy walking and watching different handicrafts. A lot of artists are working on their arts in different booths. Here, is the place to realize the fact that the art belongs only to Iranians.

There are different hotels situated in the neighborhood of Alexander’s prison in Yazd. For example, I can name the following hotels:

This is an historical building in the city; therefore, you can enjoy the modern facilities of the hotel as well as the pleasant experience of staying in a traditional environment. Hotel Fahadan is a three-star hotel. 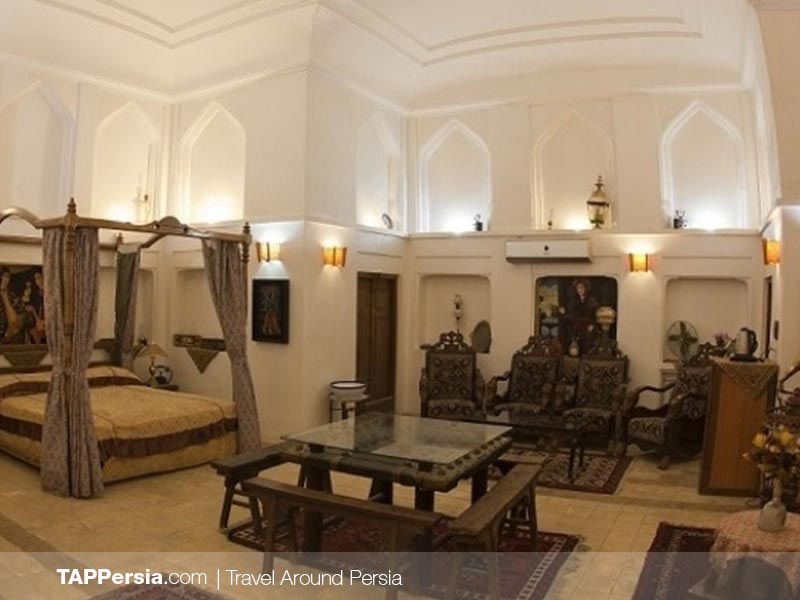 This hotel is also a memorial building of Qajar perios in the city. You can enjoy a traditional style of life in the hotel if you are tired of the noisy atmosphere of modern cities. 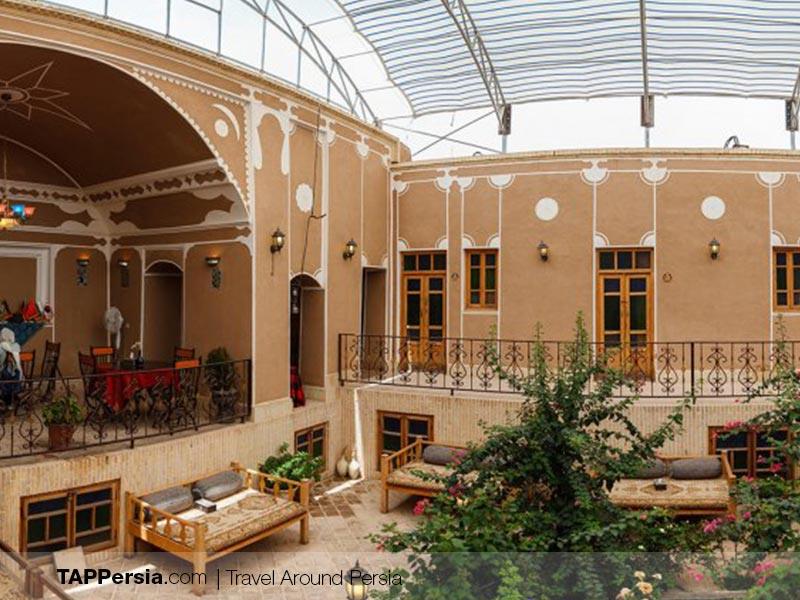 The building of the hotel is recorded by UNESCO as a global heritage. The hotel is divided into two parts: 1. Orkide, Niloofar, and Nastaran rooms are located at the small yard; 2. And the other rooms are in the big yard. 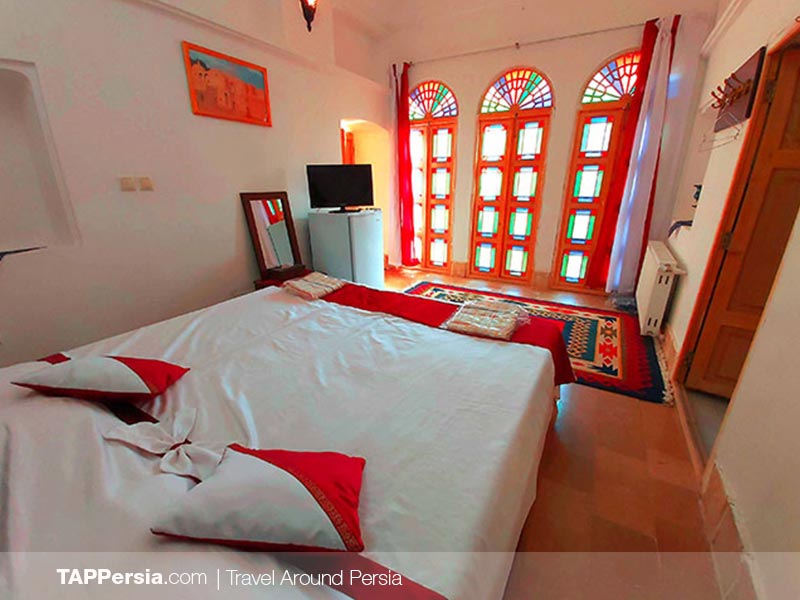 This hotel is also situated in the neighborhood of Alexander’s prison in Yazd. At first, the hotel was personal house, but it is, today, a two-star hotel that tourists can enjoy spending their nights there. 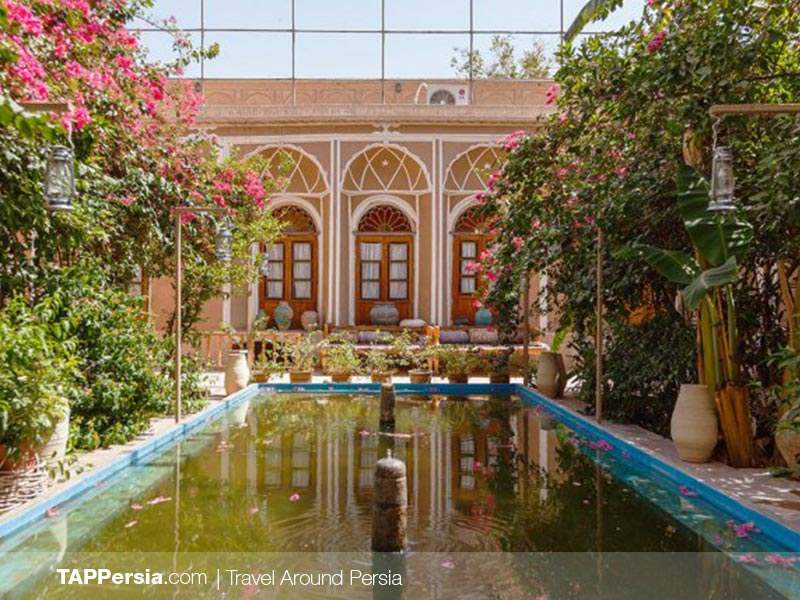 The History of Alexander’s Prison in Yazd

There are many stories about the building which make its history totally ambiguous. Which story is more reliable? It all depends on you! Here, I should mention the point that based on the different stories, the prison has another name, Ziya’iye School.

Indeed, some experts believe that this is a school that has a rather long history – about 8 centuries. The school had been built at the behest of Ziya Al-Din Radi, the famous mystic of Yazd. However, the mystic’s sons, Majd Al-Din Hassan and Sharaf Al-Din Ali completed it.

Therefore, you will discover the history of science-loving in the city by visiting the Alexander’s Prison in Yazd. About 700 years ago, the building consisted of a high entrance, two high minarets, and a garden; the library and bathhouse, of course, were at the other side of the building.

The Story of Alexander Prison 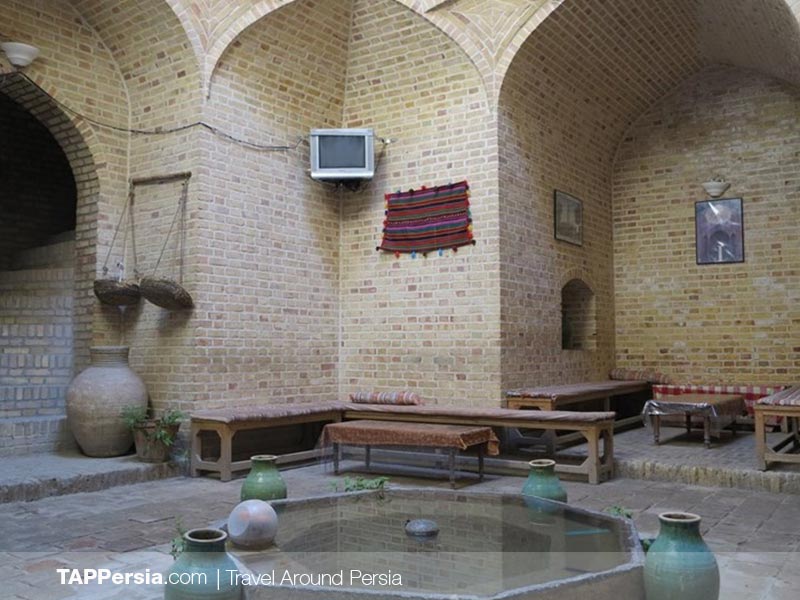 Local people believe that the name is a result of the arrival of a group of Alexander’s exiled prisoners to Yazd. I should also indicate that some other facts such as climatic features and the location of the city had turned Yazd into one of the most crowded cities in the region.

In any case, the building shows the place of the people of Yazd in Iran for educating their sons. the building, in fact, has been a school for centuries, where people used it as an educational center.