The 300-hectare Sa’dabad Complex built by the Qajar and Pahlavi monarchs, is located in the Toochal foothills, in lively and lush green valley of Darband, with clean and pleasant weather, in other words, it is in the most attractive and most beautiful place in Tehran. The complex includes more than 180 hectares of natural forest, streets, qanats, galleries, and museums. 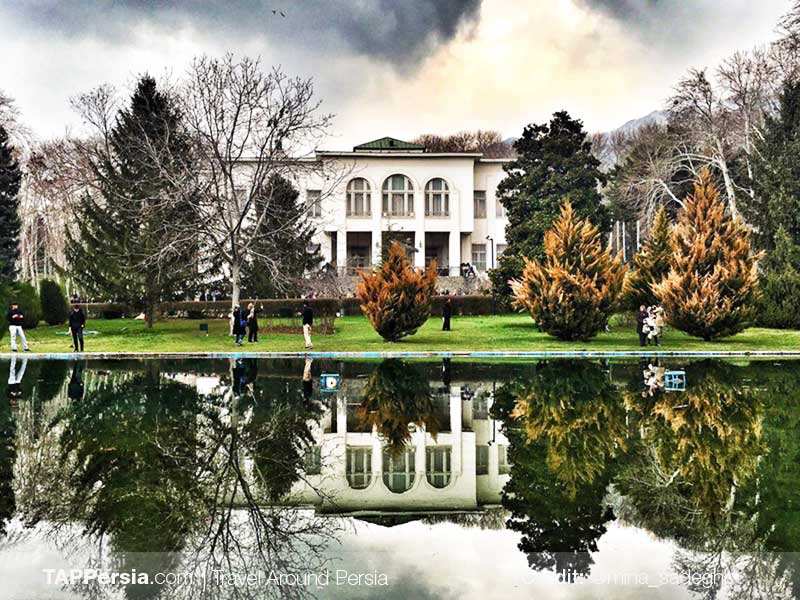 18 large and small palaces, museums, various greenhouses, various pools, springs, tennis courts, a bowling alley, movie theater, an outdoor amphitheater are some of the places in this complex. Museums such as Omidvar Brothers museum, Water (Aab) Museum, Farshchian Museum, Museum of the Royal Automobiles, all, are a large collection in Sa’dabad complex.

Sa’dabad Complex, has elapsed four eras; Qajar, the first and the second Pahlavi eras and the last one, after the Iranian revolution.  Numerous monuments and buildings which are 18 different palaces were built after the coup of 1299 (Persian Calendar) and its capture by the Pahlavi dynasty. Each of the buildings has been the location of one of the Pahlavi dynasty. Mohammad Reza Pahlavi in ​​the 1350s settled in this place. The oldest palace of the series was the Ahmad Shahi Palace, in the early days of his reign, building it ended. The Latest House in this collection is the palace that belonged to, Reza Pahlavi’s youngest daughter, Leila Pahlavi.

This collection has been a museum since the revolution in 1979. Today, the official residence of the President of Iran is located adjacent to the complex. The Queen Mother’s palace belongs to the presidential organ and is used for the reception of foreign guests.