Due to the hot and harsh weather Iranian people don’t spend much of their day time outside. But when the evening comes, the sun starts to set and the temperature drops, they all suddenly come out, filling up the streets, the squares and mostly the parks!

Because there are no bars, clubs or many places to socialise, Iranians tend to spend their evenings outside in public spaces, enjoying each other company and doing what they love the most: going for Pic nics. Iranians can pic nic where ever they can find a piece of land and a green space, I’ve even seen people having pic nic on roundabouts, but mostly they go to the parks; and Isfahan is definitely the best place for such activity, due to its huge amount of green spaces and parks.

A local’s favourite spot in Isfahan is Sofeh Mountain Park, from which you can see the entire city lightened up at night. Pic nics are taken very seriously in Iran and people are extremely organised. Some people prepare the food at home and then bring it to the park while others bring almost their entire kitchen with them: portable bbqs, pans, plates, gas and kettles. Bbqs are a must among them and people spend hours grilling meat, vegetables and even fish.

The meal normally starts with huge amounts of delicious and fresh fruits such as plums, peaches and cherries, all accompanied by several cups of tea. After the initial snacks, a very very long plastic table cloth is laied out on the blankets and the rest of the food start to be distributed around. People take out from their baskets, several numbers of different containers full of delicious dishes, it almost looks like their baskets contain an infinite amount of food that never ends!

From salads, to sandwiches, to home made dishes and grilled meat the choice is wide, everyone brings his/her own food and they share it all together. You can see really big groups of people having lots of food, fun and spending time together. It almost reminded me about our Christmas lunch in Europe where you have a very long table full of food and all your extended family sit around it, but instead you are sitting on the grass in a park and it’s Summer.
After the meal, they pack everything really really quickly leaving no trace of anythings that were on the table. You will quickly notice that not only people have an infinite amount of food in their baskets but they also hide inside their baskets, music instruments such as Tonbak (goblet drum) or percussions.
And that’s when the real party starts!

Contrary to what we are used in Europe in Iran women play instruments and the men are the ones that dance. Since, unfortunately, here women cannot dance in public, they normally sit and play the instruments and make fun of their husbands while they stand in the middle of the circle dancing in a ridiculous way! They can go on for hours, singing, dancing, enjoying each other’s company and laughing a lot! And when they get tired, they sit down start chatting, drink more tea and sometimes smoke the shisha. Going for a pic nic is definitely an experience you cannot miss while in Iran. It will show you the real face of Iranian society, their craziness, kindness and also how their lives are very much similar to ours! 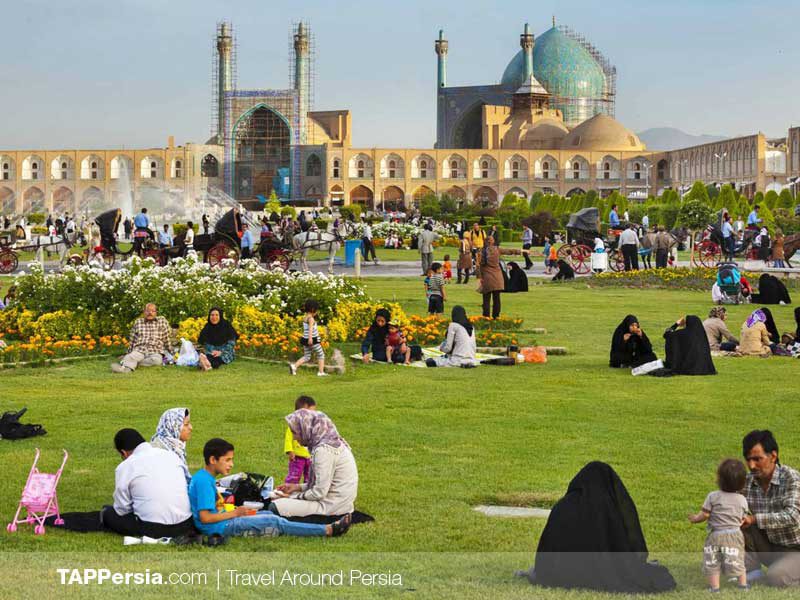 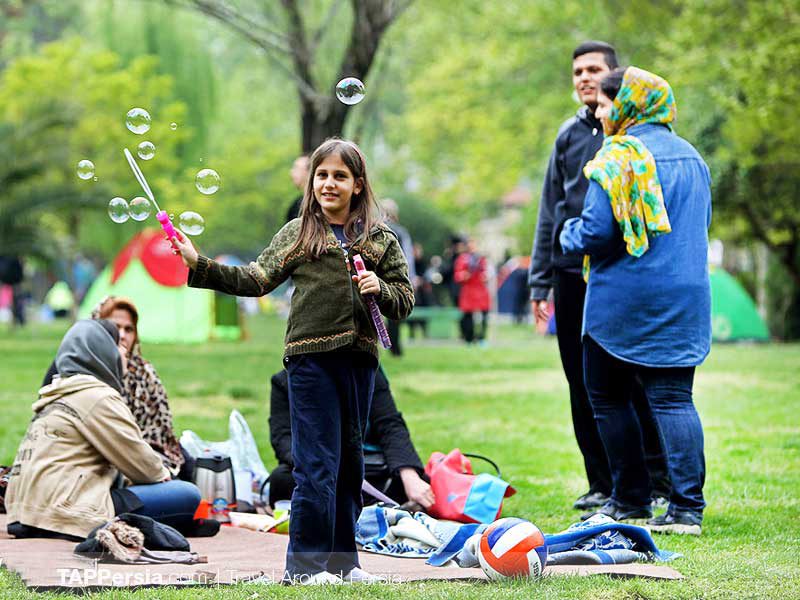 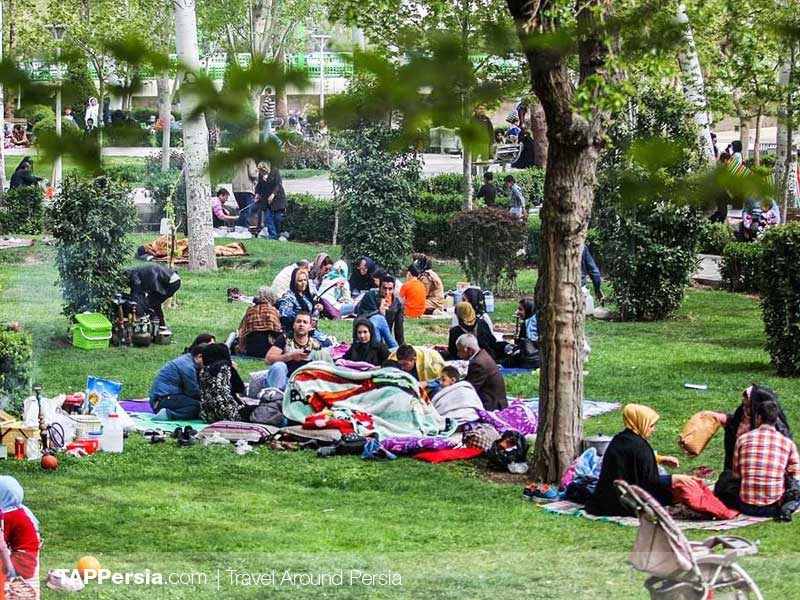 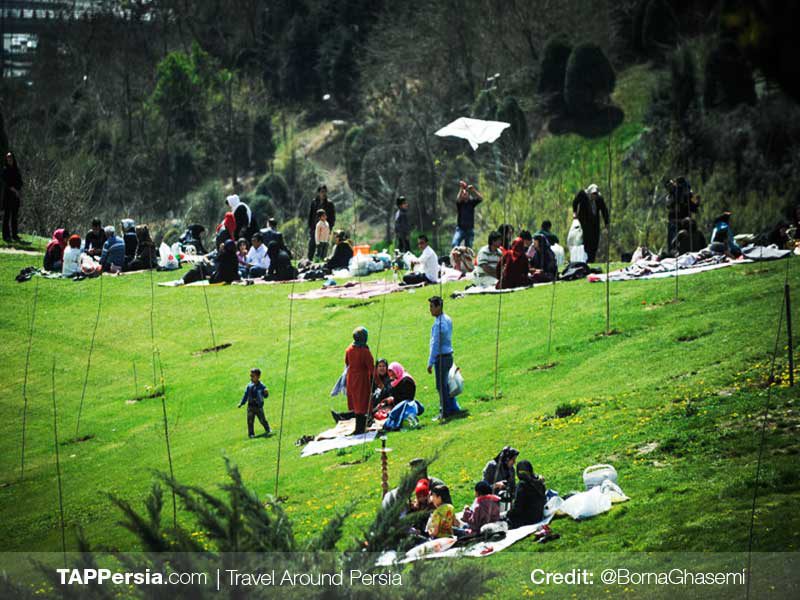