Mohtasham garden, also known as the City Park, is the oldest park of Rasht. It is located in Hafez Street, next to the beautiful Gohar river, and dates back to Qajar era (1794-1925). In 1960, the government repossessed the garden from its owner due to unpaid taxes, and transformed it into a public park. The garden used to be outside of the city but, due to recent city expansions, is now located within the actual city. The current park is a fraction of its former size due to the many pieces that were cleared and converted for roads, buildings and other public developments.

In the Southern side of the park, you can find the Kolah Farangi Mansion. Kolah Farangi Mansion was also built during the Qajar era. It has 4 floors, although looking from outside, the building seems to only have about 3 floors. Kolah Farangi was used as a summer residence for the rulers of the city of Rasht, before the conversion of Mohtasham garden into a public park. Nowadays, Kolah Farangi acts as the center for the preservation and instruction of the local arts of Gilan province . 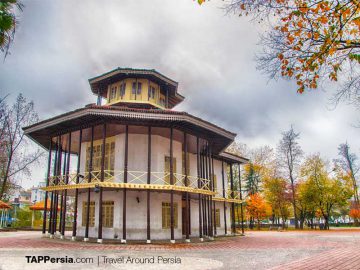 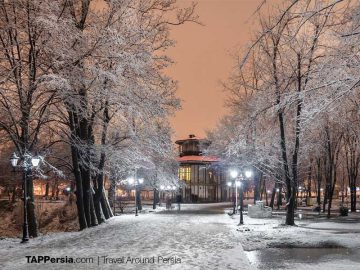