Iran started the year with several rocky events. There were protests about rising fuel prices, a US drone strike on a major Iranian General, and the crash of a Ukranian passenger flight.

Understandably, travelers are concerned about their safety and are asking whether they should still travel to Iran. Considering the state of the Iranian economy, the country is doing everything it can to reassure travelers about their upcoming travel plans.

We’re here to tell you everything you should know about traveling to Iran in 2020.

What happened in the beginning of 2020?

When fuel prices rose thrice, probably due to sanctions, people were shocked and some protests happened in Iran. After some time, everything got back to normal. The major concern started a month later, when General Qasem Soleimani, Iran’s top military commander was assassinated in Baghdad on January 3rd.

When Iran threatened to retaliate, US President Donald Trump threatened to target 52 targets in Iran, including over a dozen historical and cultural attractions (video). As a retaliation to the death of the top Iranian general, Iran shot two U.S military bases in Iraq.

Unfortunately on the night of the attack, a tragic incident occurred. A Ukrainian flight crashed in what was justified as “human error”. This caused a lot of sadness in Iran, Ukraine, and Canada who were all somehow involved in this flight. Consequently, tourists who were planning to visit Iran started to worry about their aviation safety.

The Iranian government has cooperated with international authorities, issuing 11 visas to Canadian crash investigators and officials.

Regardless of the noise around these issues, Iranians haven’t let these terrible events impact their daily lives. They still continue to be as friendly and open as ever. Furthermore, flights, buses, and all other transport options are still operational.

Is it possible for me to help local Iranians? 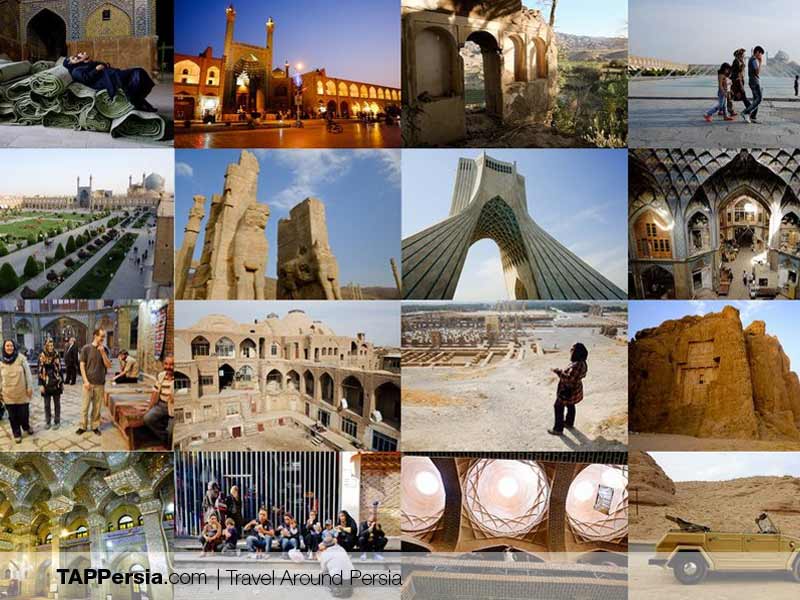 For the past decade, Iranians have been forced to make extremely difficult choices. The pressures of the sanctions intended to cripple the Iranian government have hit locals the most. Iranians have been forced to find alternative sources of Income. Thankfully, Iran’s local charms and cultural heritage has attracted millions from the world, helping bring much need revenue into local economy. People have done all they can to make the most of their most immediate resources.

Many local Iranians rely on the money tourists bring into the country to support their families.

The best way to support the local Iranian community is to take Iran tours organized and conducted by those very locals. When you purchase a local tour package, everyone from the driver and host to the guide, even neighboring restaurants, all earn a living. Because of Iran’s extremely devalued currency, the money you spend on a 14-day tour around Iran is enough to support over 40 families directly, and hundreds more indirectly.

Instead of choosing immemorable hotels, opt for traditional guesthouses and boutique accomodations. As you wonder through each city’s bazaars, you will undoubatly be faced with difficult shopping decisions. Support local vendors by signing up for a Tourist Debit Card, and all your purchases are as easy as the swipe of a card.

Is it safe to fly to Iran?

Here is the best indicator of weather you should get on flight: If the captain feels safe piloting the plane, then you can feel comfortable. Flying, even to Iran, is still one of the safest transportation options available. The global average of plane crashes is far less than 1 in a million. 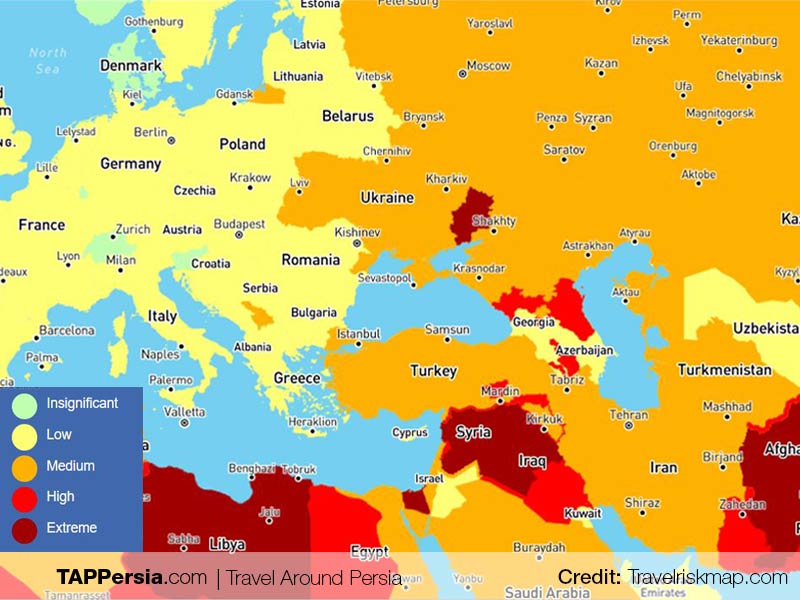 According to the 2020 Travel Risk Map, launched by global risk experts International SOS in collaboration with Control Risks, Iran is listed in the Medium Risk category, the same as popular destinations such as Turkey, Saudi Arabia & even some of Egypt. If you check the safety map in 2019, Iran was just as safe as Europe, with a Low Risk designation.

According to their website, this report uses a number of factors like political violence (including terrorism, insurgency, politically motivated unrest and war), social unrest (including sectarian, communal and ethnic violence) as well as violent and petty crime to determine the risk of traveling to every country in the world.

Other factors, such as the robustness of the transport infrastructure, the state of industrial relations, the effectiveness of the security and emergency services and the country’s susceptibility to natural disasters are also considered. You can check their website for more details on what every risk category is defined. It is worth mentioning that Iran has been on the list of “Low Risk” countries in 2019.

Traveling as a solo female in Iran

As you may have heard, Iranians are known for their unlimited hospitality. Everyone wants to make sure that you are happy and safe. So, traveling as a solo female in Iran is not just worrysome but exciting. Iran has always been a tourist-friendly country. You will see many people during the day who are eager to help you out with different things.

However, you shouldn’t trust any kind person.

While it is true that the Middle East is known for being a man-dominated region, in Iran, things are a bit different. Women’s presence in society, especially in bigger cities, is much more noticeable compared to the other middle eastern countries. We have a comprehensive article regarding the safety of Iran for solo female travelers. Iranian police are also quick to handle any harassment issues. 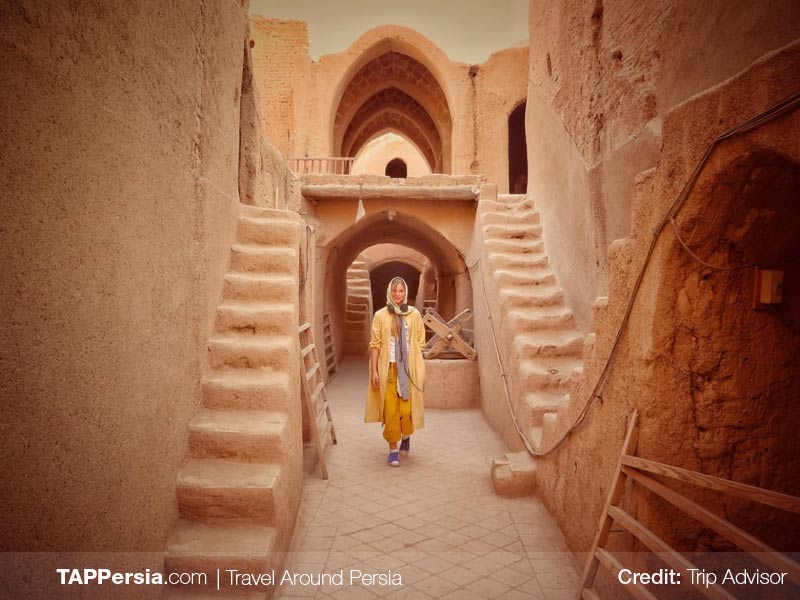 Things to avoid when in Iran

You may wonder as a traveler what you must have in mind before traveling to Iran in 2020. Apart from a political point of view, there are some hints that should be considered that if you stick to all the mentioned points below, you can be sure that there won’t be a problem and you are completely safe.

Nightlife in Iran – safe or unsafe?

While Iran may not have bars or clubs, Iranians in bigger cities do enjoy hanging out in public or private until well past midnight. If you are looking for a place to hang out, you can easily find activity in parks, city centers and major attractions.

Be ready to take off your shoes and sit down for a picnic in the park or have tea with a local in their home. Iranians are genuinely warm and will insist on your joining them for the night. While the vast majority of cases are harmless locals trying to connect, use your best judgment when accepting offers from strangers.

Emergency numbers you should know

Do you need a tour guide to be safe in Iran?

It is safe to visit Iran on your own,and you can find English signs and people are very warm and helpful. However, when an experienced tour guide accompanies you, the experience is completely different. Not only do you form a genuine human connection,  but you also get to experience each location like a true, everyday local.

Furthermore, you make the most of your time based on defined plan. It is best to checkout our tours and book one of them right now. So, you can sit back, relax and immerse yourself into a whole new world.

Should I get an Iran Visa in advance or can I get a Visa On Arrival (VOA)?

For many years, Iran was considered (and advertised) as an unwelcoming destination for travelers. As a program to attract more tourists to the country, citizens of more than 70 countries can now get a Visa on Arrival (VOA) in a number of ports of entry.

In addition to many countries who can travel to Iran without visa. The word is spreading every day on the internet and social media and people are sharing their experiences in Iran, most of which are overwhelmingly positive. For more information you can contact our operation team 24/7. 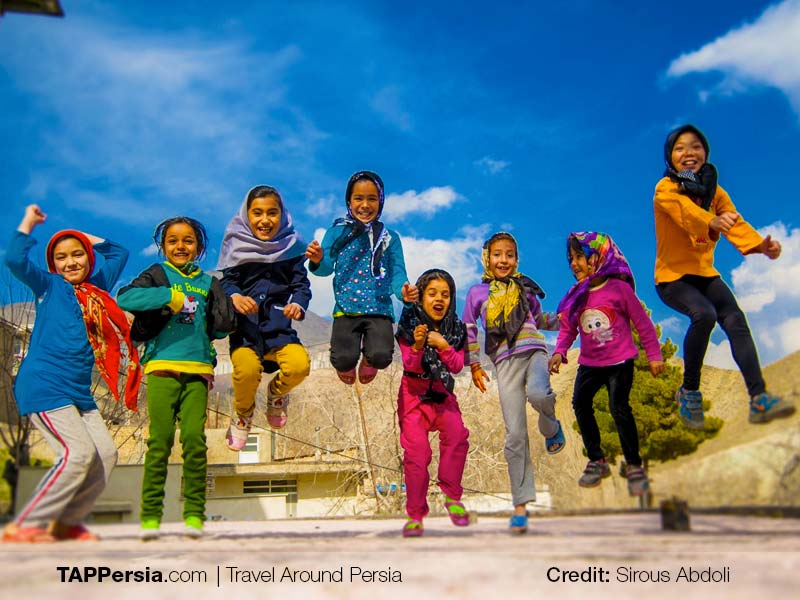 Iran is definitely one of the most misunderstood countries in the world.

For the same reason, many travelers are surprised to see how the country and its people are completely different from their expectations. Many frequent travelers find Iran safer than most other destinations. Almost every solo female traveler I have talked to has confirmed that they feel more comfortable walking alone at night in the cities of Iran compared to some European countries.

When you first visit Iran, one of the first things you might notice is the amount of attention locals give to you as a tourist. Most Iranians tend to show a lot of respect towards foreigners. It is very common to be invited for a cup of tea or even for a dinner at their home. In fact, making friends in Iran is definitely what will make your experience unique.

The scariest thing about Iran: The driving! 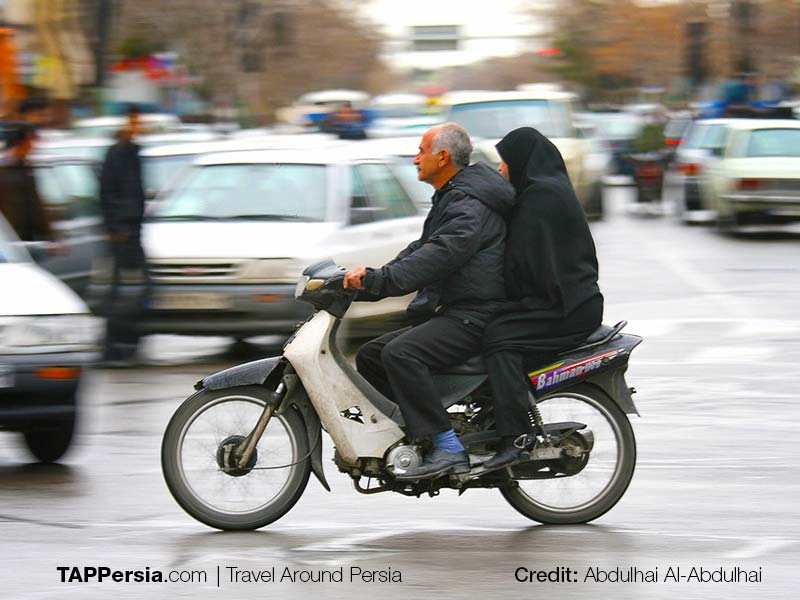 Maybe you’ve heard about it before: we Iranians are not good drivers (and we don’t seem to be sorry about it!).

If we take another look at the Travel Risk Map for road safety, we can see that Iran is unfortunately displayed as a “Very High Risk” destination when it comes to road safety. The major roads can be generally categorized as safe and well-maintained, but it is usually the careless drivers and the quality of most cars which make the roads unsafe. The good news is that bus drivers face a lot more strict rules and are usually more careful with their driving.

If a taxi driver is going too fast, try to ask them to slow down, this will hopefully work in most cases. To ask them, you can politely say: “Yavāshtar, lotfan!” which means “Slow down, please!”

Parts of Iran you should avoid or travel to with caution 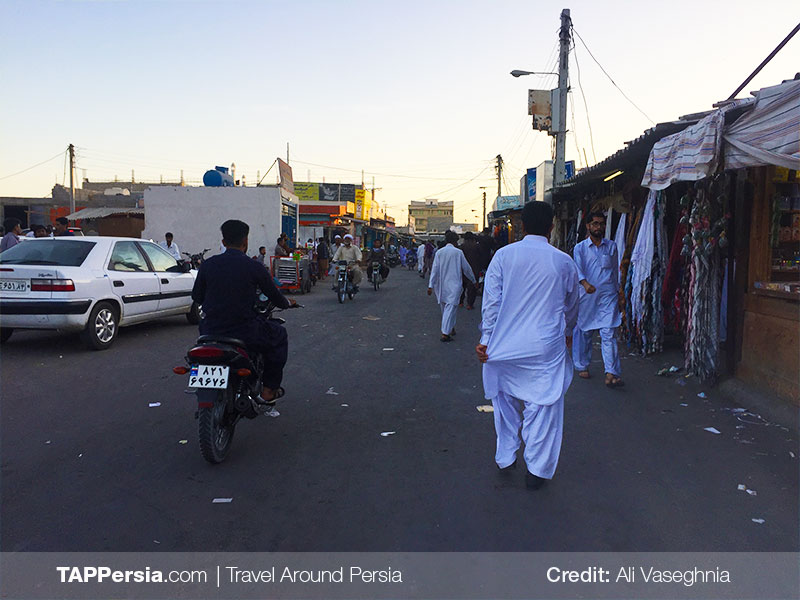 The safety of traveling to the Western regions like Kurdistan or Sistan va Baluchestan region in the East has been always questioned by travelers wanting to visit more non-touristy areas of the country. While some countries ask their passport holders not to travel to parts of these regions, there are still adventurers who choose to explore their beauty. Visiting these areas is an extraordinary experience.

In Western regions, you meet Kurds and Lurs who are famous for their hospitality and fascinating culture which for a good reason, they’re all proud of it. As a matter of fact, many tourists choose to travel to the Western regions like Kurdistan, though it is advised by some sources not to travel within the 50 kilometers range of the Iran-Iraq border.

For a long time, Sistan va Baluchestan region has not been a popular destination among Iranians and foreigners. Although, this is changing quickly as some cities like Chabahar have attracted many Iranian tourists in recent years. Speaking of Chabahar, this part of the region is generally considered as safe as other parts of the country as the government has been investing in creating a tax-free trade zone.

However, if you’re planning to travel to the little-known parts of the region, I recommend traveling with a local guide. Being close to Pakistan and Afghanistan borders and the police struggle with smugglers has kept many travelers from visiting the region. As a result, many stunning parts of the region are yet to be discovered.