Originally built as a personal property, Aminiha Hosseiniyeh is one of the most beautiful well-preserved historical houses of Qazvin. The house was built in 1858 by a wealthy merchant named Haj Mohammad Reza Amini. Most parts of the house were later donated to be used during Muharram ceremonies as an Islamic Waqf. That’s when the property started to be recognized as a “Hosseiniyeh”, a place for the commemoration of Shia ceremonies (in Islam, offering a property or a land for religious ceremonies is common and is known as ‘waqf’).

This stylish house consists of three main halls that are located next to each other. The main hall is in the middle, it is the biggest one and has more decorations than the other two halls. Entering the main hall, the alluring mirror work and the paintings on the ceiling and walls, with the chic chandelier are the first things that easily captivate every visitor.

The halls are separated by colorful wooden “Orosis” (shash windows), and they play an important role in the look and feel of the building. Aside from their magical glamour, when these orosi windows are open (which is what was usually done during the ceremonies), the three halls beautifully blend into each other to make one giant, spacious hall. The orosi windows are also used to absorb the light from the courtyard of the building. Thanks to the rich stained glass used in the windows, the incoming sunlight gives a unique and relaxing touch to the hall’s ambiance.

Under the main three halls of the Aminiha Hosseiniyeh is where the kitchen, store room and cellar are located. These sectors which are free from any decorations, are easily accessible through the property’s northern and southern courtyards and enjoy a cool temperature throughout the year. 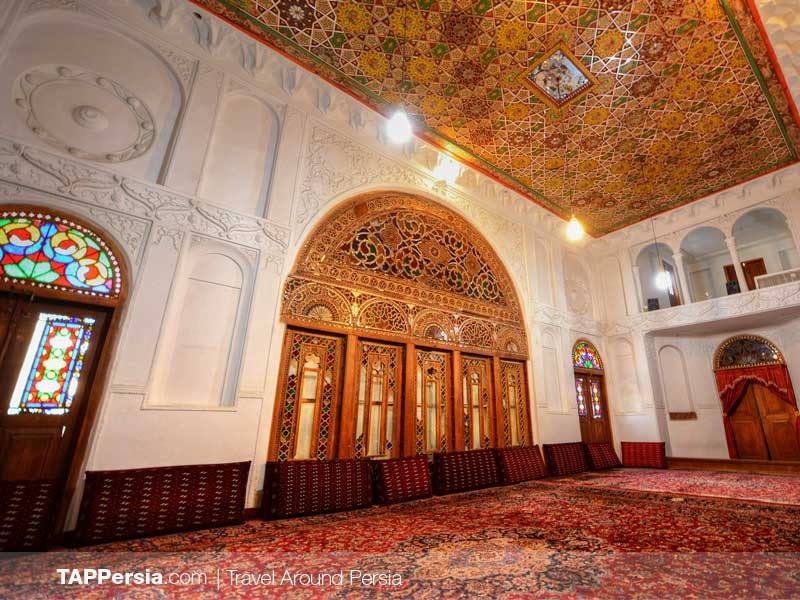 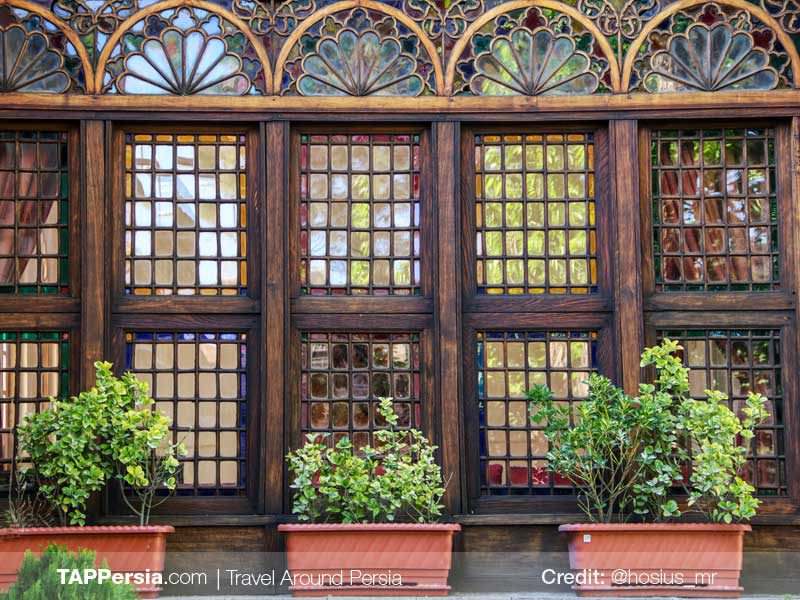 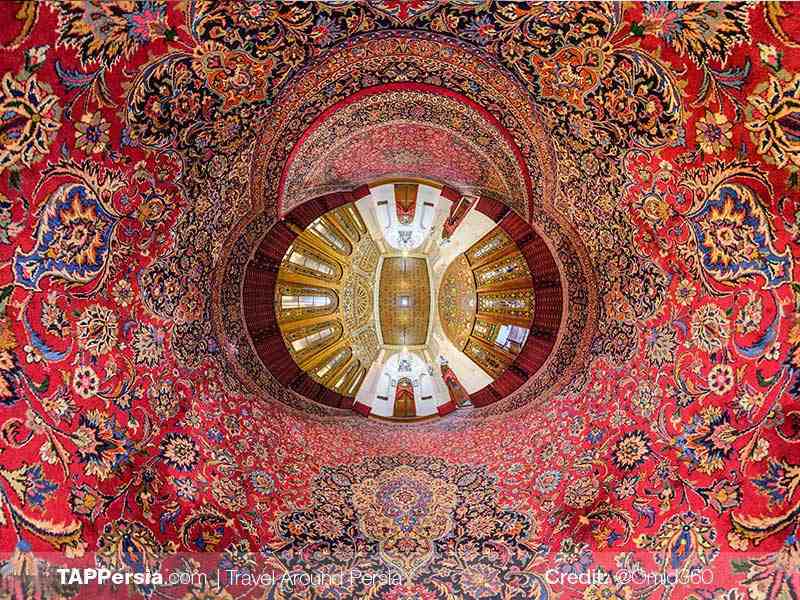 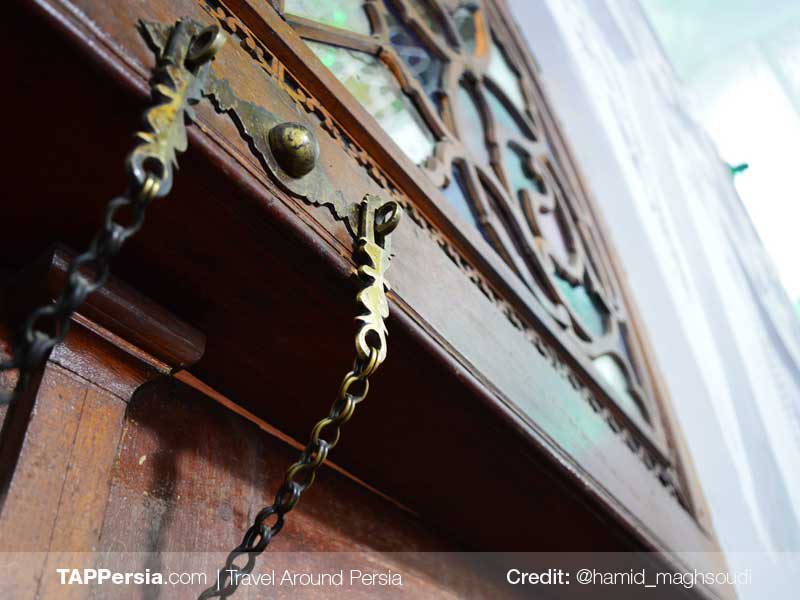