In Persian, “Golab” is the rose water that has been used by Iranians since ancient times as medicine, food, and even perfume. During celebrations and mourning, Iranians use rose, because it makes people relax and pleased. A combination of pink petals and the scent of roses boost the delight of Iran’s traditional religious celebrations.

There are many different halva and sweets that they make with Rose Water in their ceremonies. This explains that why roses and Mohammadi flowers have played an important role in Iranians’ good memories, since old times.

Iran, the Origin of Rose Water 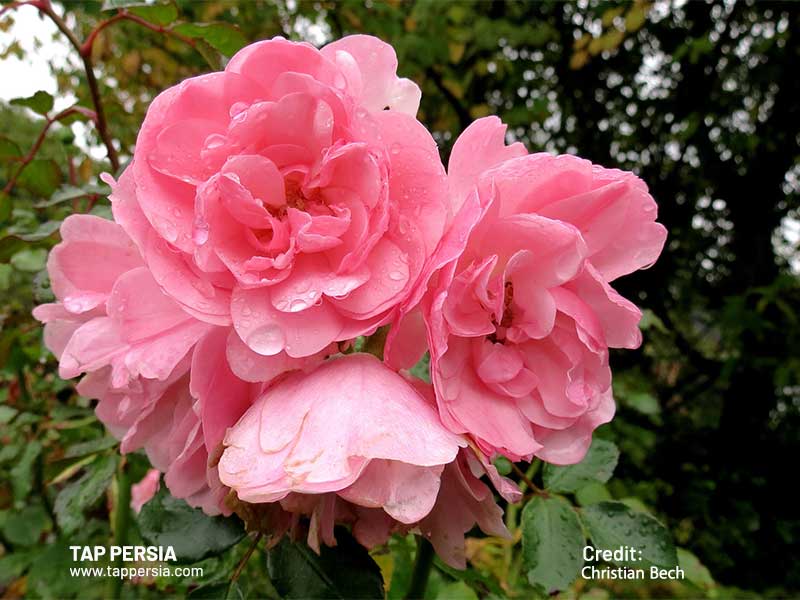 Studies of historical documents and antiquities reveal that rose water has a strong history in Iran. Roses, also known in Persian as “Mohammadi Flowers”, have been cultivated in Iran as a native plant for several thousand years. This ritual is carried out in Iran for over a thousand years and has also become an integral part of Iranian culture. Therefore, Iran has become a leading producer of roses in the world, with a large proportion of its roses exporting abroad. Illustrations of roses on ancient objects, travelogues, and works by historical writers all provide vivid evidence of roses’ long history in Iran.

Avicenna: The First to Recognize the Magic of Rose Water

Avicenna or as Iranian’s call him, Abu Ali Sina, a Persian sage, physician, and scientist, dedicated years of his life to developing distillation methods that would produce essential oils. As a result of his research, he was the first to get rose water from the Mohammadi flowers and called them the essence of roses. 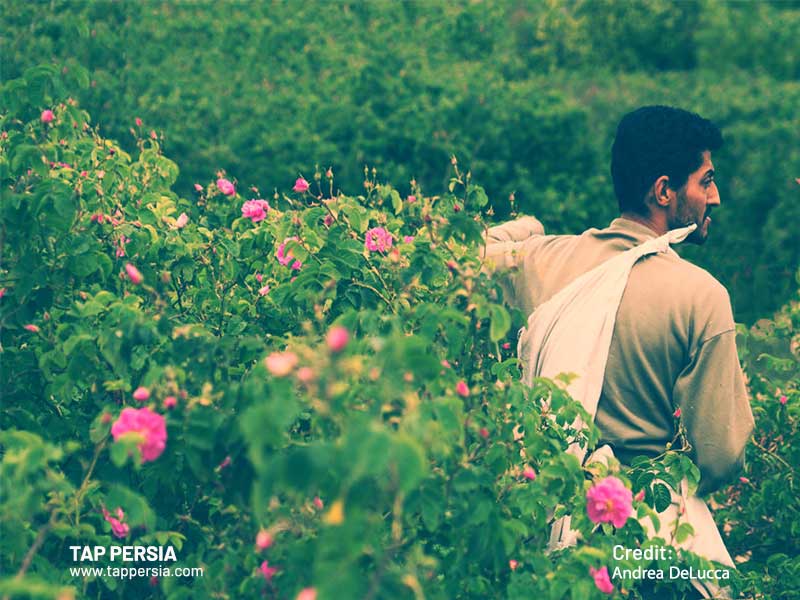 During ancient times, Iranians celebrated flower season by picking Mohammadi blossoms. They held a festival when they picked roses together. Throughout the entire festival, the sound of the instrument echoes in the space.

Once the roses were harvested, they were placed in pouches on cattle and led to rose-making workshops along with instrument playing. Some parts of Iran still hold this celebration in old manners.

Rumi‘s famous poem can explain the significance of the flower-picking ceremony. “The flowering season is over, and now the roses are dried, but the rose water retains the fragrance of the flowers.” 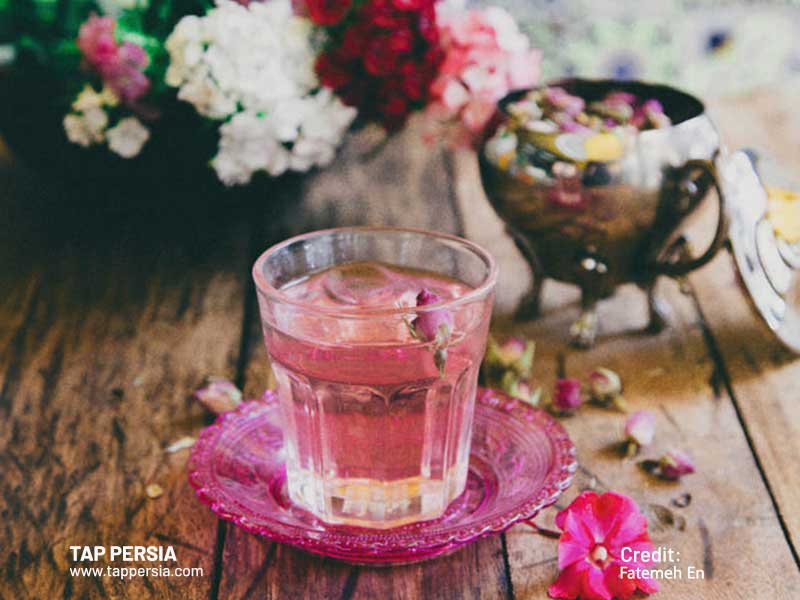 The rose water is prepared by boiling a certain amount of roses in a pot of water, then distilling the water on a still to obtain rosewater. To produce different kinds of rose water, different amounts of Mohammadi flowers have been used. Rose water comes in many types, like double fire, premium, high-quality rose water. Let’s see how they are different:

It’s Not Just a Scent 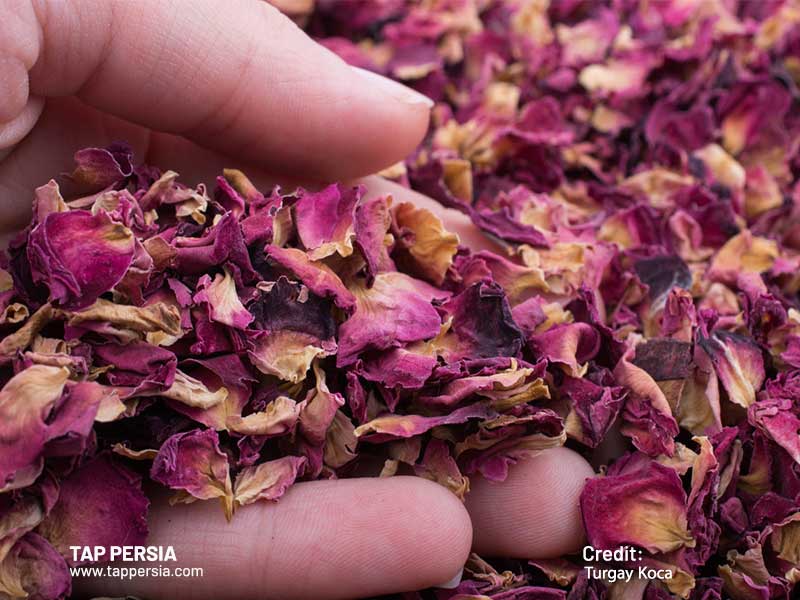 Rose is also used for medicinal purposes as well as dietary use. Edible and medicinal rose water are different from each other, and they should not be used interchangeably. Iranian traditional medicine sees Rose as a warm nature herb and uses it in various sweets and syrups, giving it a comforting effect.

It is also used as a perfume in both ointments and medicines due to its pleasant smell. In traditional medicine, this fragrant liquid is used to relieve stomachaches. The mixture of rock candy with rose water is also used for bleeding and relieving stomach pain and strengthening the abdominal nerves.

Rose rubbed on the skin strengthens the heart, nerves, and senses and relieves headaches. In addition to the various types of rose water that we have mentioned, other products are obtained during the distillation of roses that have found their fans over the years. “Rose Anbar” is a black liquid that remains in a copper pot after distillation. This fluid is used to treat bone pain and muscle cramps. Other rose flower products include rose essential oil, dried petals, dried buds, rose water, oil, and flower syrup can be mentioned.

How is the Original Rose Diagnosed?

The original rose water is clear, without sediment, and its scent is a pleasant smell of rose and has no sour smell. The taste of rose is heavy and slightly bitter, which is one of the most important signs of the originality of rose water.

The Story of Rose Water 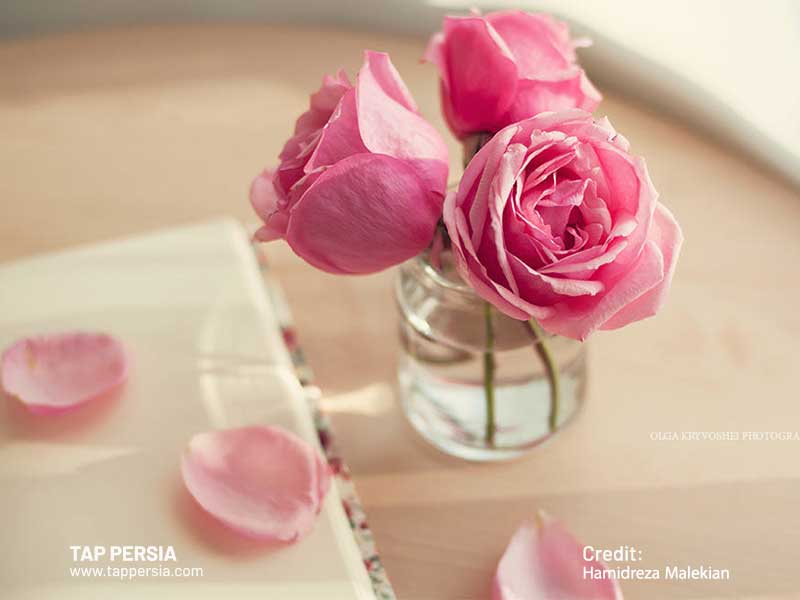 According to documents, travelogues left on pottery, and drawings left in poems, the rose dates back about 7,000 years. There are old references that indicate that the name of this industry originated in Meymand in Fars province.
The rose was first seen in Iran until 350 years ago when it spread to other parts of the world. In the early Safavid period, when the Ottoman government was Iran’s neighbor, all the rose water collection devices were taken to Turkey, then Syria, and Bulgaria.
According to a story, red roses were picked from the highlands of Ghamsar and brought to Damascus by a Greek ambassador to Eastern Rome and also grew there. So that’s why the Iranian rose is also called the Damask rose.

Going to a Rose-Picking Festival 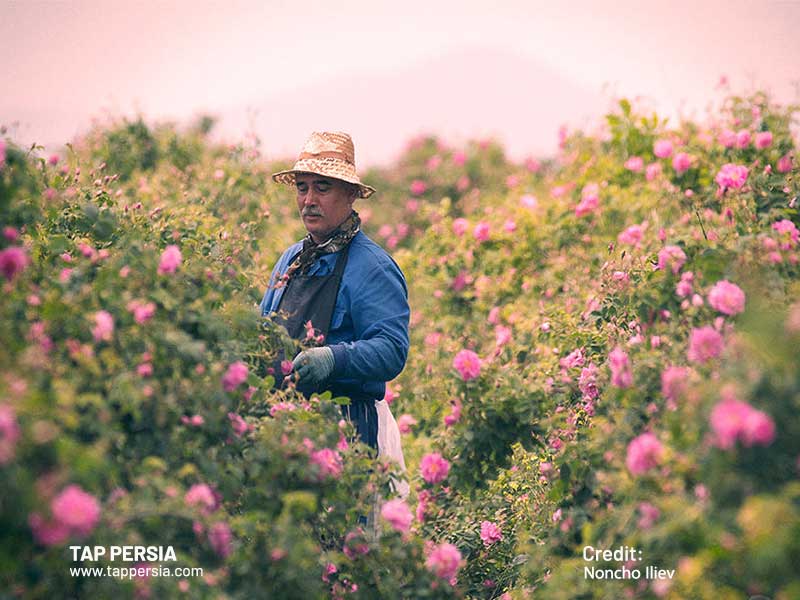 Iranians have two cities where the largest flower festival is held. The first one is Meymand in Fars province and the second one is Ghamsar in Kashan. A rose-picking festival is a very important event for Iranians that is held in the middle of May.

In this sense, Meymand is visited by visitors from all over Iran. Their flower fields are not only used to pick flowers but also to produce jams and honey.
Kashan is famous for its rose-picking in early spring. More specifically, the rose-picking time is from May to mid-June.

While you are in Kashan, you cannot miss the rose-picking festival. It is best to listen to the news if you want to be aware of the time of Kashan rose picking, as it depends on the growth and blooming of flowers. At the same time that Kashan is filled with the scent of roses, the ambiance of the city changes and the city becomes a different place. Many visitors travel to Kashan either on a tour or by private car to see the rose-picking festival and return it to their home city or country. 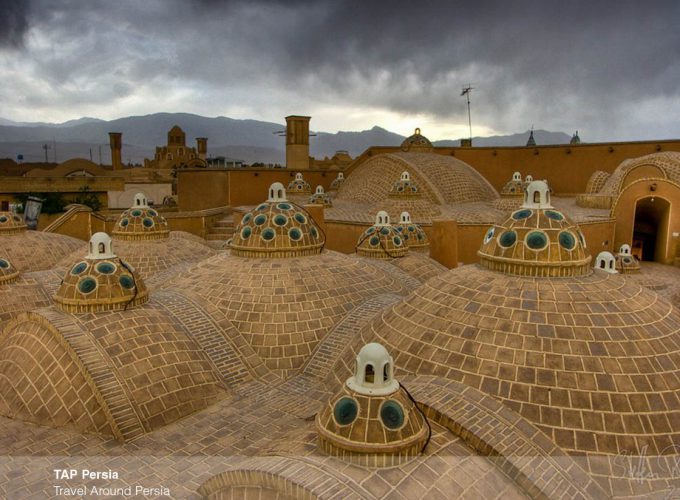