The historical bridges of Isfahan are among the most iconic landmarks of this city. Among these bridges, Si-o-Seh Pol and Khaju Bridge are definitely the most loved ones. Khaju Bridge, with its unique architecture and multi-purpose design is considered the city’s finest bridge. The important thing to consider when talking about Khaju is that it has been used in many ways other than its main purpose. It was a dam to control water, a temporary royal residence, was a place for public meetings, housed a dedicated throne to the king in the center and enjoyed the unmatching vibes underneath it which still up to this date can be observed.

Khaju Bridge was built around 1650 under the rule of Shah Abbas II of the Safavid Dynasty (1501 – 1722). As the major plan of transforming Isfahan to the Safavid capital, a number of bridges were built on top of Zayanderud River. Khaju Bridge was built on the ruins of an older bridge in the same location. The Shah wanted the design of Khaju Bridge to be unlike any other monument in the city, that’s why a small pavilion was built in the center of it. Due to its ideal location, Khaju Bridge provides beautiful views of the city and for the exact same reason, Shah ordered the pavilion to be built so he could sit down on the stone throne and enjoy the views of the city and its surrounding landscape. The remaining of the broken throne is still in its original place.

The central pavilion was built with rooms so it could be used as a temporary residence for the royal family, too. A number of public meetings would also be held on this bridge and in the pavilion. The pavilion and bridge were decorated by a number of tile works and paintings that can’t be found in any other bridge in Isfahan. Some of these paintings are still visible on the walls of the pavilion. There are two stone statues of lions standing on each side of the Khaju Bridge. They are Identical and legend has it that the lions’ eyes glow in the midnight.

Safavid architecture is famous for its exemplary strength. That is one of the reasons that many of the buildings, caravanserais and monuments from that era are still standing strong. The same rule goes on for Khaju Bridge which also, like many other monuments in Persian architecture, follows the symmetry design. The bridge is 133 meters longs and 12 meters wide. Its foundations are on a solid stone layer and has been designed to absorb the power of the flowing river. Thanks to its intelligent design, the bridge has been standing strong for hundreds of years. Also Arthur Pope (1881 – 1969), the famous American expert on Iranian art has been buried close to the Khaju bridge along with his wife.

Khaju Bridge is more than a historical monument and a bridge. There is an ongoing liveliness in this spot that probably might not be found anywhere else in the country. As a long tradition, Isfahanis gather underneath the bridge to relax and enjoy their evenings. The lower level of the bridge and under the arches is where almost every evening and mostly in the weekends, people come to picnic, sit down and sing. You will experience magical sounds in a laid-back atmosphere. 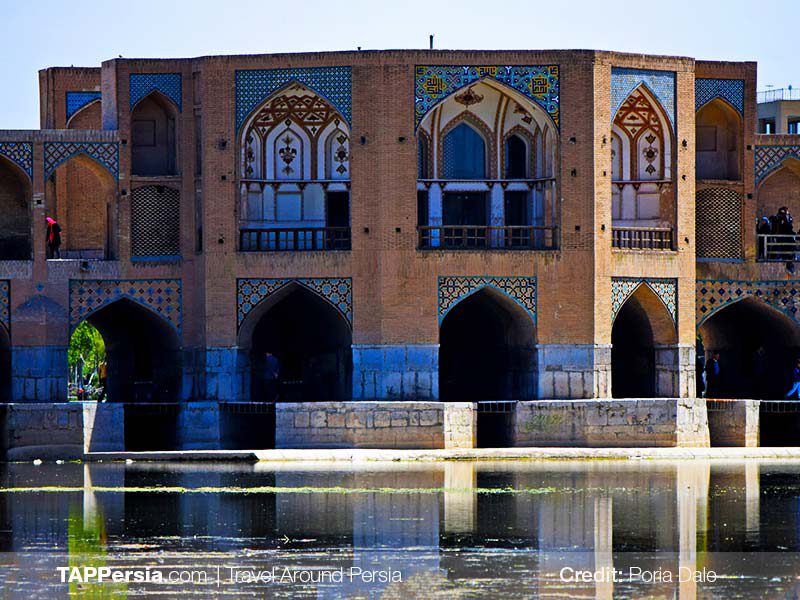 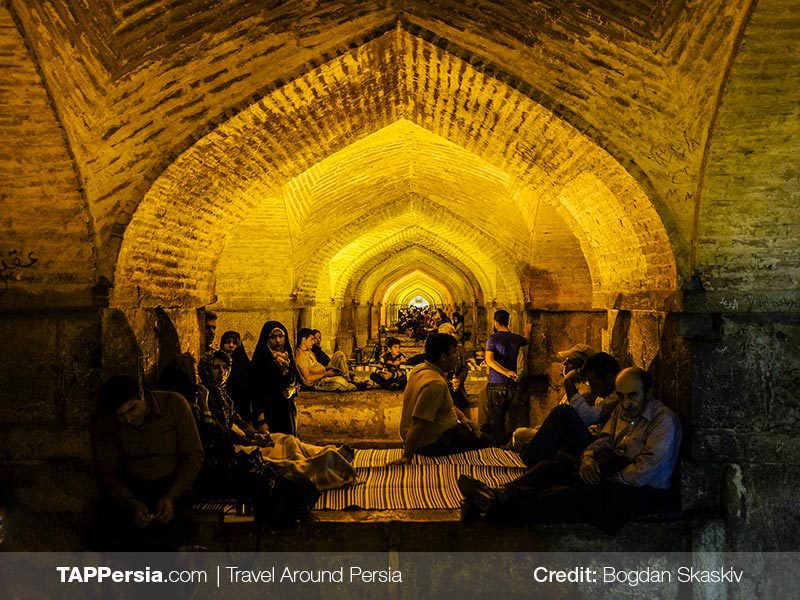 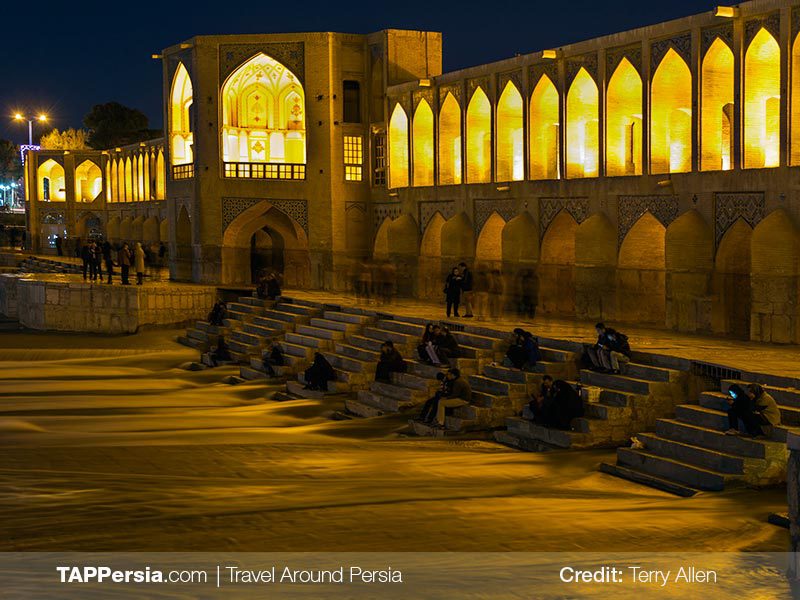 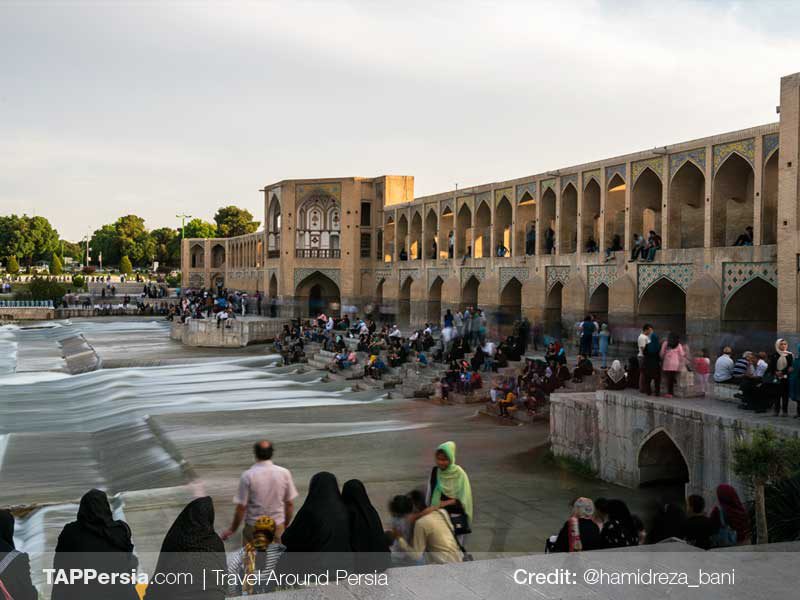