An ancient city full of historical traces lies in a plain, 110 km from south of Shiraz. Ardeshir, the founder of Sassanian, defeated the Parthian King, Artabanus V and started his own kingdom. He built the city and named it Ardeshir Khoreh which meant the greatness of Ardeshir. It was round-shaped to be a symbol of the earth because Ardeshir wanted to show that he can conquer the whole world. They surrounded the city by constructing some walls around it and four gates. Also, some castles and palaces were built for the king and courtiers’ accommodation. Today, they call this city Firuzabad. 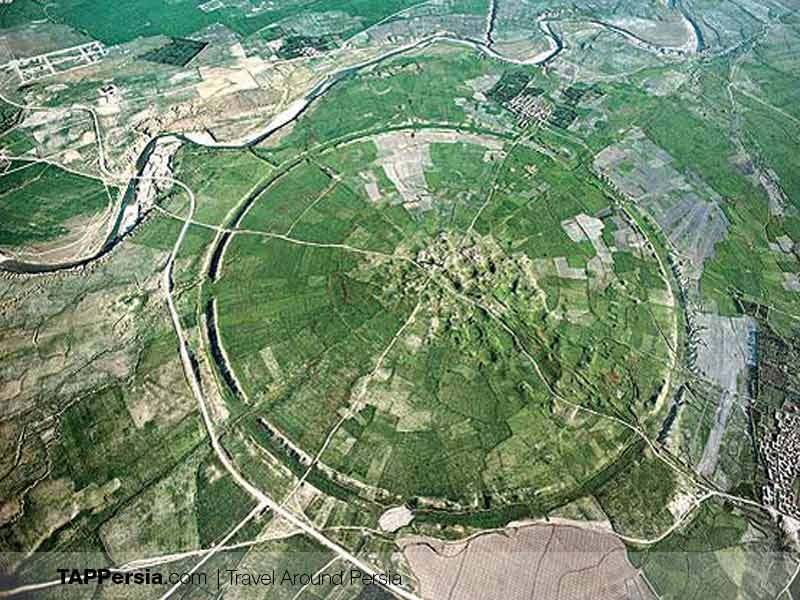 A minaret located in the center of this round city is called Monarmilou. This minaret is about 33 meters high but it used to be 78 meters when the city had inhabitants. The archeologists believe on the top of this minaret and on each side of it there used to be two rooms and a porch. The water transfering to its top over 6 km distance was achieved through a fountain. Different functions are assumed for this minaret. Some believe it was the symbol of kingdom power and some think it used to be a shrine for Zoroastrians. The minaret’s old name is Gonbad Girman and the materials used in it are plaster and granite. 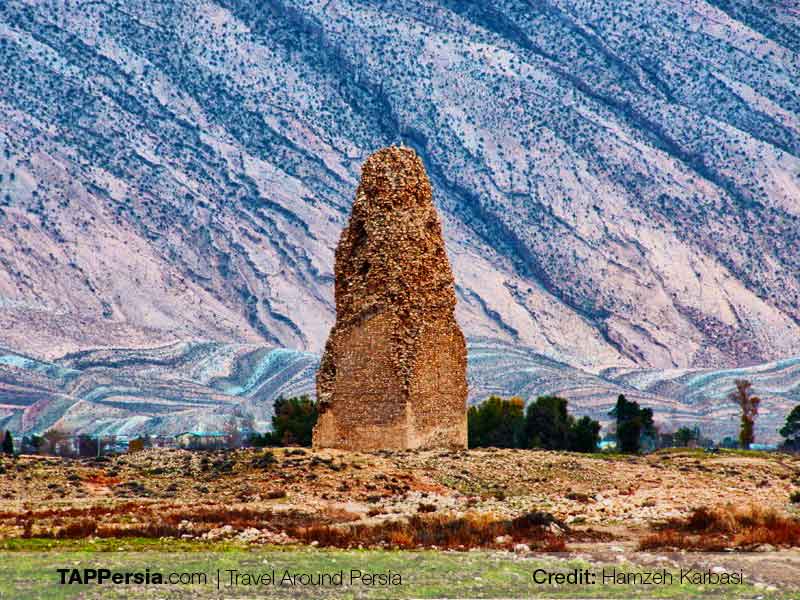 If you are interested to know about the oldest observatory in Iran, which is a scientific masterpiece of Sassanid time, I should say it’s right in Firuzabad. It was discovered by digging the city after many years. Persia had a great development in astronomy then and the city used to be one of the most significant centers so it’s very plausible that they built such a wonderful construction to watch the stars. Near here, we can see the remains of a destroyed palace belonging to Ardeshir. Four colorful designs are carved on one of the palace’s walls. These designs include two princes and two princesses which are mostly green and red ochre and it’s stunning that after 2000 years, the colors have still stayed intact and visible. 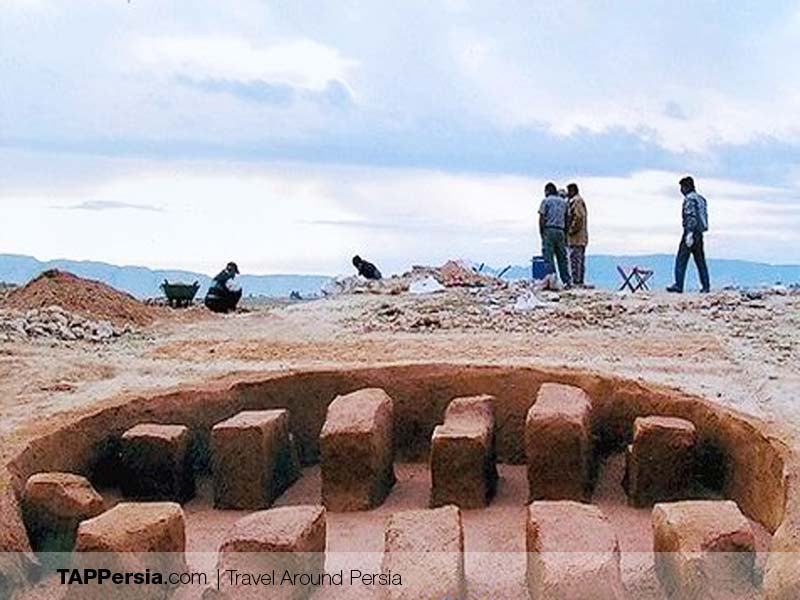 The girl castle is the first construction established by Ardeshir, placed on top of a mount called Tangab. The entrance way is a staircase, which has been rebuilt recently and different stairs inside the castle connect its rooms to each other. The castle materials are stone and plaster and the beautiful carvings, vaulted roof and high walls are amazingly inspiring.

Although it was built for military purposes, some resources suggest that it was also a place for worshipping Anahid goddess and that’s why it’s called the girl castle. The castle consists of 3 main floors. The first floor was a place for guards and the warehouse, the second floor was used for courtiers and the third one was for the king himself. Ardeshir used to live there at the beginning of his kingdom.

On top of the mount and beside the girl castle, there’s a temple called Naqareh Khaneh, which belongs to the Sassanid era. It’s made of plaster and stone and consists of 4 pillars and four entrances in arched shapes. The temple height is 9 meters and built in a symmetrical figure. 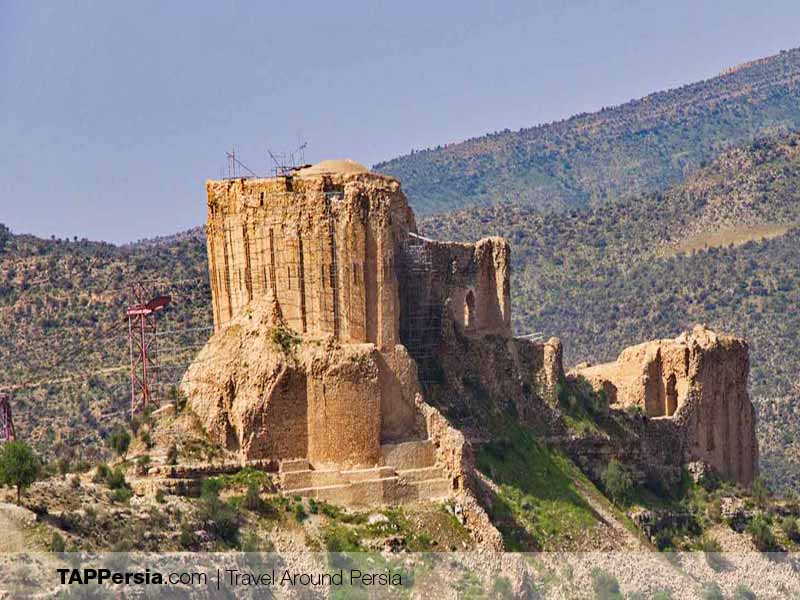 Near the girl castle, there’s an old ruined bridge, built by Mehr Narseh, who was one of the first and powerful ministers of the Sassanid Empire. On the top of the bridge, there’s an inscription that explains how this was constructed. “This bridge was built by the command of Mehr Narseh, the great commander, who paid all costs for this. Anyone passing here blesses Mehr Narseh and his sons. By God’s help, there won’t be any fraud or dishonesty there”. 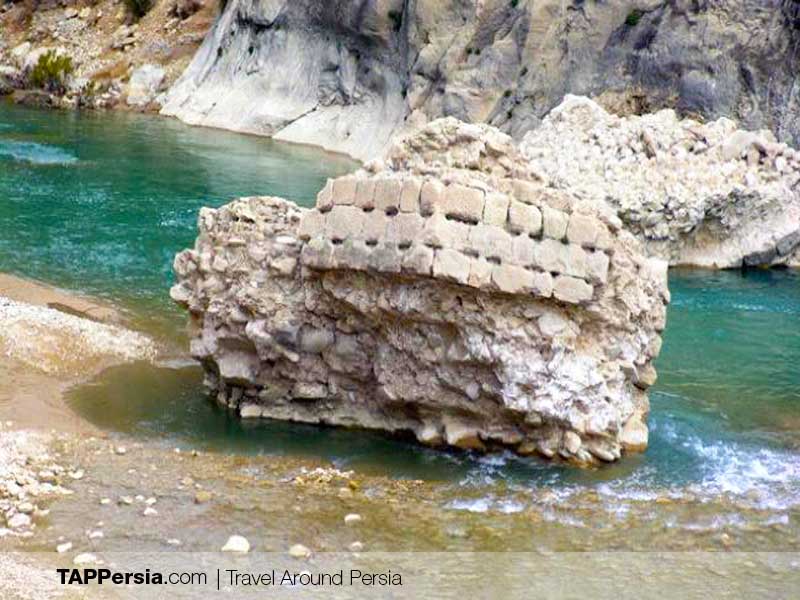 At the other side of the bridge, on the foot of the mountain, you can see a high relief even from long distance. It’s four meters high and illustrates the coronation of Ardeshir. Ahura Mazda (God of Zoroastrians) is dedicating the power ring to Ardeshir. Shapour the crown prince and two other princes are standing behind Ardeshir. Another high relief exists 2 km away from this one in the same mountain. It shows combat between Ardeshir and Ardavan when Ardeshir is winning. You can also observe a stone-pavement inside the mountain, which was one of the most important connecting routes from Sassanid time. 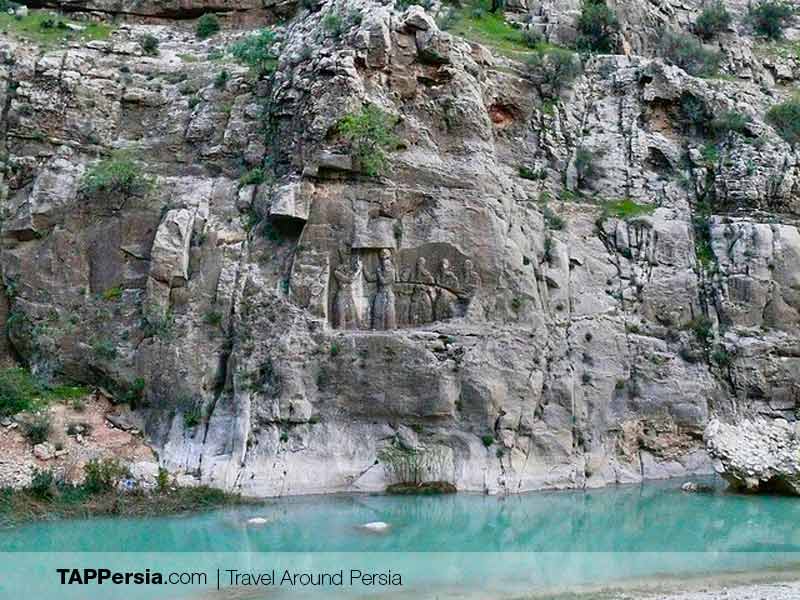 There’s another palace near a lake established by Ardeshir. It’s one of the most magnificent monuments of the Sassanid era. The sound reflects under its high vaulted roofs, this can easily amaze any visitor there. It has three halls and the decorations inside the halls are similar to Takhte Jamshid’s. The central hall was a dais connected to a porch. The walls are four meters high in some parts and the immensity of this palace is admirably impressing. Also, a fire temple on the east side of the palace is still visible. 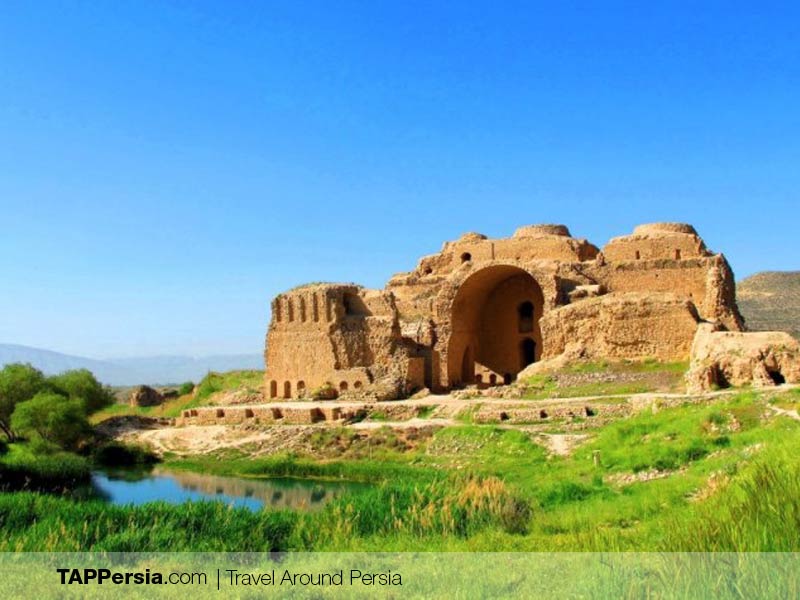 Apart from historical sites if you’re one of the nature lovers, there’s a vivacious valley, 35 km away from southeast of Firuzabad. The valley, called Tange Kherqe has rich flora with many springs and fertile lands. Some nomadic tribes live in the same region and they have a unique special lifestyle which is very attracting. One of the natural interests, significantly visited by many travelers, is Kherqe waterfall and it’s located in the same region. 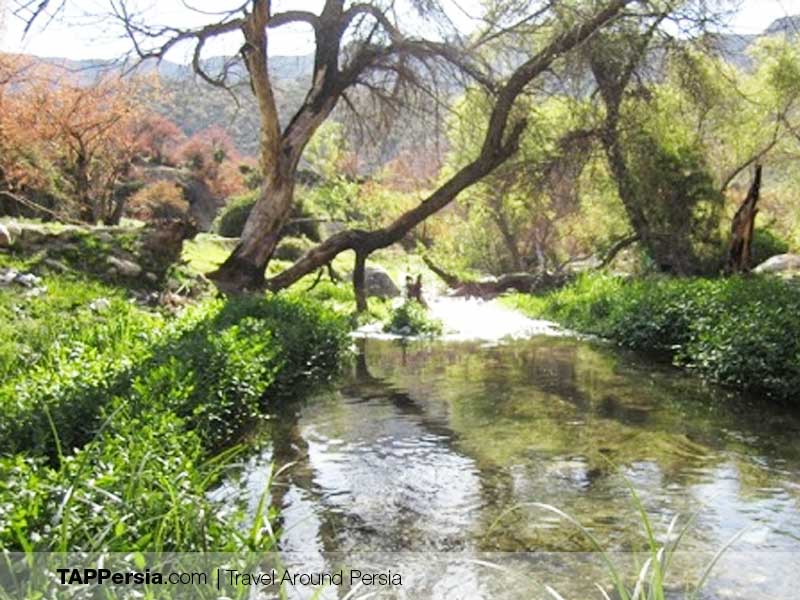 In recent years, modern Firuzabad has flourished even more. Since it’s placed in an industrial area and on the Persian Gulf route, many business and recreational projects are being processed in this city. The journey to Firuzabad can have many aspects, it’s an experience mixed with history, nature and recent lifestyle. We can say with confidence that it’s a full package to get familiar with Iran.