In case you are heading to Iran, Shiraz must be on top of your bucket list since it is a wonderful city offering its visitors a huge range of cultural, historical, and natural landscapes. Shiraz, the cradle of art and poetry, has undoubtedly a lot to offer. From serene and peaceful gardens like Eram Garden and Delgosha Garden to magnificent tombs and shrines including Tomb of Hafez and Ali Ibn Hamzeh Holly Shrine.

Built in the 19th century to honor Ali Ibn Hamzeh. He was Shah Cheragh’s nephew and was a sacred figure among Shia Muslims. Ali Ibn Hamzeh was also running away from Abbasi Caliph and found shelter in a cave in Shiraz. He used to collect lumber during the day and go to town to sell them. One day the soldiers of the king in Shiraz recognized him and decapitate him. They sent his head to Iraq and buried his body in the current shrine’s place.

The Features of the Shrine 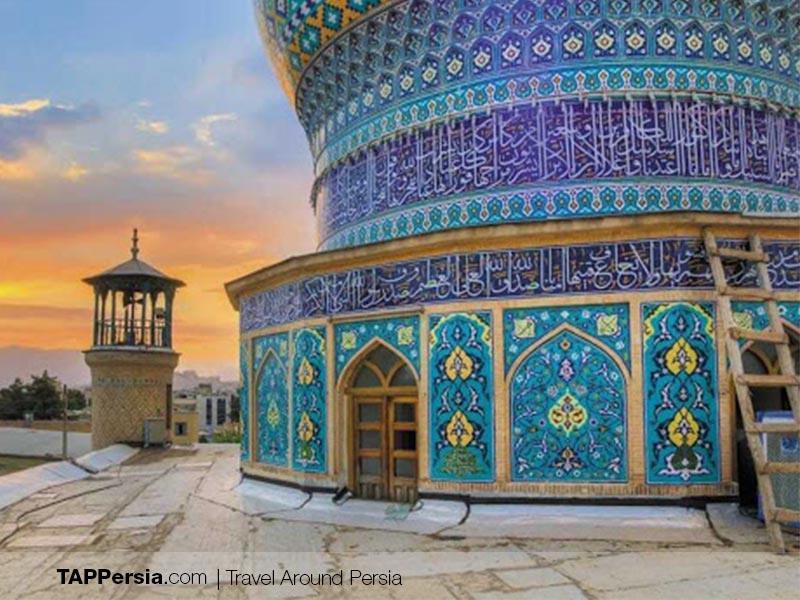 It encompasses two minarets, a vestibule, a courtyard, and an exterior dome. The stained glass windows and delicate wooden door are some eye-catching features of the shrine.

Having an attractive dome, the Ali Ibn Hamzeh Shrine has a dazzling mirror work that catches every visitors’ eyes, especially at nights. There is also an impressive mirror hall that surrounds the tomb with a huge green mirror. Truth be told, it is a great embodiment of Qajar mirror work in case you had not had the chance of visiting a Qajar masterpiece.

There is this beautiful fountain in the courtyard garden that leads you to the small yet staggering shrine. The wall of the shrine and the domed ceiling is amazingly covered with mirror tiles. The serene atmosphere will bring about a peaceful feeling for you to spend a few minutes there.

When is the Best Time to Visit Ali Ibn Hamzeh Shrine? 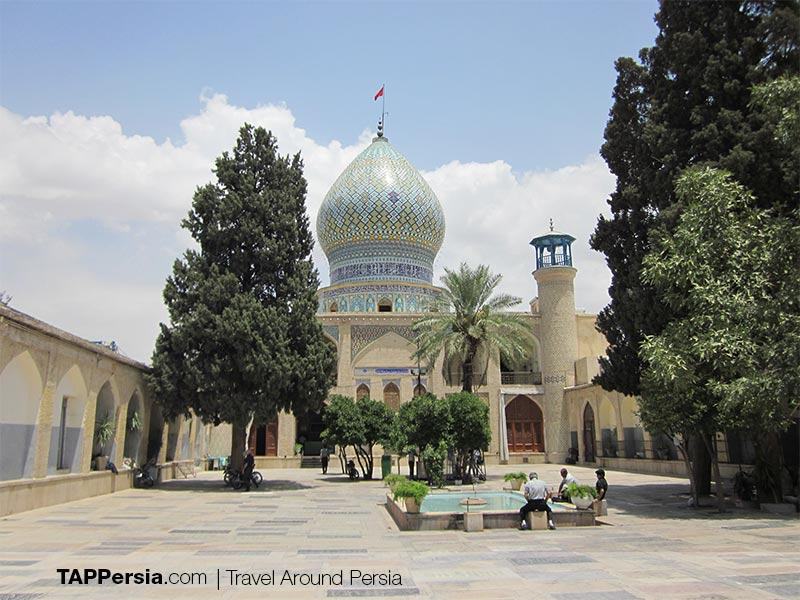 It is a 5-minute distance from the Tomb of Hafez. So, you can easily reach there on foot. It is good to know that Shia Muslims typically say their prayers in the shrines, so in order not to disrupt anybody praying, it is better to move from the back of people and not in front of them.

There are two separate sections in the shrine for men and women. Bear in mind that like any other holy shrine in Iran, women need to wear a Chador which is also provided by the shrine itself and you would not need worrying about where to find or buy a Chador. The good point is that they allow photography in this shrine.

Since it is a shrine, almost all times of the year sounds good to visit Ali Ibn Hamzeh Shrine. Shiraz is in the south-west of Iran; so, bear in mind that the best months to visit this city are March to May, September, and October; so that you’d be able to enjoy the fragrant orange blossoms, lush green gardens, and pleasant weather.

Besides, there are so many other must-see attractions in Shiraz that you should visit including Jahan Nama Garden, Eram Garden, Tomb of Hafez, Pasargadae, and Persepolis.