Isfahan grew at an astounding rate in the16th Century. The city with many green spaces along the Zayandeh Rud River overflows with beauty. All these characteristics make Isfahan suitable for a night walk or in the afternoon after you had a cup of Persian tea. Join us to go through the 8 places to walk in Isfahan. The city was home to the Safavid dynasty for almost a decade. They describe Esfahan as half of the world which means if one has seen Esfahan they have seen half of the world. Here are the 8 Places to walk in Esfahan. 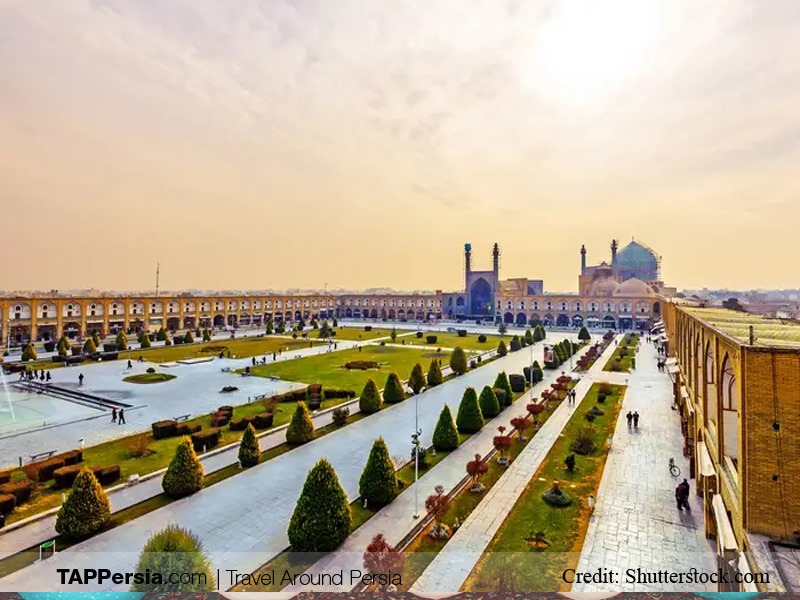 This enormous square is in the shape of a rectangle located in the city center named “Naghsh-e Jahan”. The name means ”pattern of the world”. The square was built in the 16th century by the order of Shah Abbas-the Safavid ruler- to show the main principles of his new emperor: Religion, Economy, and Government by building a mosque, a Palace and the bazaar all over the square respectively. The three mentioned poles should be enjoyed, an interlocking relationship to be fully effective. Almost four dynasties have enjoyed the beauty and renovated it over the years of difficulties and war. Over the decades, people came to the square not only for shopping, selling, and saying prayers but also to gather and talk about the daily situation or find the chance to meet the king.

You should probably visit this magnificent square in the day so that you can visit all historical sites including the Shah Mosque, Sheikh Lotfollah Mosque, and Ali Qapu Palace. However, you will definitely find your way back here at night to see the blue minarets dome in the lights of the moon. 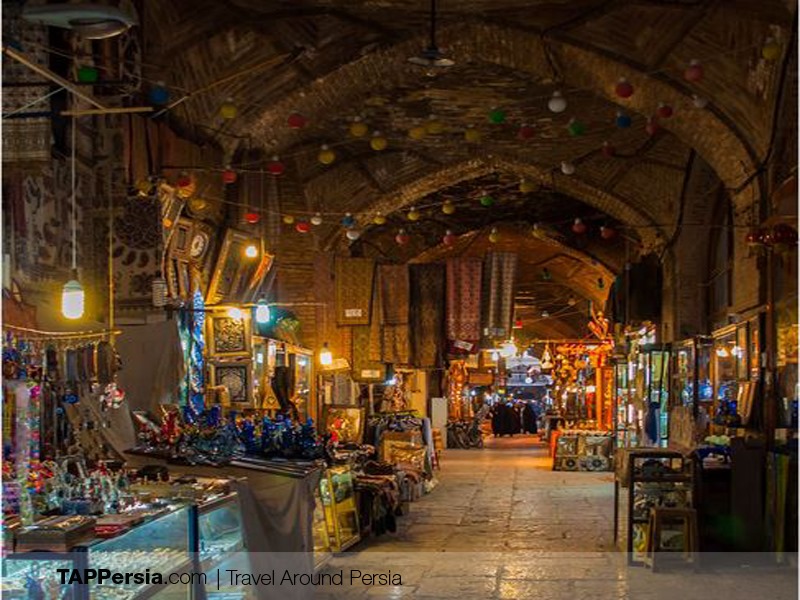 What can be better than getting lost in one of the oldest bazaars of the time followed with multitude corridors and pathways with long, high-rise lofty fomes. Life in the bazaar was gradually picking up due to the sunshine and calls you to explore, experience and enjoy. Follow the scents and color which leads you to all the things you ever needed or might need in the near future. The shops filled with eye-catching and tempting goods with golden and silvery colors creates a fascinating setting. The Interesting part about the bazaar in the northern part with different parts for each item. Help yourself to explore each part patiently and enjoy the middle eastern architecture. 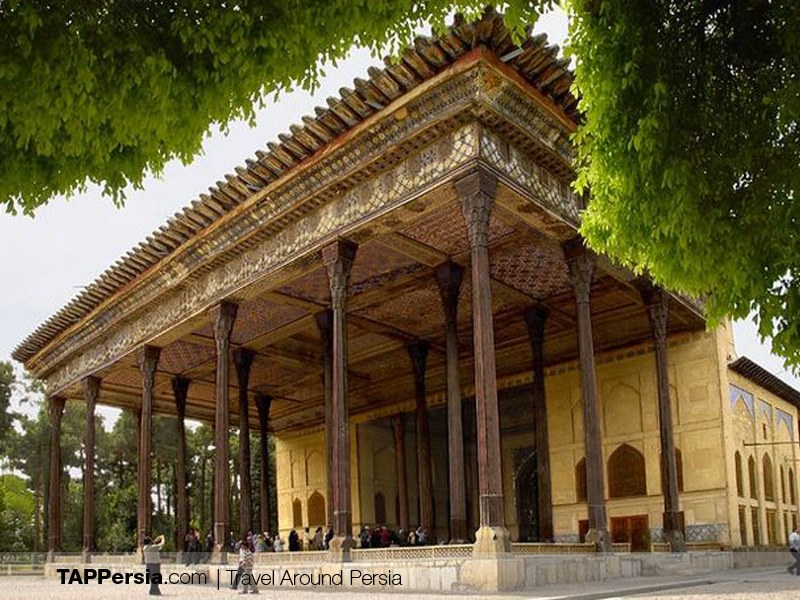 In the central part of Esfahan, in Ostandari Street, one enters a heavenly garden with five hectares area through the eastern gate in the middle of the garden called Chehel Sotoun Palace, literally meaning 40 columns. The palace seems like a drop in an endless sea of creativity and enormity. It was built to function as a ceremonial palace and facing a huge pool with a capacity of 3000 cubic meters. The palace has resorted to different stages. During the last one, it was reinforced by steel columns inside the original wooden ones. While visiting the gorgeous palace you can rest at a cafe in the corner of Sepah street and enjoy a sip of Persian tea and sweets in a traditional cafe in the western part of this vast garden. 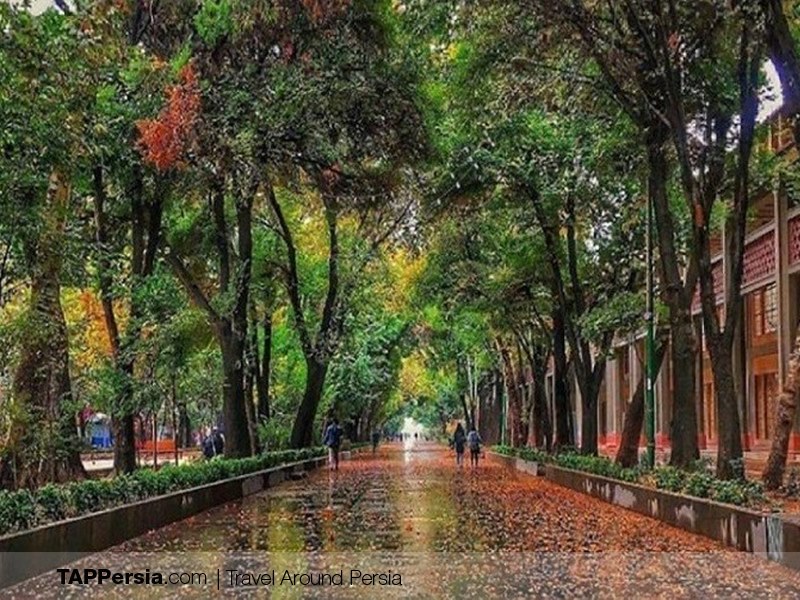 The Charbagh primarily functions as a major economic center in Esfahan, which has a large number of shopping centers and cinemas for strolling down or shopping. The street is closed for pedestrians and cyclists who want to stroll under the Plane and Elm trees sitting on the benches in the middle of the boulevard and enjoy a nice ice cream from the Shops around or buying sweet corn in the middle of the day. 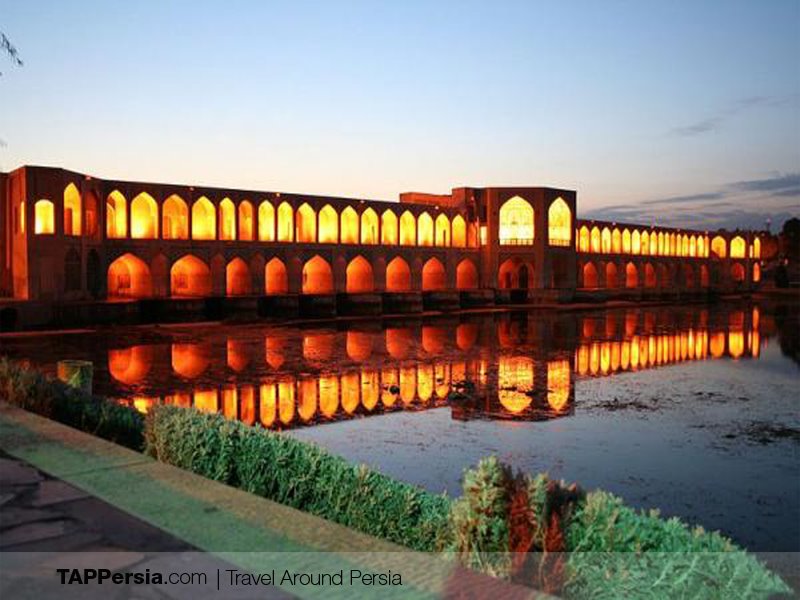 The double-decker bridge of Khaju has been decorated by polychrome tile on the upper external and internal arches filled with geometric designs on top of Zayandeh Rud. The upper deck is designed for a fast walker crossing the river and the lower one for recreation. Perhaps the best description of the bridge is one of the most significant Iranian Architectural products that attract locals and travelers to sit and communicate in the lower part. 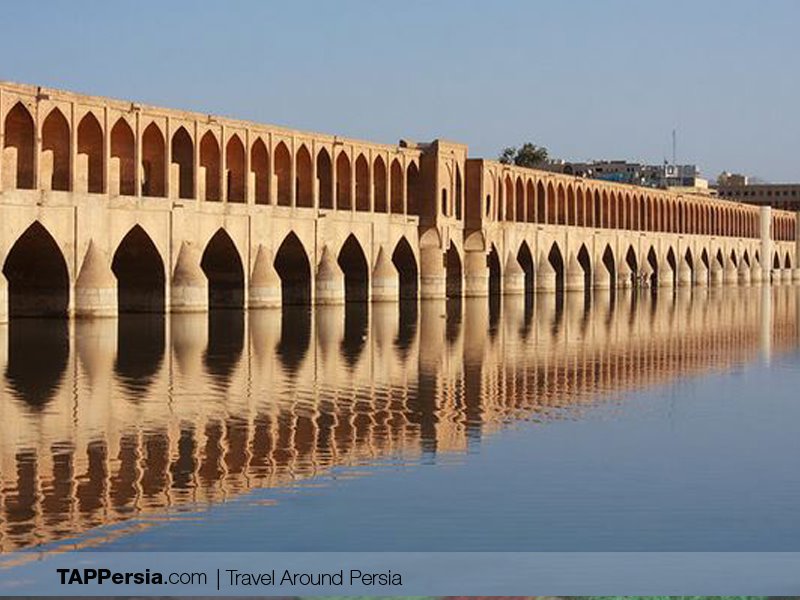 The historical bridge of Sio-Se-Po(33- arches) over the Zayandeh rood which is three times as large as Khaju bridge is considered as the largest Iranian construction on the water. There are many narrations and interpretations about the number too. According to the Zoratrians’ belief. One can enter heaven by the way of through the 33gates. 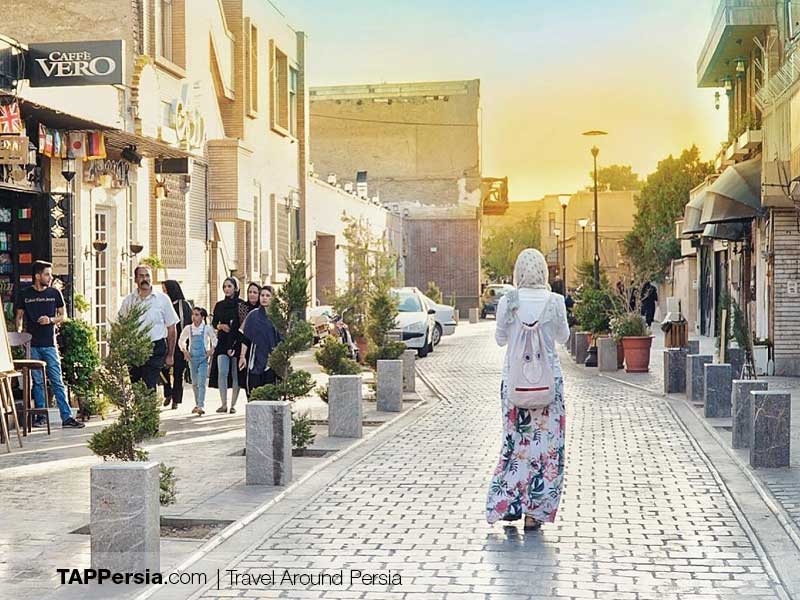 The quarter has built specifically for Armenians who immigrated from Aras Jolfa to Esfahan. At present, Armenian-Iranian lives there and it became a local hangout spot too. The masterpiece of the neighborhood is the paving streets and alleys surrounded by delightful, luxurious and welcoming cafes with exquisite decorations and choice of food and desserts. Vank Cathedral, one of the most marvelous attractions of Isfahan, is located in this part of the city too.

Salamat Pedestrian Road – A Great Place to Walk in Isfahan 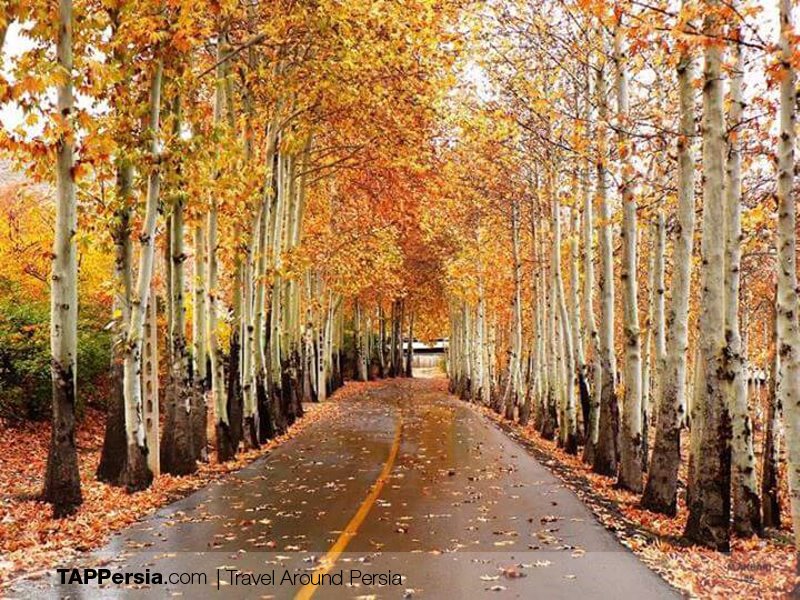 Amongst the spectacular sites in Esfahan, Nazhvan Forest Park is a different one. Nazhvan Forest Park is the largest park in Isfahan Province giving the opportunity of different facilities to all interests including an aquarium, features great bird garden, reptile garden, Nazhvan Amusement Park and the Salamat Road which has been designed for walking and cycling. This is the side of the city you won’t suffer from pollution and also can enjoy the stream of Zayandeh Rud on both sides of the forest. So you can see it is the suitable place to walk in Isfahan.